What Happened to the Great Library of Alexandria? Learn About the Rise and Fall of This Ancient Institution

Modern-day view of the ruins of the Serapeum of Alexandria, which is considered to be the daughter structure of the Great Library of Alexandria. (Photo: from Cortyn/Shutterstock)

The famed ruler left an enduring legacy that goes well beyond his immense military prowess. After his death 323 BCE, the vast Macedonian empire was divided into several different kingdoms with new rulers, and Ptolemy I Soter (c. 367-282 BCE) became pharaoh of Egypt. His desire to promote Hellenistic culture and make Alexandria a capital of knowledge and learning inspired the creation of the Great Library of Alexandria—one of the largest and most influential libraries of the ancient world.

At its peak, the library is estimated to have housed between 40,000 to 400,000 Greek and Egyptian scrolls, which is roughly equivalent to 100,000 books. Numerous Greek scholars flocked to the library to work, contributing to Alexandria’s reputation as a leading city. Eventually, the library accumulated so many documents that a daughter temple called the Serapeum was erected to house some of its collection. However, while the ruins of Serapeum can still be seen today, nothing is left of the Great Library of Alexandria. Many believe that it was destroyed in a cataclysmic fire. In actuality, however, the dissolution of the library was much more complex. Here, we will look at the events that led to its rise and fall.

Creation of the Great Library of Alexandria 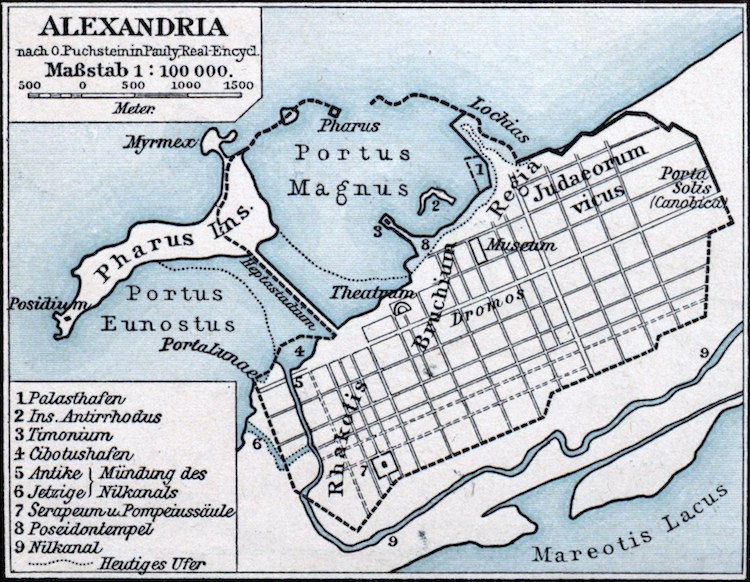 Map of ancient Alexandria. The Mouseion was located in “Bruchium.” (Photo via [Public Domain])

While the original idea for the Great Library of Alexandria may have come from Alexander the Great himself, it was during Ptolemy I Soter’s reign that construction of it began. It was a part of a larger institution called the Mouseion, or “Institution of the Muses,” which included rooms dedicated to music, poetry, philosophy, anatomy, and astronomy. 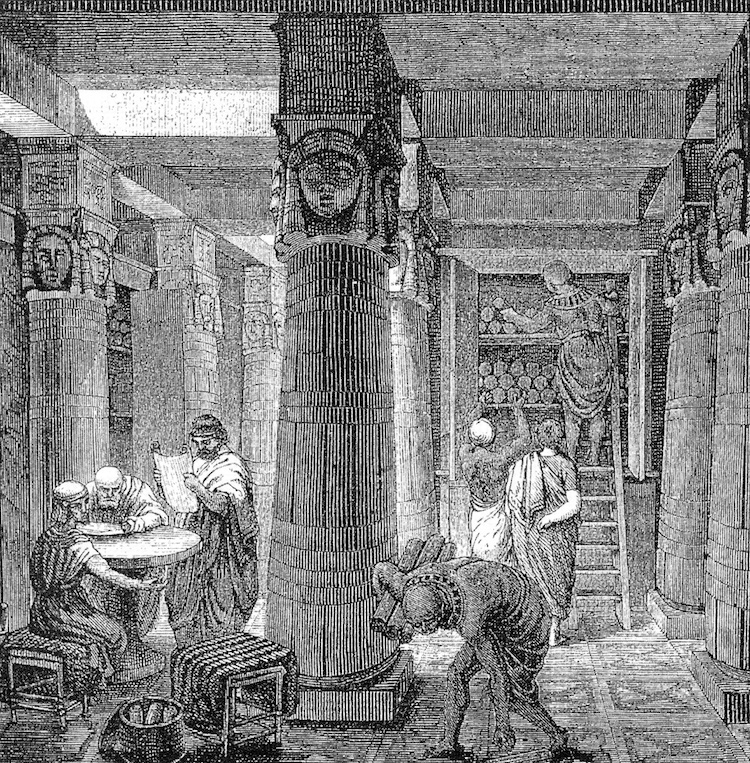 The library and Mouseion were most likely completed after Ptolemy’s death, sometime during Ptolemy II Philadelphus‘s (c. 309-246 BCE) reign. Afterward, he and the Ptolemaic rulers that followed him began accumulating texts by sending out royal agents with large sums of money to buy as many documents as possible, regardless of subject or author. This strategy was extremely effective, and the library rapidly expanded its collection—eventually requiring the construction of the Serapeum in the 3rd-century to contain some of its scrolls.

As the reputation of the library spread throughout the Mediterranean, Greek scholars flocked to the Mouseion to work and study. It held great appeal; not only for its tremendous assemblage of scrolls but also for its academic freedom, as the library and Mouseion were not affiliated with any particular philosophical school. Additionally, all scholars who studied at the institution received free meals and free room and board. Some of the most notable people that are known to have worked at the Mouseion include Archimedes, Euclid, and Hipparchus. 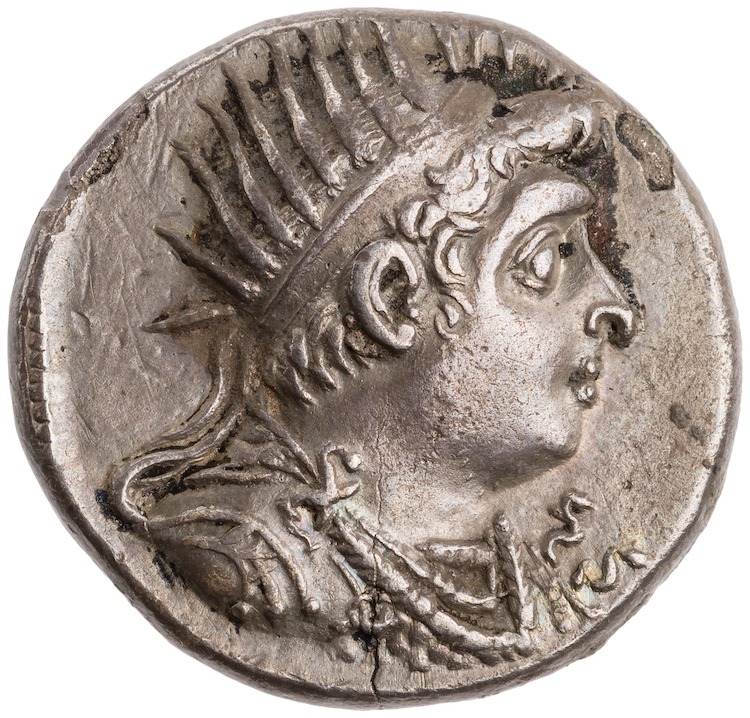 In 145 BCE, the sixth head librarian, Aristarchus of Samothrace (c. 216- 145 BCE), became involved in a dynastic struggle between two Ptolemaic rulers. After Ptolemy VIII (c. 184-116 BCE) came to power, Aristarchus and all foreign scholars were expelled from Alexandria. This scholastic purge forced academics to find or establish new places of research throughout the Mediterranean. As a result, the influence of the library and Alexandria began to diminish—no longer seen as the center of knowledge—and fewer scholars desired to work or reside there. 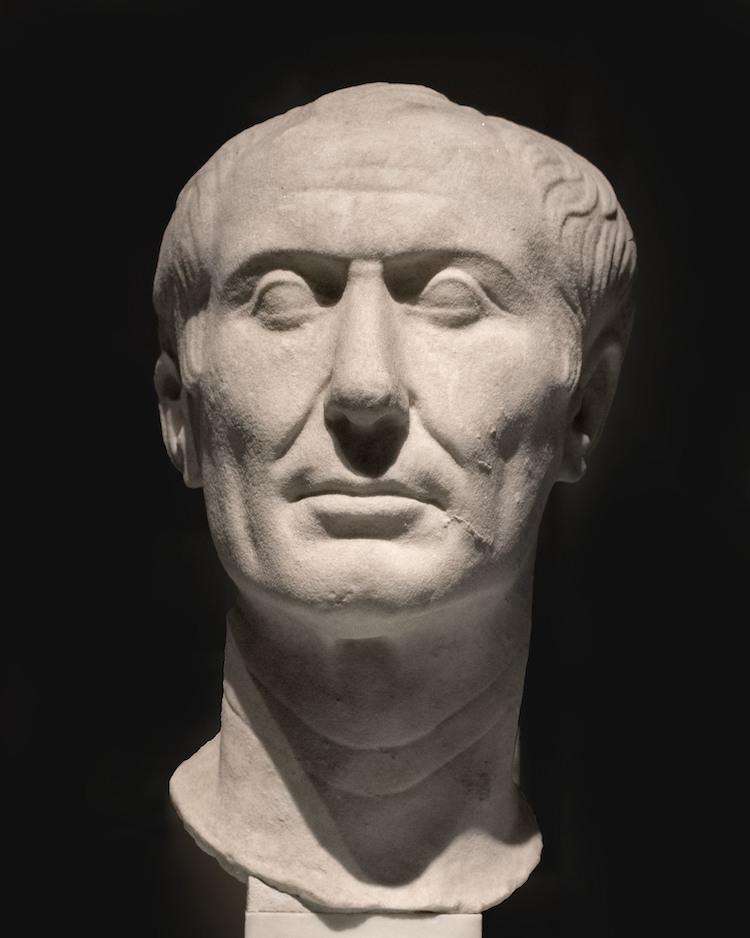 Although not as prominent as before, the Library of Alexandria was still operating when Julius Caesar (100 BCE – 44 BCE) traveled to Egypt in 48 BCE. The Roman dictator’s initial aim was to find and defeat general Pompey, but after discovering his enemy already dead, he became involved in the Alexandrine Civil War between Ptolemy XIV and .

While Caesar’s forces were besieged at Alexandria, some of the soldiers tried to block Ptolemy XIV’s fleet by setting fire to ships already docked at the port. Supposedly, this fire spread to the city and burned a portion of the Great Library as well as several thousands of scrolls in the process.

However, the library did not fall after the fire, as many believed. In fact, sources strongly suggest that the Mouseion was quickly rebuilt and continued to operate as a place of academic study, though gradually less influential than before.

Rise of the Roman Empire and Fall of the Library 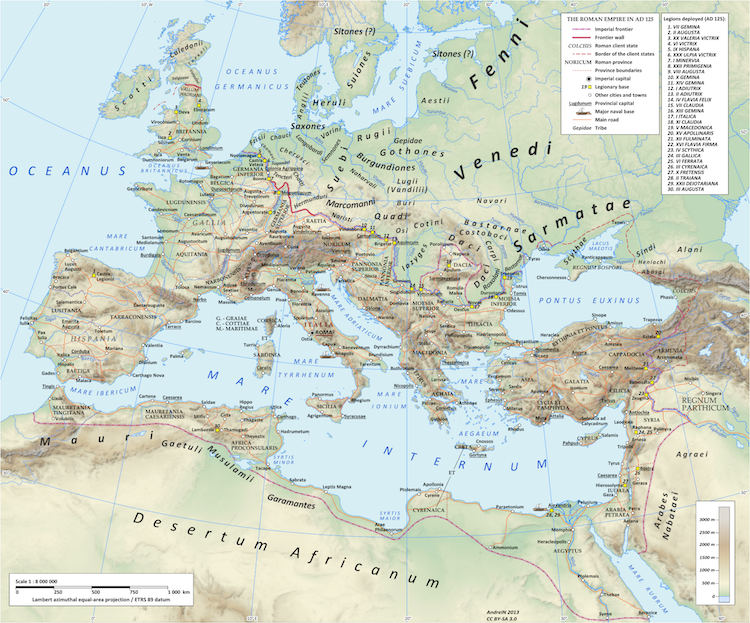 After Egypt became a part of the Roman Empire in 30 BCE, Alexandria—and consequentially, the library—became increasingly irrelevant. The Romans established numerous libraries throughout their territory, sometimes using Alexandria’s scrolls to stock these newer institutions.

In the subsequent centuries, the city exchanged powers and as a result, was burdened by wars. Although the exact date of its destruction is uncertain, historians believe that whatever remained of the library was likely destroyed in 272 CE—during emperor Aurelian’s clash with the Palmyrene queen of Zenobia—or during Diocletian’s siege of Alexandria in 297 CE. 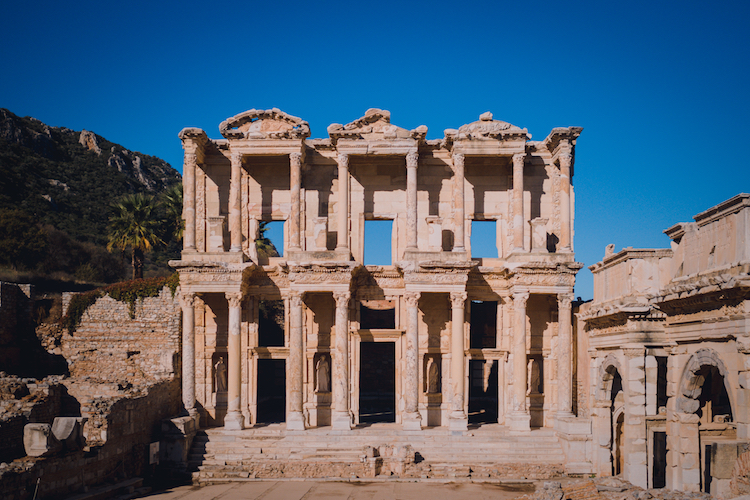 Modern-day view of the Library of Celcus in Ephesus, Turkey, 117-132 CE. (Photo: from Pixels_Poet/Shutterstock)

Although the Great Library of Alexandria was lost, the tradition of academic institutions continued in the ancient world. The Serapeum survived and operated as a library and temple for several centuries, and other buildings, like the Library of Celcus, rose to prominence.