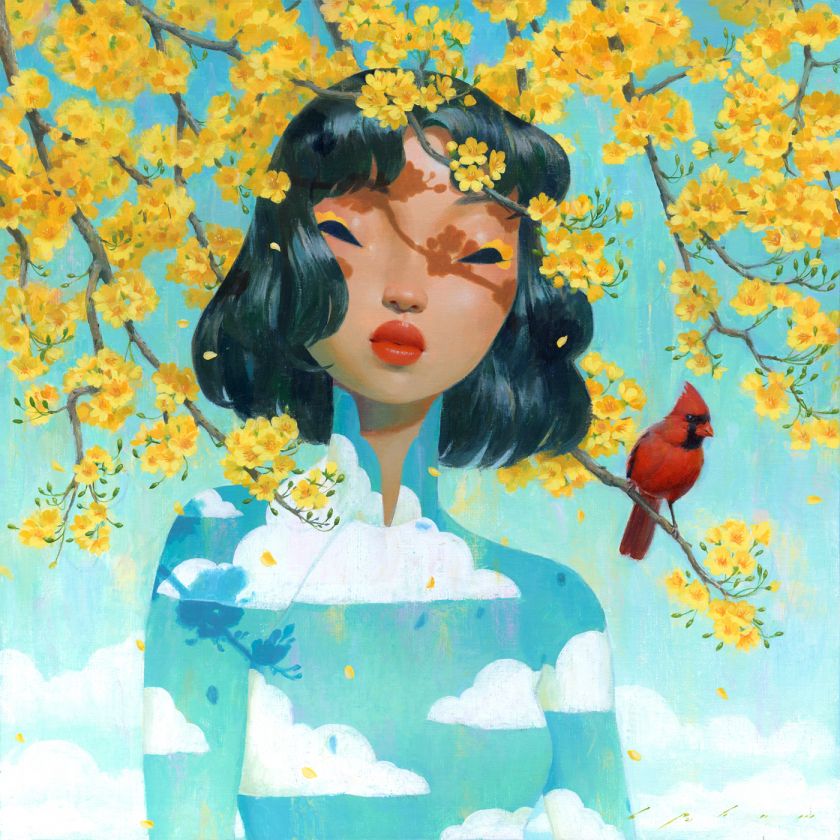 Xuan © Bao Pham. All images courtesy of Corey Helford Gallery and the artists

Iowa-based Vietnamese painter and illustrator is renowned for his soft and precise portraits of wistful and melancholic figures bursting with colour and set in lush natural settings. His latest series, Summer Hues, continues that enchanting theme but with a nod to (and longing for) the approaching warmer months.

The paintings are a continuation of his 2019 series, The Rain, which focused on the feelings of joy and sadness that come with a spring shower. Regarding his newest series, Pham says: “During a time of isolation, I found myself looking to the outdoors, reminiscing about a lost summer. Figures are seen basking in the sun-drenched landscape, tangling among a mixture of blooming flowers and birds of the mid-west. Time seems to slow down enough for them to soak up the warmth and colours of summer.” 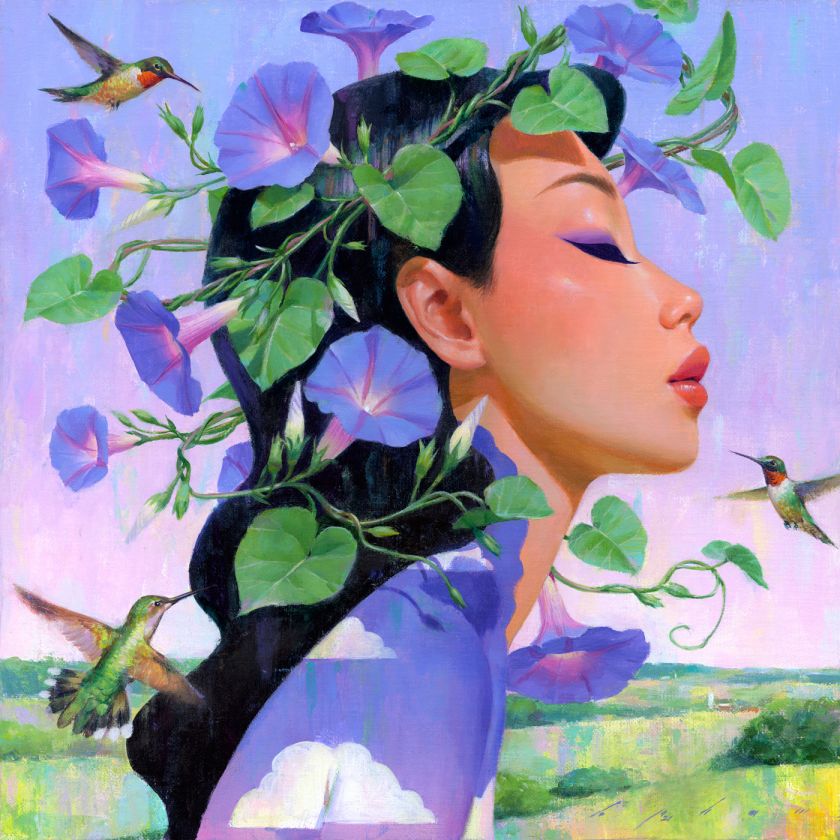 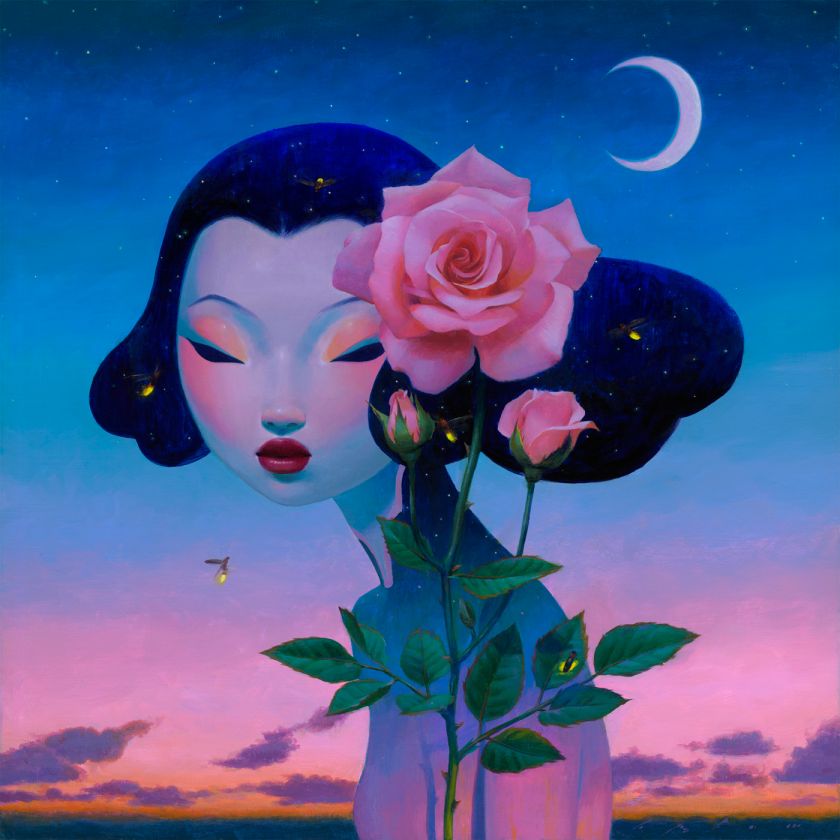 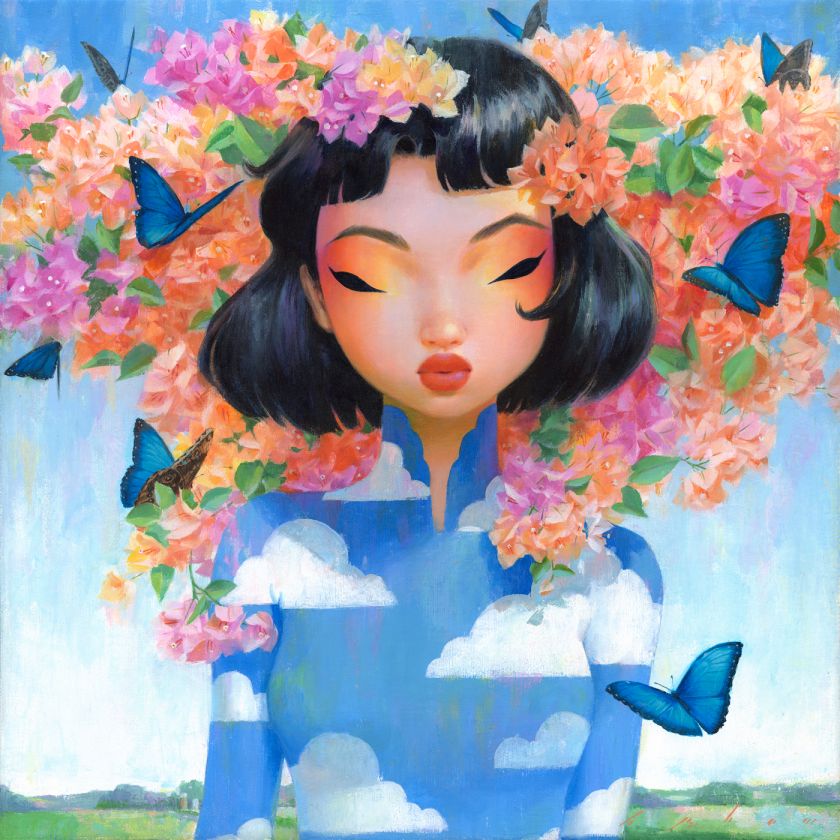 With eastern elements and designs incorporated into his paintings, Bao uses traditional western techniques with a dash of surrealism. Painting is a new direction for Bao, as it comes after working as a digital illustrator for many years and finding a love of more traditional methods. He hopes his artwork “speaks to his heritage and the environment that he lives in,” as he puts it. 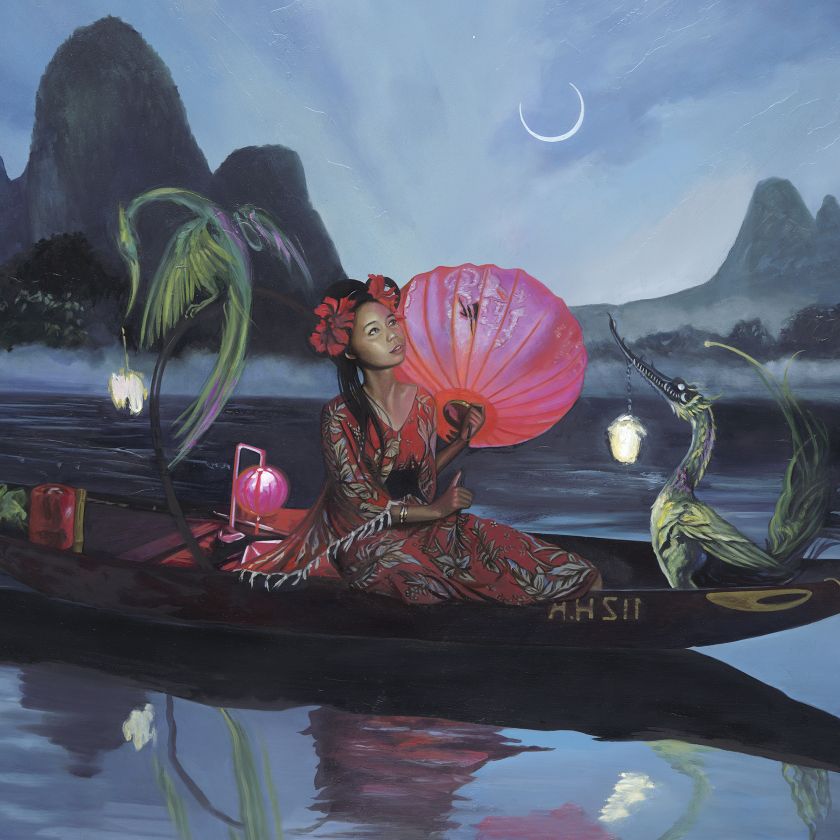 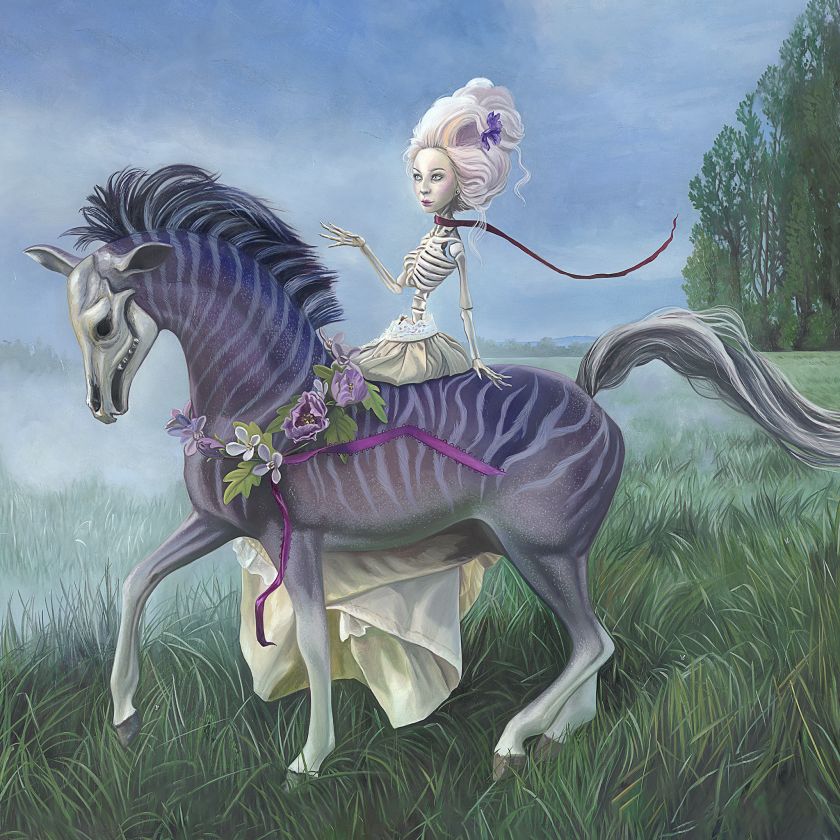 “When Redd began this series, they were on a journey around the globe, drinking in a myriad of experiences while slipping from one country to the next,” explains the gallery. “Versailles’s opulent halls, the misty harbours of Vietnam, and the golden coastline of the Canary Islands all became woven together into a rich tapestry of inspiration. Locked down during the pandemic, these experiences became a well of hope to draw upon as they painted colourful works of daydream and escape.”

Summer Hues by Bao Pham and The Days of Miracle and Wonder by Redd Walitzki will open on Saturday 10 April at Los Angeles’ Corey Helford Gallery. The show’s opening will be celebrated with a live streaming event on Instagram Live at .