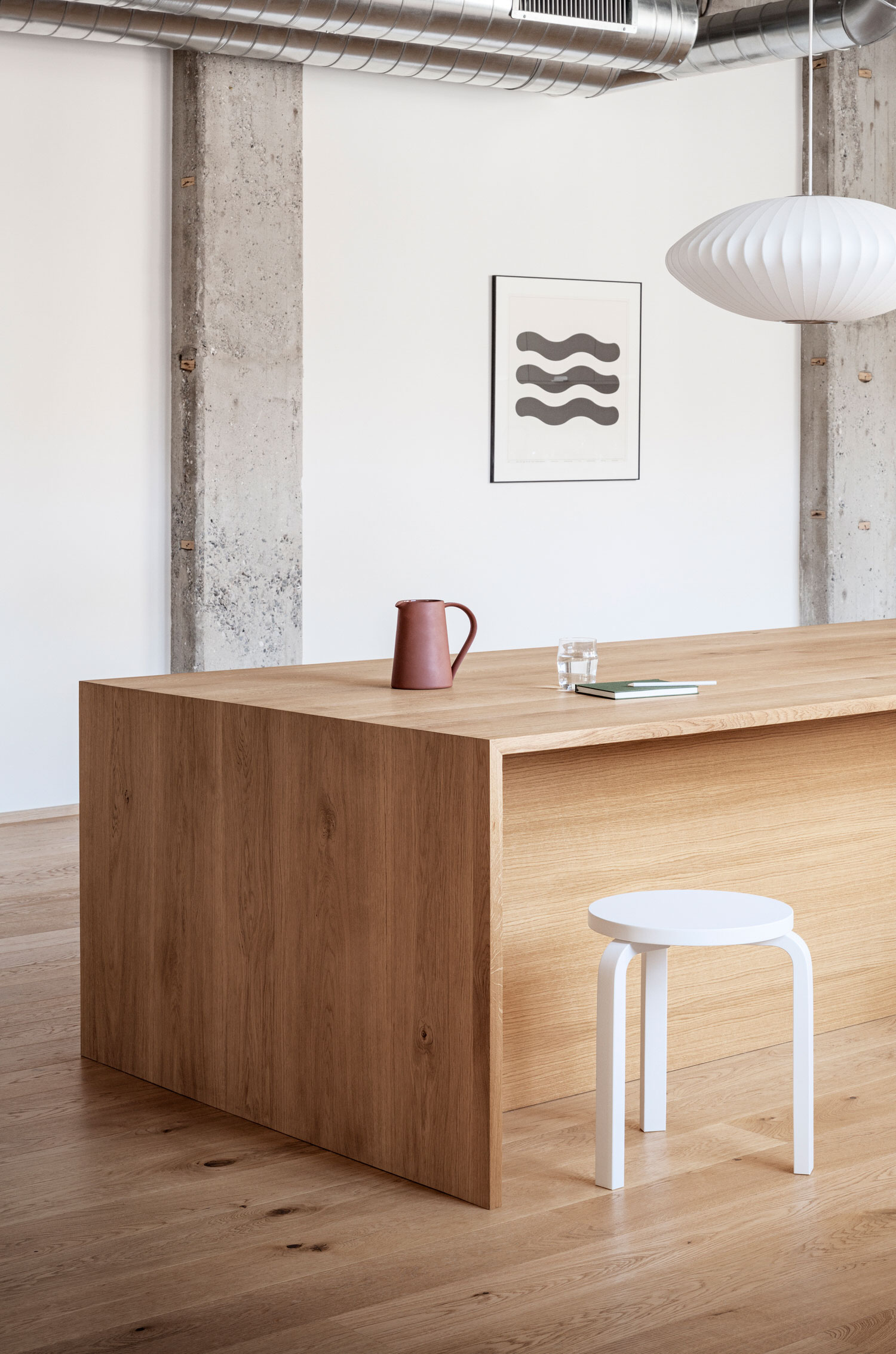 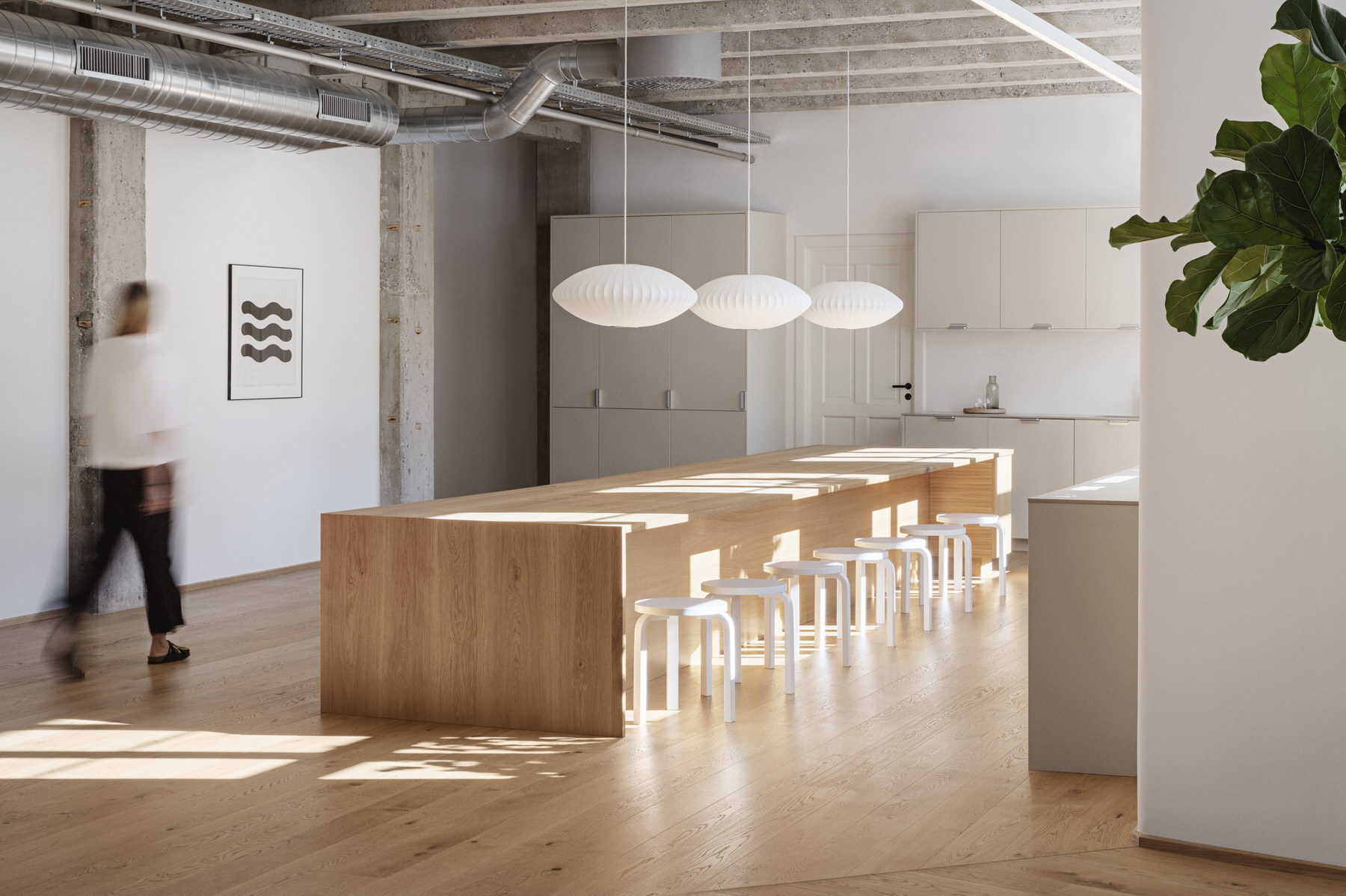 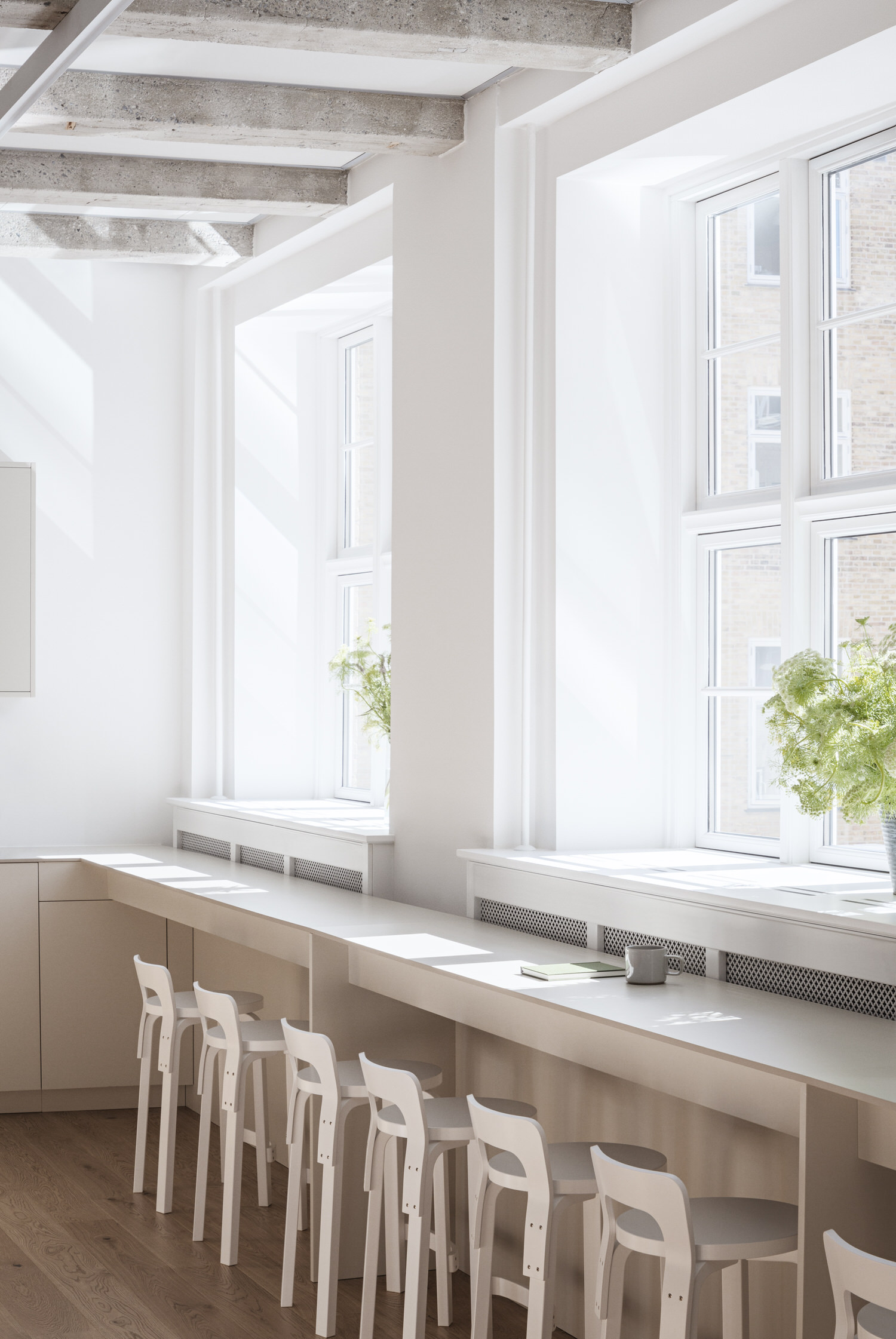 Global design and technology company teamed up with Danish design studio to open their new Copenhagen location. The new is housed in a century-old building situated in the Danish capital’s historic city centre. Originally designed by the Danish Architect Arthur Wittmaack in 1916 as headquarters for the Danish Inner Mission, the ownership was later transferred to the municipality of Copenhagen. Now, Aspekt Office — a multidisciplinary design studio founded in 2018 by Hans Toft Hornemann and Terkel Skou Steffensen — has brought modernity to the classic building with the workspace design that puts a fresh spin on corporate environments.

With clients like IKEA, Apple, Mercedes, Google among others, Work & Co create digital products and experiences like websites, apps, e-commerce platforms, AI tools and other digital experiences used by millions of people every day. The company is known for its award-winning spaces, delivered by partnering with local designers to ensure workspaces are a natural extension of their surroundings. Their offices in Brooklyn, , São Paulo, Rio de Janeiro and Belgrade all reflect the city and country in which they are located, embracing the design characteristics of their specific location. 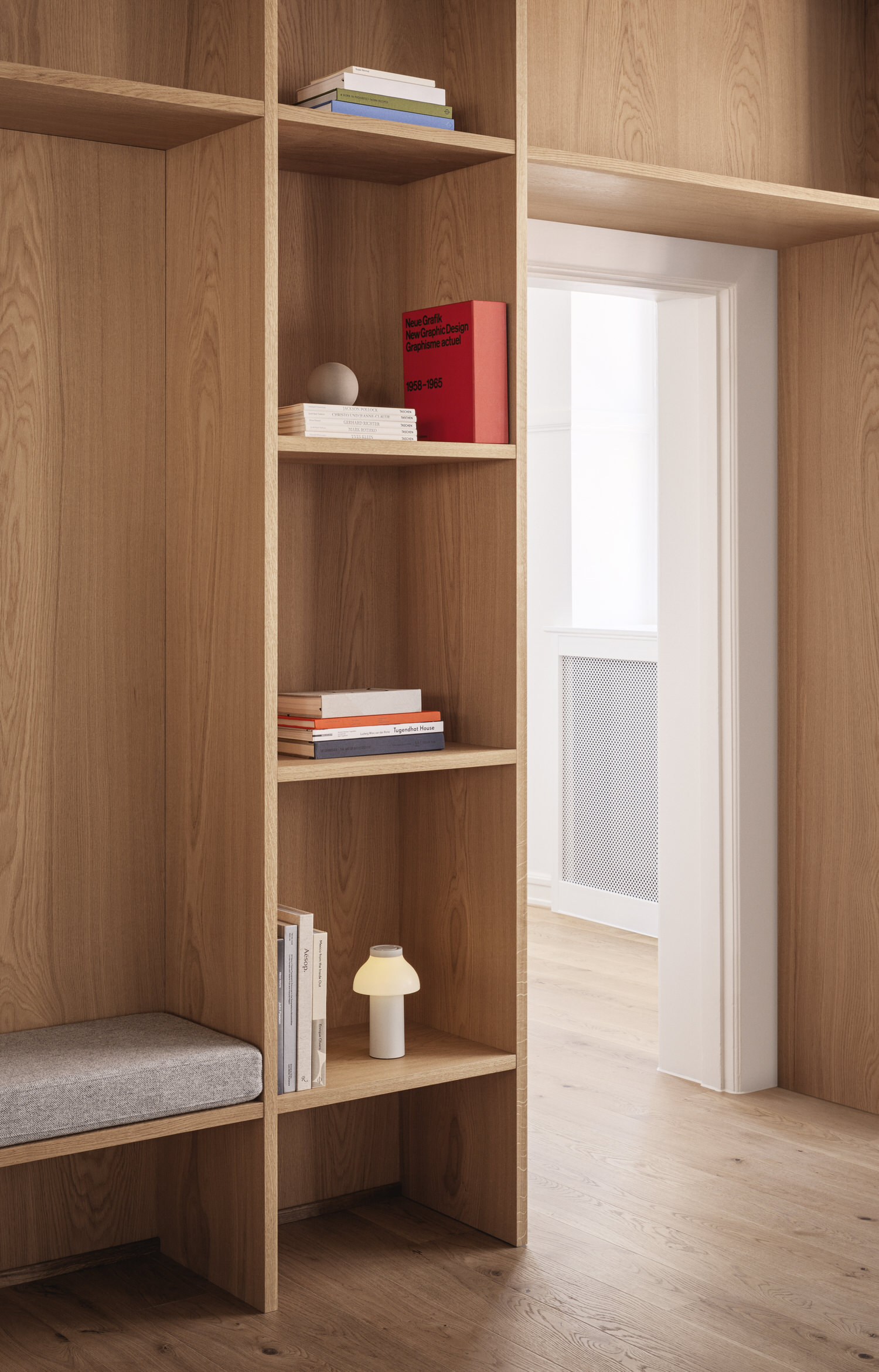 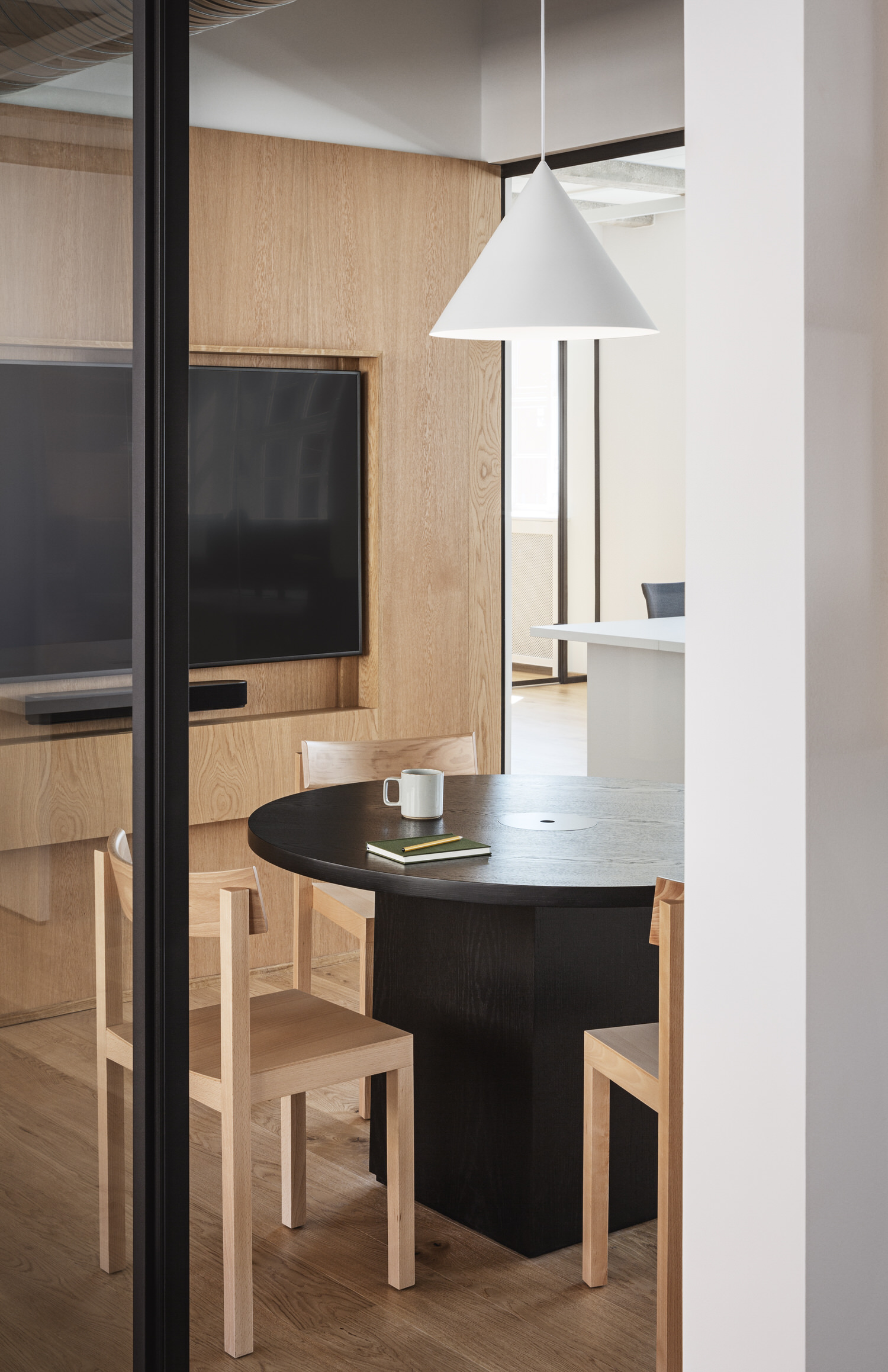 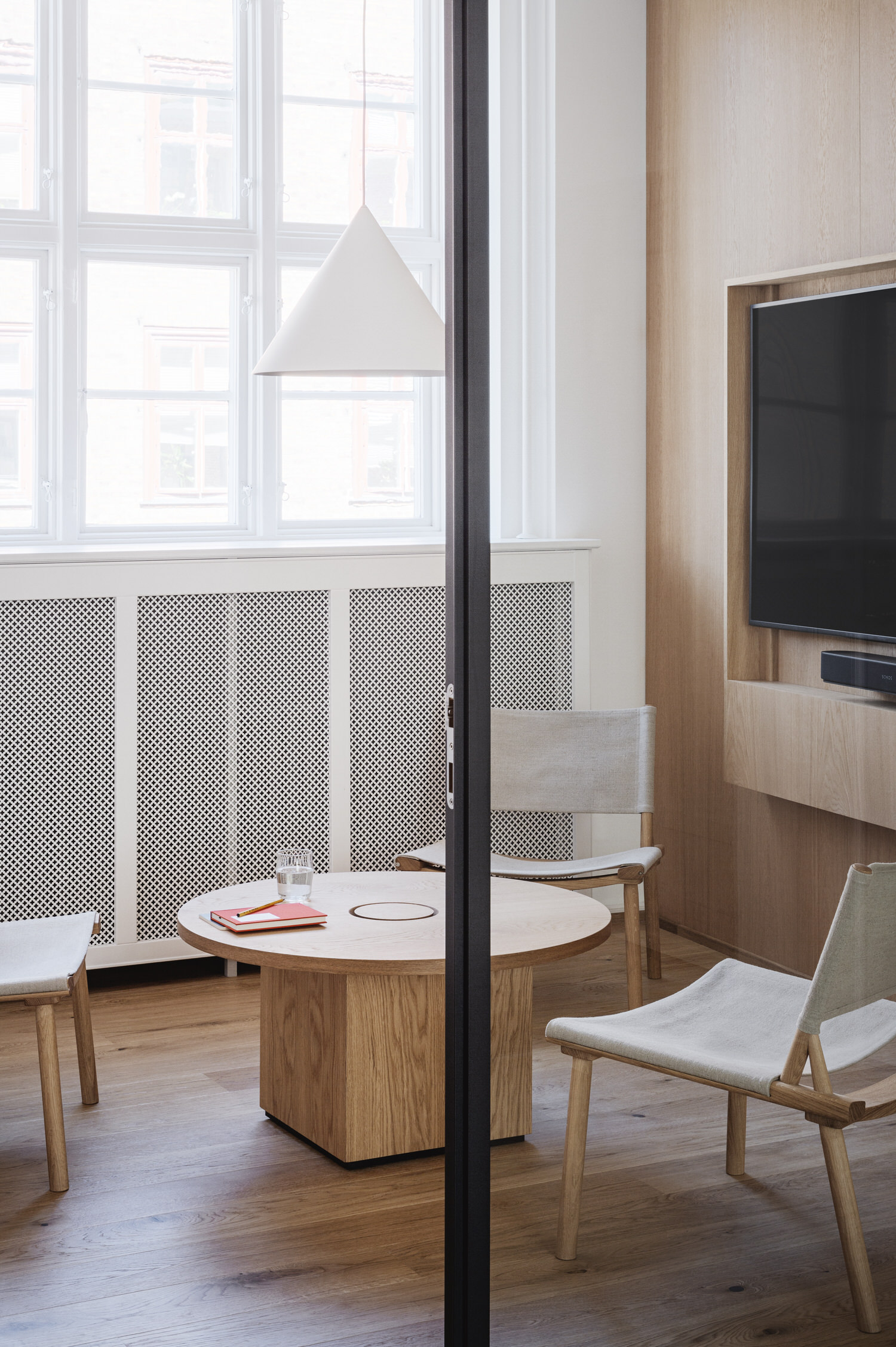 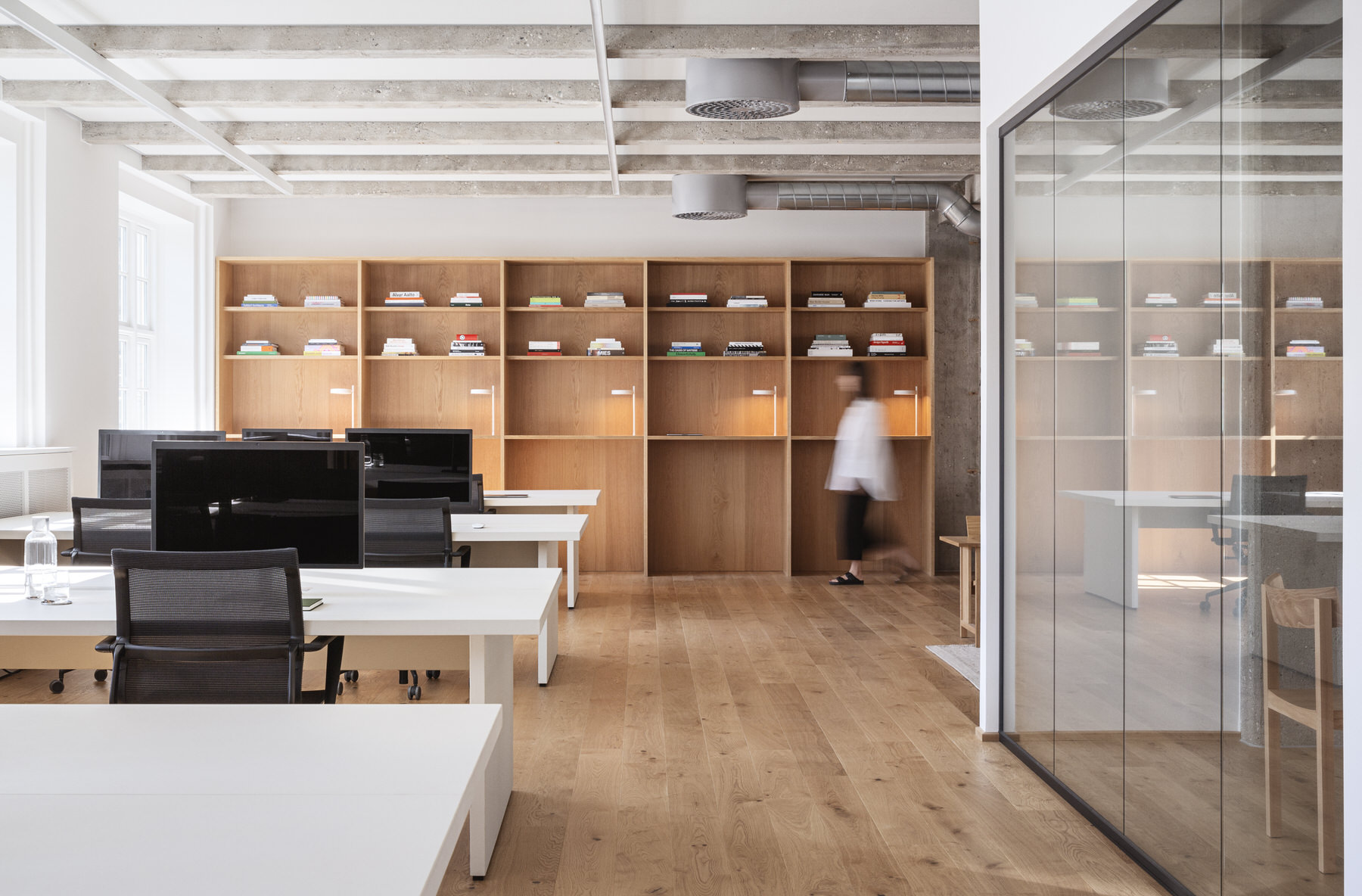 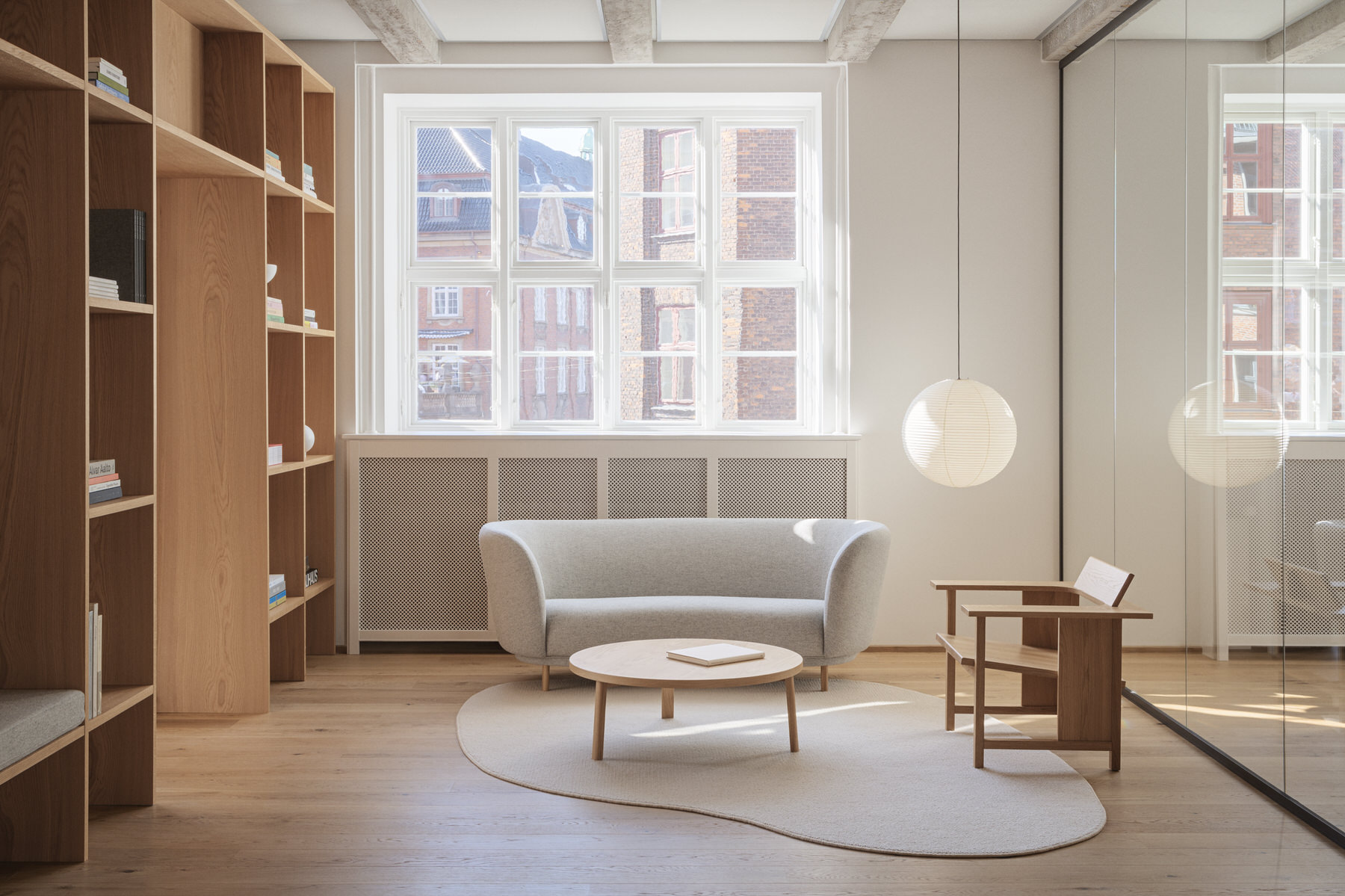 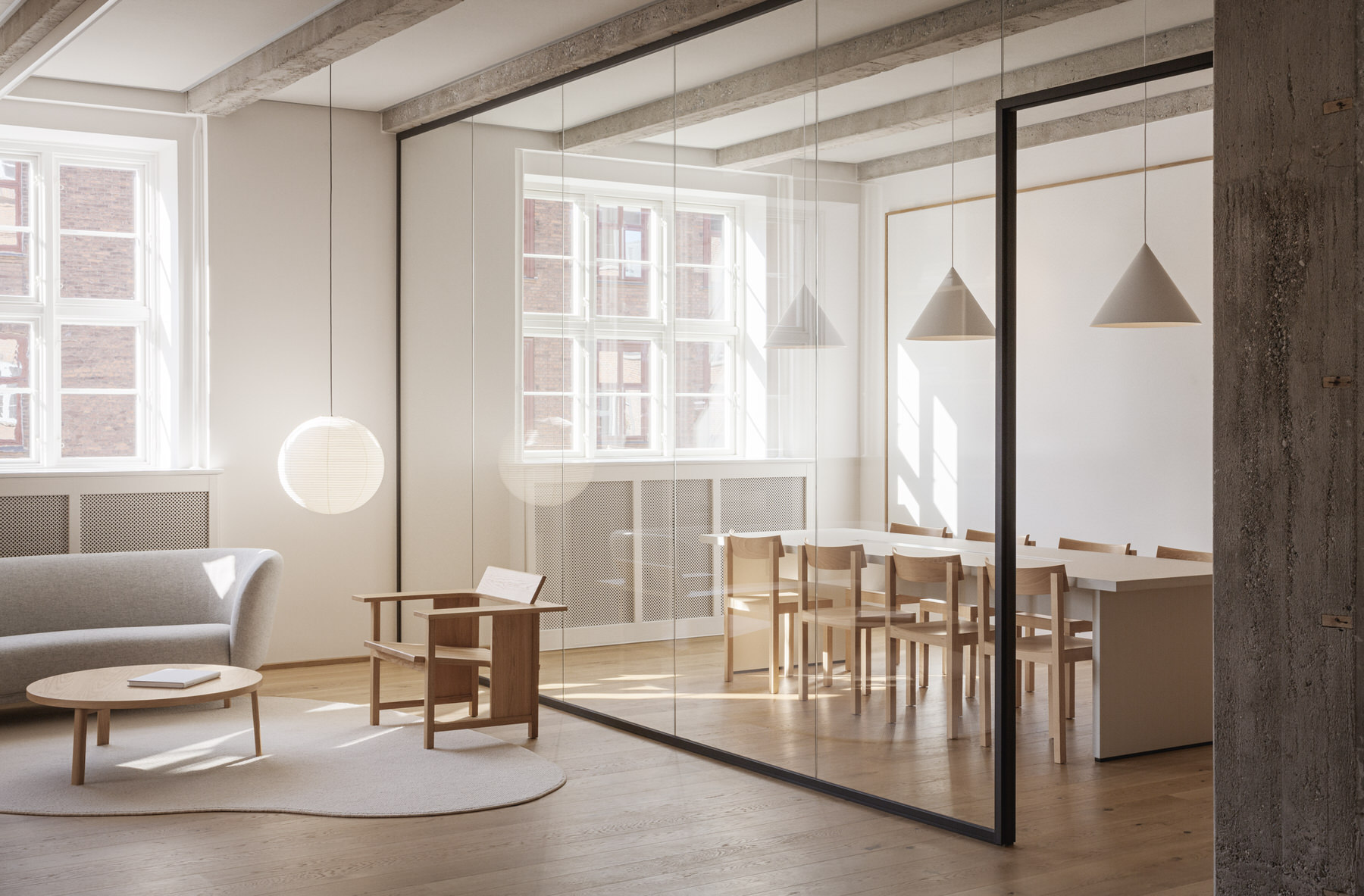 When the company was to expand with a presence in , in Bernstorffsgade, Aspekt Office was tasked to incorporate the Scandinavian aesthetics and expressions.

“Working in digital, we often take inspiration from other forms of design — architecture, identity, print,” said Dever Thomas, partner at Work & Co. “That’s why having a space that we can look forward to coming to and be inspired by is so important to do our best work.”

Aspekt infused the historical urban architecture with an almost brutalist grid-modernism, using a network of lines to visually frame the interior. Softened by the choice of materials, which bring warmth and tactility, the designers’ take on the comes together as a rejuvenating blend of clean and comfortable.

Employees can immerse themselves in lounges, hold meetings in transparent rooms and work collaboratively in large, open spaces. Features include a unique oval meeting space, a library to take a break and get inspired in, a kitchen for communal gatherings, and phone booths for soundproof calls and ultimate focus work. 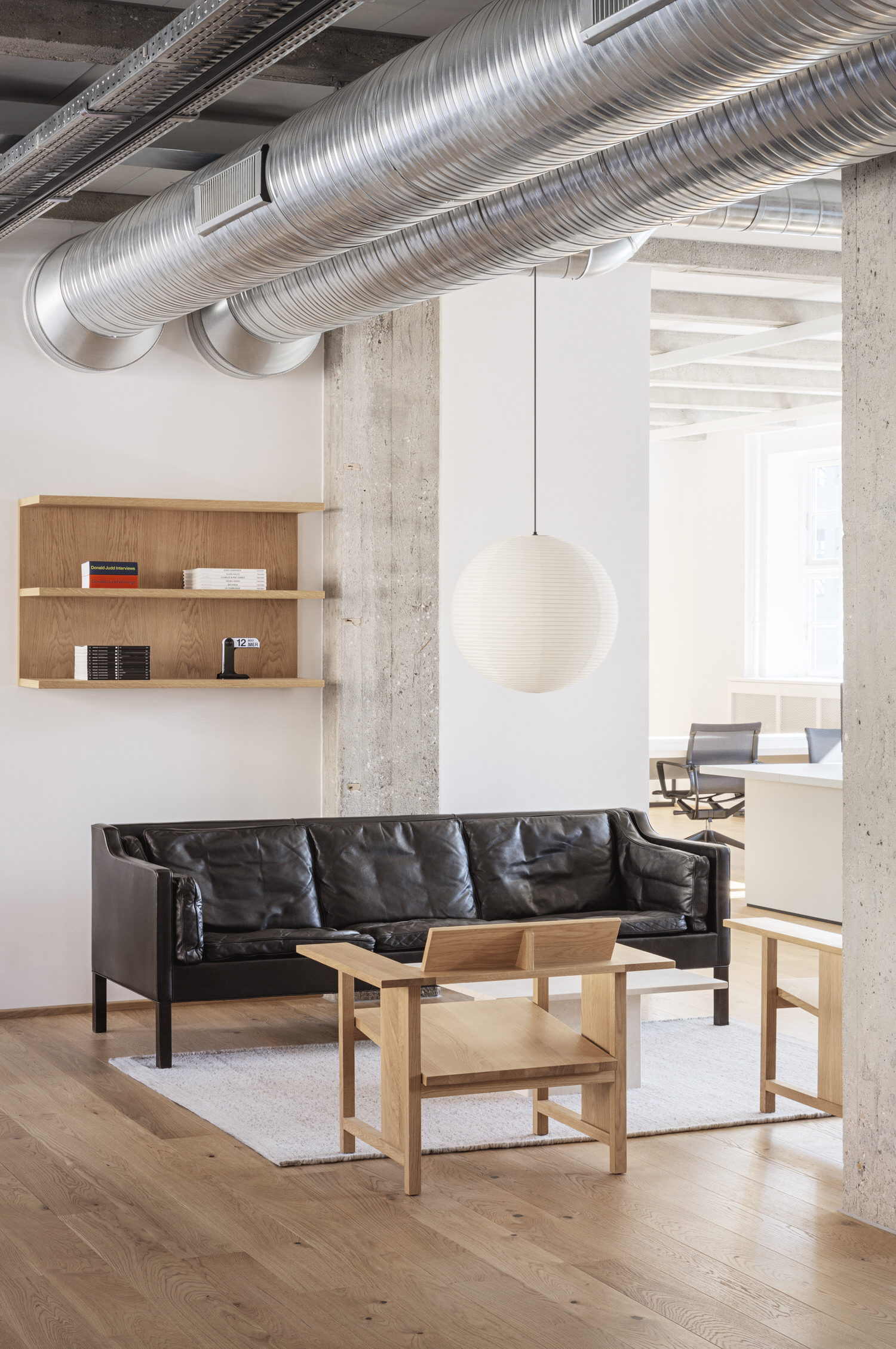 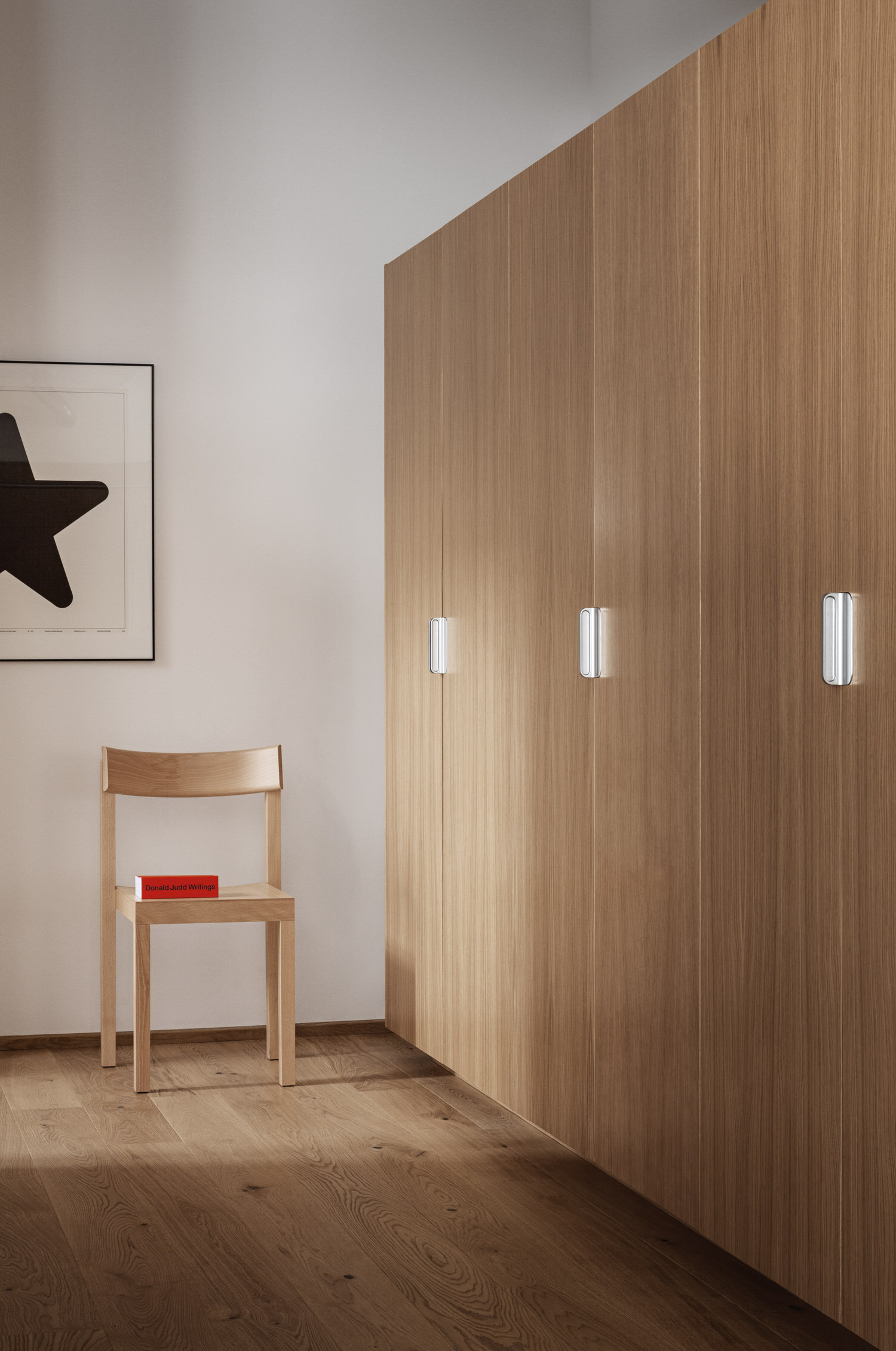 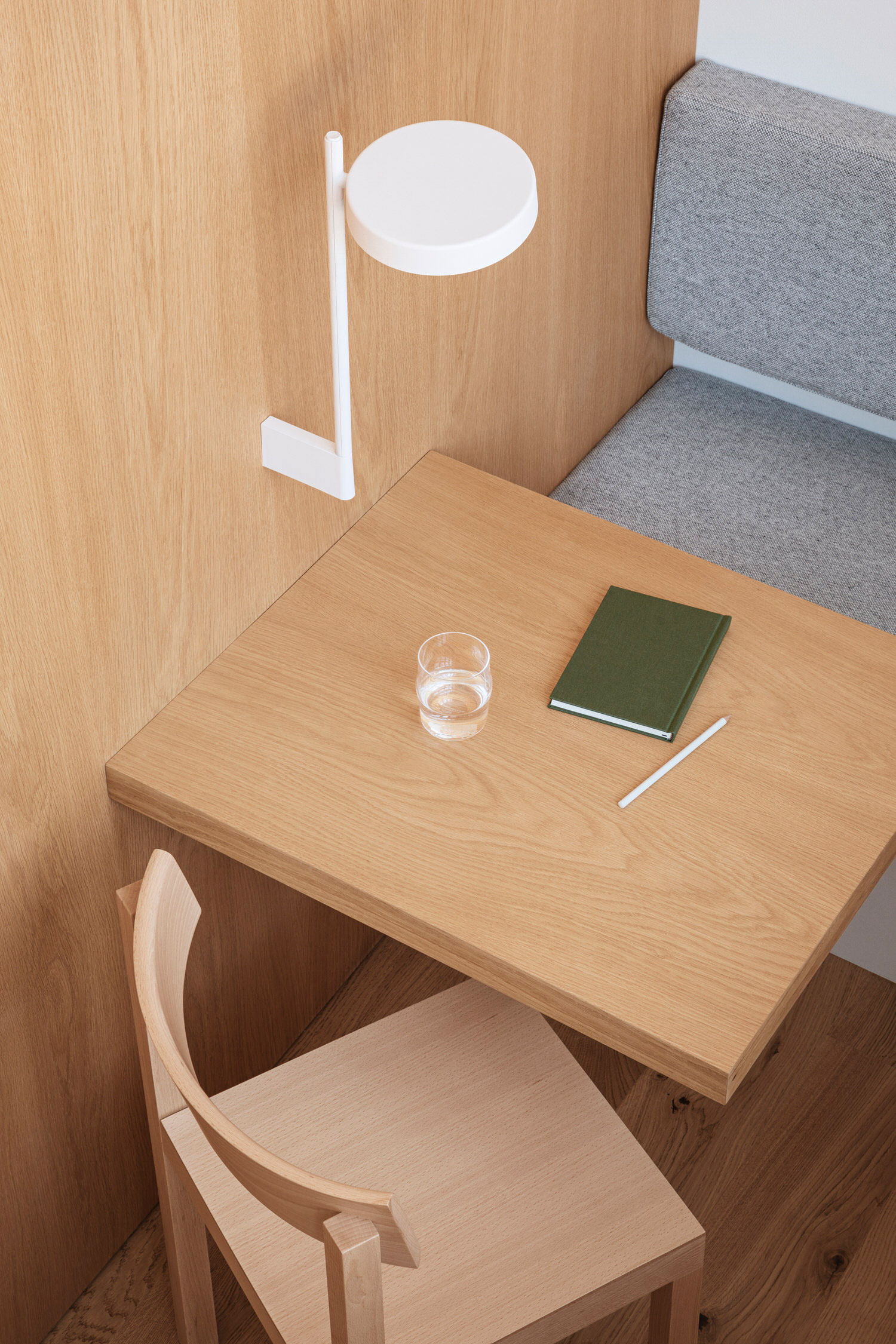 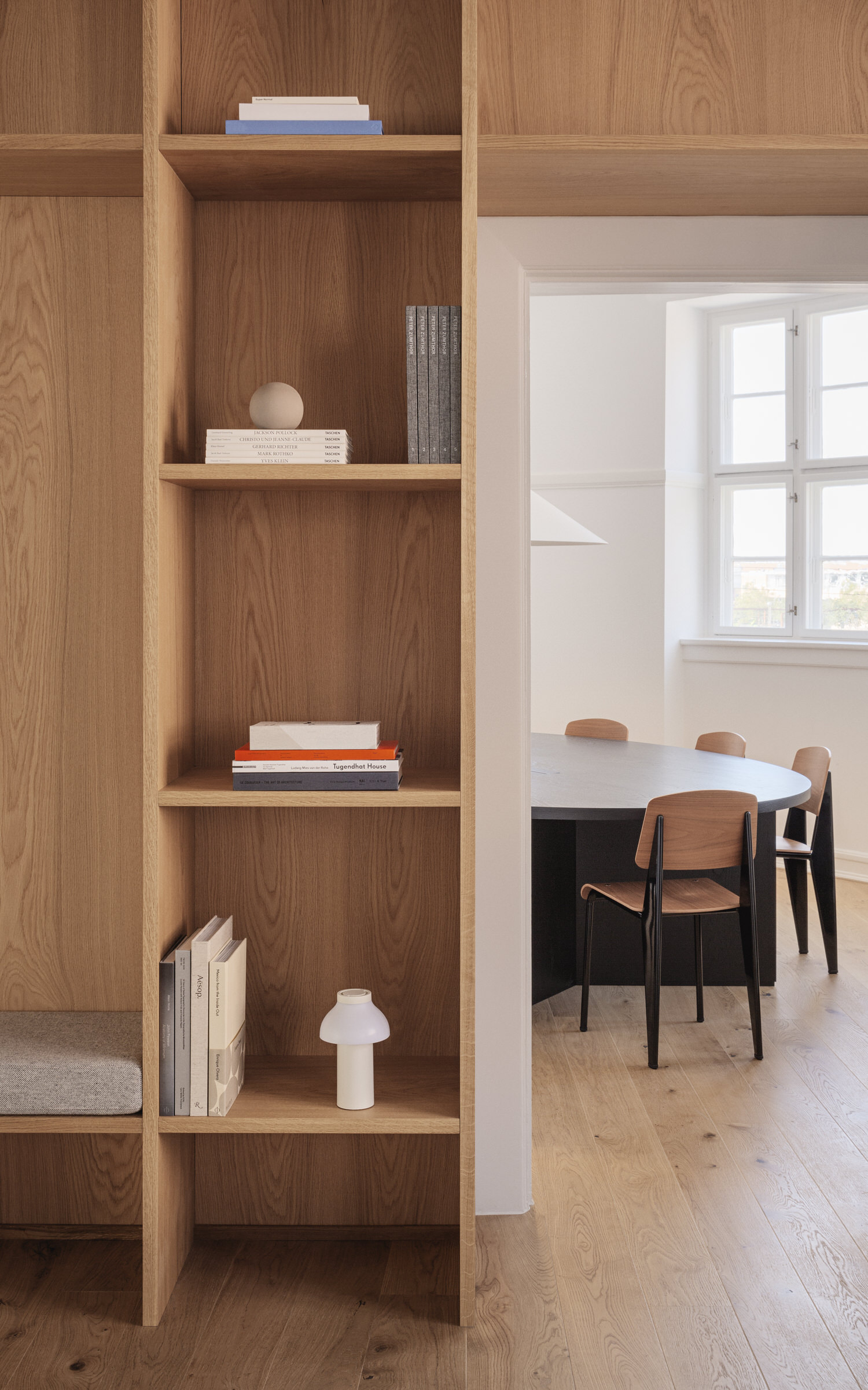 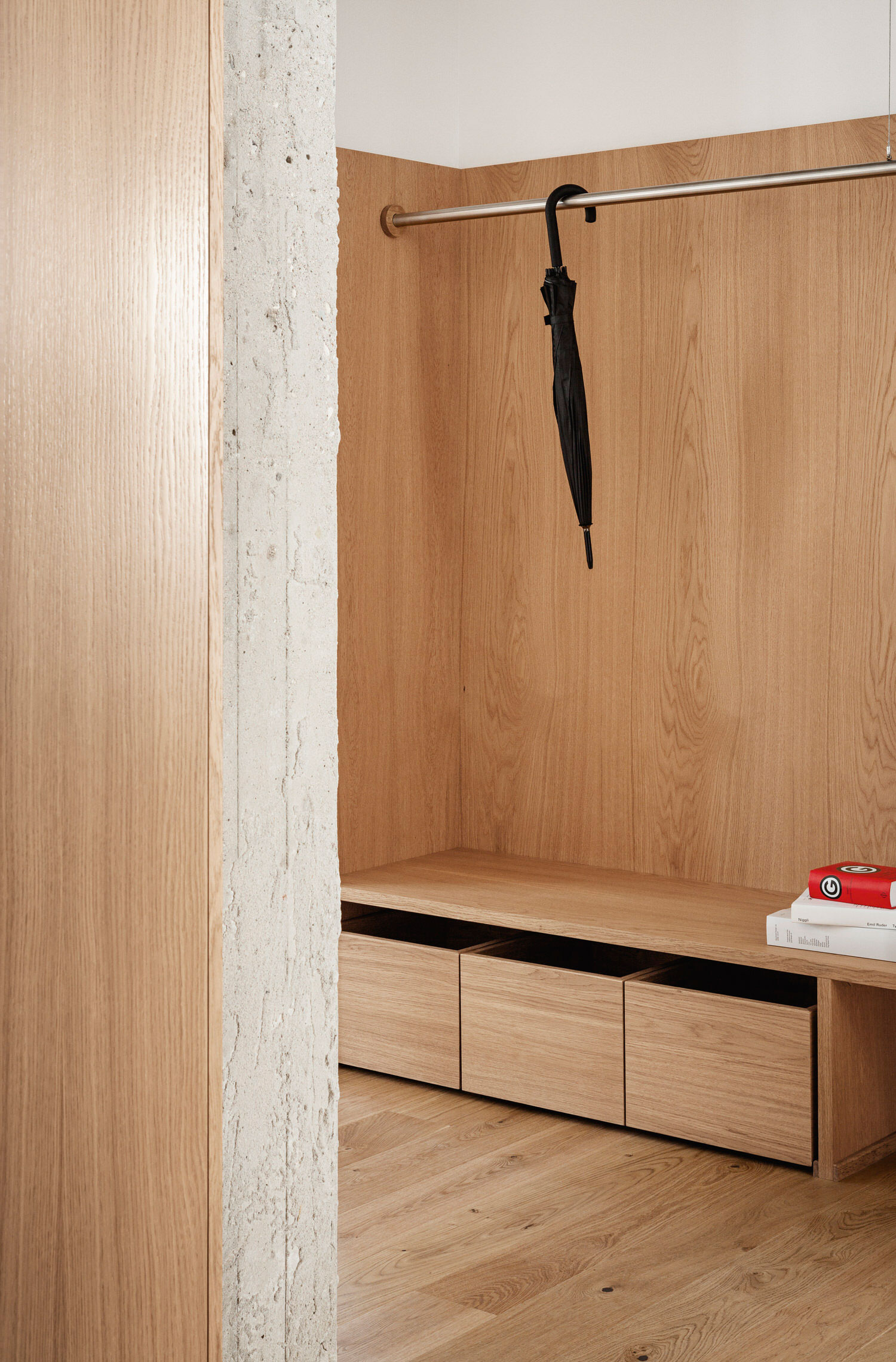 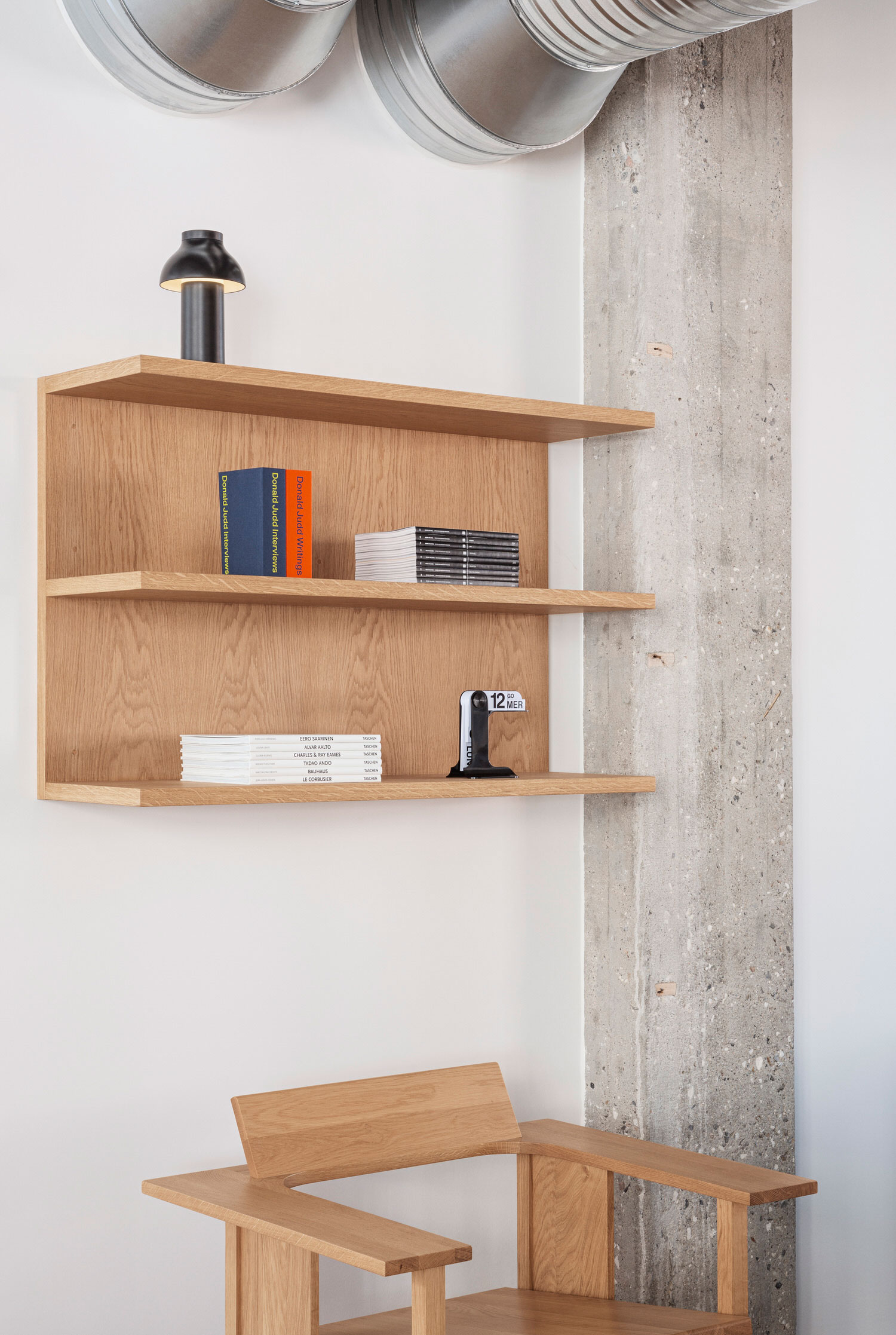 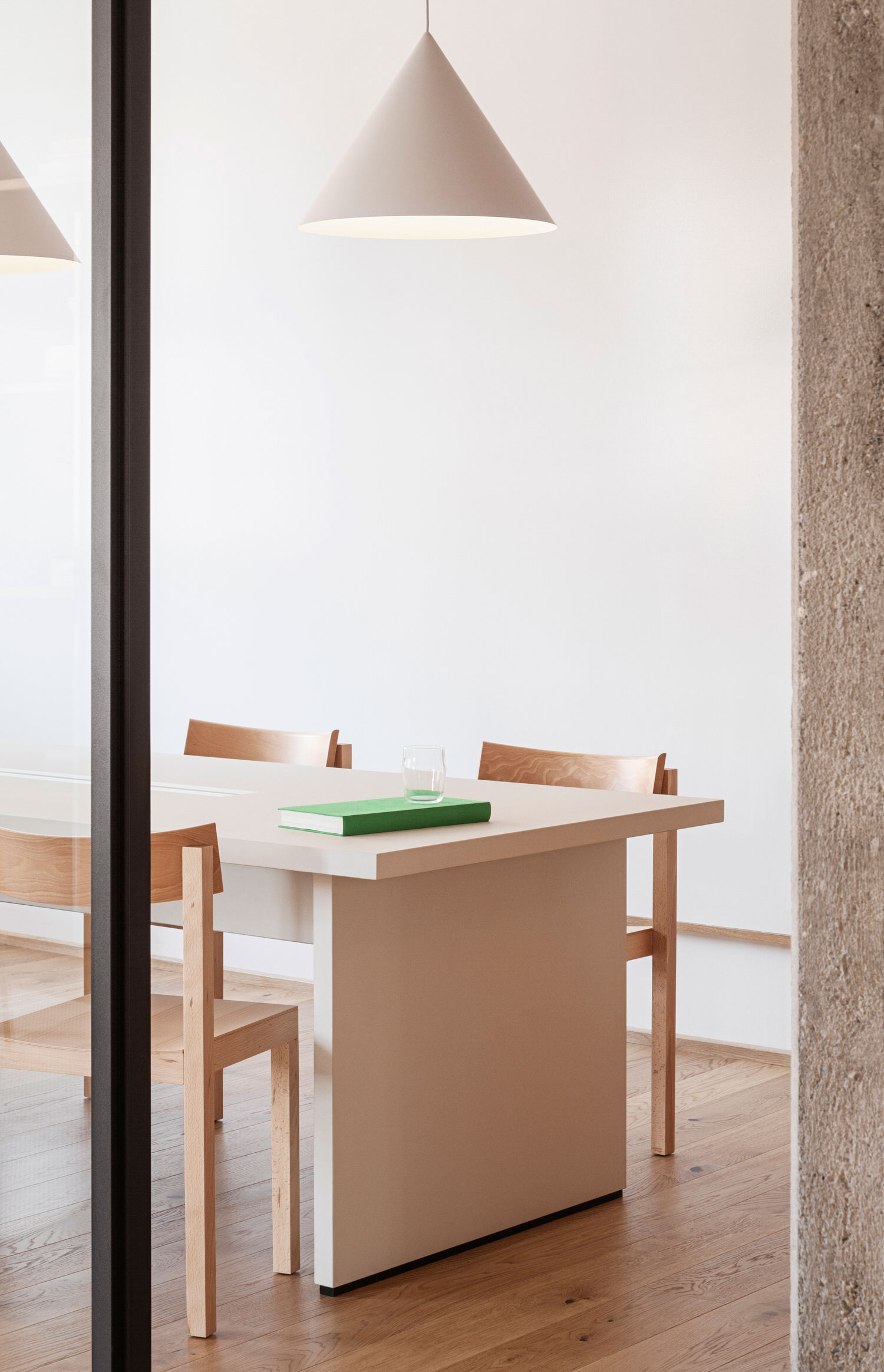 Entering the office space, employees and clients are greeted by a bright and welcoming atmosphere where natural light pours in from outside, bathing the interior in a serene warmth.

“Scandinavian architecture pays homage to natural light, inviting it in and using it as a strong design element in physical spaces,” explains Aspekt design team. “For Work & Co, we aimed to design a highly functional space, but introduced softer elements and carefully selected individual furniture pieces to create a harmonious feel that’s more like a home than a workplace – true to the Danish way of living, which celebrates warm and cozy surroundings.”

A material palette that highlights oak wood, soothing neutrals and soft textiles produces a distinctly calm and understated ambience. Transparent walls and an overall airy spatial design promote an open environment and sense of community, supporting Work & Co’s core values around working collaboratively. At the same time, given the current health climate, the spaciousness allows for social distancing when required.

Form and function have been important factors in the choice of furniture. With a preference for primary geometries, the furniture is simple for the eyes to comprehend, which contributes to the simplicity and calmness of the space. The mix of international and Scandinavian brands puts emphasis on Work & Co’s global outlook while nodding to this new location.