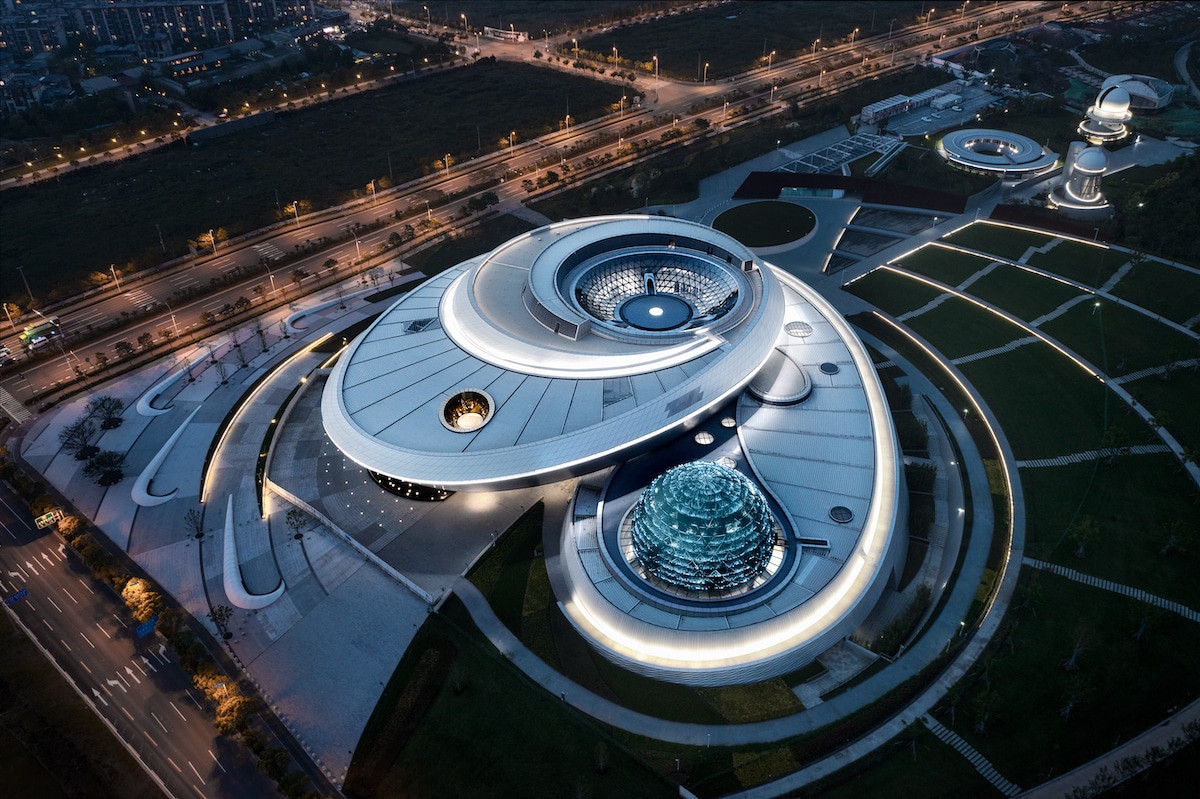 The world’s largest astronomy museum has just opened in Shanghai, China. Designed by , this contemporary cultural center acts as the new astronomy branch of the . This proposal for the Shanghai Astronomy Museum won the design competition for its dynamic form that represents the movement of celestial bodies which is made up of an oculus, an inverted dome, and a sphere

“In making this building, we wanted to create a place where the institutional mission is fully enmeshed with an architecture that itself is teaching, and finds form in some of the fundamental principles that shape our universe,” describes Ennead partner Thomas J. Wong. “The big idea of the Shanghai Astronomy Museum was to infuse a visceral experience of the subject matter into the design, and to deliver that before you even enter the building, and at the end of your visit, there is this culminating moment directly with the sky, which is framed and supported by the architecture.” 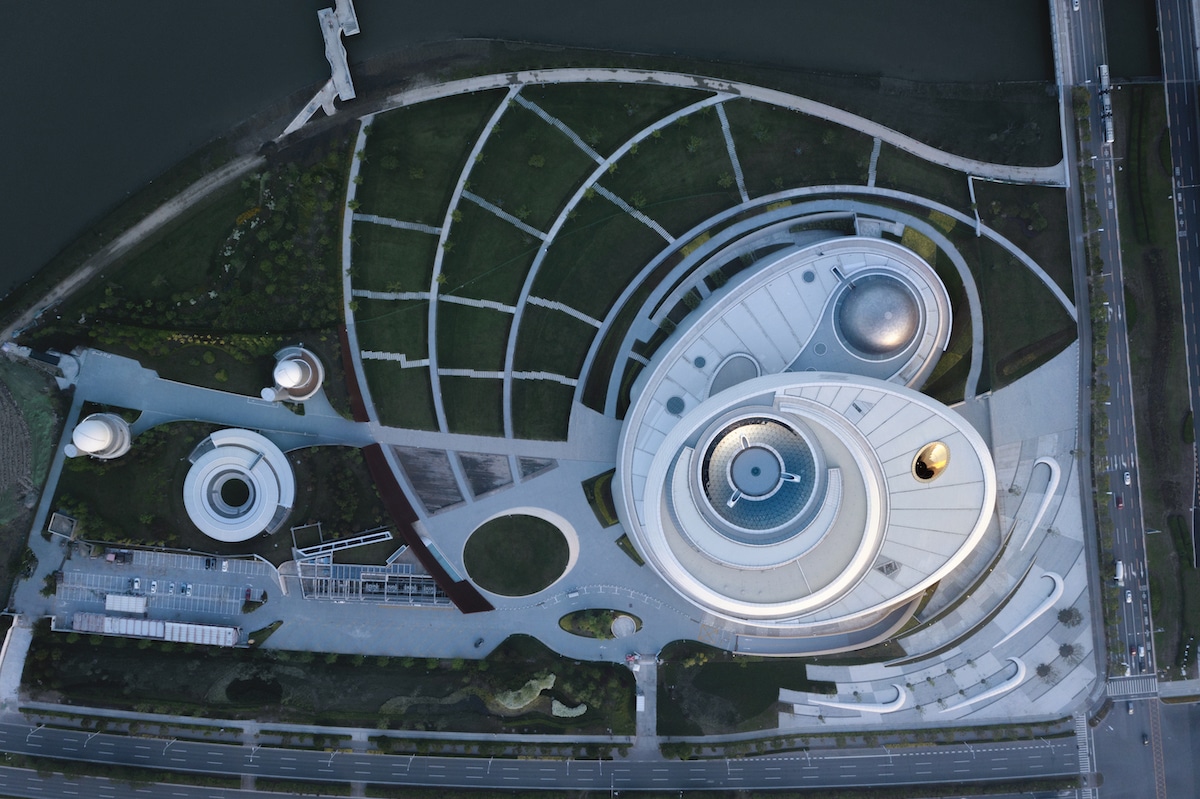 The project includes 420,000 square feet of museum space, including a planetarium, general exhibition space, and an impressive solar telescope that measures 78 feet tall. Best of all, visitors experience the museum through a carefully considered progression that highlights each of the three forms of the museum.

First, visitors are welcomed into the oculus which is suspended above the main entrance. Sunlight enters through the oculus and gradually moves across the entry and the reflecting pool as the sun’s position in the sky is tracked throughout the day. From the planetarium theater, visitors can look up at the futuristic sphere which resembles a planet floating in space. The sphere also acts as a dramatic icon for the center from afar. The sphere contrasts with the last element, an inverted dome that ends visitors’ journey through the museum and gives them a beautiful view of the sky above.

The new Shanghai Astronomy Museum is the largest of its kind in the world and its dynamic form is inspired by celestial bodies. 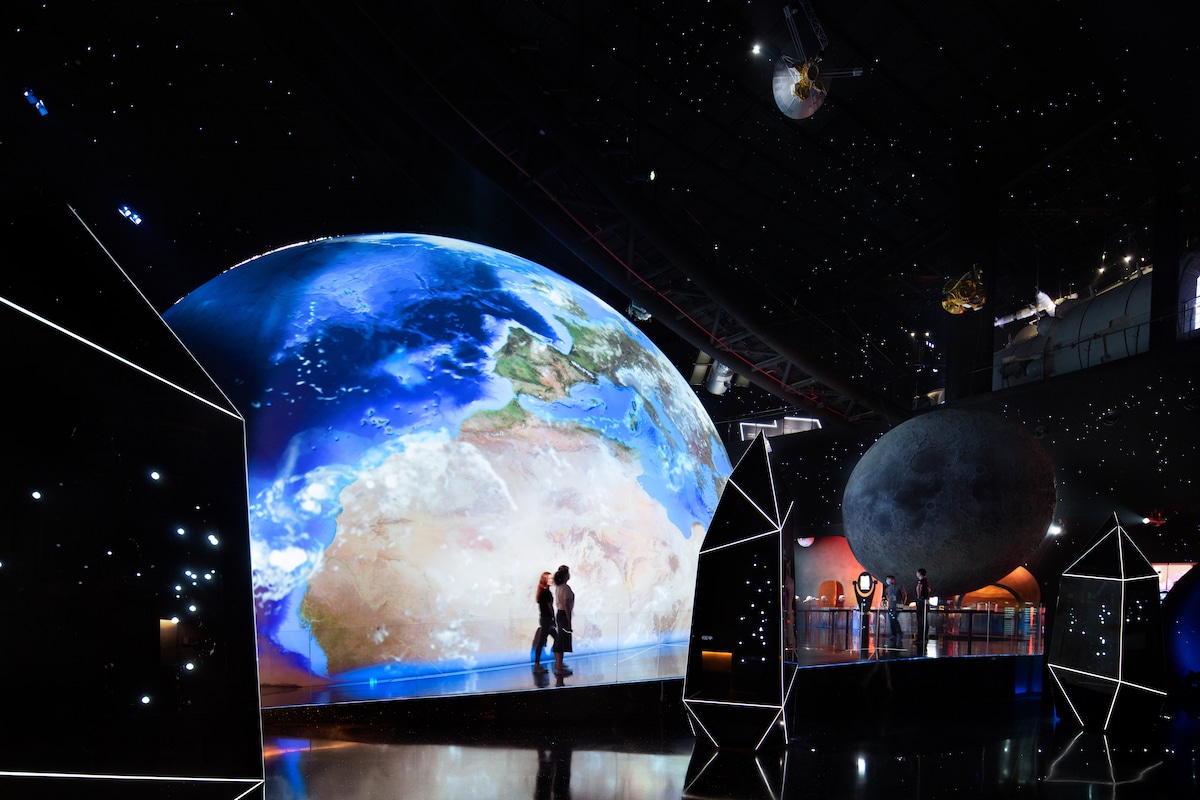 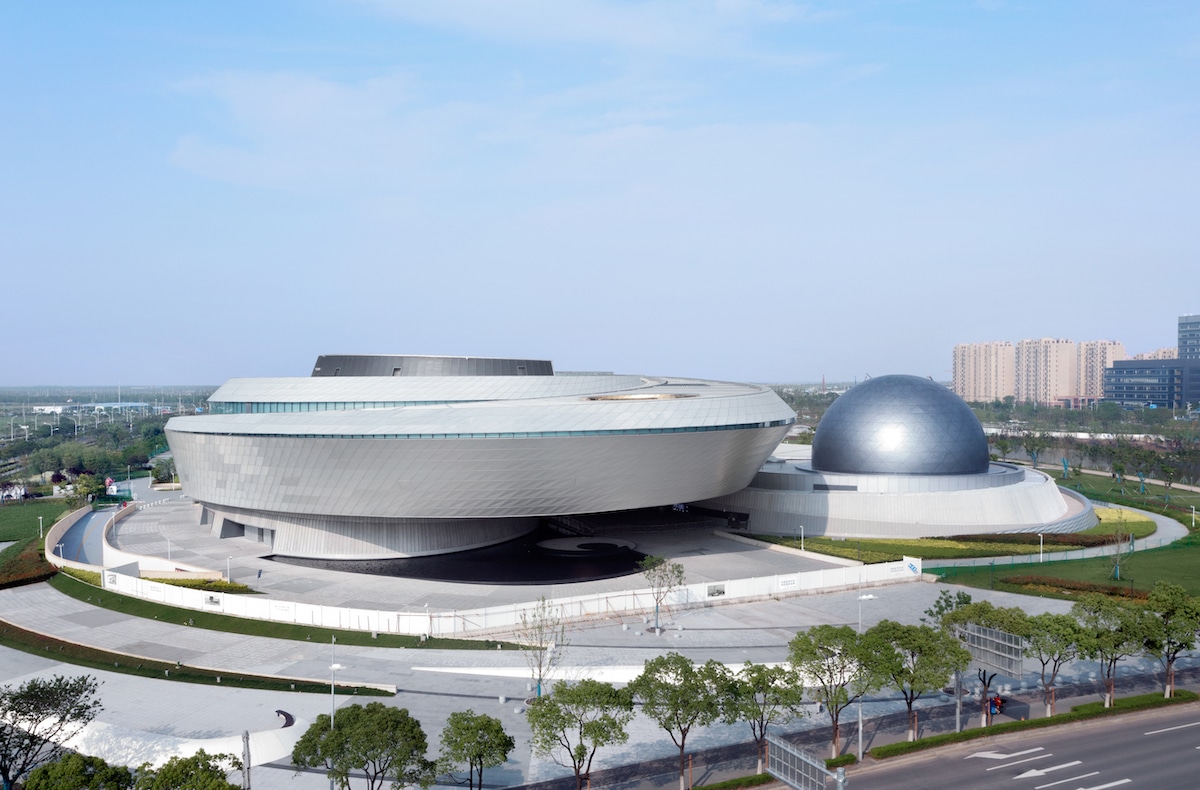 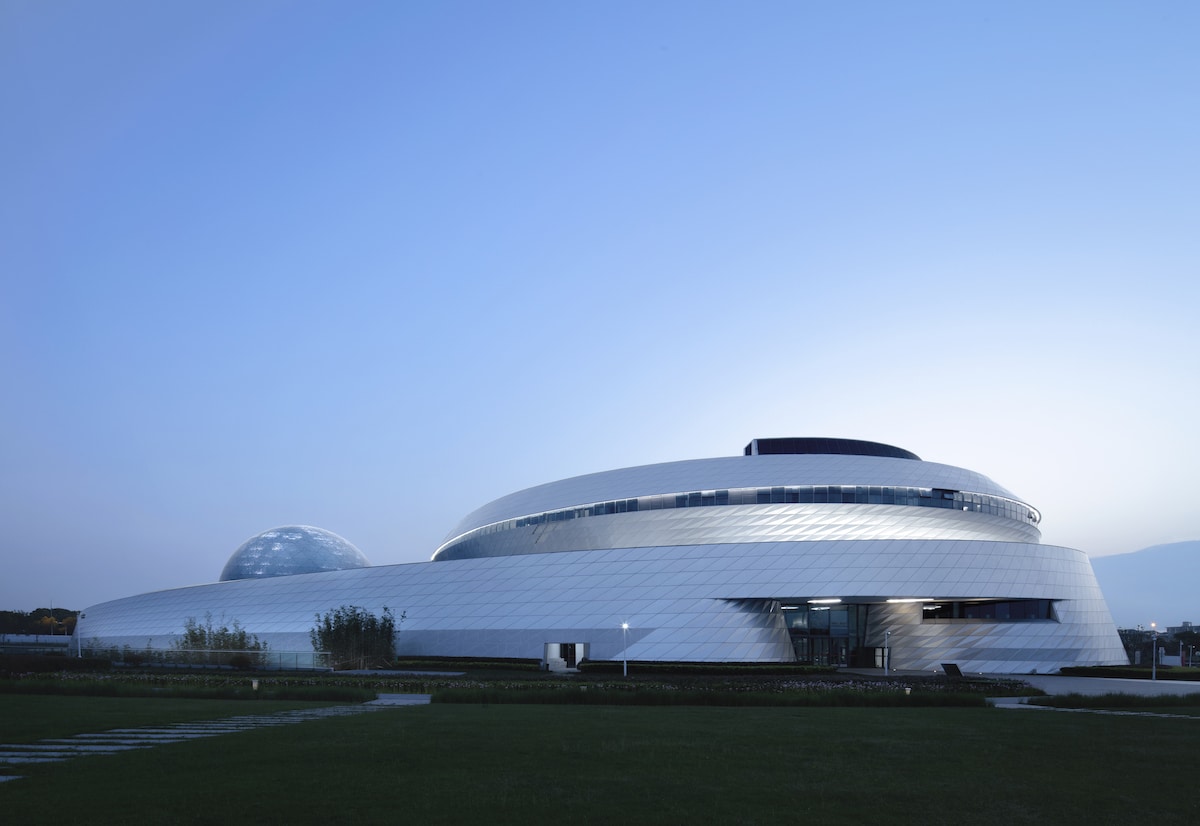 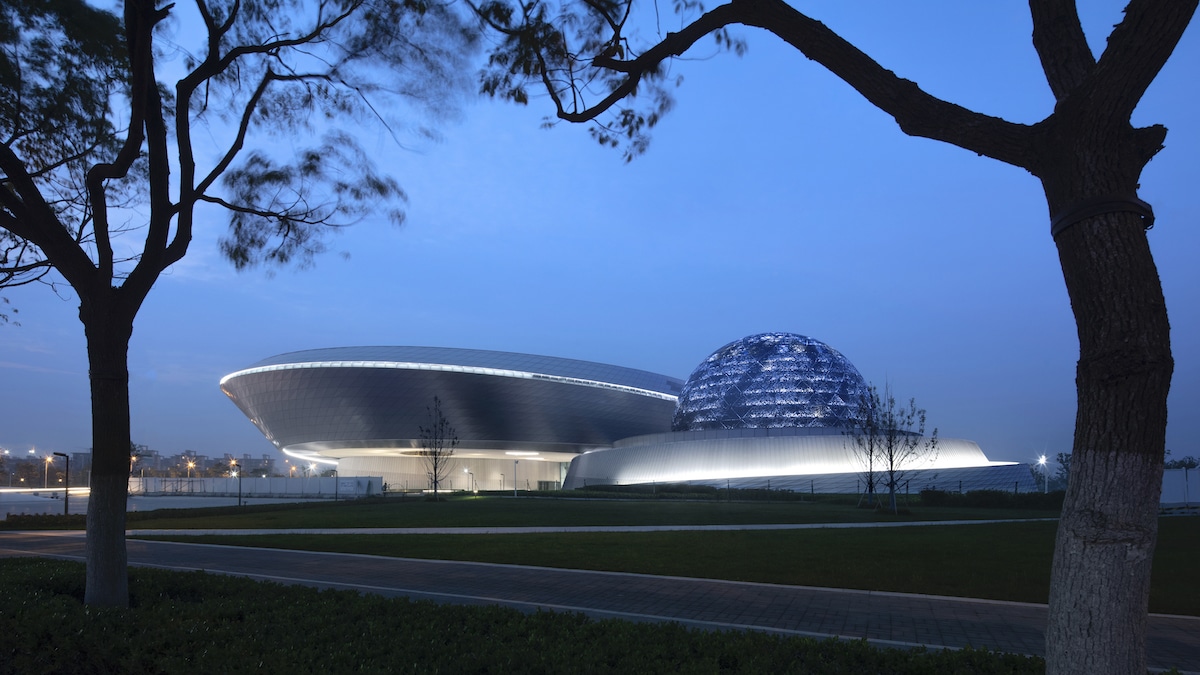 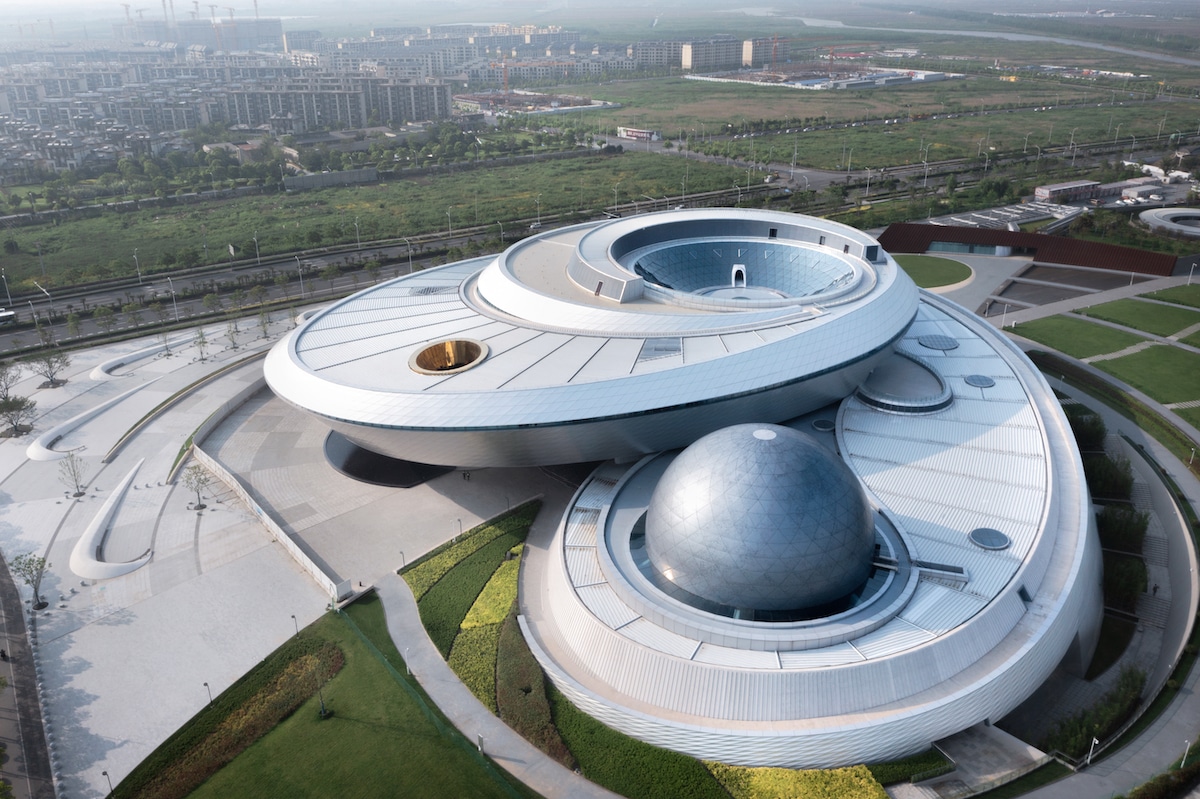 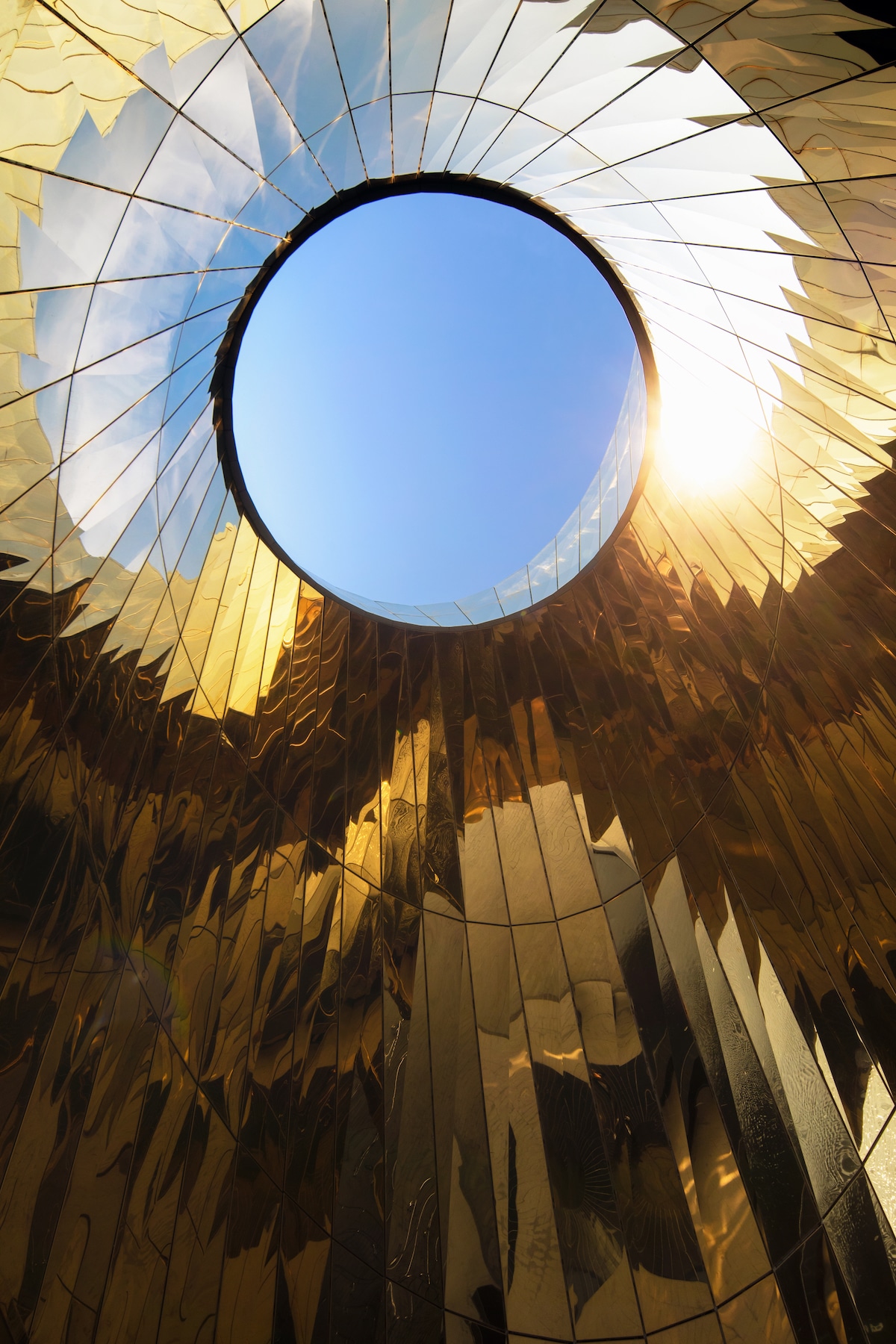 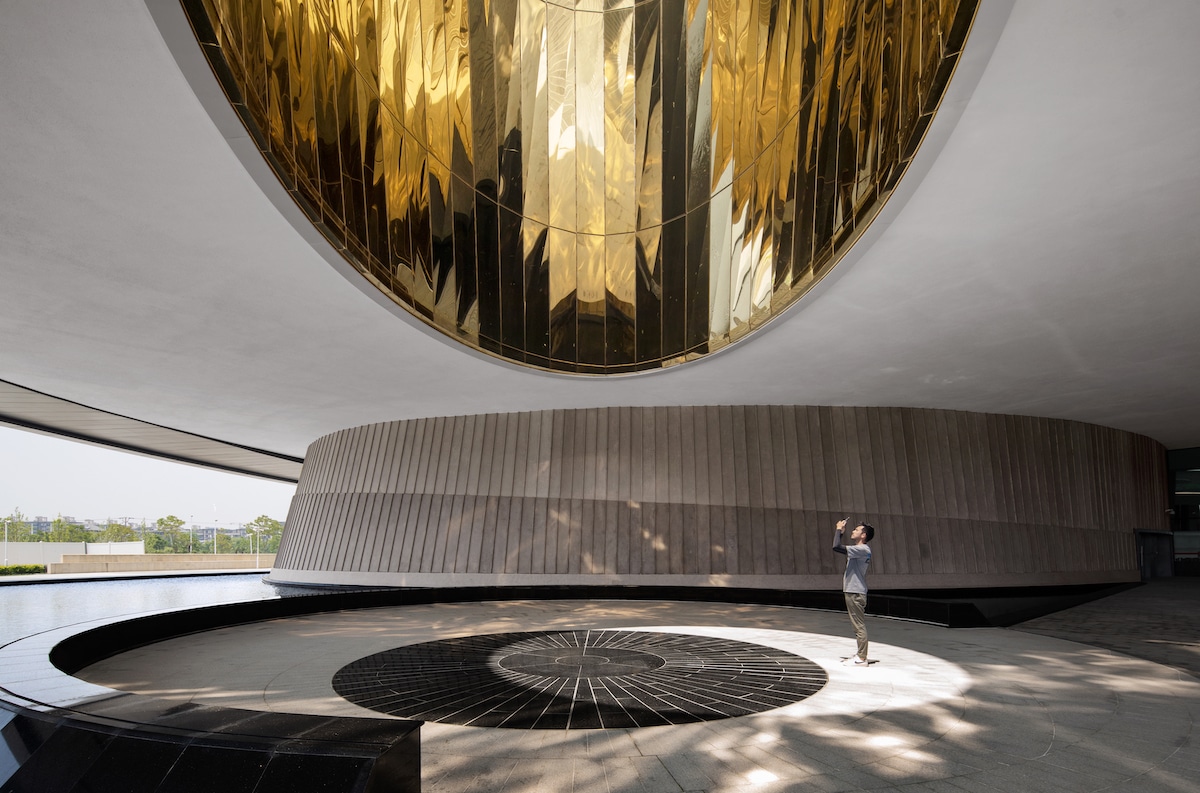 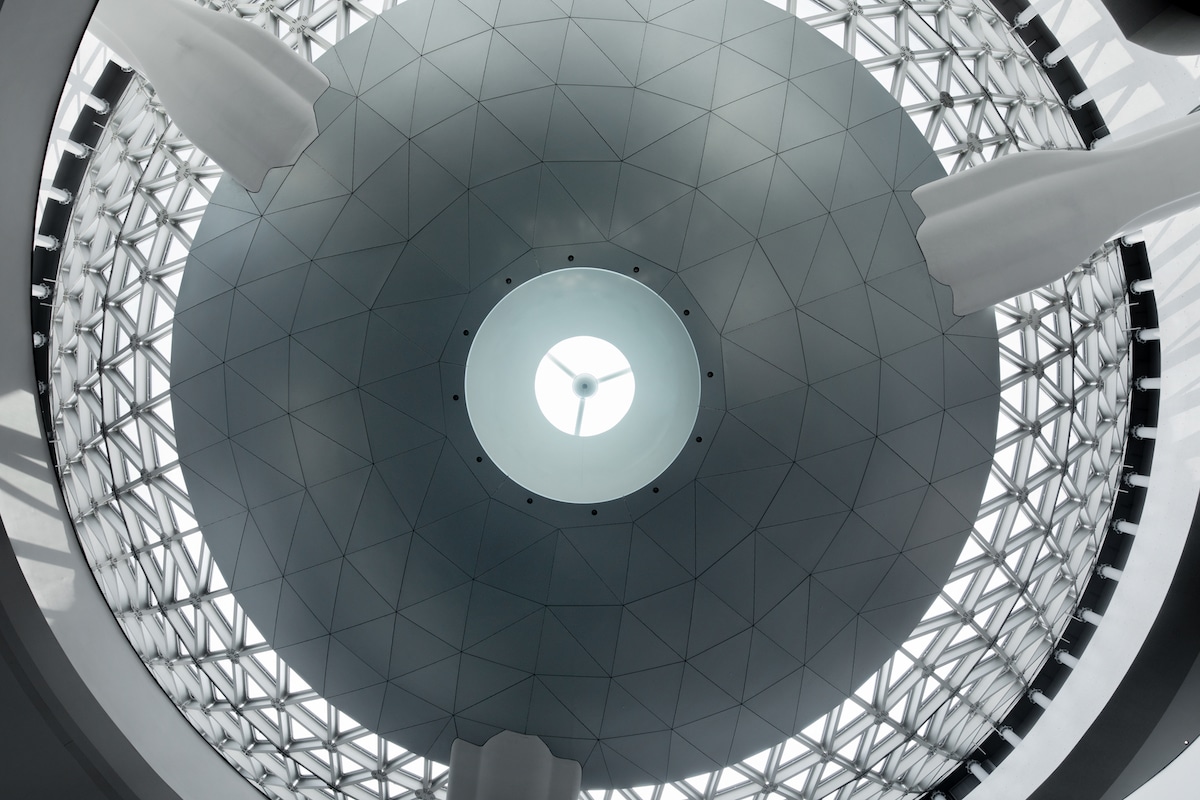 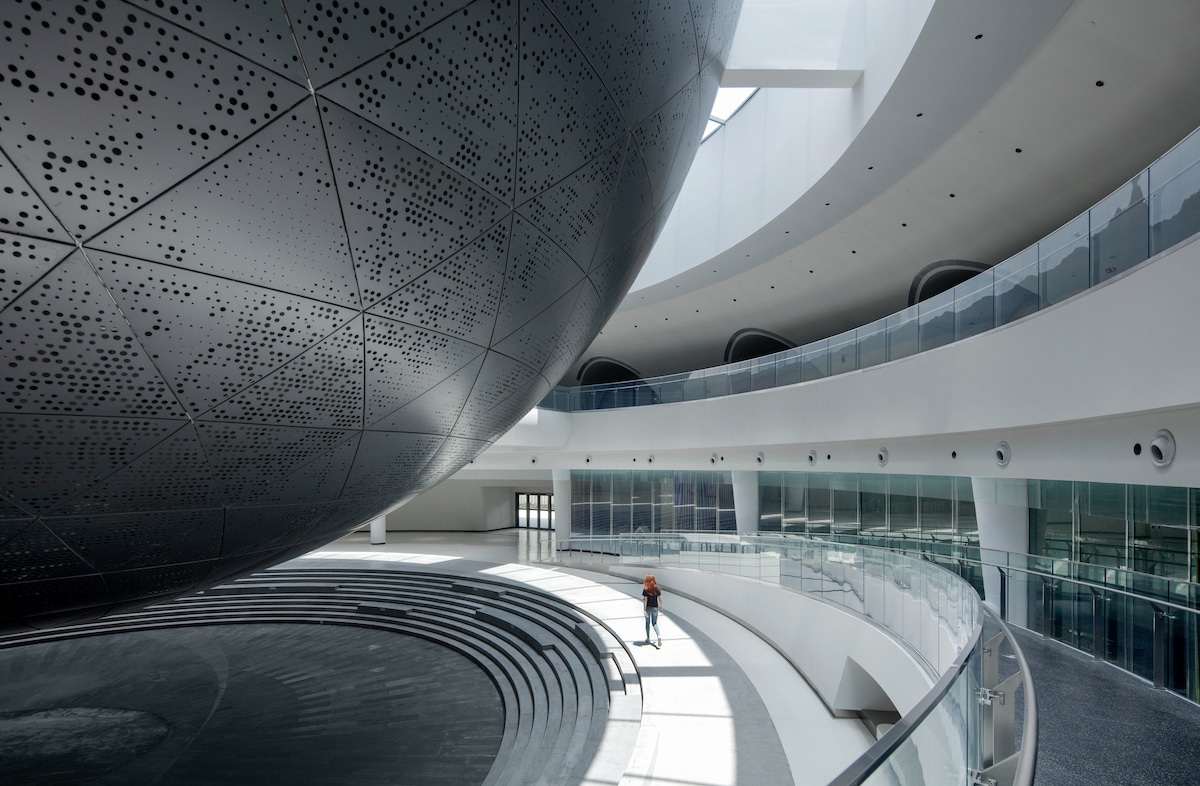 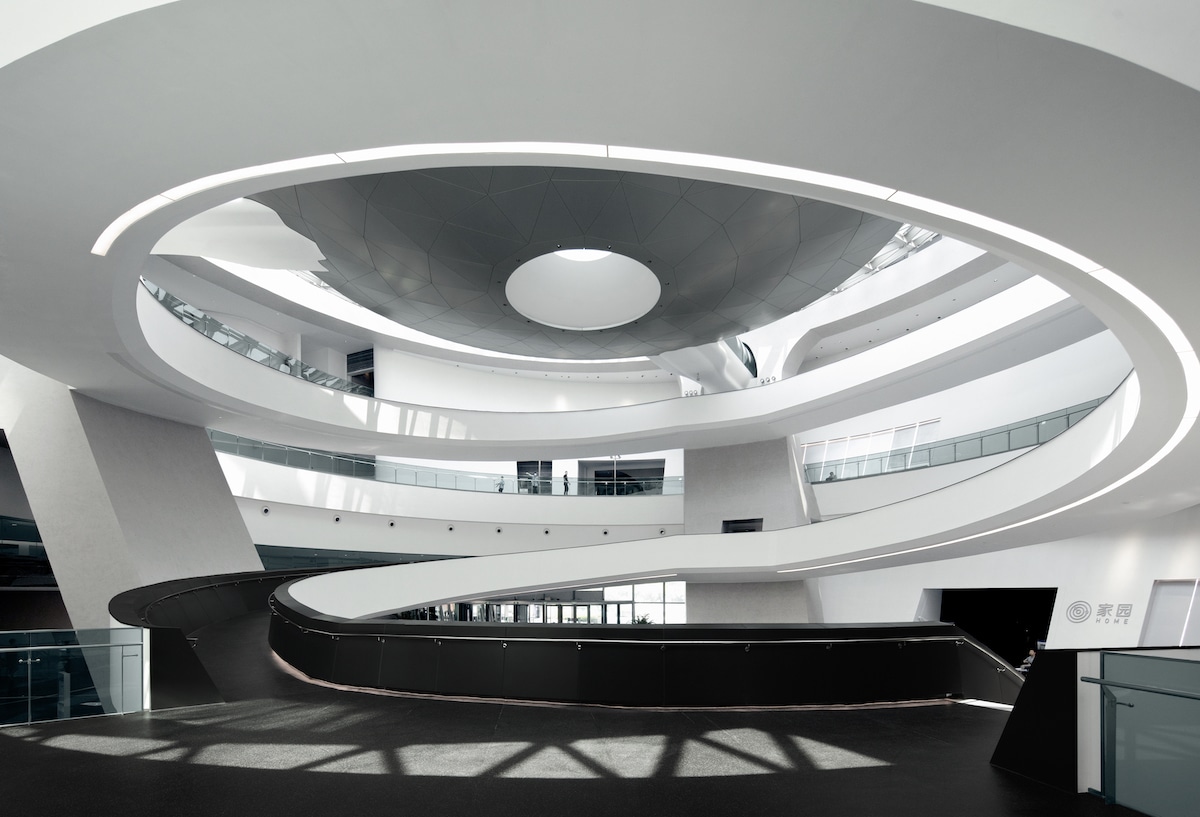 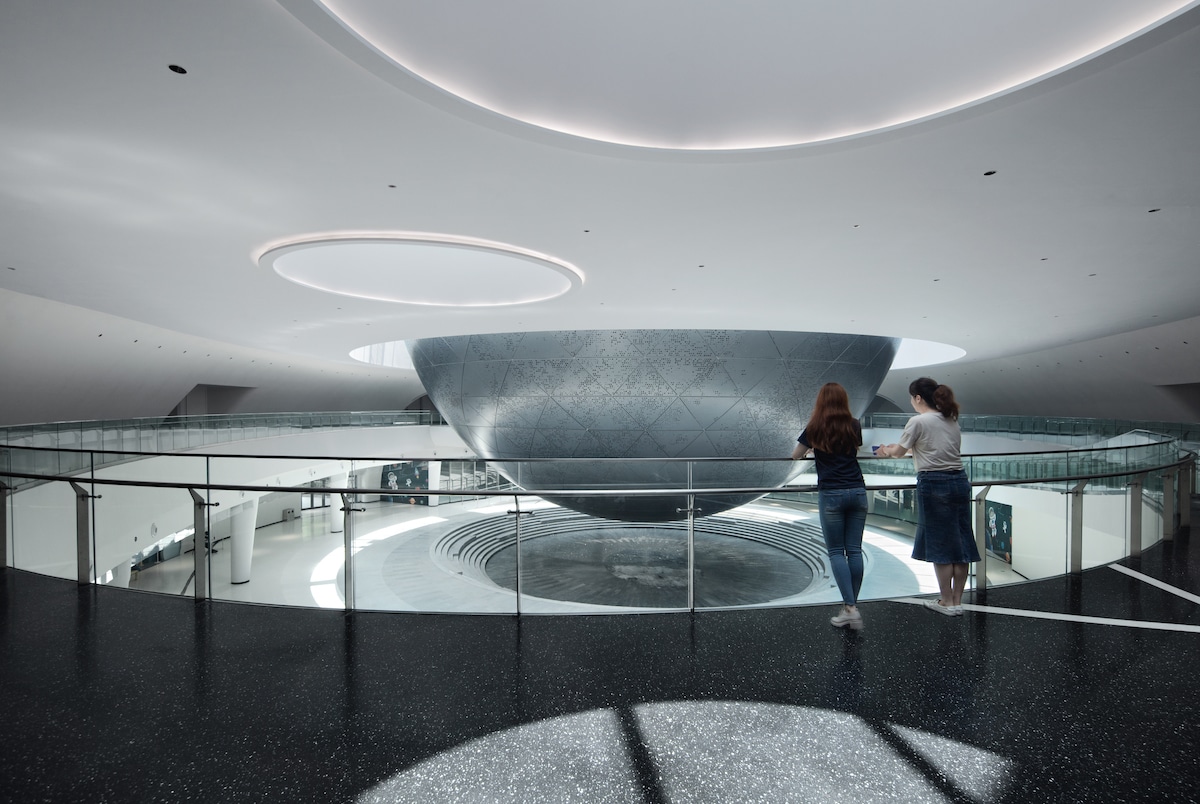 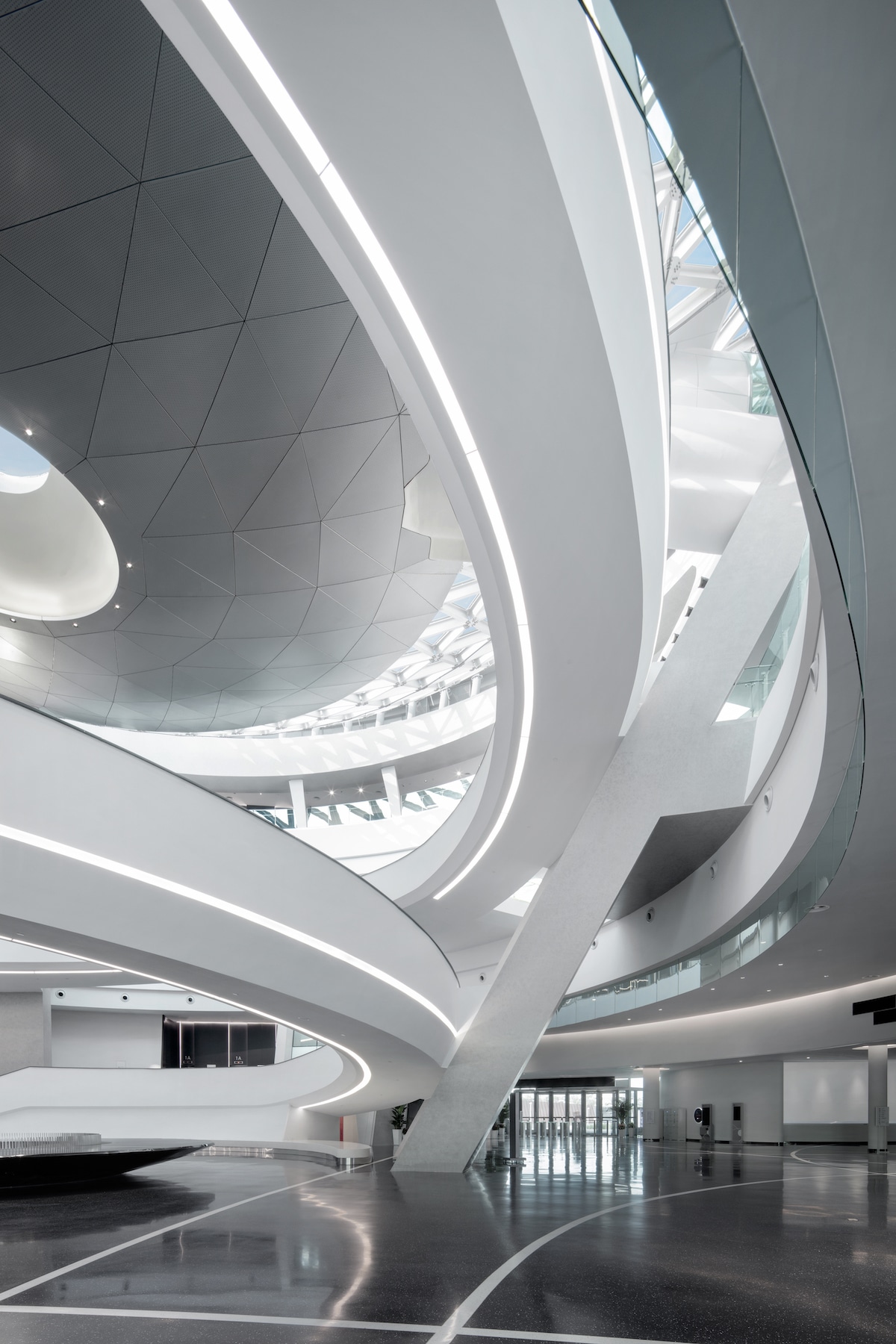 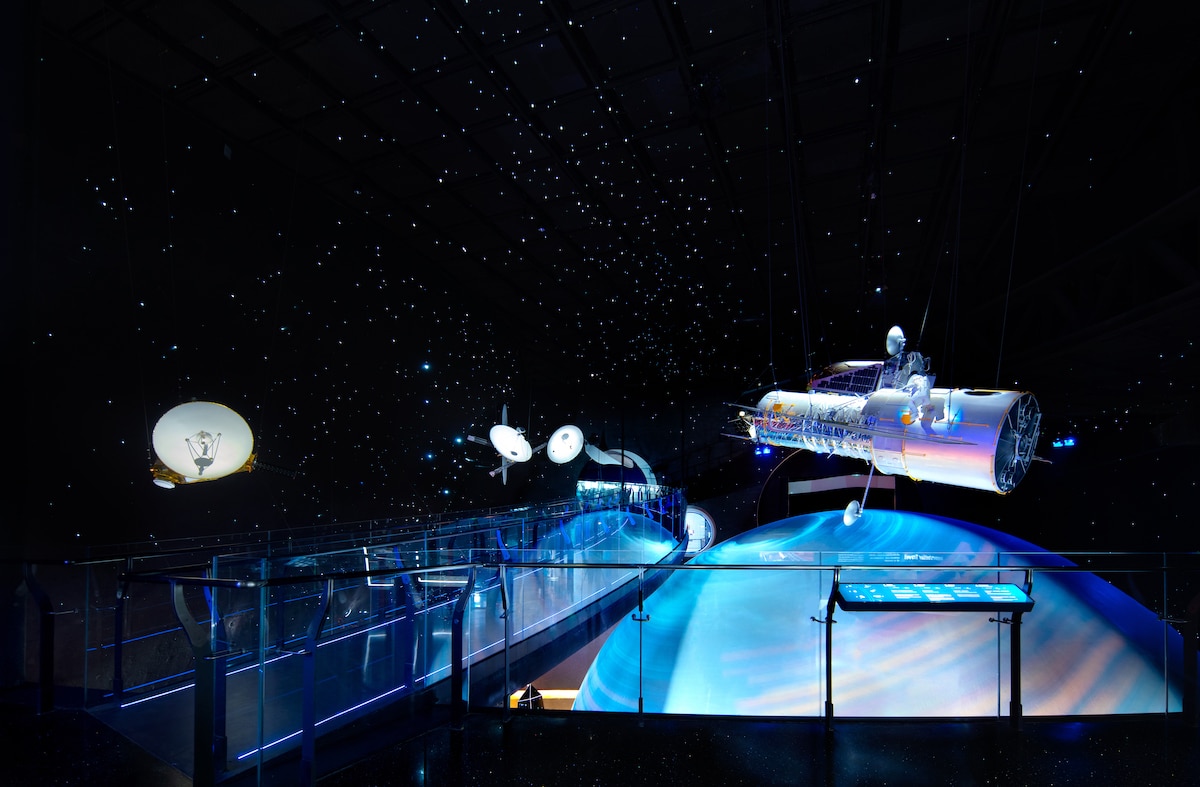 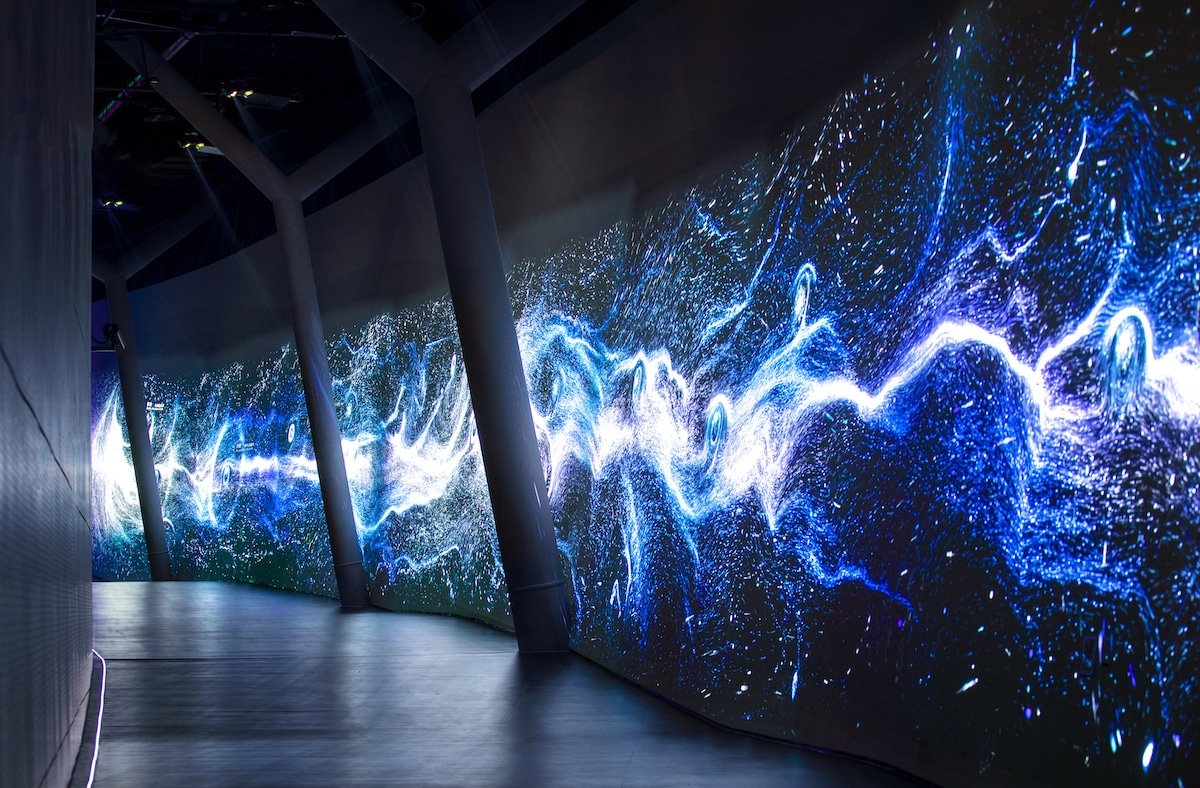 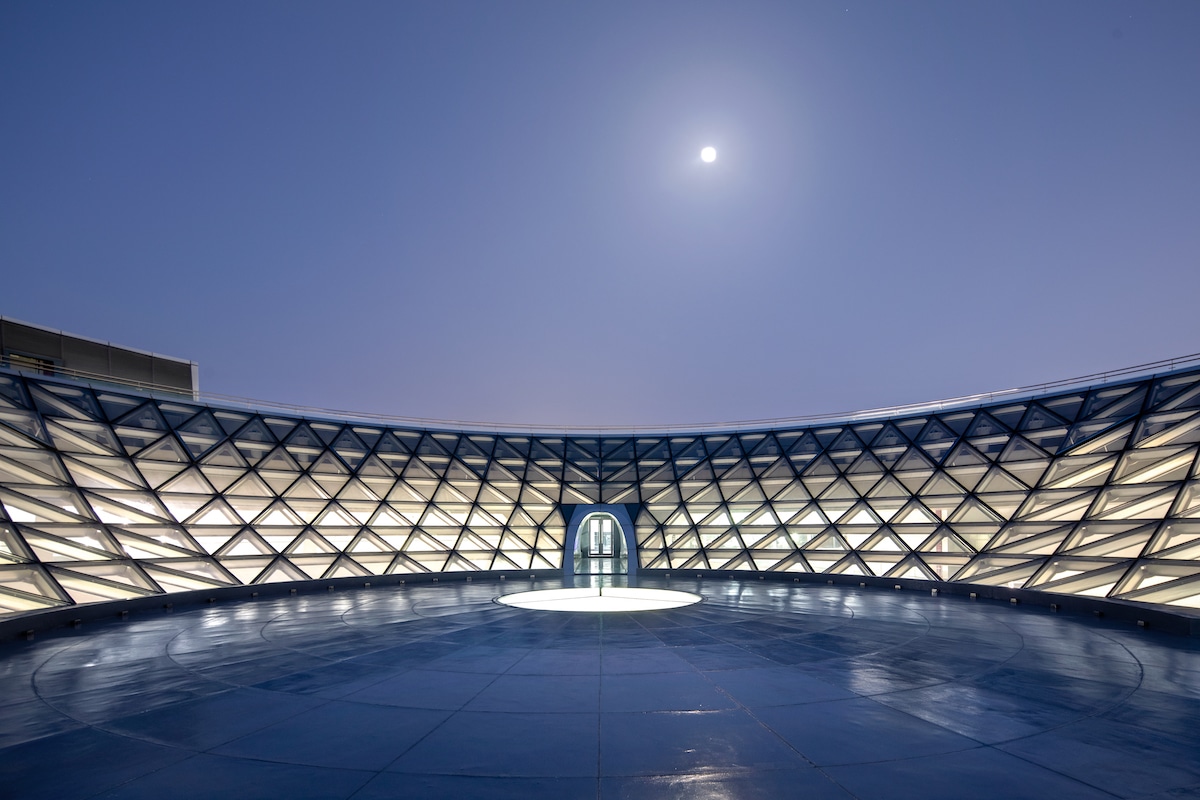 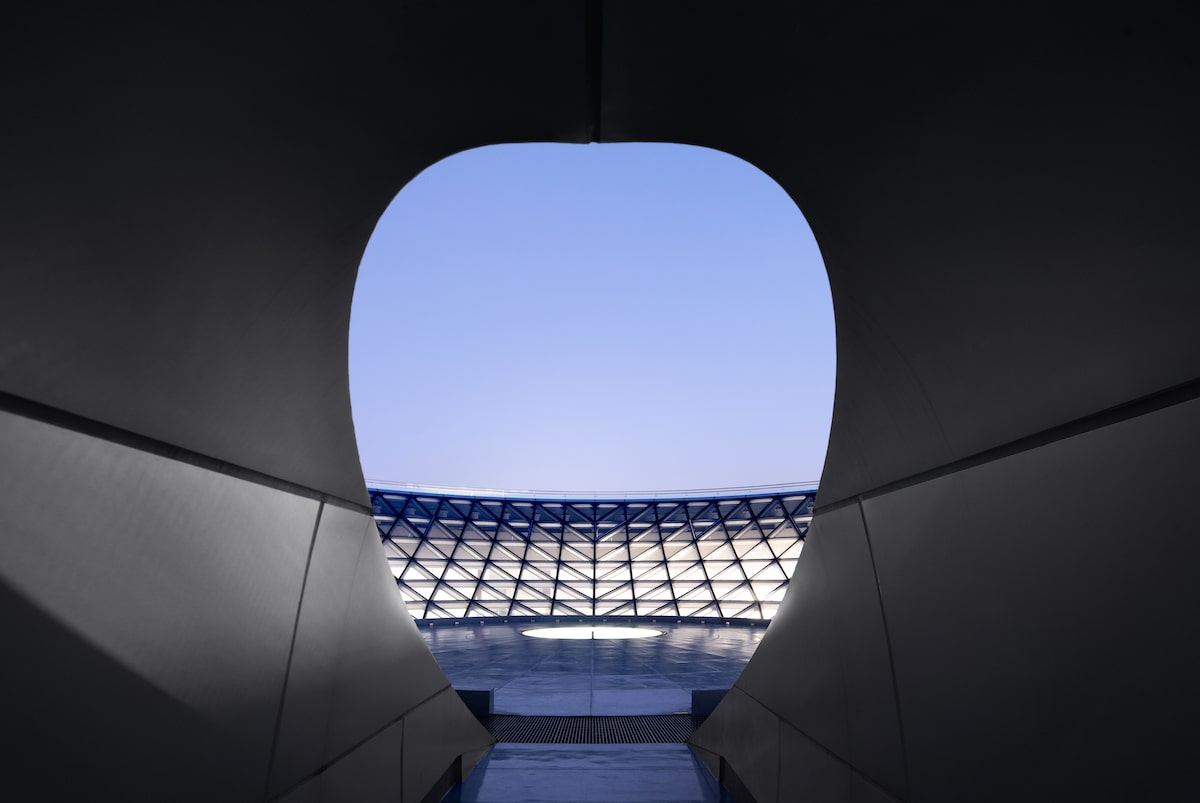 All images via Ennead Architects and Arch-Exist.