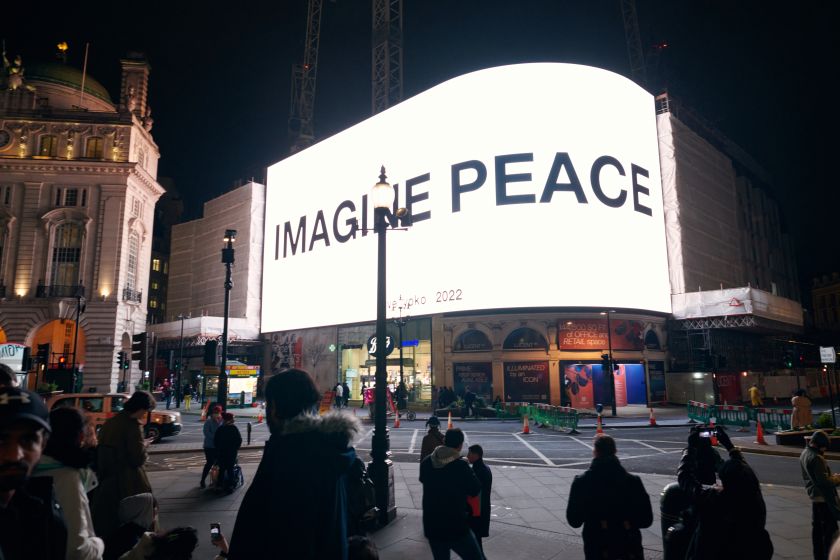 Yoko Ono is coming to a big screen near you, sort of. As part of an art installation presented by in collaboration with Serpentine, the multimedia artist is hosting a global intervention of the world’s most prominent digital screens to broadcast her mantra: Imagine Peace.

It’s a message the world needs to heed more than ever in the current climate. Taking place on select screens every evening at 20:22 local time, towering screens that usually advertise products and events will give way to Yoko Ono’s message of peace and global harmony.

Launched this month on London’s Piccadilly Lights, the screening will appear across the CIRCA network, including Milan, Melbourne, New York, and Seoul. The concept builds on Yoko Ono’s famous work as a peace activist, which achieved public fame in March 1969 when the couple staged their first Bed-In. 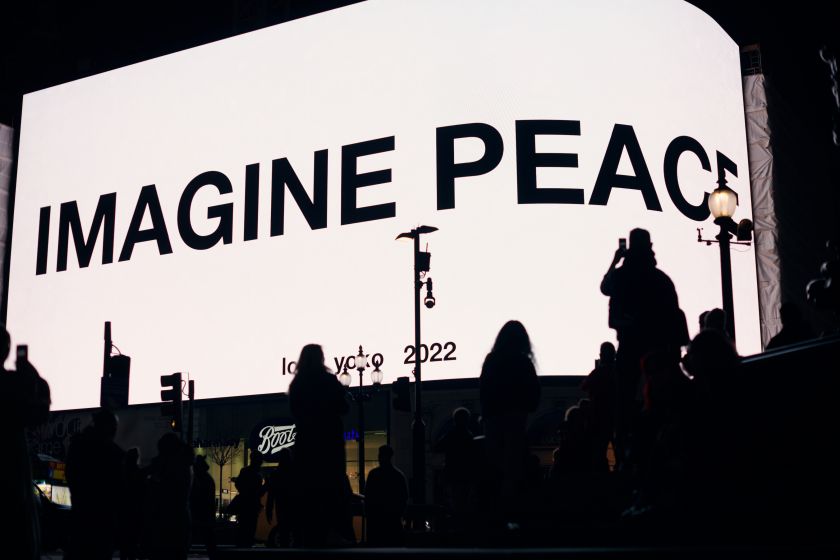 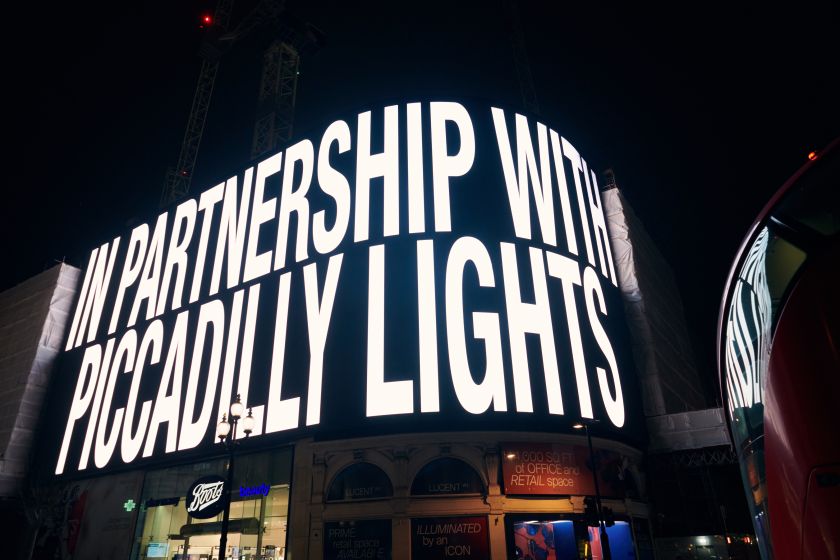 The statement peace protest, which took place over a week from their honeymoon suite at the Amsterdam Hilton Hotel, boldly communicated their commitment to social justice. And now, with Imagine Peace, that same message is again spread far and wide.

As well as building on the Bed-In, Imagine Peace also marks Yoko Ono’s return to London’s Piccadilly Circus, twenty years after she installed a poster which carried the message “Imagine all the people living life in peace”, which is of course taken from the Lennon-Ono anthem, Imagine.

Fans of Yoko Ono will know that her invitation to Imagine Peace has been expressed since the early 2000s through billboards, advertisements and posters. Plus, with the rise of social media, her message has adapted to be spread digitally. “Imagining,” said Ono, “is something that we can all
do, even when we have different opinions about how to get there.” 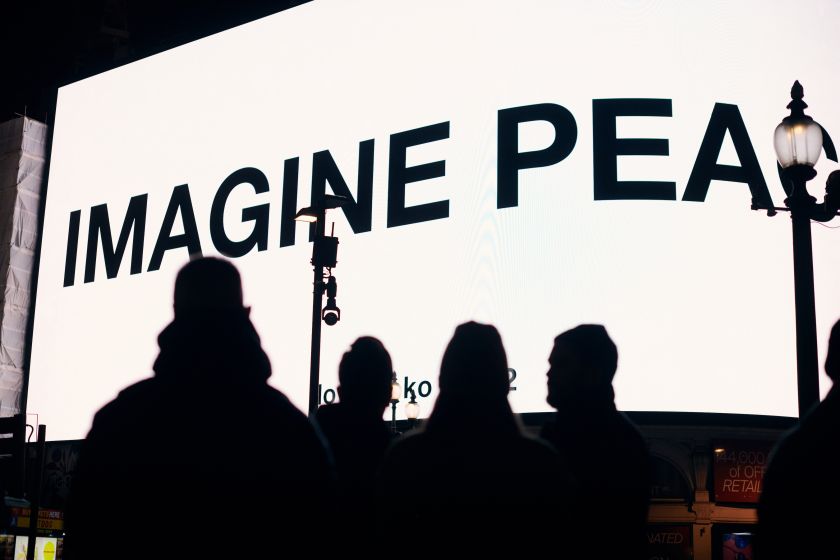 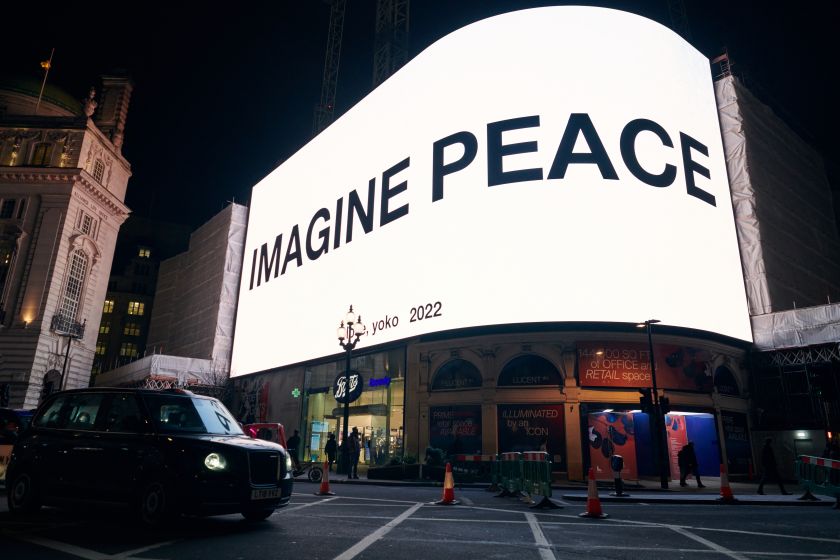 On top of this, Ono conceived the Imagine Peace Tower in 2007. Created in memory of John Lennon, this installation took place on Viðey Island off the coast of Reykjavík, Iceland. Taking the form of a tower of beaming light, this work represented wisdom, love and acts as a beacon for all those wishing to contribute to world peace.

Accompanying the Imagine Peace displays is a limited edition print by Yoko Ono, available from the CIRCA site. Priced at £100, 100 per cent of the proceeds raised by the sales will be donated to the United Nations Central Emergency Response Fund, one of the fastest and most effective ways of providing humanitarian assistance to those in need.

Want to find an Imagine Peace screening near you? to go to a handy map which details both the time and place of the next screening. 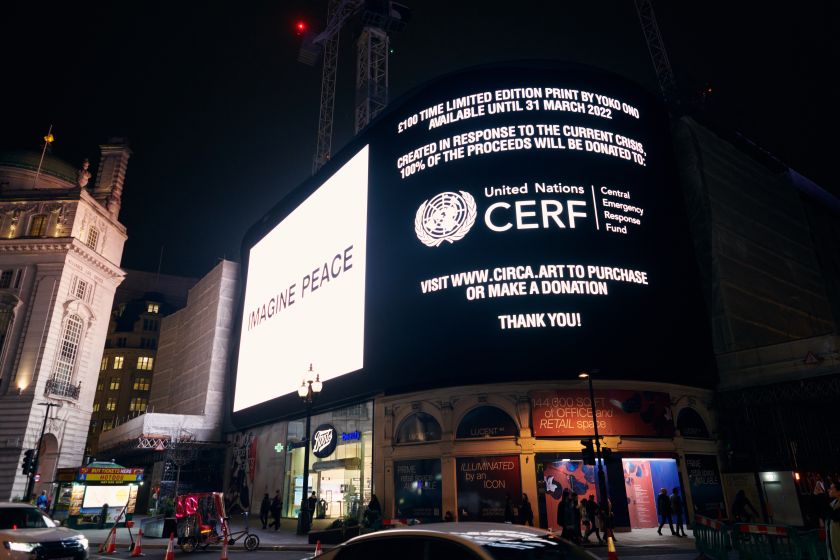 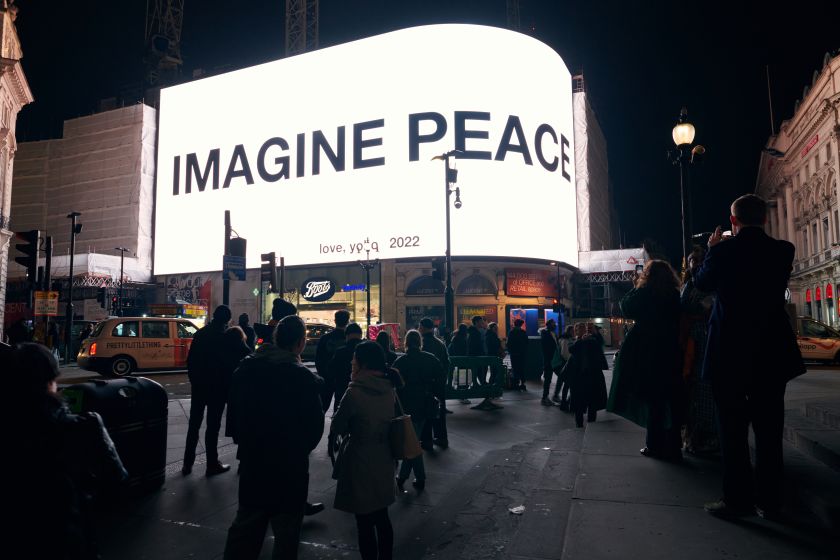