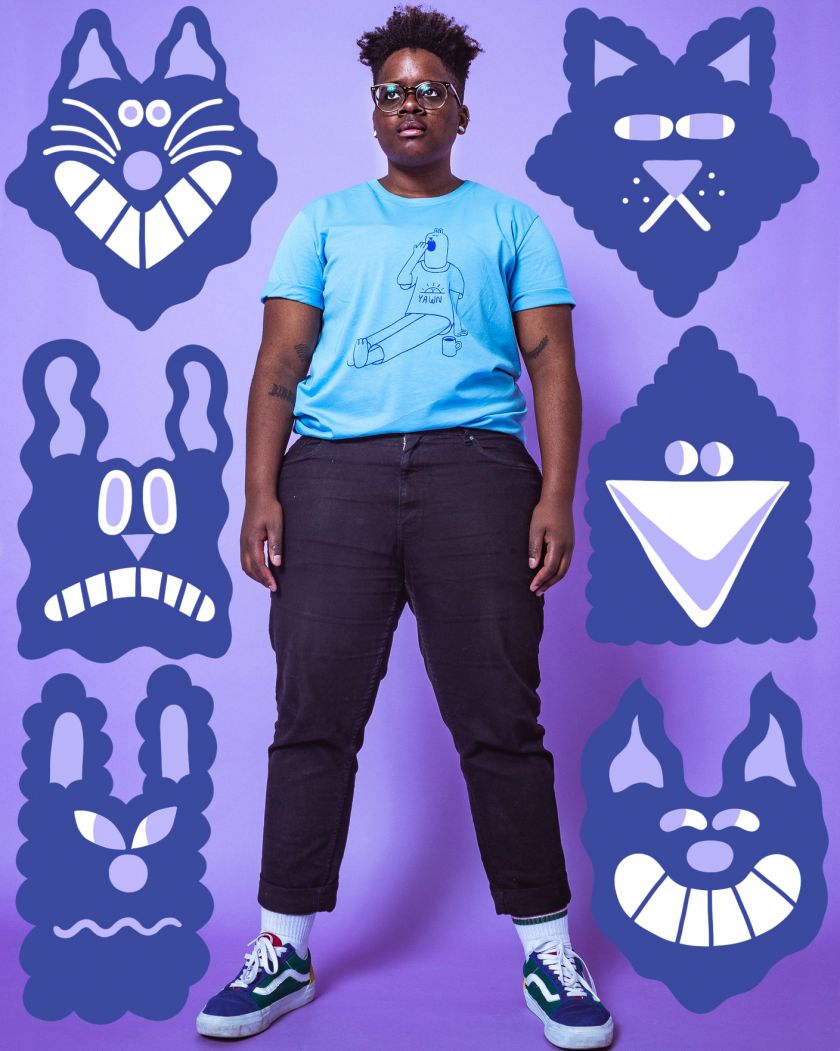 If you’re a voracious devourer of social media, you’ll have come across YUK FUN (or Yuk Fun) at some point. Not only does the Portslade-based label share eye-catching pics of their wares to great acclaim, but they’re also a dab hand at introducing illustrators and interesting curios from the history of art and design. We’re not just talking retweets, but brand new posts that make their profiles a lovable outpost of visuals as delightful as their bright and kooky goods.

Yuk Fun is run by creatives Lucy Cheung and Patrick Gildersleeves, and their name derives from Lucy’s Chinese middle name, Yuk, the Chinese character of which means to produce or raise.

“So we added ‘Fun on the end’,” the duo tells us. “Plus the even number of letters was quite pleasing!”

Lucy and Patrick met at Leeds Met University, where they both studied the same art and design course. After graduating, they both did their own thing for several years until realising they could combine Lucy’s sewing abilities and design brain with Patrick’s illustration skills to make crowd-pleasing clothing together. 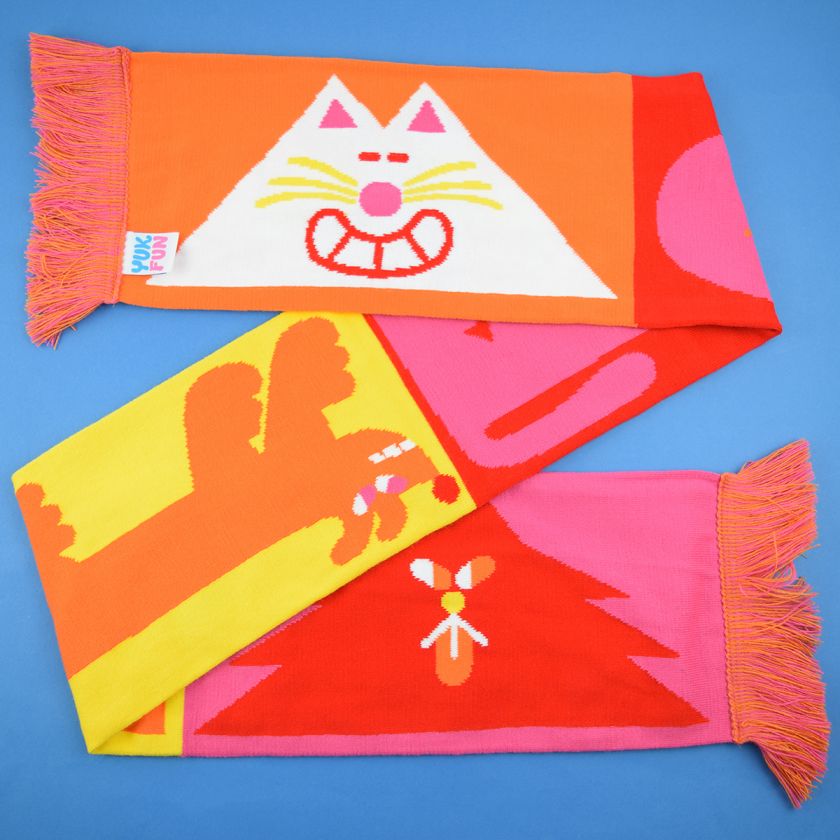 “We started Yuk Fun in 2014 with a few T-shirt designs. Initially, we relied on manufacturers to make our clothing, but after a few disappointing results (colours coming out differently to what we wanted, for example) we decided to do the printing ourselves. We now screen print our designs onto sweatshirts, T-shirts and totes as well as on fabric so we can make pretty much whatever we like!”

The twosome is both inspired by Chinese folk art, Japanese woodcuts and textiles. They also share a love of animation (especially Studio Ghibli) and all kinds of illustration from the last century. Think mid-century wonkily printed matchbox labels, trippy ’70s kids’ book illustrations, and posters by the likes of Raymond Savignac, Herve Morvan and Sándor Lengyel. In other words, the kind of yummy stuff you see on their socials. 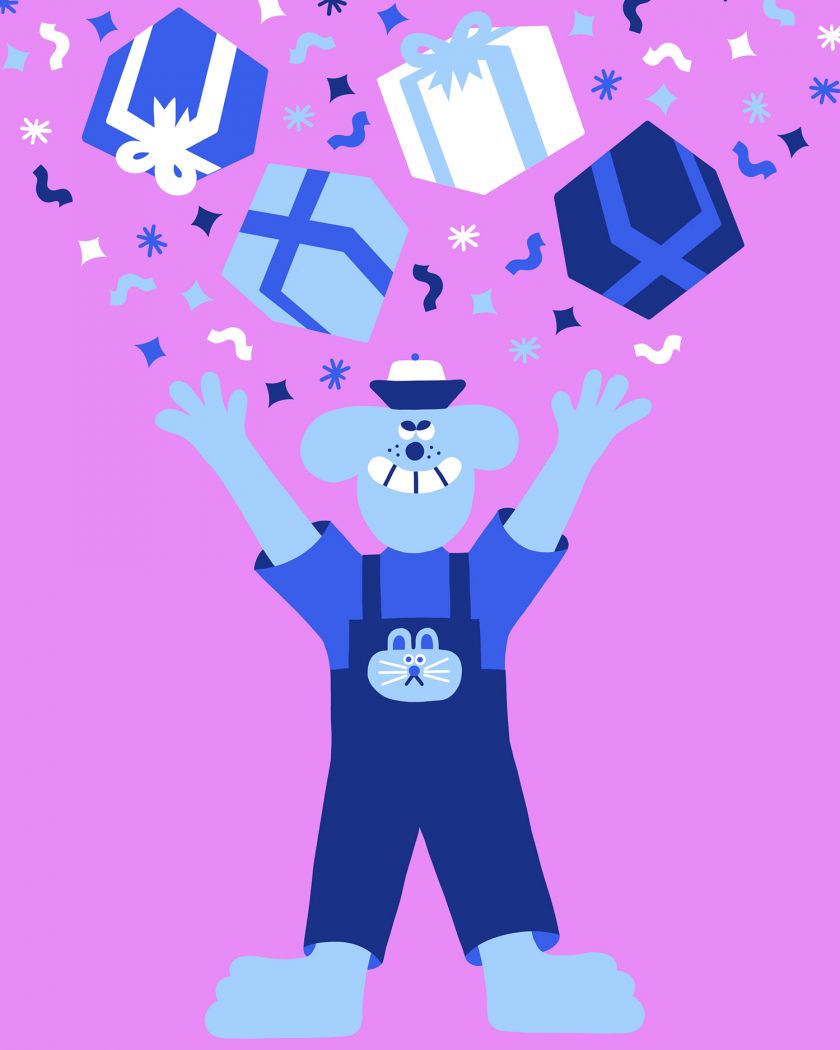 “In terms of contemporary illustrators, there are so many great inspirations,” they add. “We actually have a little series on our blog called where we interview our favourite creatives. Some of our most recent guests are Ashwin Chacko, Arina Shabanova, Holly St Clair, Taro Oono and Alfonso de Anda.”

Yuk Fun describe their art as bold and fun. They especially love to make images that they hope make customers smile or laugh.

“We pick out potential designs with a combination of thinking of funny things and digging through Patrick’s sketchbooks for images that produce a snort of laughter. We aren’t master screen printers so our style is partly dictated by needing to use thick, bold lines that will work on a screen. If the lines are too fine, it can be really tricky to get a good print.”

Their latest project is the Dora collection, named after their pet cat who features on all Yuk Fun designs. The collection comes with dungarees, jackets and trousers as well as T-shirts and a scarf. Previous highlights for the pair include a 2018 exhibition they organised called Dream Safari, featuring some of their favourite illustrators.

“It was super fun. And tiring haha,” says Lucy.

“I’m really happy with the little screen printing book we published with Design For Today last year,” adds Patrick. “It’s a 20-page guide to screen printing at home on a budget. I’ve never worked on anything for as long as that!” 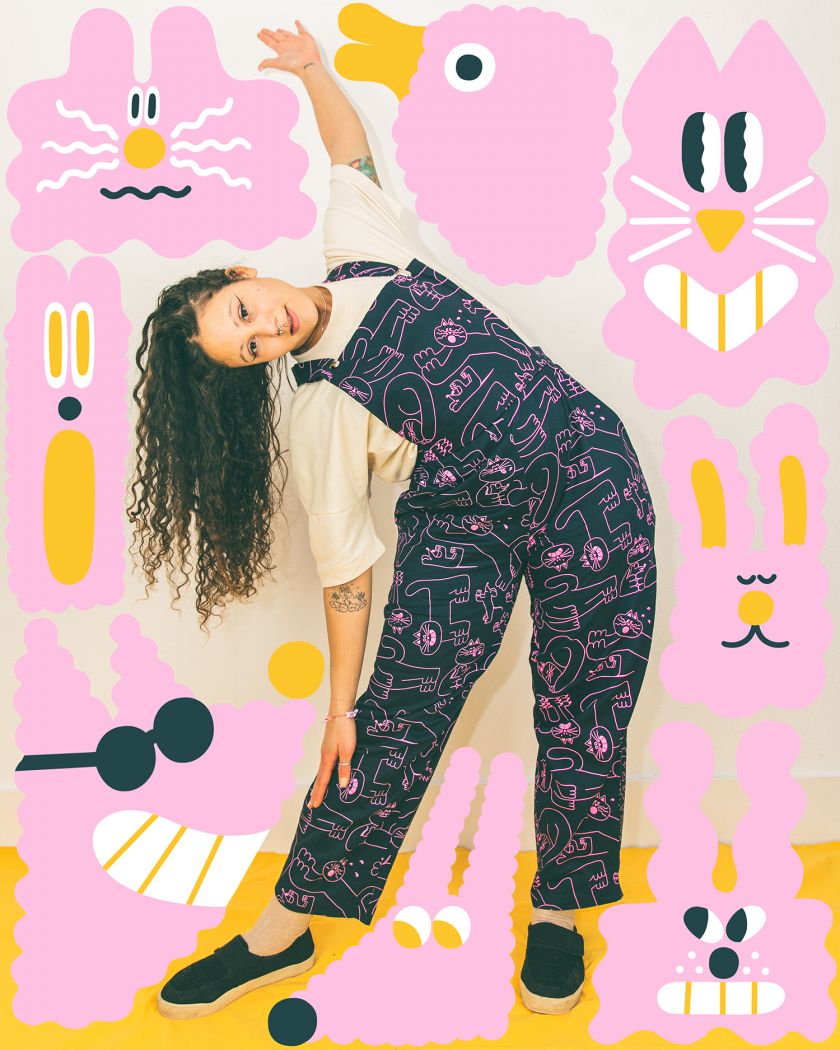 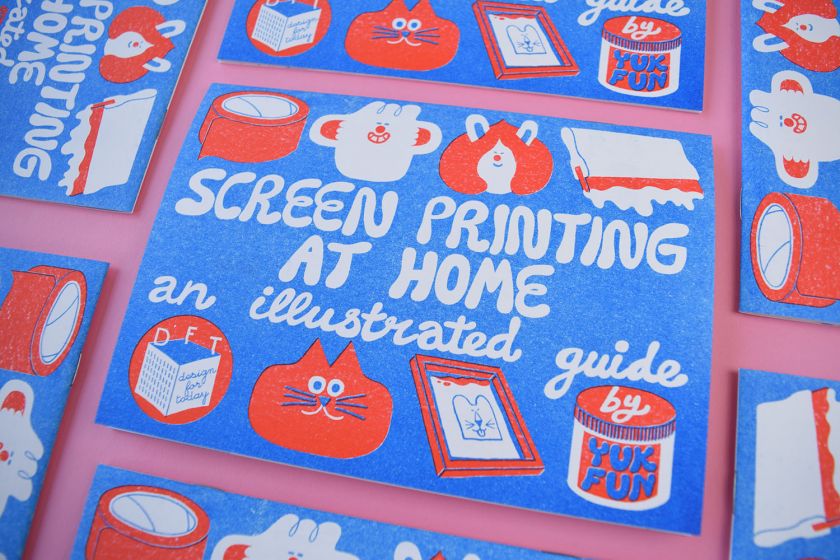 For 2021 Yuk Fun would love to work on more illustration commissions and more outside products.

“We’re obsessed with packaging so something for a product brand would be really cool. We’d really like to put on another exhibition, but that’s going to have to wait until the pandemic is less severe.”

“We’ve also recently gotten quite into live streaming (on and Twitch), so we’re excited about pushing that further because it’s really fun!”

And it doesn’t get more fun than YUK FUN, folks. 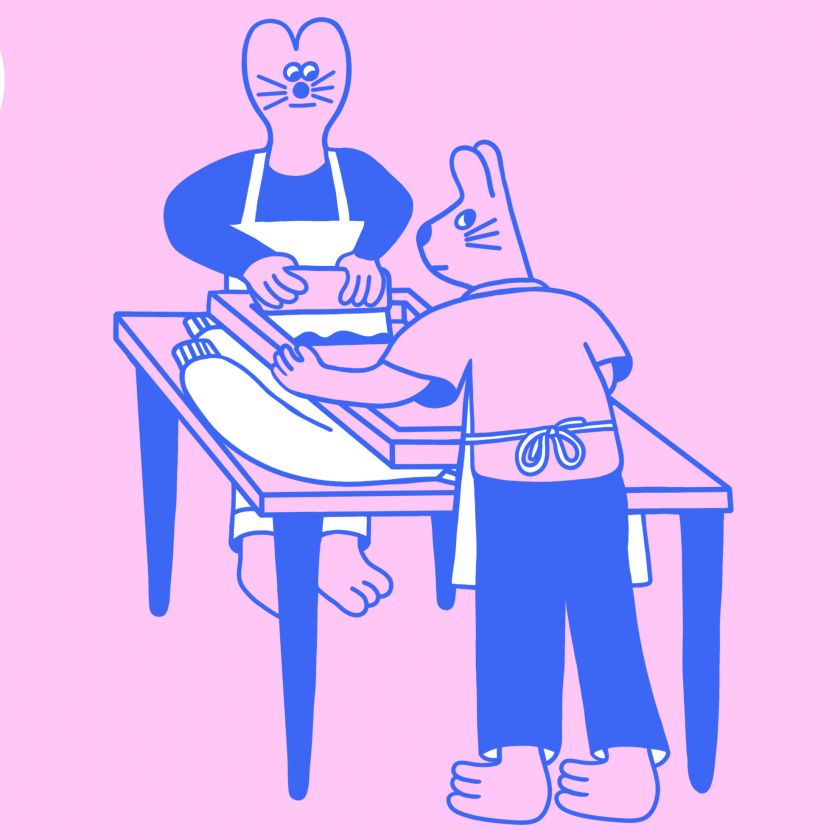 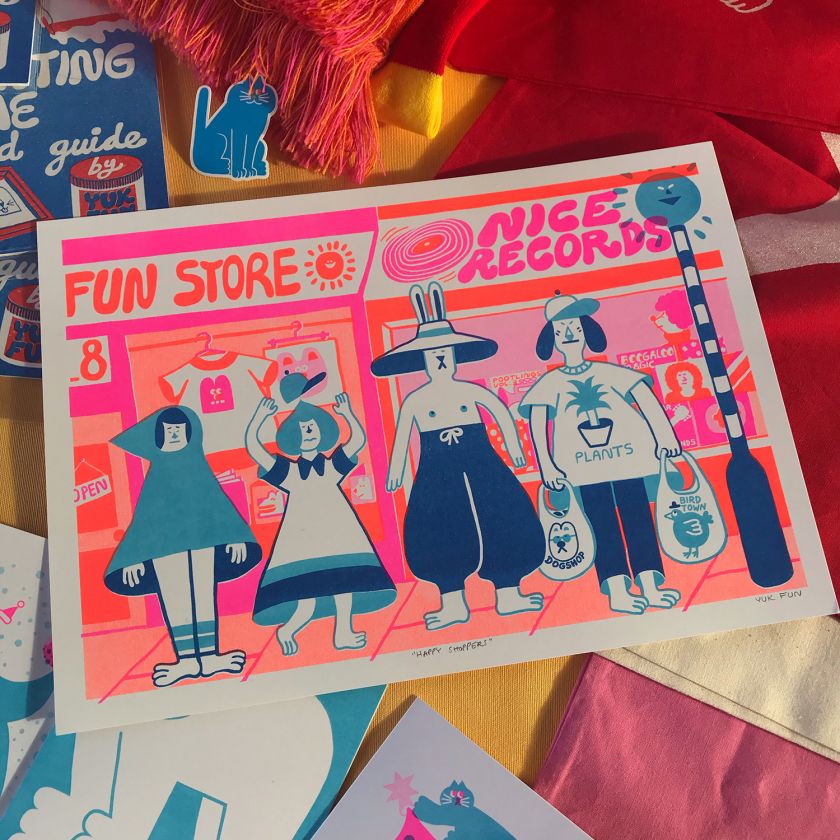 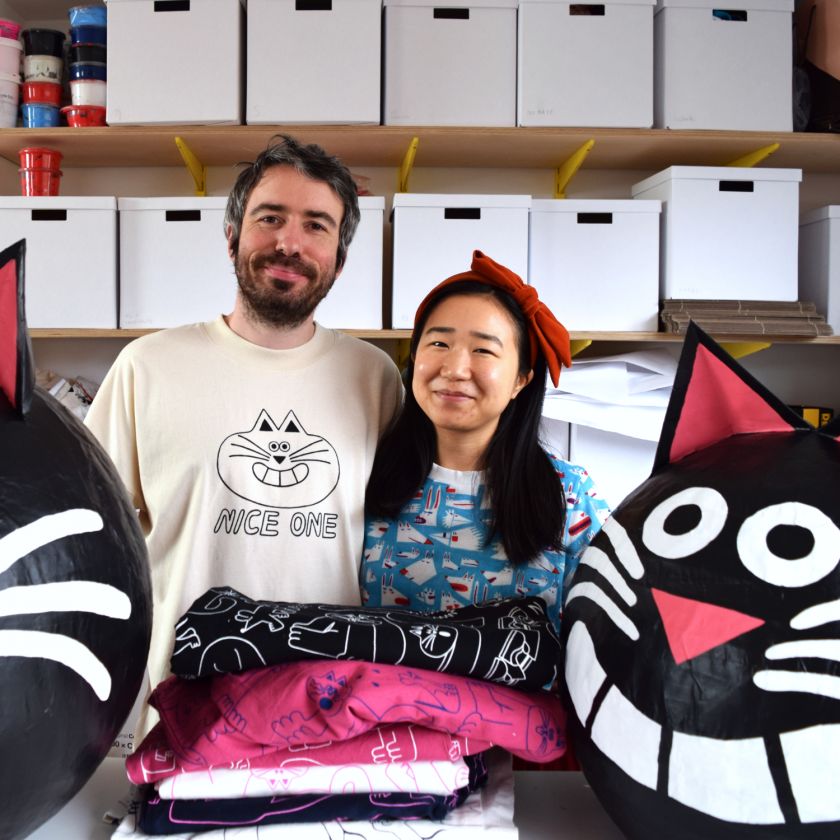