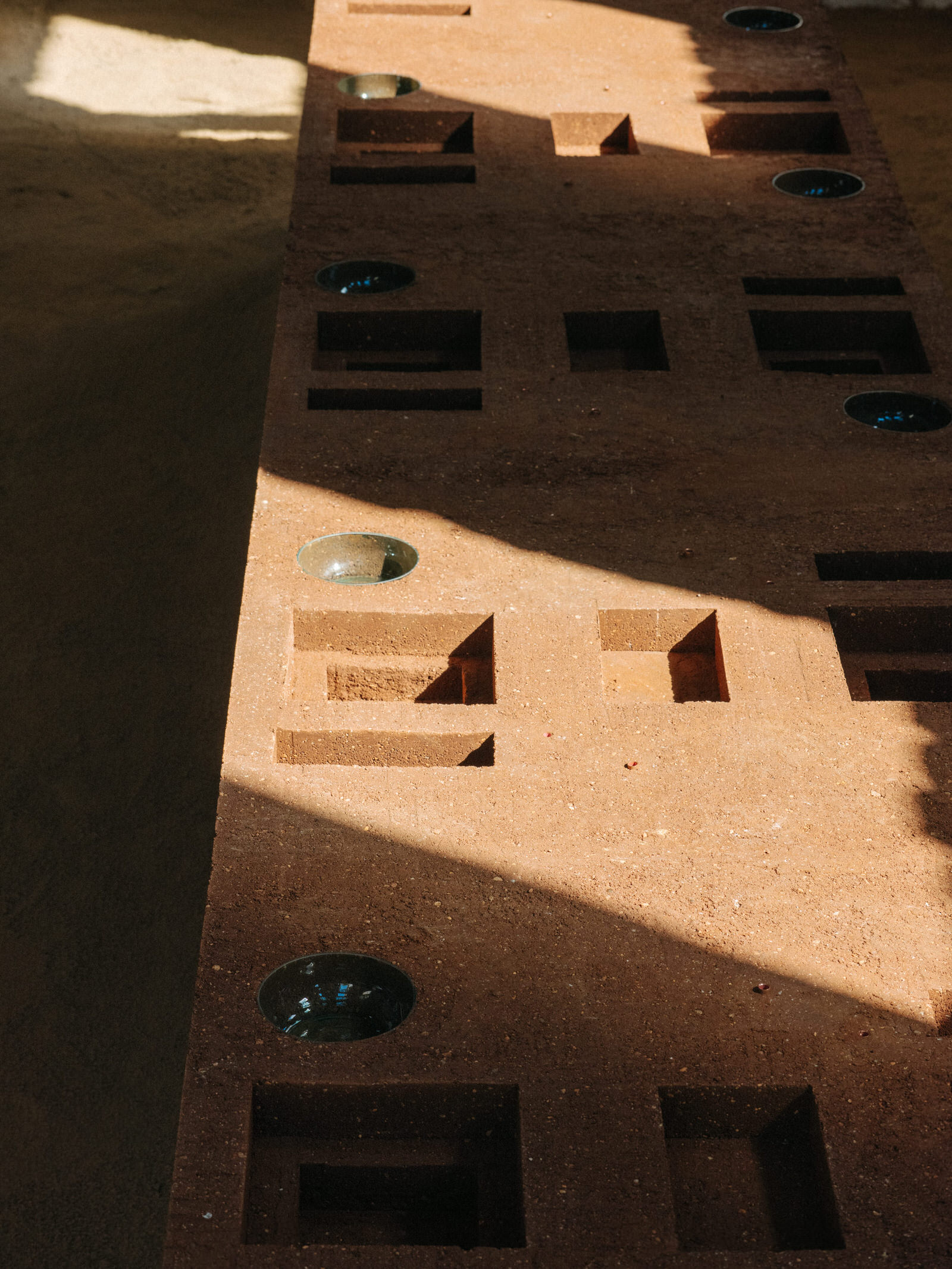 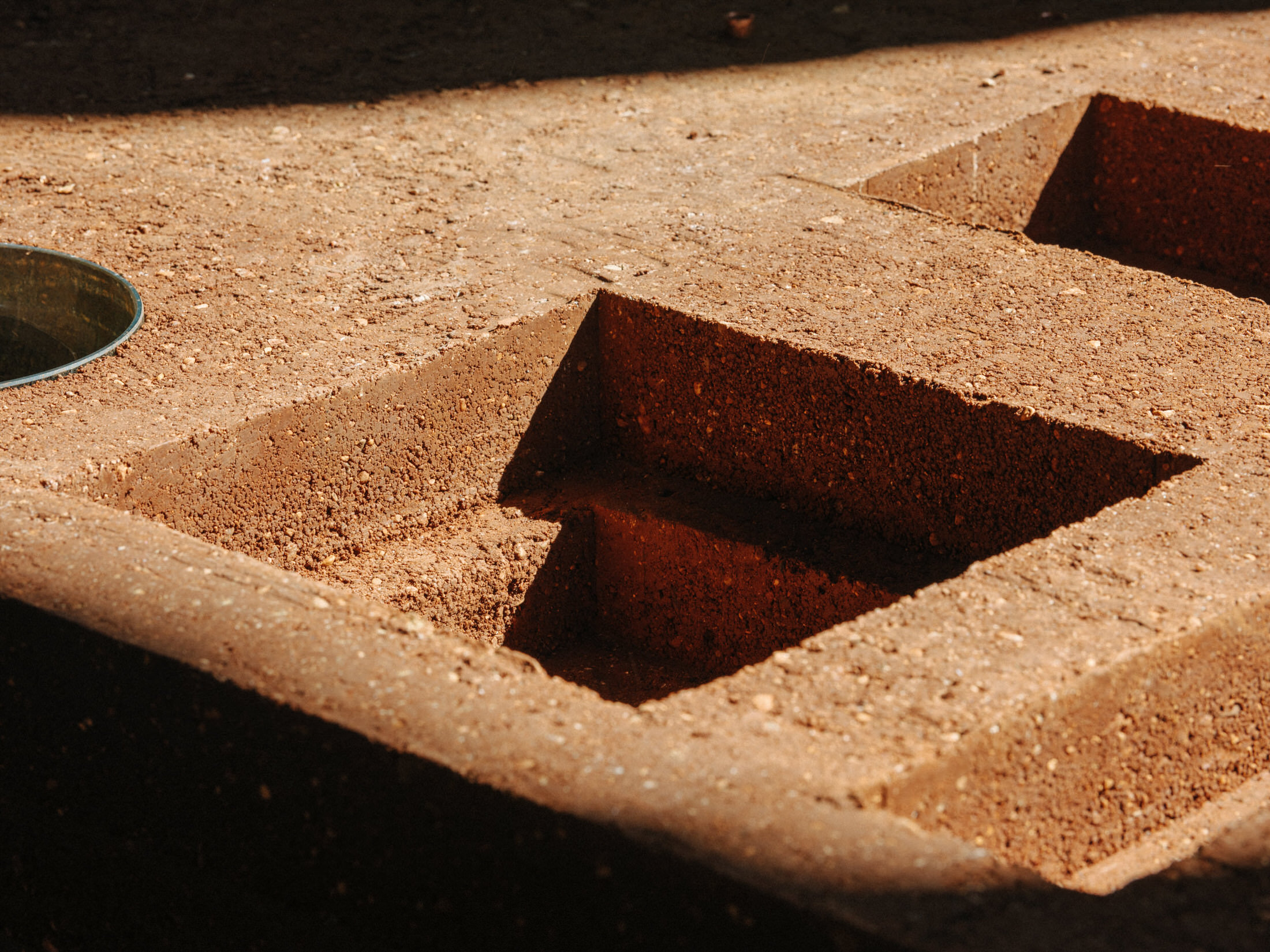 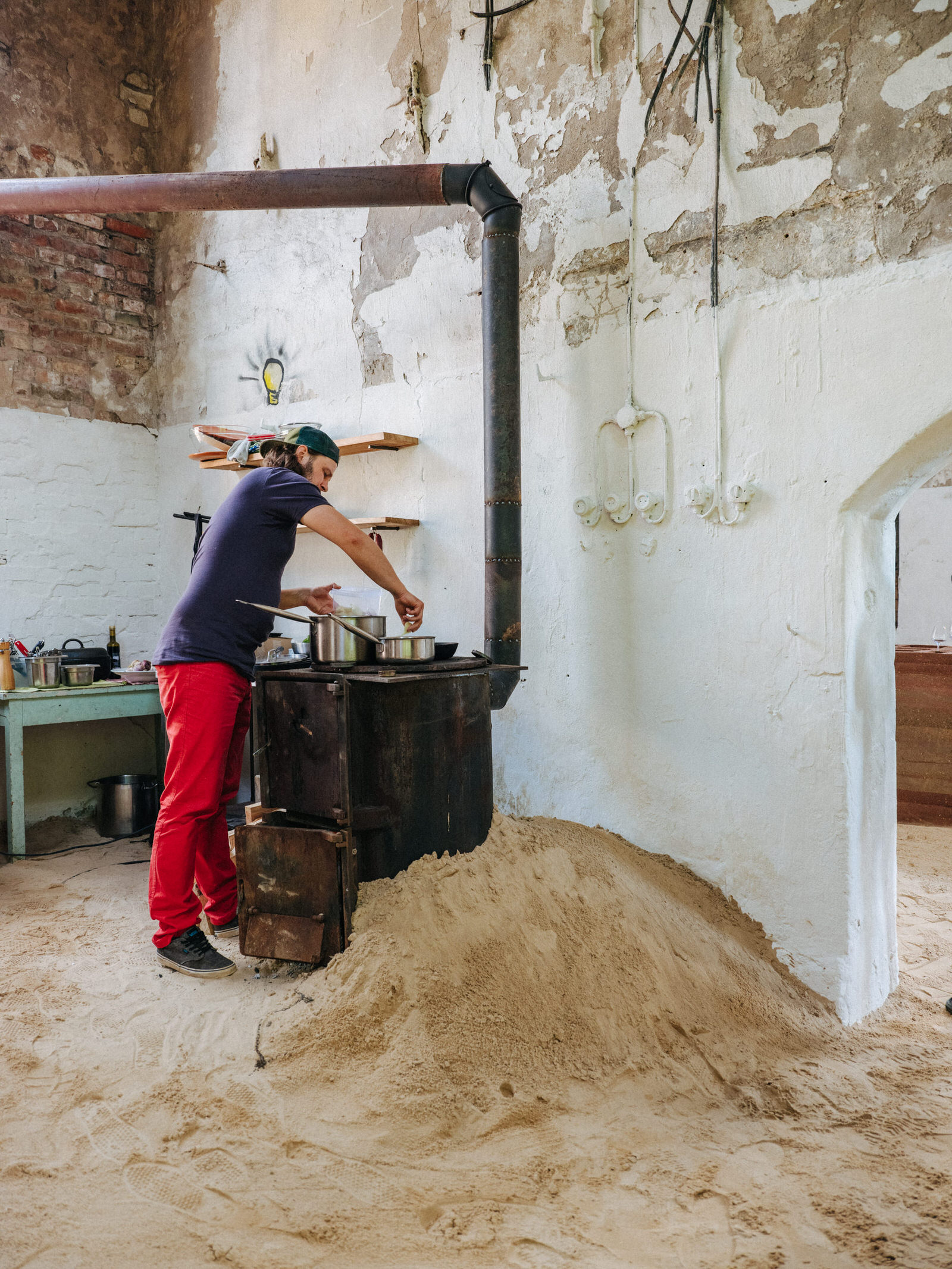 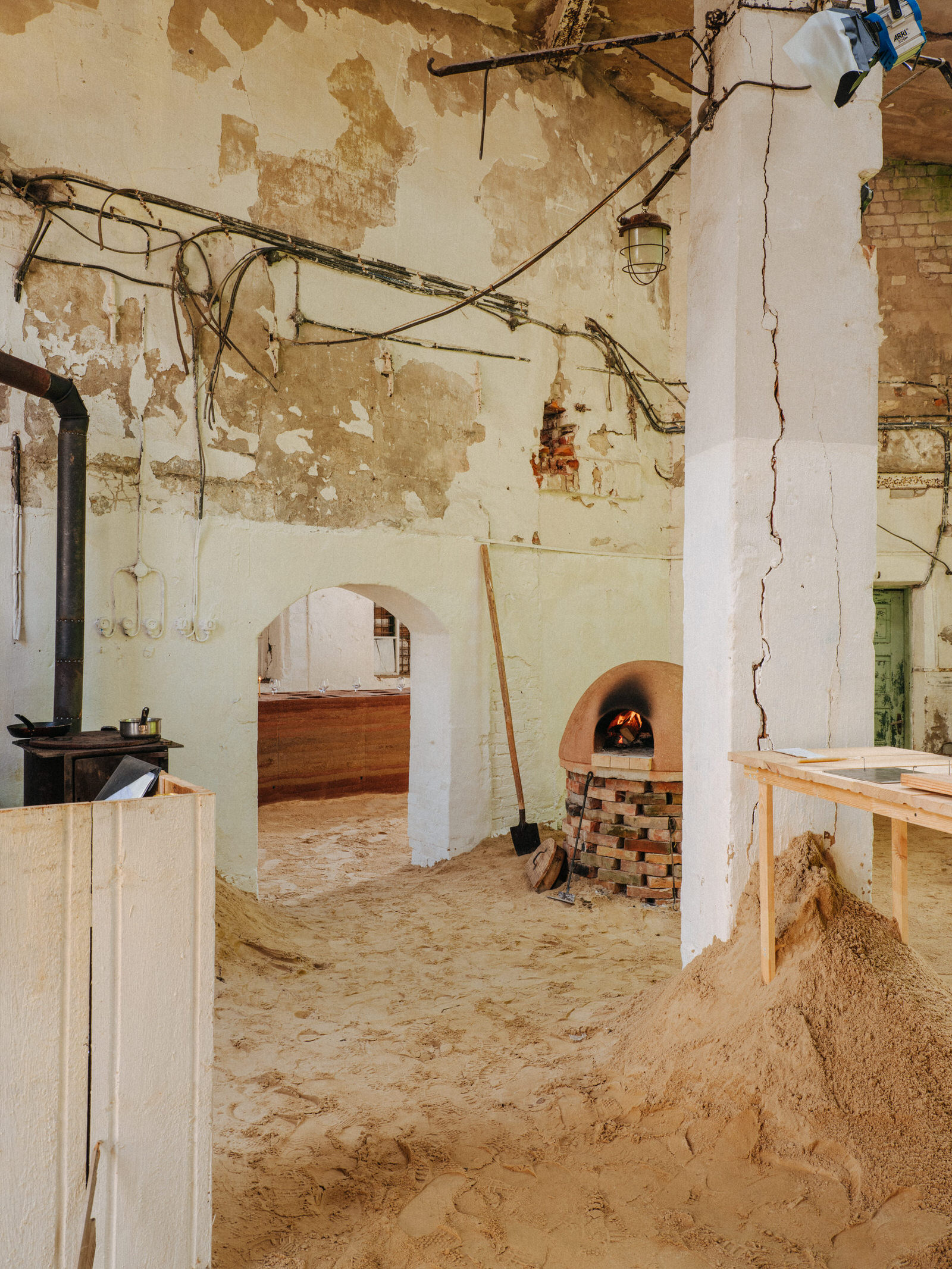 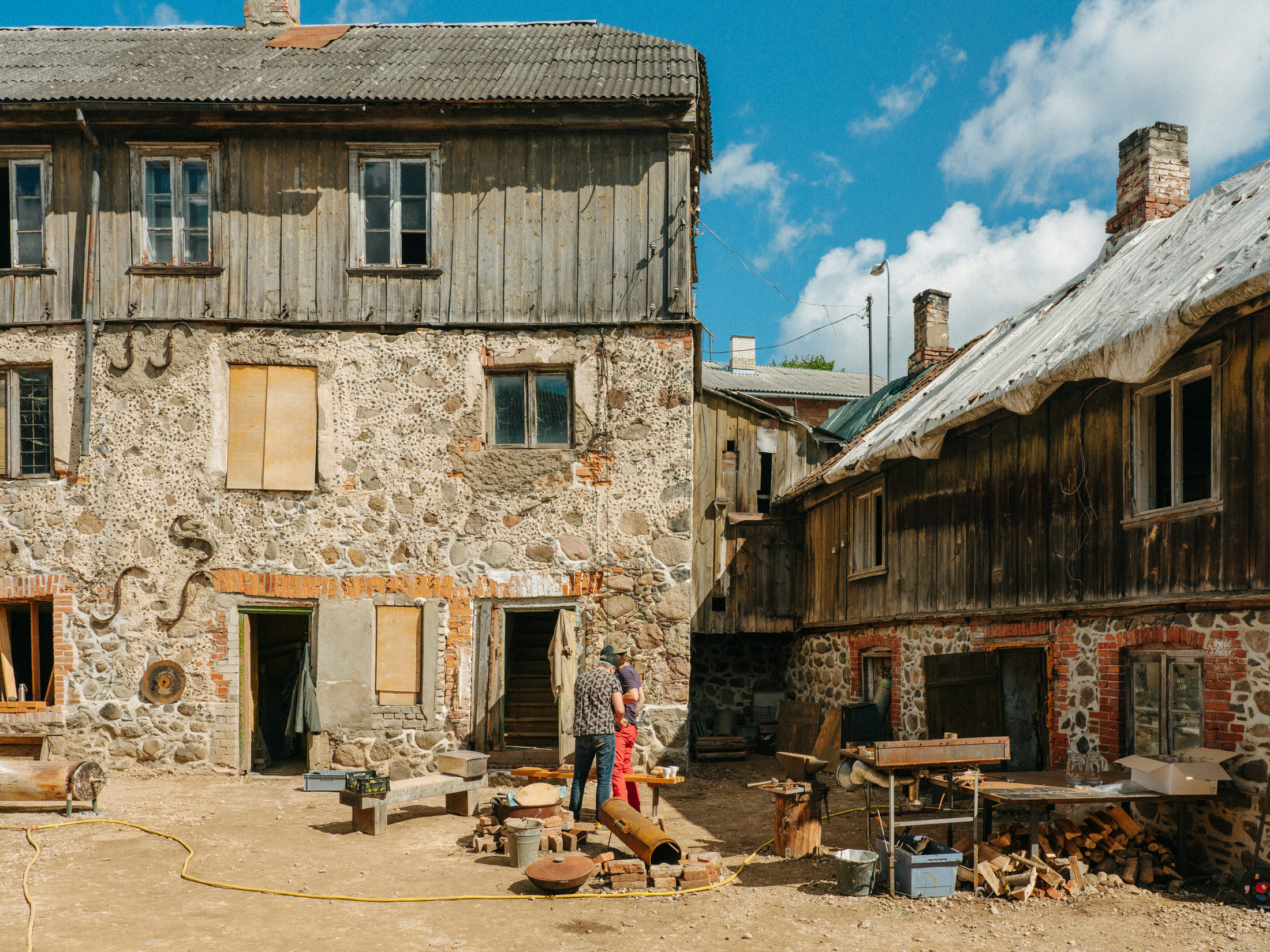 After being invited to participate in the local television show Restaurant Null, design studio Kuidas (with Kuidas meaning How? in Estonian) rises to the occasion of creating a restaurant within seven days. The challenge? The design was to be made from recyclables with zero budget while leaving a minimal impact on the environment. The result? A table for twelve sitting inside an abandoned shop with a lovely rustic feel that may have set a trend for future dining aesthetics and design principles.

is a slow-tech spatial design company that explores the impact on the human intersection with materials and the environment. The challenging requirement created by the television series led to various ideas of establishing the restaurant inside a 19th-century sausage shop situated within the old town of Viljandi, South Estonia. However, what began as a that could be fashioned out of lead to the team’s concern of creating the same amount of waste from recyclables post-production. Added the cost to recycle materials that would override the brief given in the televised program, the team proposed an alternative—a centrepiece. 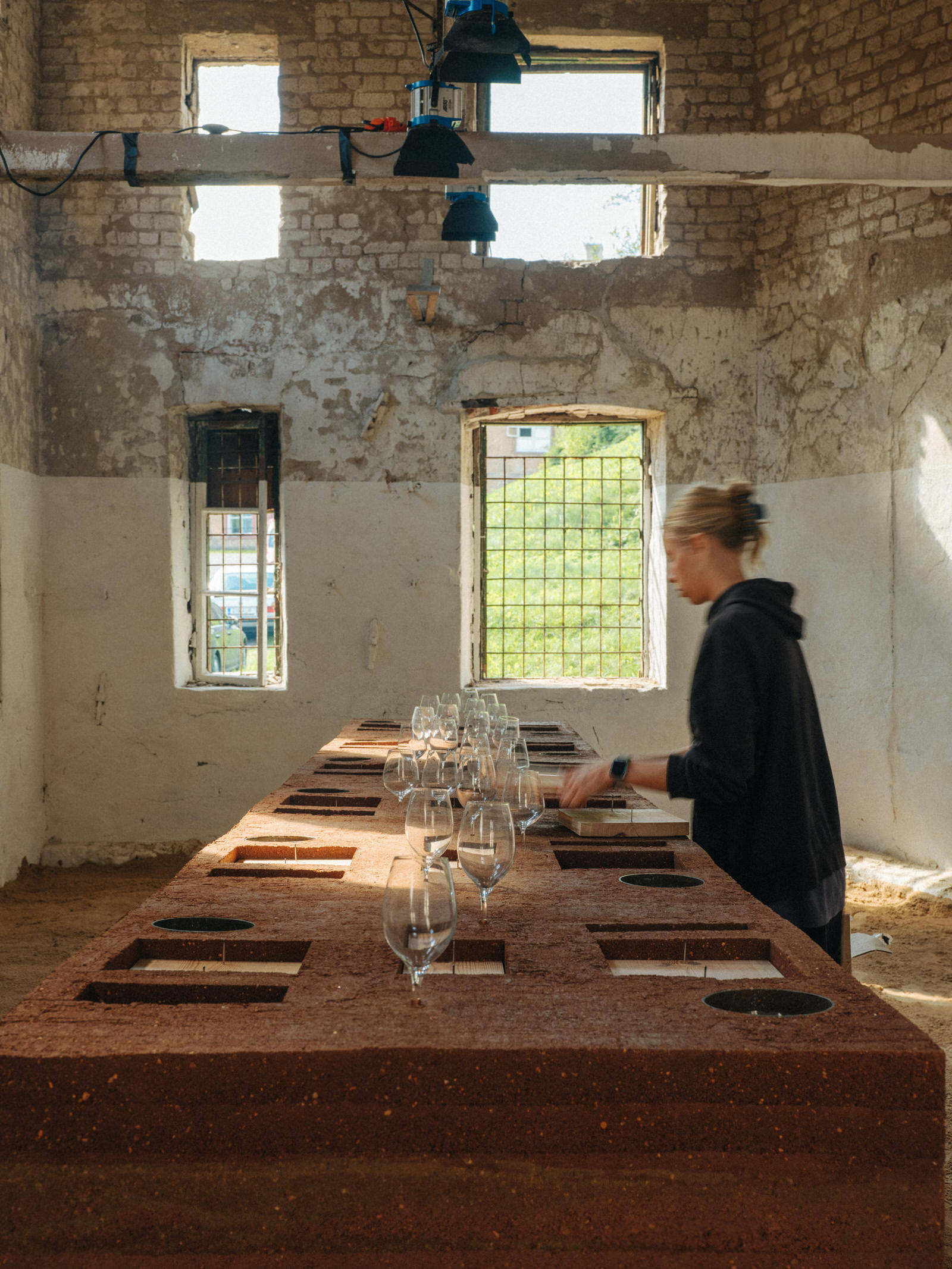 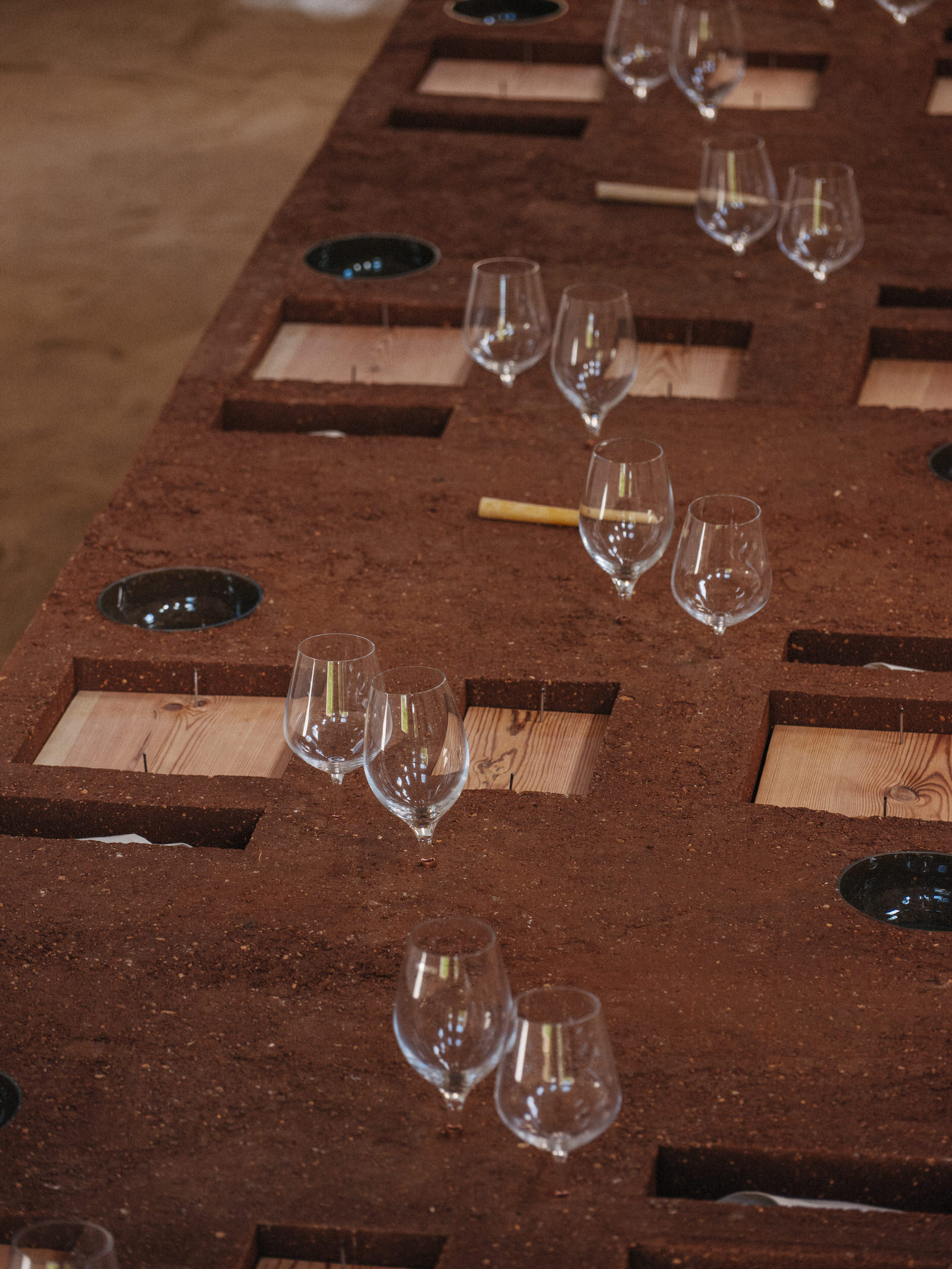 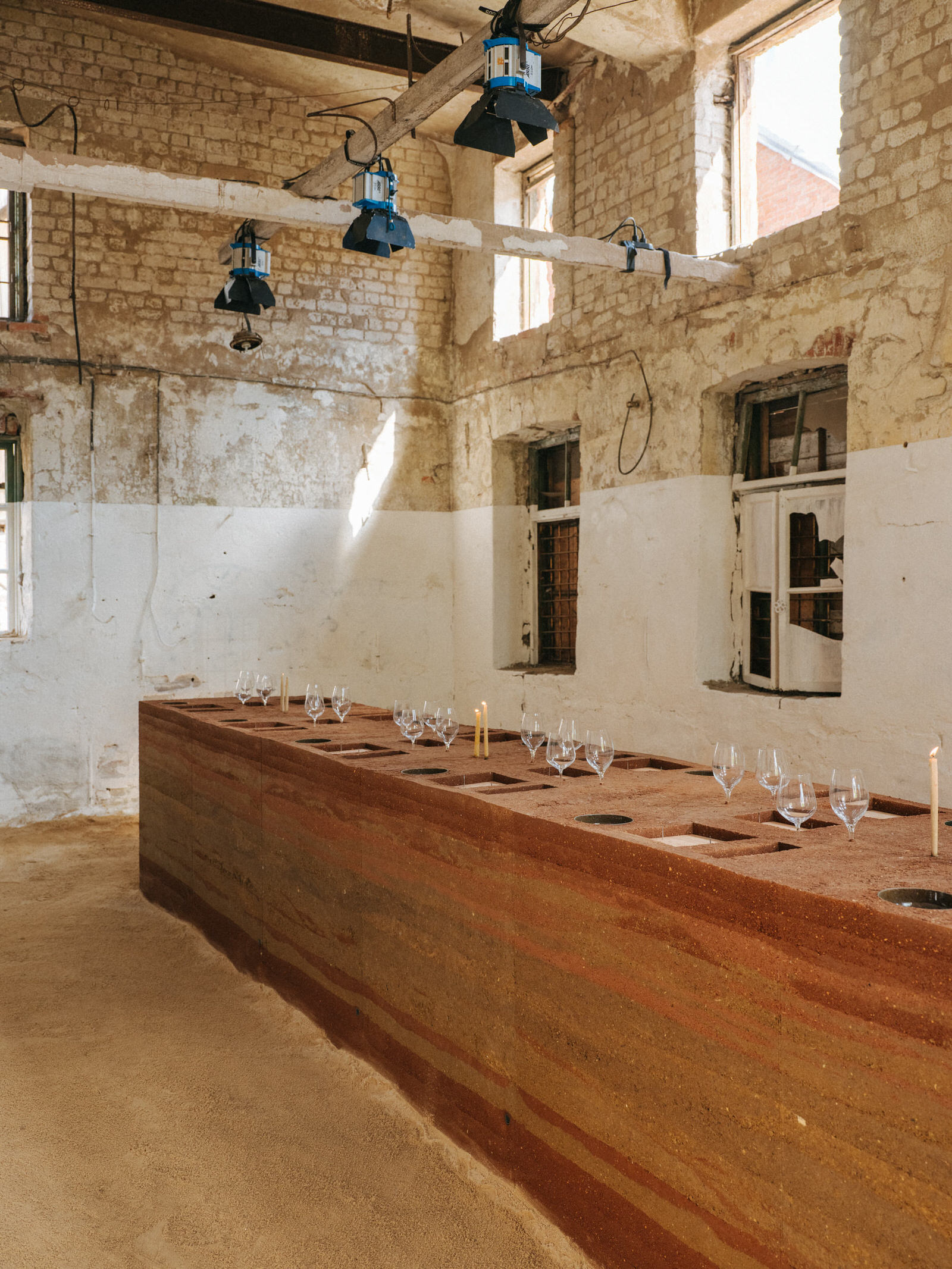 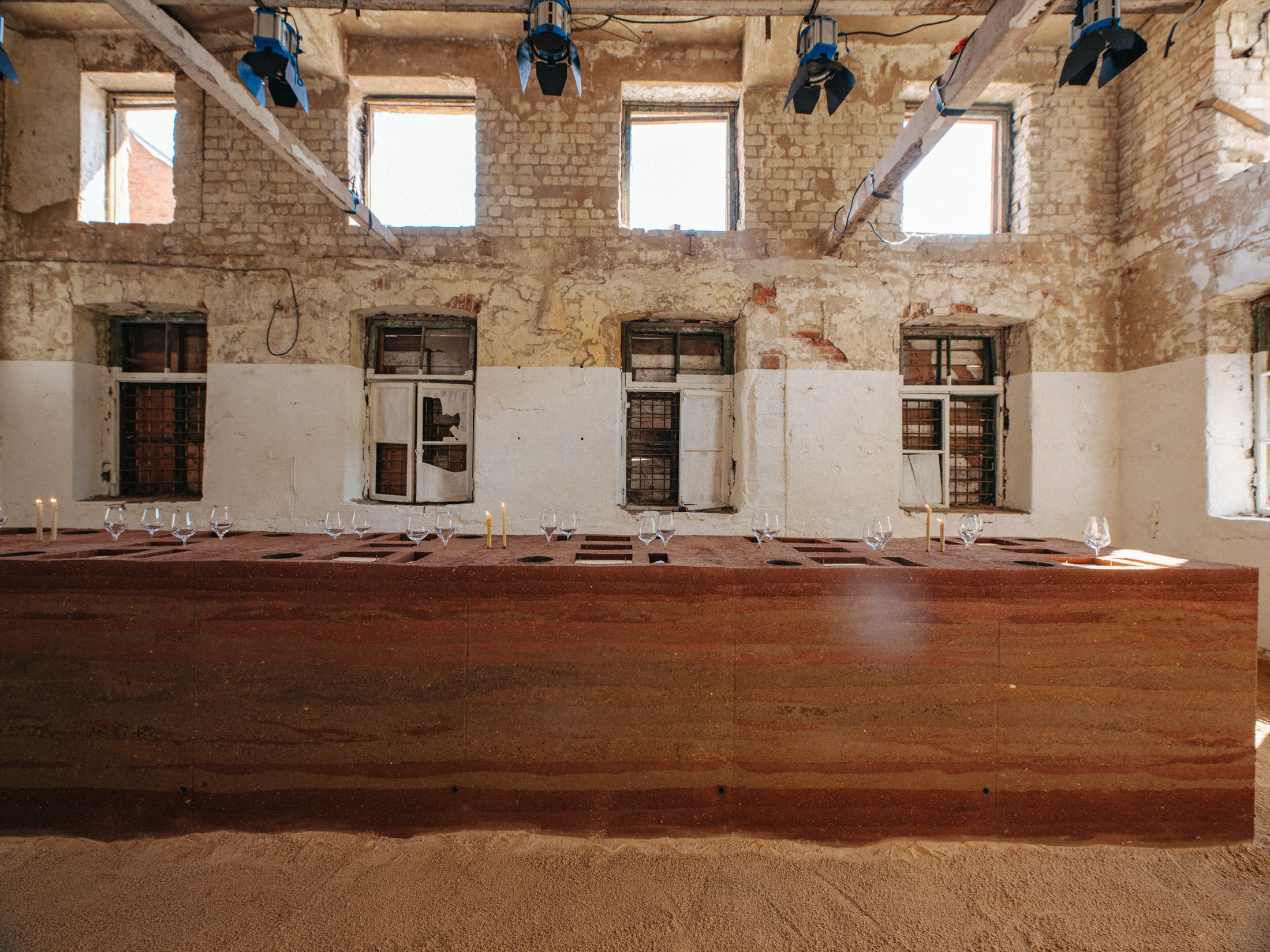 Returning to traditional techniques, was locally sourced and sun-dried before being sieved through a large frame made from an old spring mattress. The processed material would be carried bucket by bucket before being poured into a frame to be moulded into a counter height table. Layering and compacting results in a dining table weighing 15 tons and rippling with colours of yellow and ochre tones with a touch of red clay sourced from .

The table, standing in the middle of the floor now levelled with sand, is glowing warmly with the walls of the shop repainted in white to remove traces of graffiti. In addition to the swirling colours found in rammed earth, Kuidas indented a template that would allow tableware to fit snugly for each dinner guest. 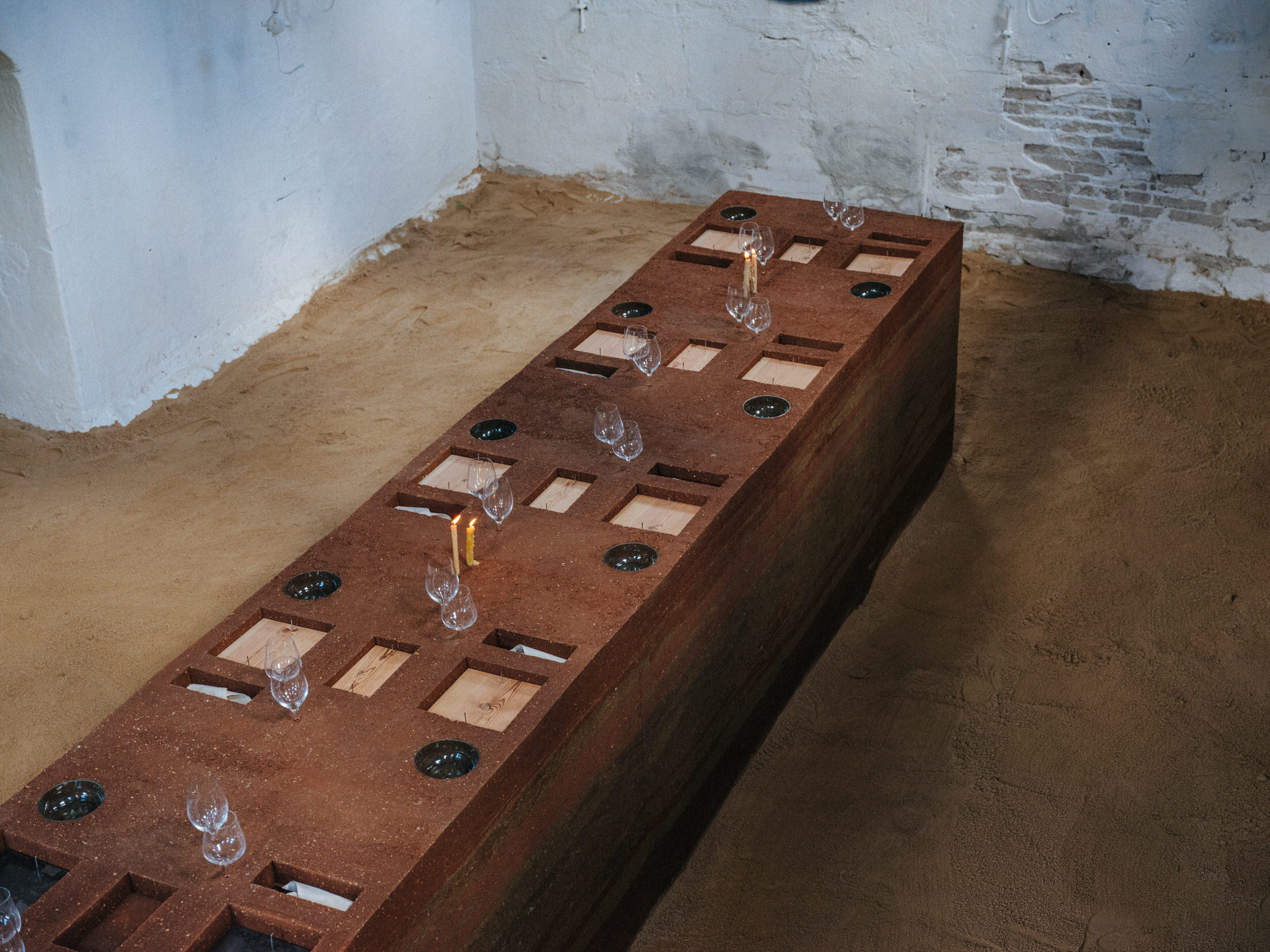 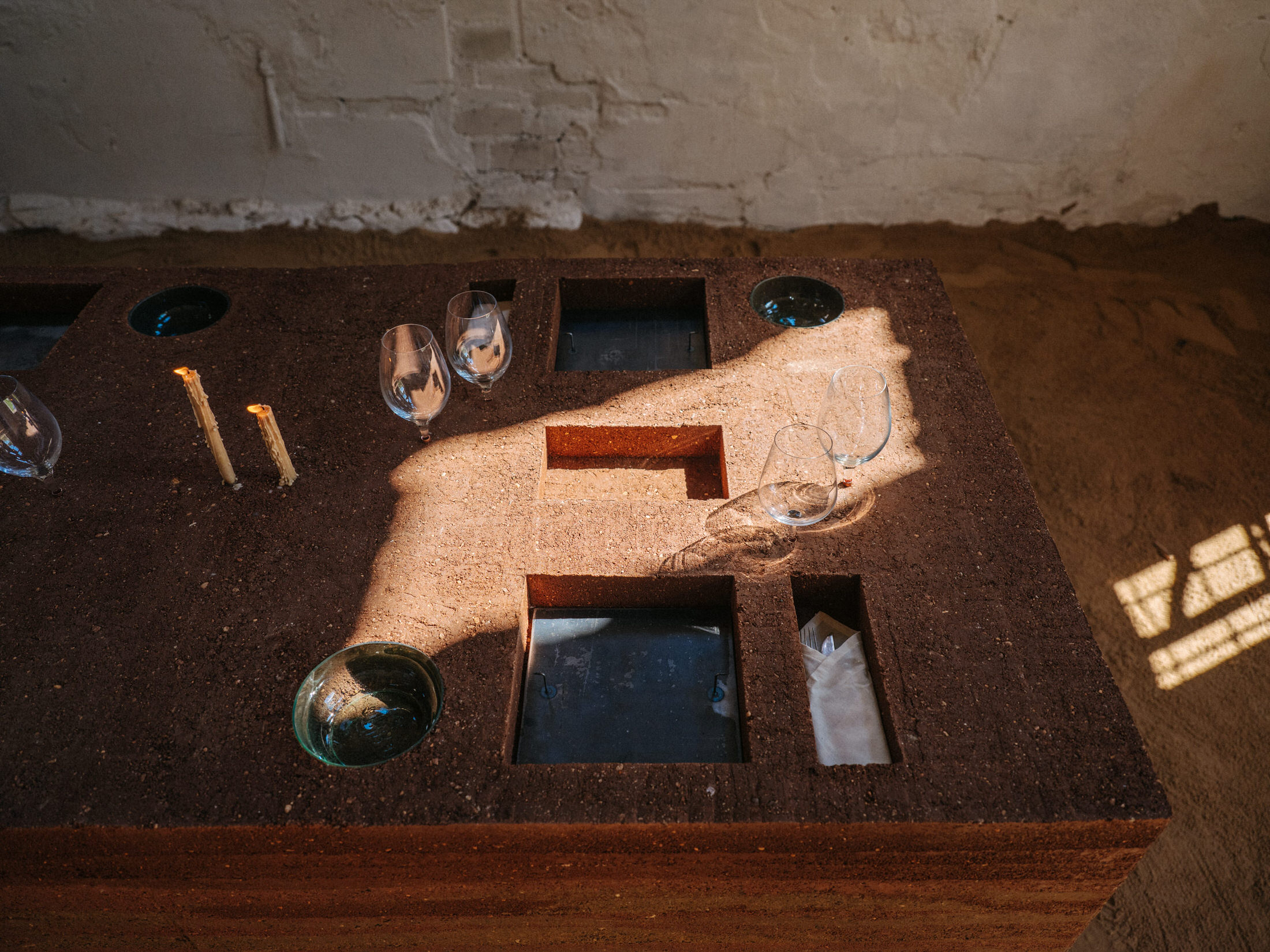 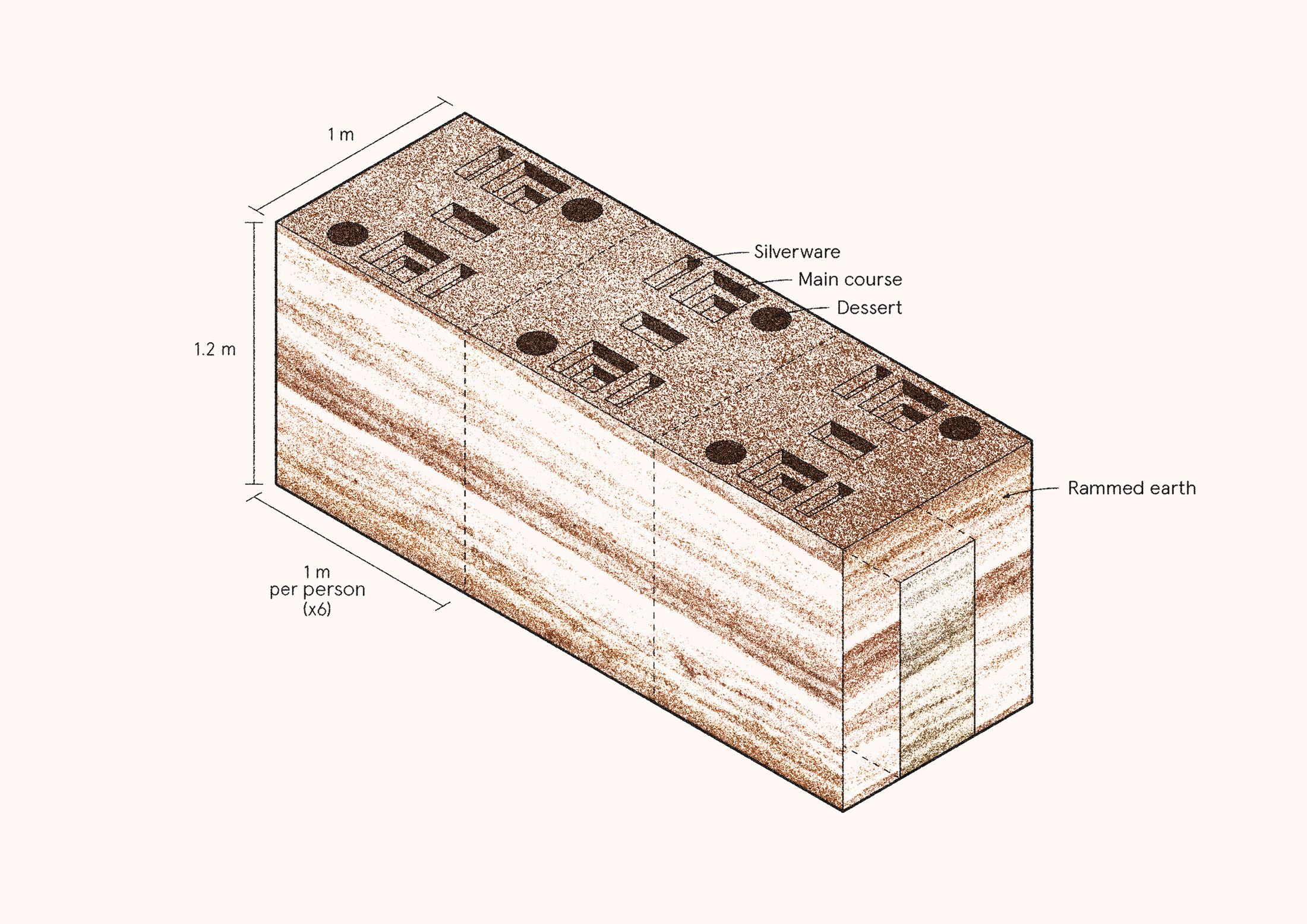 With a metre each, guests are granted a setting that would hold a square plate made of existing floorboards found on site; a soup bowl fashioned out of a 3-litre glass and a slim rectangle on the right that would hold the cutlery. The simple gesture transforms the dining experience into a museum-like piece, allowing the guests to focus on the food and conversations woven across the table.

The process indeed minimised the amount of waste generated from the process of Restaurant 0. Aside from the cutlery and tableware used during the restaurant, the rammed earth has the least impact in the completion of the four-course meal. Made solely of earth, it would slowly disintegrate gracefully overtime, if it could not be reused into something else. The lifecycle of the table itself becoming part of the abandoned factory of bricks and half opened timber windows is equally as poetic and respectful to the brief.