11 best thrillers on HBO Max to frazzle your nerves 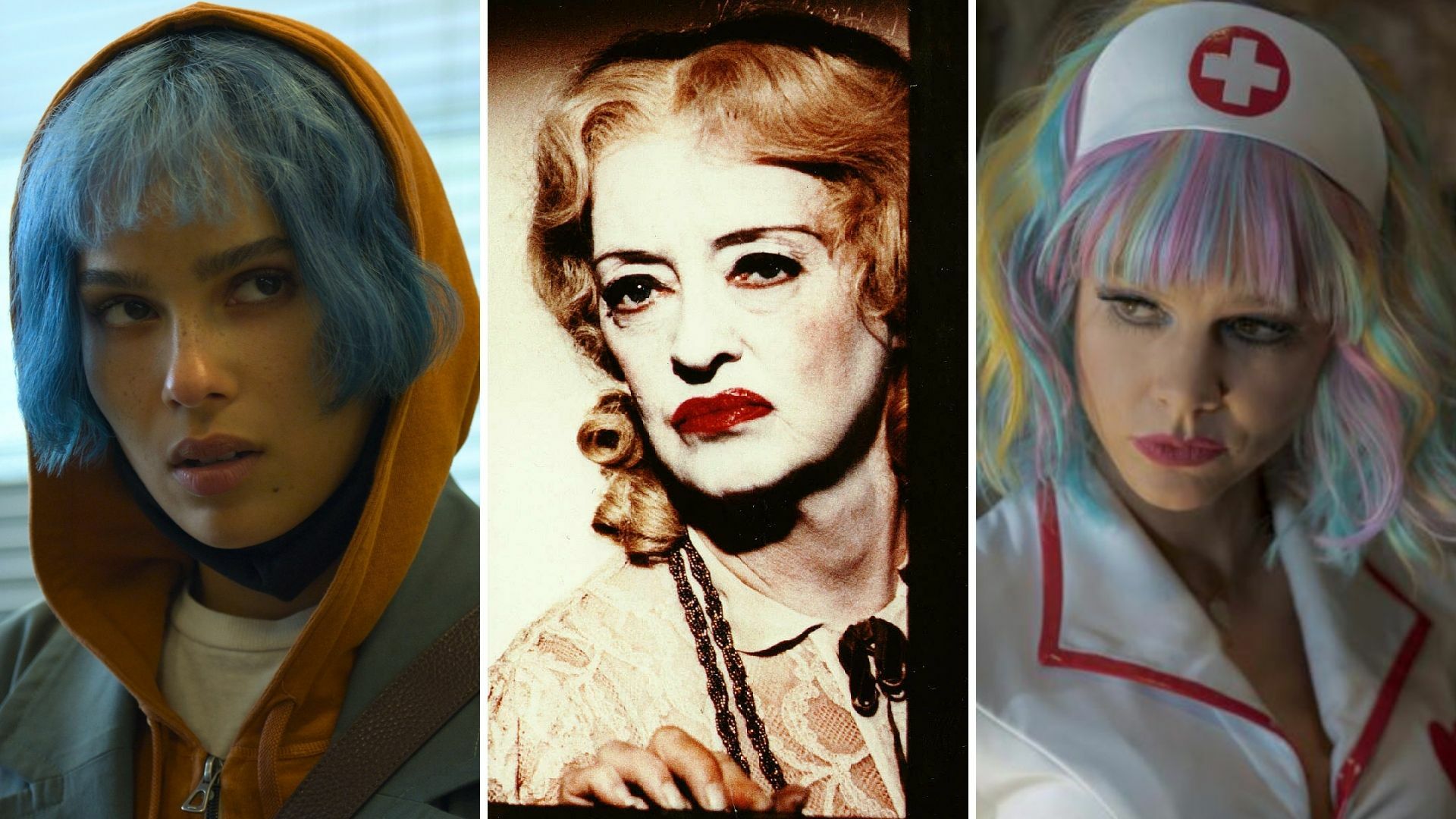 There are times you just need a chill down your spine to shake off the doldrums and know you’re alive.

When this craving hits, nothing satisfies quite like a great thriller. Such suspense-rich movies give us a first-class ticket to journeys wild, winding, and exciting. They invite us to live vicariously through charismatic crooks, on-the-run assassins, vengeance-seeking vigilantes, and twisted souls who thirst for destruction.

If you’re in search of cinema that will rattle your nerves and leave you breathless, we’ve got just the thing. Whether you want something new or classic, fun or frightening, mind-bending or heartwarming, there’s a perfect pick just for you.

Here are the 11 best thrillers on HBO Max now available.

“M” is the mark of a murderer in this unnerving Fritz Lang classic, which boasts layers of sinister thrills. Released in 1931, this German gem explored the terrors of “stranger danger” way ahead of its time by tracking the crimes of a sneaky child killer. Rather than show kids slaughtered onscreen, Lang employed German Expressionism to imply carnage, thus turning an abandoned balloon into a horrific image. Suspense is wrought not only from the threat that this merciless murderer will strike again, but also from a raging mob’s mounting quest for vigilante justice. With wide eyes and an unsettling screen presence, Peter Lorre made his mark with this role of a revolting fiend. 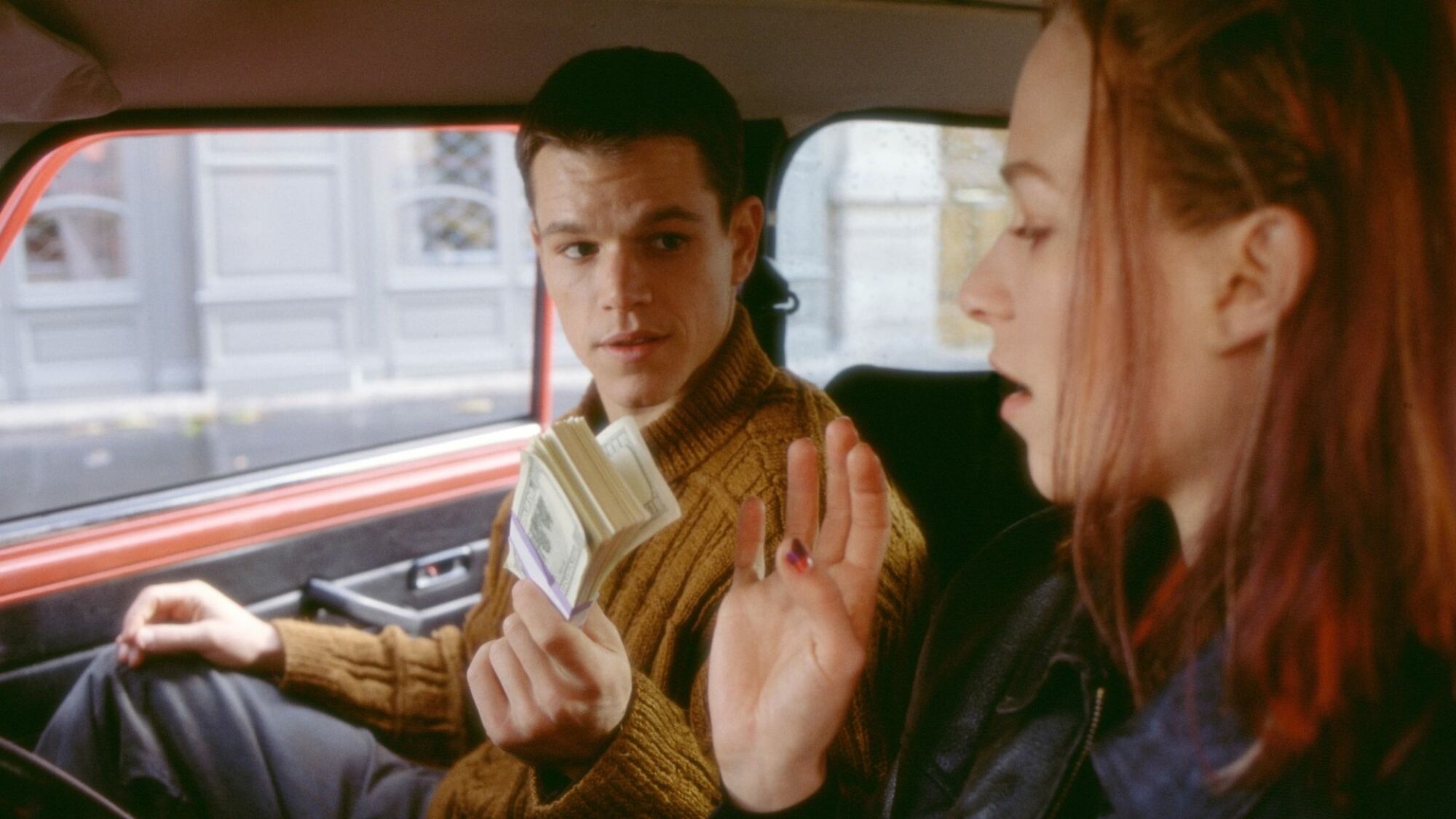 Breaking from the James Bond mold, this American-in-chaos thriller stars Matt Damon as an assassin with amnesia. With no memory of who he is but the muscle memory of an action hero, Jason Bourne must dodge bullets and enemies to rediscover himself. Along the way, he depends on a spunky stranger (Franka Potente), sparking a steamy romance that leads to one of the hottest haircuts ever captured on film. (Matt Damon — hot bod barber!) Director Doug Liman brings a unique brand of action to this nail-biter, unfurling fight scenes fast and furious, while his by-the-skin-of-their-teeth escape scenes will give you goosebumps. Robert Ludlum’s Bourne novels inspired a string of exciting Bourne films. But this one remains the best, most thrilling of the bunch. 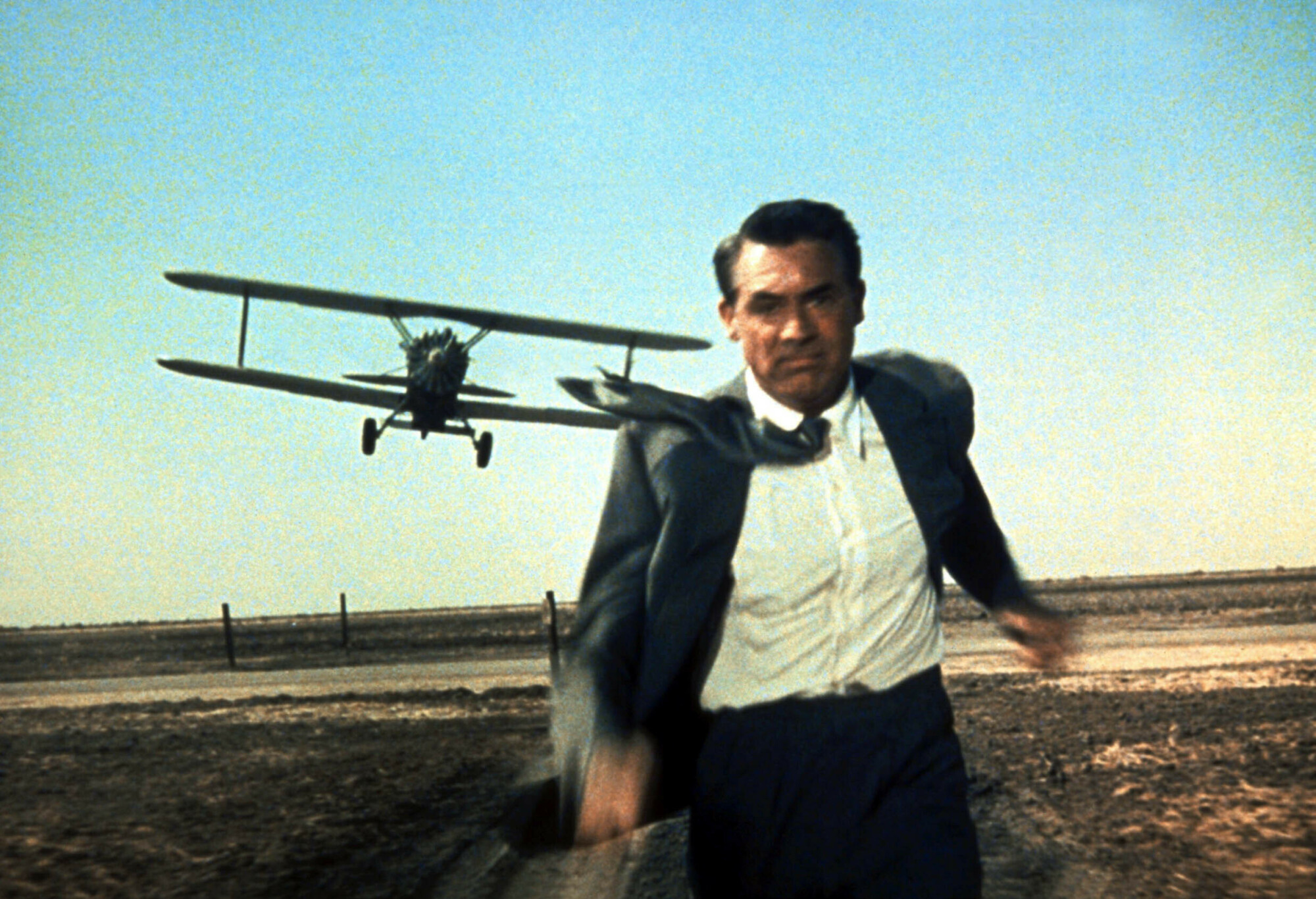 Among Alfred Hitchcock’s most successful and iconic films, this 1959 thriller stars Cary Grant as a Madison Ave ad exec (yep, he’s one of those ), whose life is derailed when he’s mistaken for a secret agent. You might recognize the scene where the dapper Grant is chased down in a field by a crop duster. But there’s much, much more to this chilling mistaken identity story, including a spine-tingling climax at a national landmark. The plot’s treacherous turns earned screenwriter Ernest Lehman an Oscar nod for Best Original Screenplay. The swaggering charm of Grant and his enchanting co-star Eva Marie Saint helped make this film a big hit. All these decades later, it’s still a stunner. 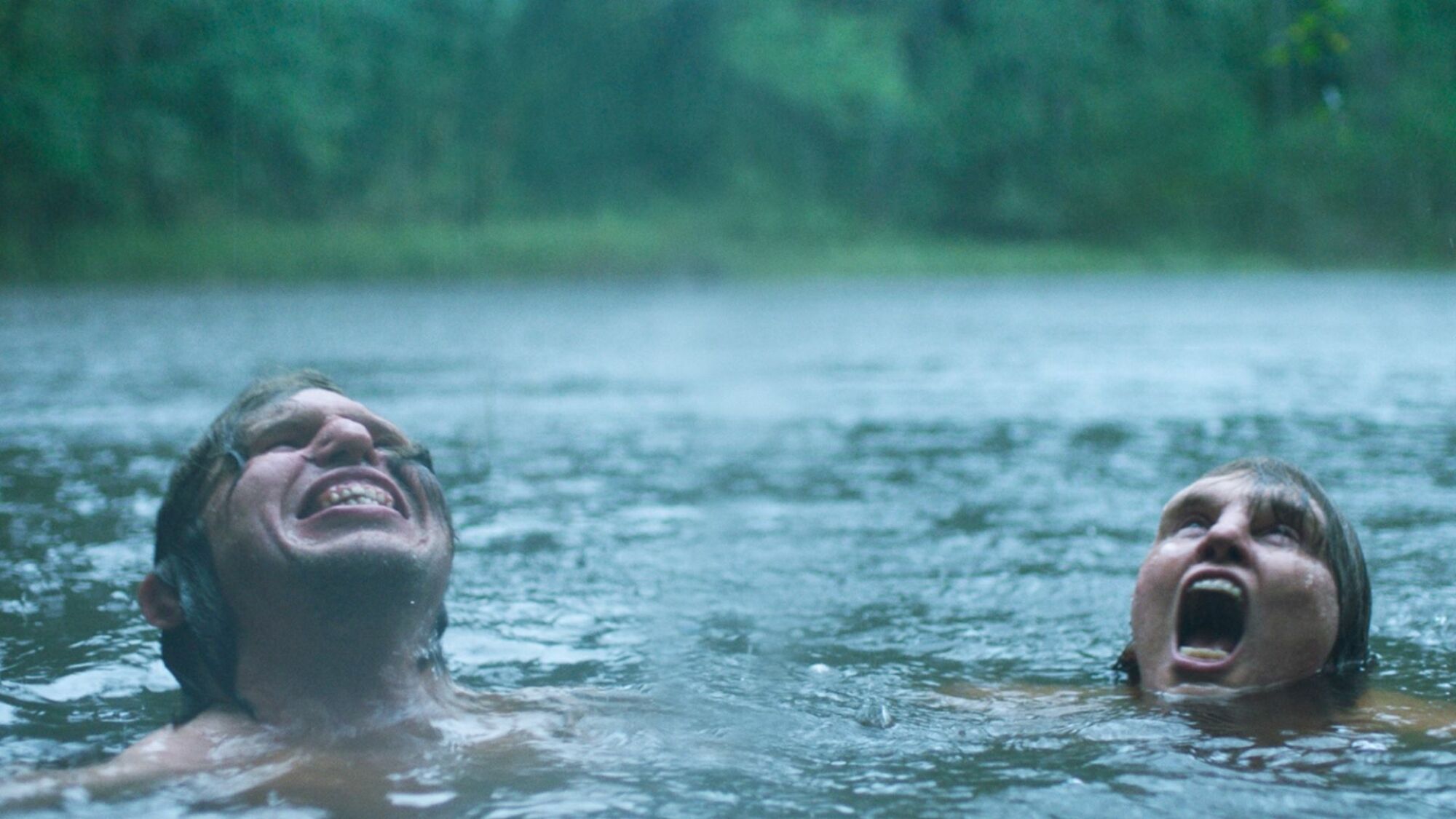 One of the most astounding films of 2018, this Swedish hit begins as a romance, but winds into a story laced with suspense and fantasy. Eva Melander stars as a homely customs officer with a unique ability to sniff out contraband material. Feeling like an outcast, she leads a lonely life — that is, until she meets a kindred spirit (Eero Milonoff), who urges her to take risks and thereby uncover the secret of her true identity. Folklore inspirations and a gleeful rejection of heteronormative romance collide in surprising and thrilling ways in director Ali Abbasi’s critically heralded offering. But be warned: Amid the love and beauty, Border grows an unnerving crime plotline that’s sure to make you squirm. Slow burn, bittersweet, and boldly buoyant, this movie will thrill and chill and maybe even make you swoon. 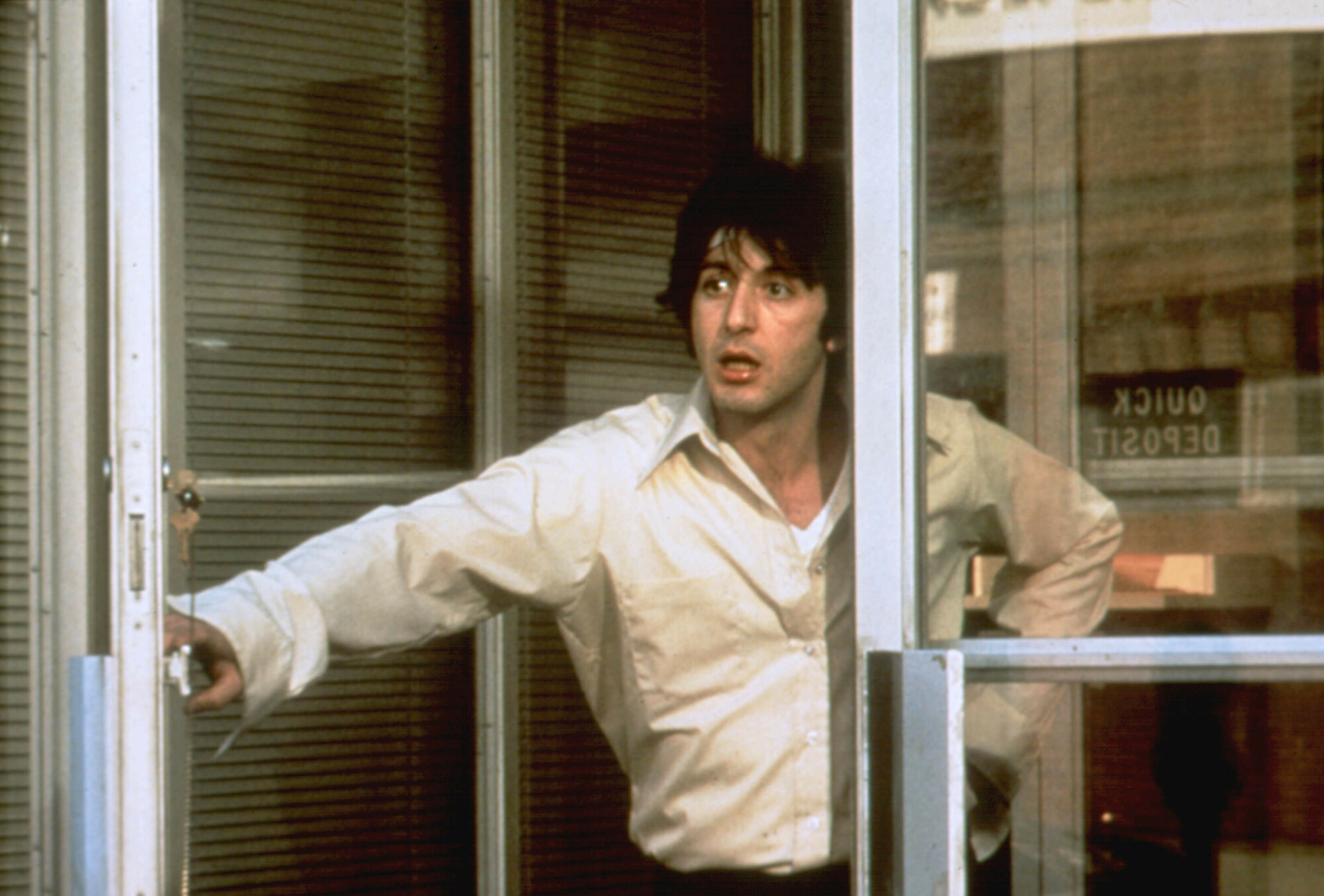 No bank robbery movie can compare to Sidney Lumet’s 1975 classic. Based on outrageous real events, Dog Day Afternoon stars Al Pacino as Sonny Wortzik, a neurotic thief who gets in way over his head when he takes a bunch of hostages in a Brooklyn stick-up. The Academy Award-winning screenplay by Frank Pierson ushers audiences into the vault, behind the police barricades, and into the cramped apartments of Sonny’s family, unfurling a complicated but compelling portrait of a contemporary American folk hero. Pacino’s frantic energy and chaotic charisma have us rooting for Sonny, whether he’s mocking the cops, playing to the gawking crowd, or bickering with his distraught mother. The tension is nail-biting. But what makes this film spectacular is the deeply engrained comedy that’s born from the quirky characters, who cuss, clamor, and crack wise like born-and-raised New Yorkers do. 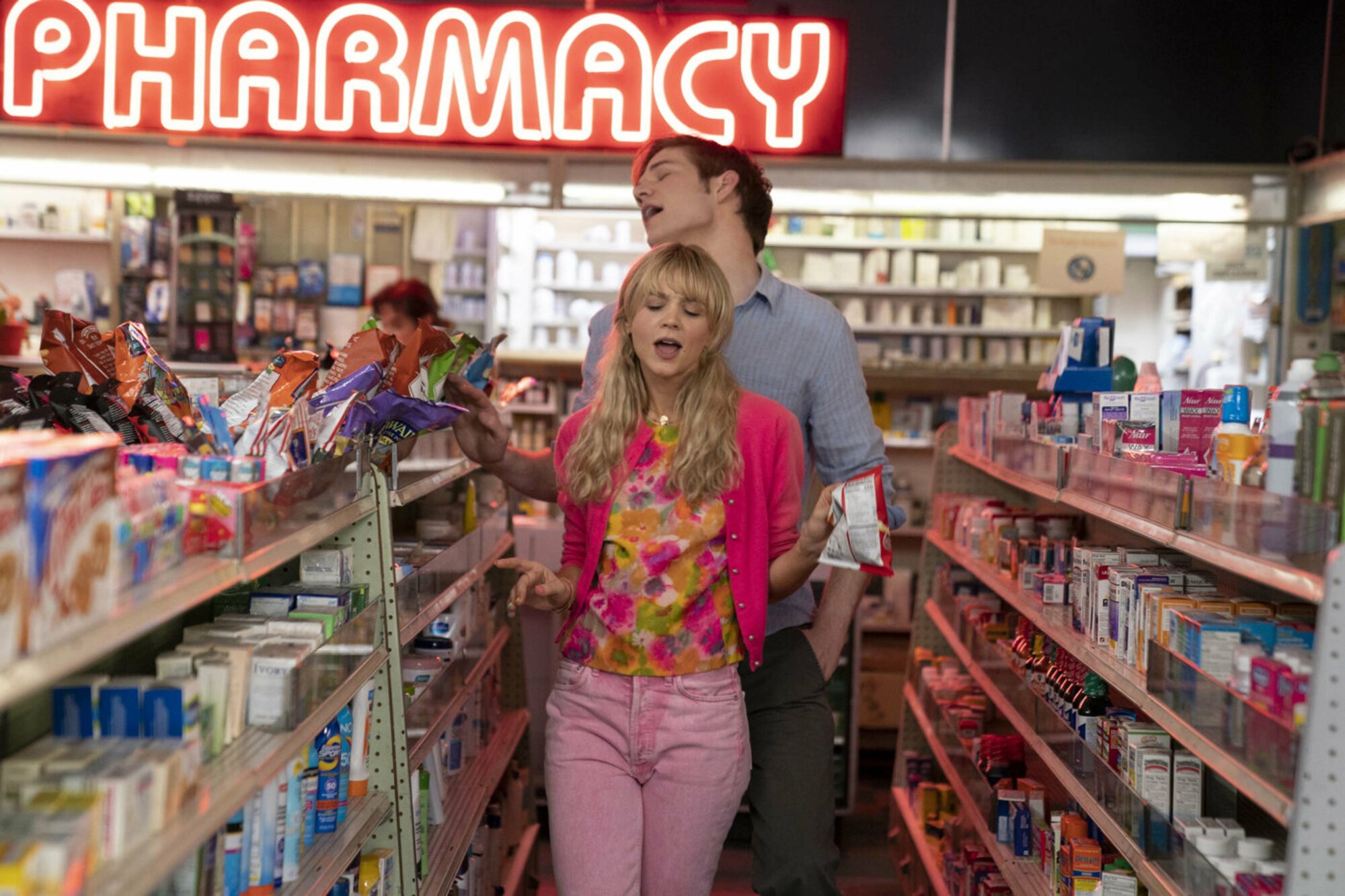 With this 2020 release, writer/director Emerald Fennell flips the script on vigilante-centered thrillers, giving audiences a freshly exhilarating and deeply unnerving tale of vengeance. Academy Award-nominee Carey Mulligan stars as the titular anti-heroine, who stalks bars and nightclubs in search of self-proclaimed “nice guys” who are up to no good. Far from a straightforward narrative of eye-for-an-eye, Fennell’s Oscar-winning screenplay delves into a murky moral gray area, exploring complicity in rape culture with a series of harrowing turns. Candy-colored and spiced up with a badass soundtrack, this gives a difficult subject a glossy coating that’s meant to entrance, then crumble and crush you. 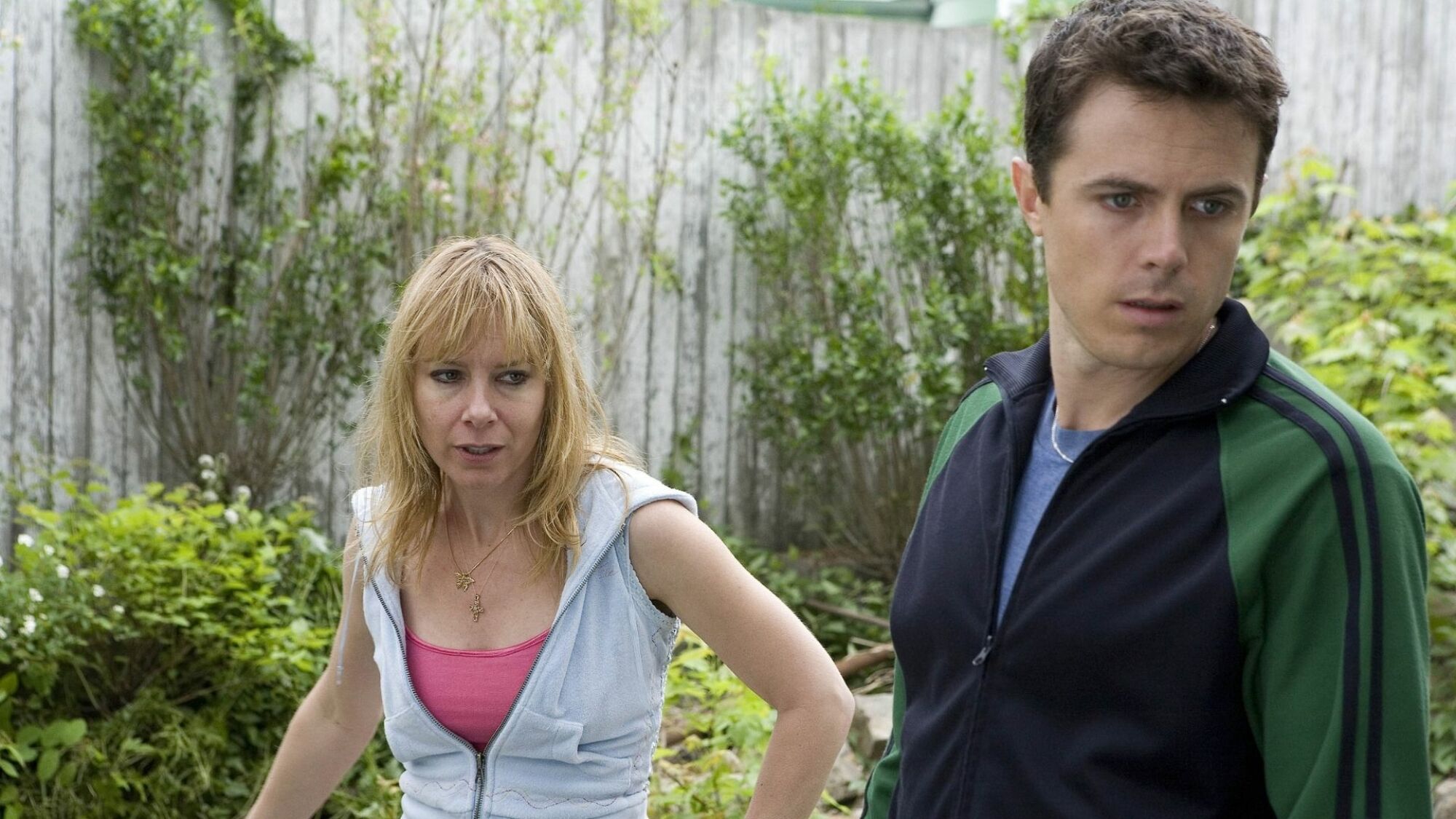 Arguably the best movie Ben Affleck has yet directed, this stirring adaptation of Dennis Lehane’s disturbing detective novel will shake you to your core. Set in a rough, blue-collar part of Boston, Gone Baby Gone stars Casey Affleck and Michelle Monaghan as a couple of private investigators hired to find a little girl who was snatched from her mother’s squalid apartment. Working alongside the local PD, these hometown heroes shake down drug dealers, smirking locals, and other shady characters, uncovering stomach-churning revelations. The star-studded ensemble boasts Morgan Freeman, Titus Welliver, Michael Kenneth Williams, Ed Harris, and Amy Ryan, who earned an Oscar nomination for a mother with a sailor’s mouth and a heart of cigarette ash. However, while this film is filled with tension and turns, its wildest move is a final scene that’s deceptively simple and absolutely haunting.

8. What Ever Happened to Baby Jane? 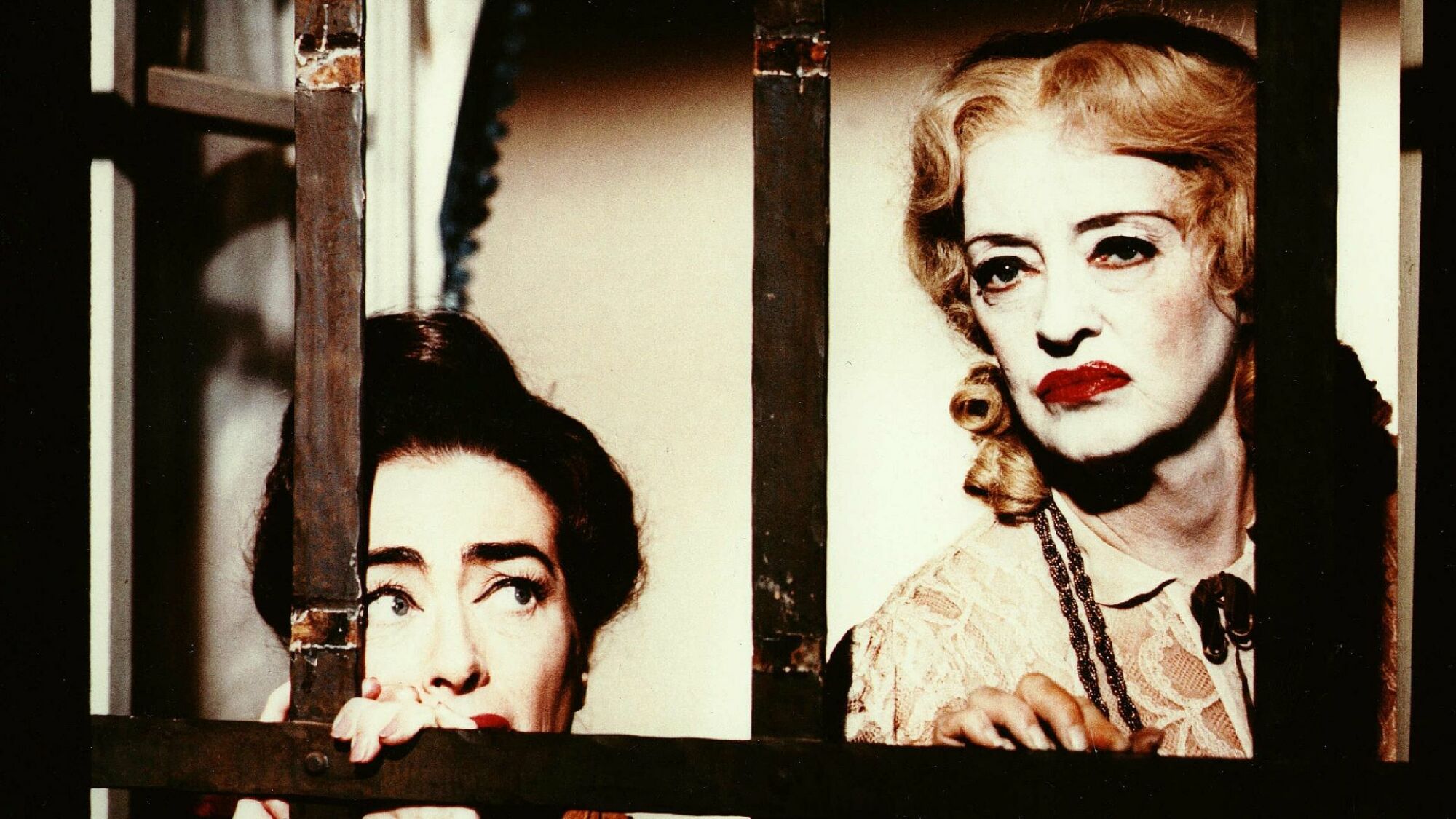 Want something uniquely twisted? Then you’ll relish this dark gem from director Robert Aldrich. In 1962, Hollywood leading ladies Bette Davis and Joan Crawford rejected the glamor of their youth and embraced sordid sisterly hatred in this psycho-biddy classic. This sinister subgenre weaves together elements of horror and thriller with tales of older women, who have often endured horrid trauma — which might lead to fresh terrors. In this case, Baby Jane Hudson (Davis) was long ago a treasured child star. But as her fame faded and wrinkles came, she became viciously embittered, especially toward her rising starlet sister, Blanche (Crawford). Decades later, the two has-beens rot alongside each other in a Hollywood mansion, where torment takes the form of crooked crooning, vile neglect, violence, and a homemade meal of rancid rat. Fiercely unnerving and alive with diva flare, What Ever Happened to Baby Jane? is a cult classic that demands your attention. 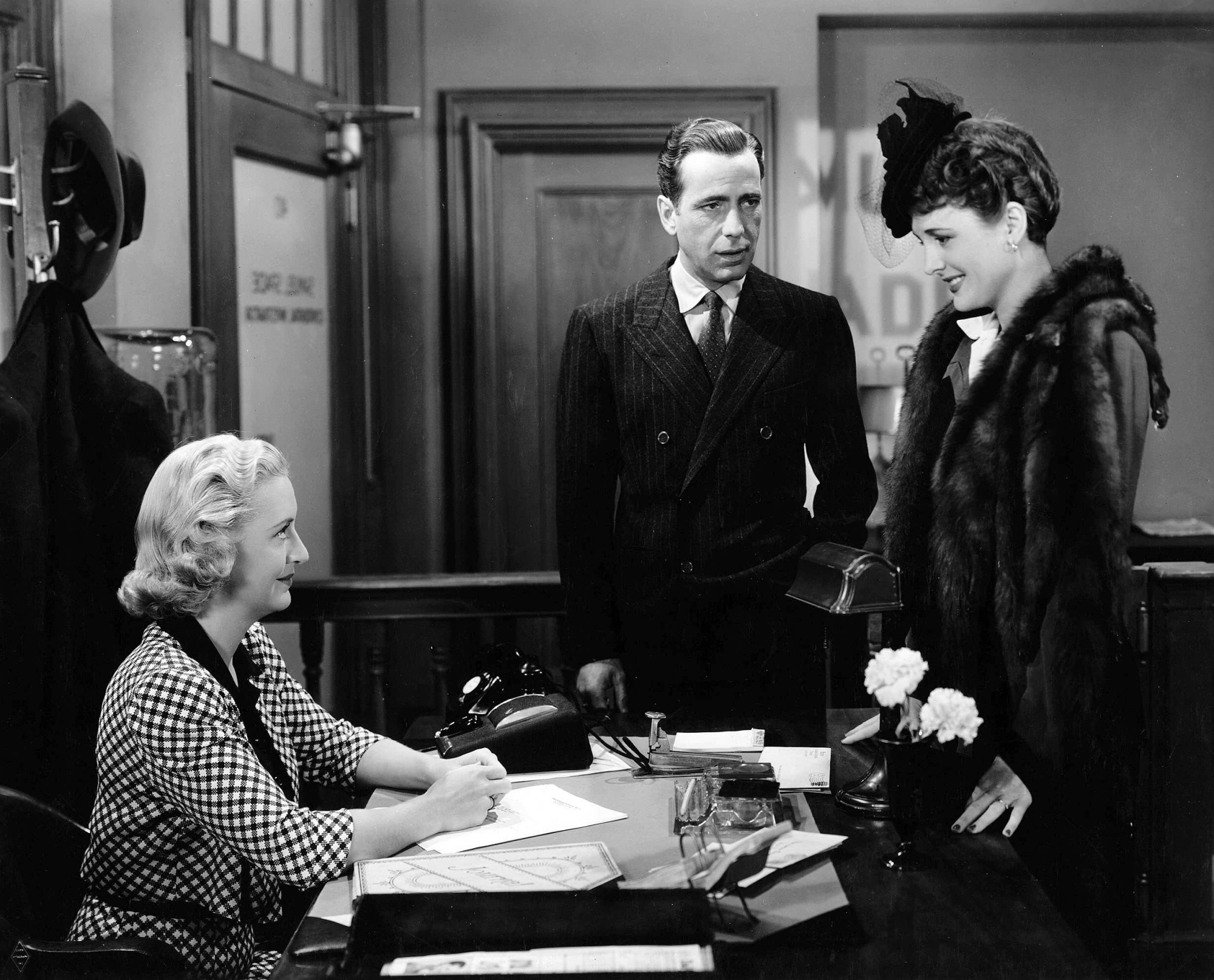 Like many a great film noir, this 1941 thriller begins with a hard-nosed detective (Humphrey Bogart) and a gorgeous dame in distress (Mary Astor). Based on Dashiell Hammett’s novel, The Maltese Falcon follows private investigator Sam Spade as he seeks not only to solve the mystery of who murdered his business partner, but also the whereabouts of the titular — and hotly sought — statuette. Along the way, he’ll meet suspicious characters, uncover horrid clues, and tango with a femme fatale as dazzling as she is deceitful. Crackling with biting banter, shocking reveals, and old-fashioned star power, John Huston’s directorial debut still hits harder than a shot of whiskey. 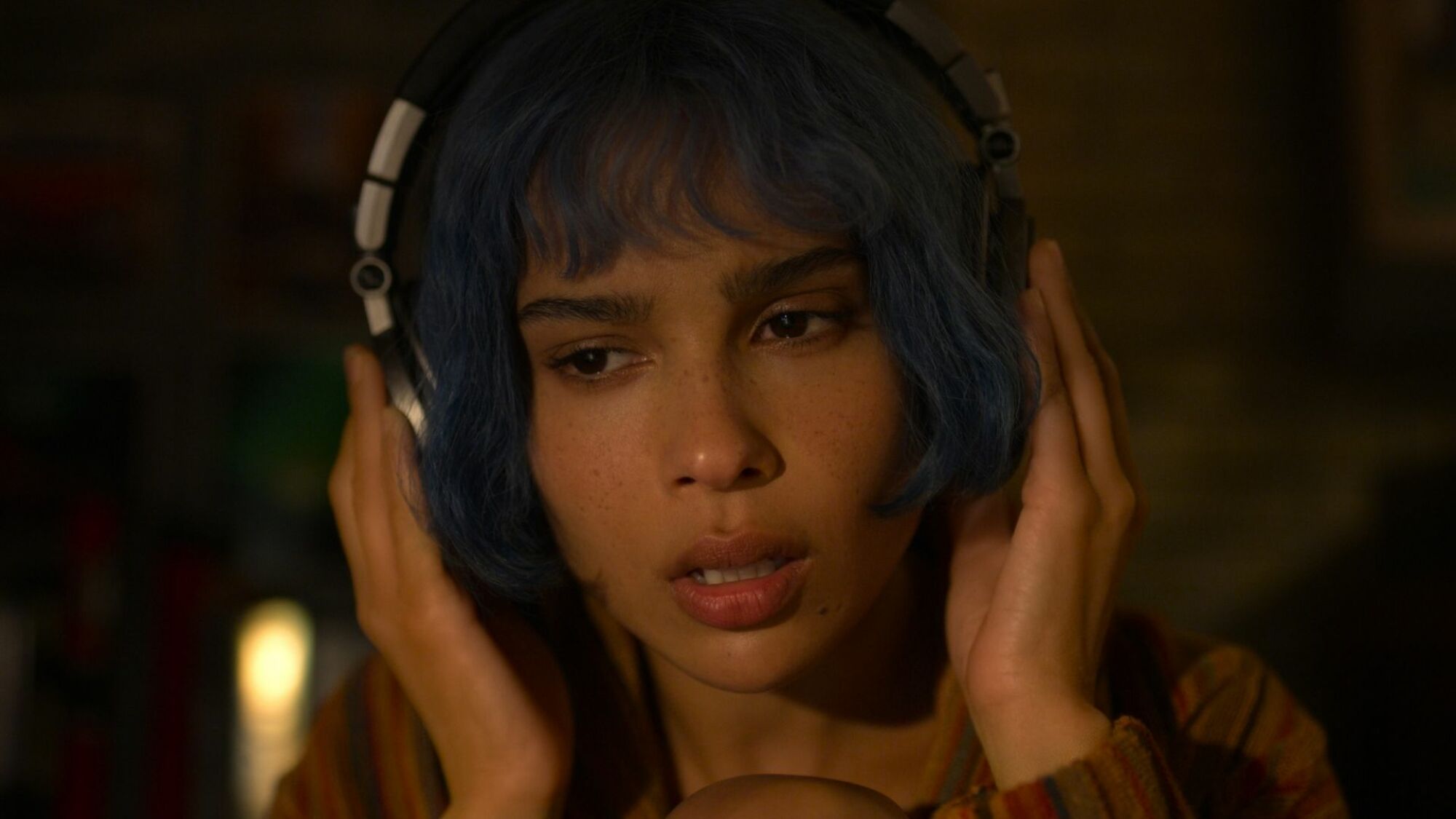 What would you do if you overheard a crime being committed? That’s the curious question that plays at the core of Steven Soderbergh’s 2022 thriller, written by Jurassic Park‘s David Koepp. Named for a virtual personal assistant that recorded audio of a seemingly deadly incident, stars Zoë Kravitz as Angela Childs, a tech worker whose sharp ear and big heart mean she can’t walk away once the screams play. In tracking down the truth, Angela will face off against corporate greed, mysterious stalkers, and her struggles with crippling agoraphobia. Laced with psychological suspense and a mesmerizing mystery, this thriller will have you on the edge of your seat…and maybe side-eying your Echo. 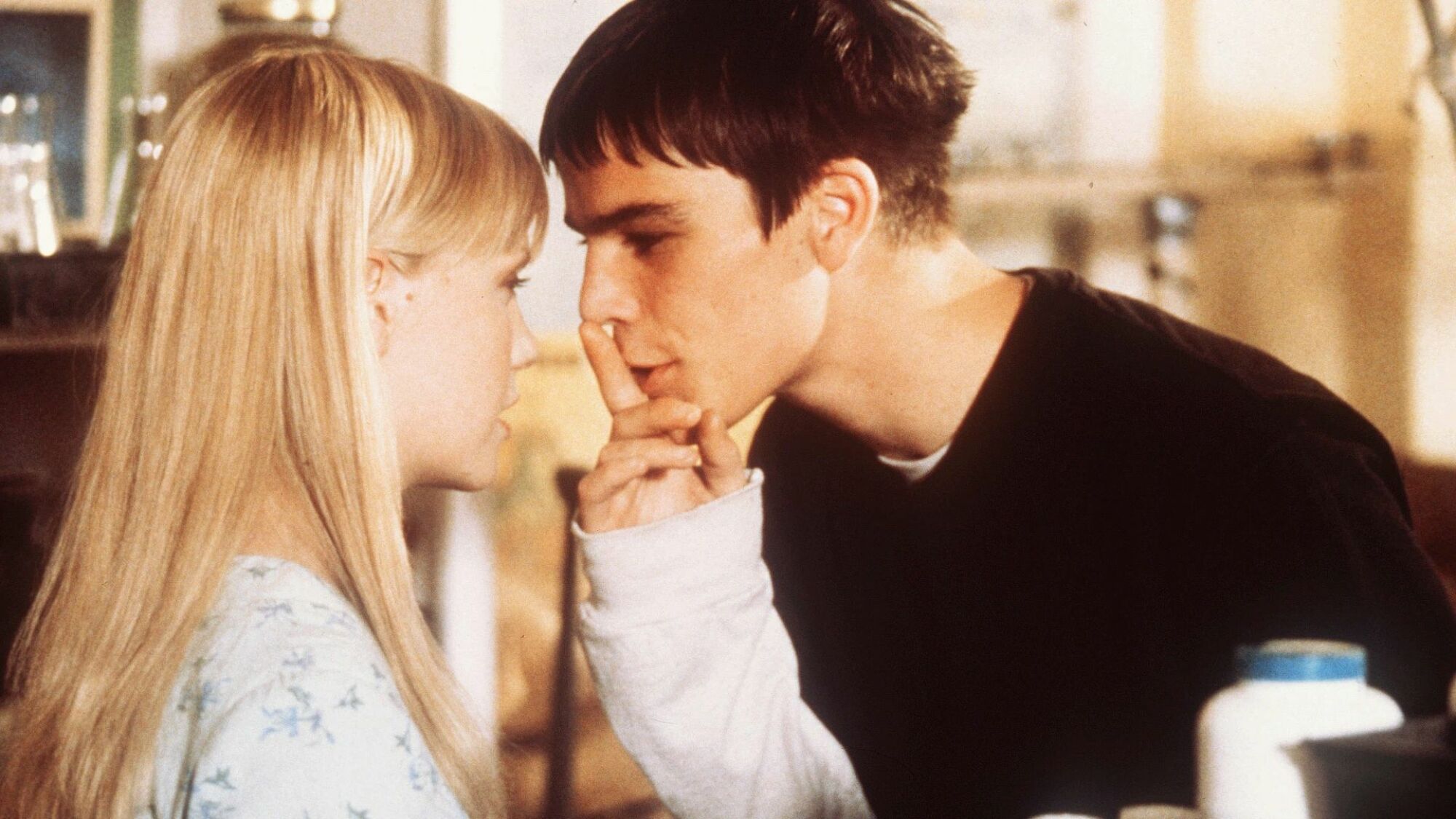 Shouldn’t every list of must-see movies should include one guilty pleasure? Written by Scream’s Kevin Williamson and directed by From Dusk Till Dawn‘s Robert Rodriguez, this slick 1998 studio offering leaned hard into the trend of star-stuffed teen horror. So, The Faculty brandished a cast of hotties like Jordana Brewster, Clea DuVall, Laura Harris, Josh Hartnett, Shawn Hatosy, Famke Janssen, Usher Raymond, and Elijah Wood. Most of them played teens beset by an alien invasion that turns your average angry football coach (Robert Patrick) into a beaming, super-hydrated cult leader. In this brazenly bonkers sci-fi thriller, there’s lust, suspicion, drug use, and a climax that involves way more nudity than any teen flick today would dare. Come for the ’90s nostalgia, stay for the preposterous premise, the celebrity spottings, and the gooey, gross big bad who comes crashing through the gymnasium to end high school cliques as we know them.