20 Terrible Kitchen Secrets That Should Have Stayed In The Kitchen

Have you ever watched Gordon Ramsay’s show where he tries to save a failing restaurant? Well, in most of the episodes, chef Ramsay always uncovers some stomach-turning secrets the restaurant kitchen had been hiding – rotting food, cross-contamination, unsanitary equipment. What a nightmare!

Today, we’ll be looking over kitchen secrets, but from common households (not restaurants), as shared by the members of the subreddit. You’ll be surely surprised with these 20 of the most unsettling and probably unethical secrets that shouldn’t have gone out of the kitchen.

Just in case you need some laughter after all this mess, you may check out some kitchen fails and .

Lipton onion soup mix (must be the powder, must be Lipton)

Throw everything in the crockpot for at least 6 hours on low.

Also works for pork shoulder (for that I like ginger ale). 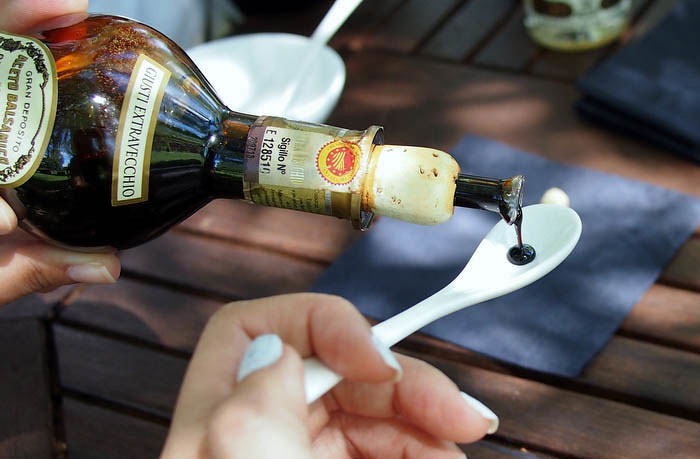 I worked at a restaurant where a kid made balsamic reduction out of the 3L of 25 year old balsamic. 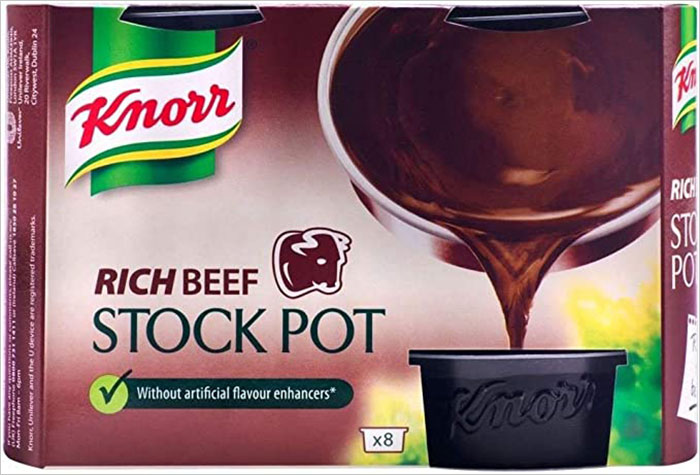 No one knows I use Knorr Beef Stock Pot in many of my sauces and stews.

Those pots are literally flavor bombs

#4 Not Washing Fruits And Vegetables While Cooking 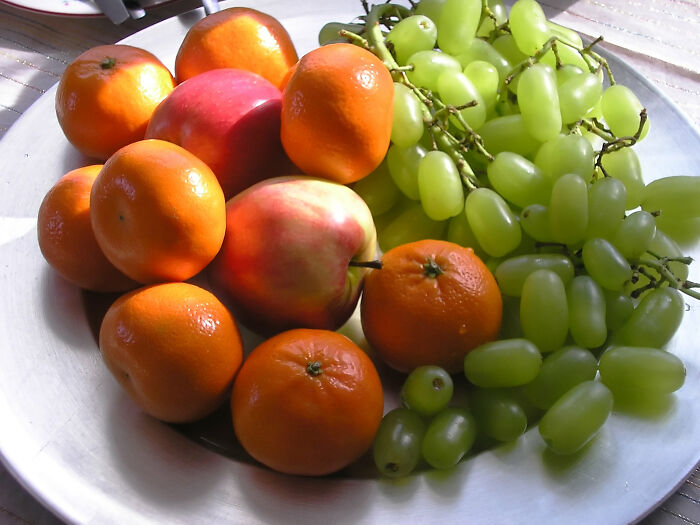 I only wash my vegetables/fruit if someone else is watching me cook (of if they’re visibly dirty obviously). I just can’t be arsed and I figured if pesticides/production contamination are what kills me, I was meant to eat fast and die young

#5 Wiping Out The Pan Without Washing It 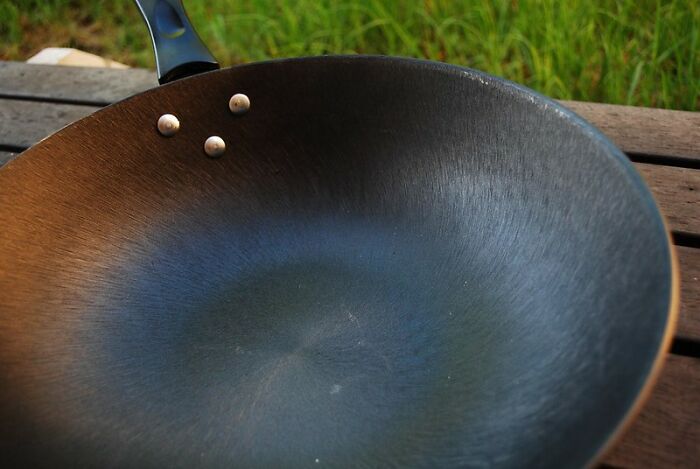 Sometimes I just wipe out my non-stick pan with paper towel and put it back in the cupboard rather than washing it.

#6 Differences In Cooking For Yourself And For Others 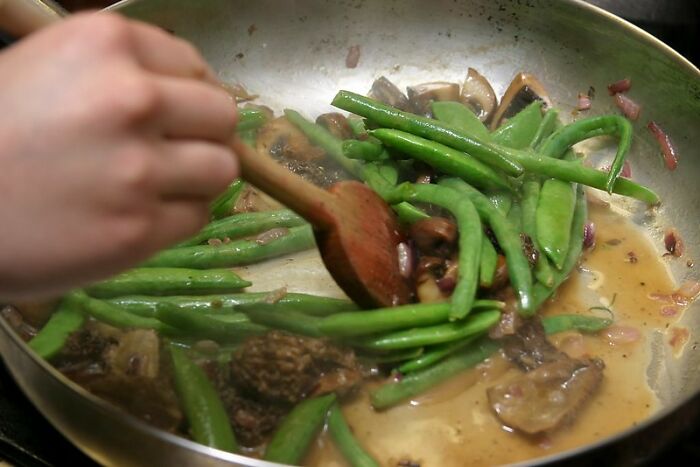 When I cook for other people, I’ll sterilize everything and buy most ingredients day of.

When I cook for myself, I’ll pick things up off of the floor and use any ingredient that passes the smell test. 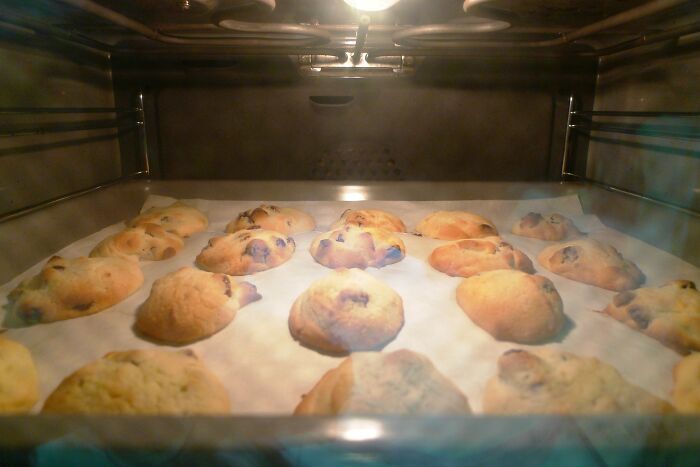 For the holidays I make cranberry sugar cookies for my grandma (her recipe), last year I completely forgot to mix the cranberry into the dough and she didn’t notice. She blamed her lack of taste for the holiday weather and I let her, she kept lamenting on how she knows I’m so good at cooking and yada yada. Oh well, try again to remember to mix it in this year!

Also throw out stuff from my parents pantry that’s old or that they’ll never eat (looking at you canned creamed spinach) but I move boxes and cans forward to it looks like their shelves are full so they won’t buy more stuff. 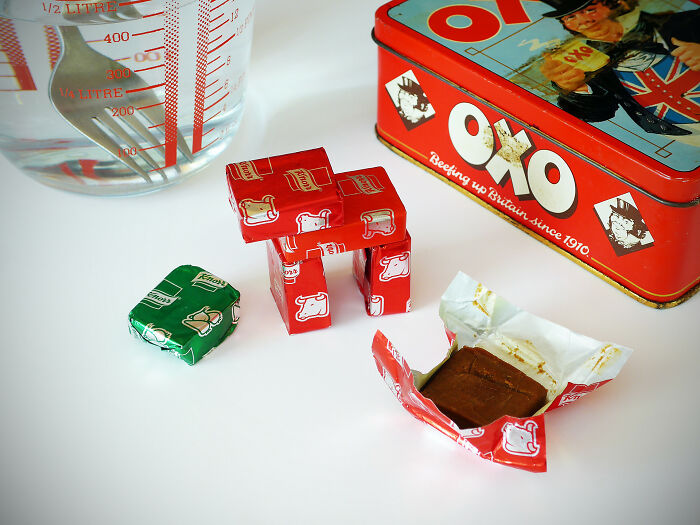 I use these bullion cubes that aren’t the super hard rocks, and before I drop them in l like to pinch off a corner and eat it. 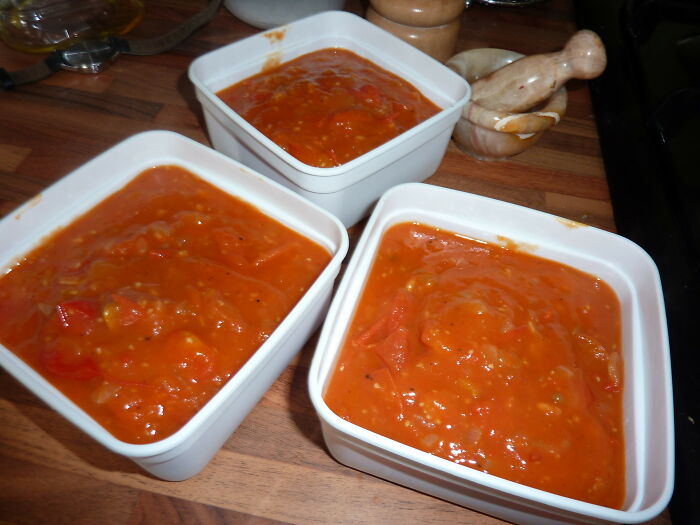 I make tomato sauce for shakshuka “from scratch“ by adding tomato purée to diced tomatoes from a can. The tomatoes where I live suck and the stuff from the can is at least consistent with regard to flavour / acidity profile. Everyone loves me for “homemade” shakshuka 😉 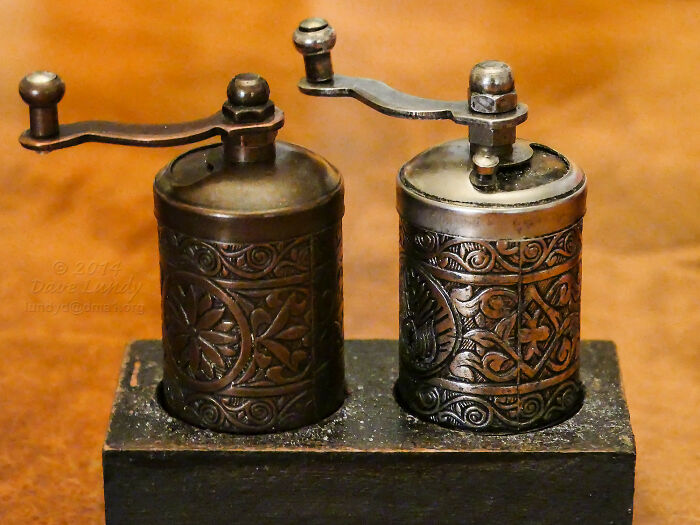 My sister always insists only one specific pepper blend is any good to her. I replaced the pepper in her grinder with grocery store pepper. It still tastes good to her. 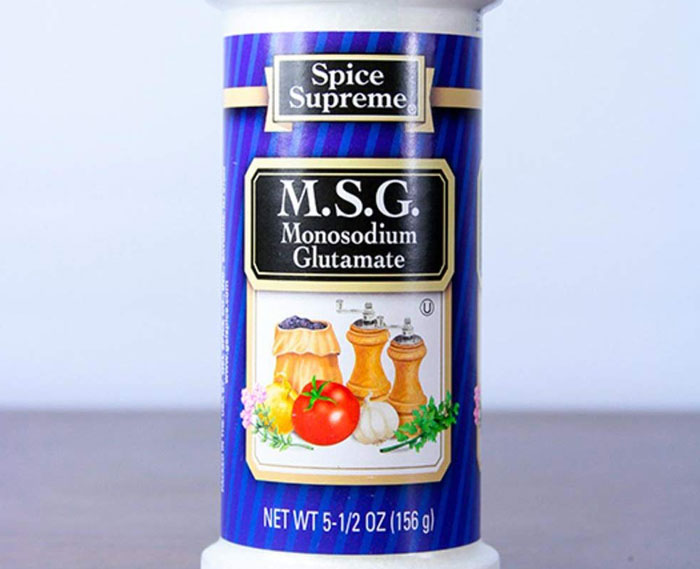 MSG seasoning on pretty much all things

#12 Using Mayonnaise In Spite Of Being Asked Not To 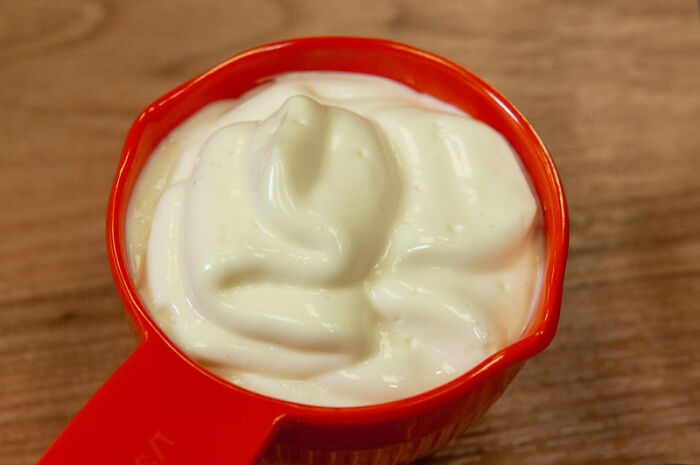 Had a friend ask me to bring deviled eggs to a party but use non-fat yogurt instead of mayo because they hate mayo.

I used mayo and didn’t tell them. They loved the deviled eggs.

#13 Making Tomato Soup With Milk Though Being Asked Not To 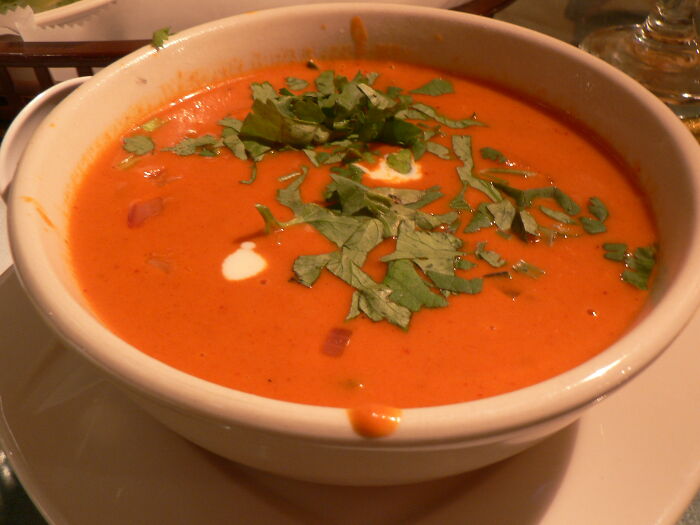 Wife’s grandma: Make the tomato soup with water, not milk!

Me: *Makes it with milk*

Wife’s Grandma: This is how I like it. I hate it with milk.

#14 Using Nutmeg For Cooking Though One’s Wife Hates It 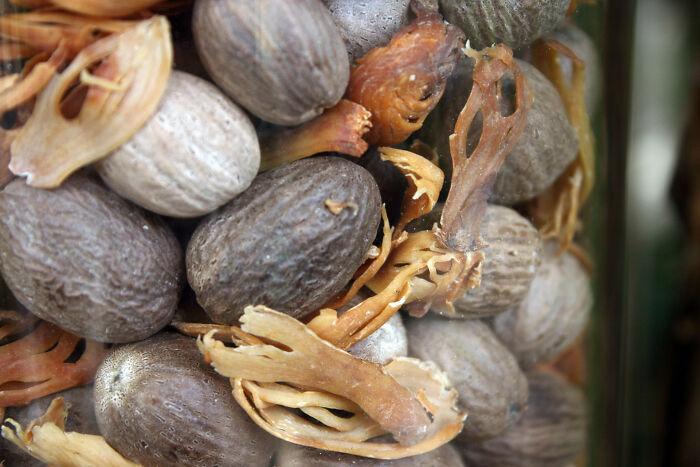 Nutmeg. My wife thinks she hates it. I put it in certain recipes to send them over the edge. She likes to cook, too, and hasn’t been able to replicate those particular recipes, which she loves . It doesn’t take much to enhance the nuttiness, or compliment the sweetness, or add a layer to the spiciness of certain dishes. For starters, try it in your quiche – nutmeg plays so well with gruyere and Swiss cheese!

#15 Drinking Half The Batch Of Caramel Sauce 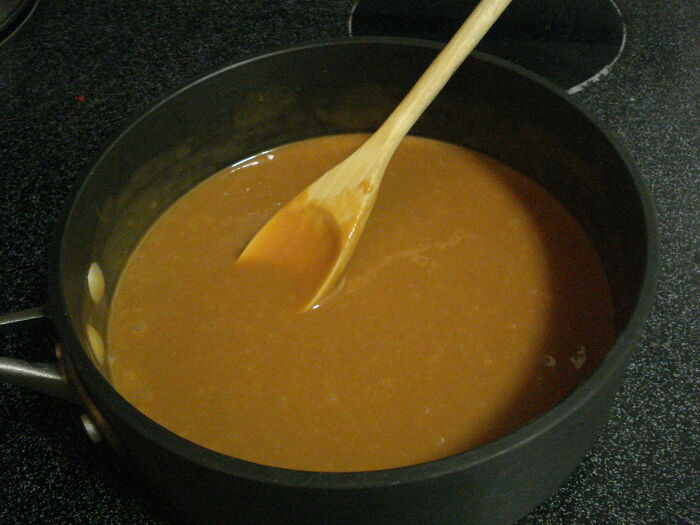 I was inspired by Caramel week on the Great British Bake Off and made a batch of caramel sauce. It was so good I did shots with it until I drank half the batch.

#16 Using Jarlic Instead Of Fresh Garlic 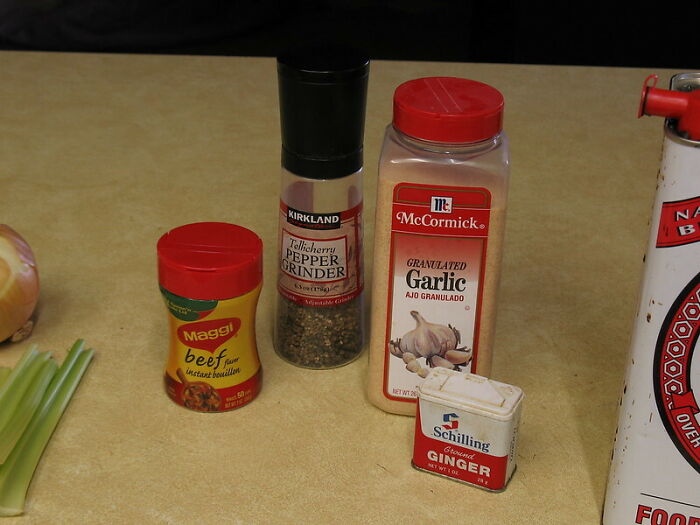 On most days I just resort to using Jarlic instead of fresh garlic.

#17 Hiding The Jam From One’s Husband

I hide the jam from my husband. He’s British and eats it by the spoonful every day, so I had to take measures

The secret ingredient to my famous from scratch mac and cheese is Velveeta. I have done it with real cheddar, gouda, swiss you name never as good as when there is a little Velveeta.

My lemon bars I make for my family/coworkers every July 4 is just from the Pillsbury website.

i use Better than Bouillon ‘roast chicken’ flavor base/bouillon in every soup i make, or anything that calls for broth/stock. sometimes i also add a little BTB mushroom base too, for even more umami. it tastes amazing, lasts forever, and saves time/space/waste. sometimes on special occasions i’ll make stock from scratch, or i’ll make specific stocks from scratch as a recipe calls for it (shrimp stock is easy/fast enough to make, and if i make pho or ramen i definitely go from scratch. but that’s a rare project). but 9 times out of 10 i’m more than happy to use BTB, i think it tastes great.