A bullfighter, soprano singer and ice cream maker: Photographs that celebrate the people of Morecambe 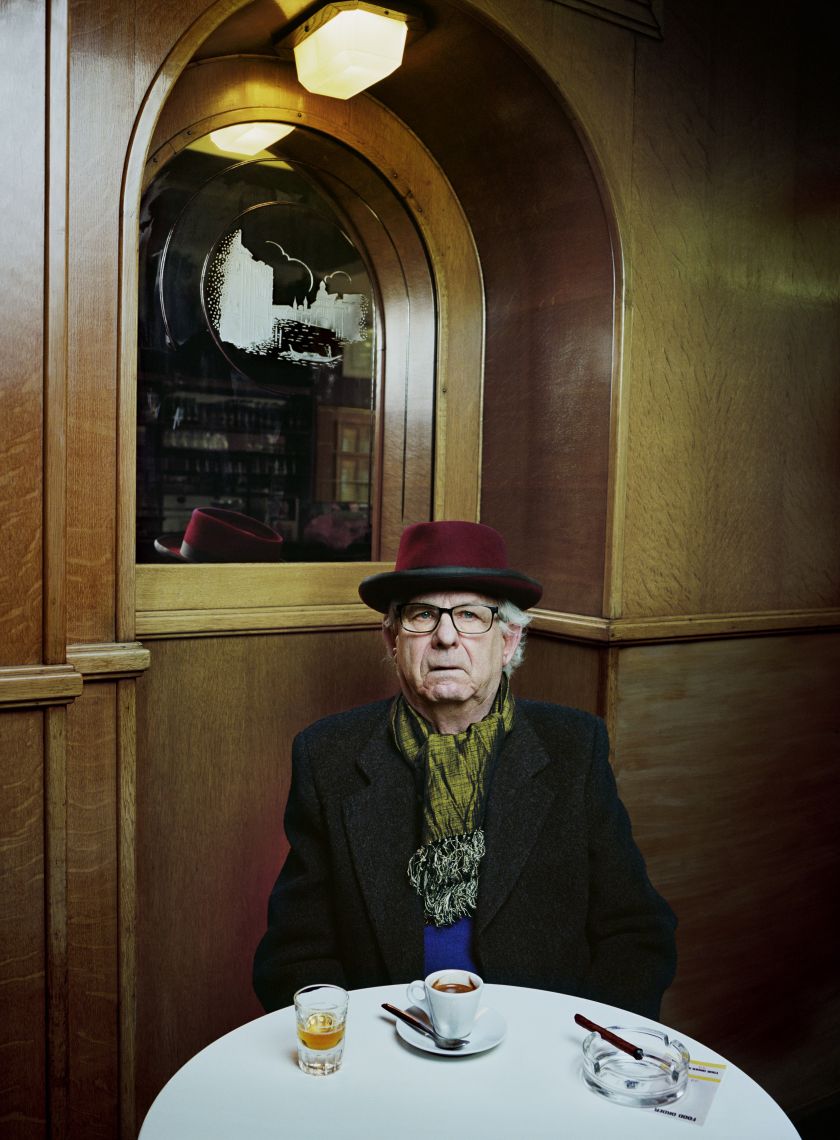 Morecambe might be one of Lancashire’s most famous seaside towns, but did you know it also attracts a fascinating array of characters from around the world, including a bullfighter, soprano singer and ice cream maker? In his new series, Destination Morecambe, photographer reveals its rich human tapestry.

On display at Brucciani’s Café in Morecambe from 21 July, the diverse body of work illuminates the remarkable stories of those who have found “home” in the charming coastal community. From a Spanish bullfighter-turned-tapas-bar owner and an Australian soprano seeking stardom to an Italian family that has become an enduring cornerstone of holiday indulgence on the promenade, each of David’s 14 subjects has something fascinating to share. The group comes from pretty much everywhere, including Uzbekistan, France, Russia, and Somaliland, plus the true “sandgrown’uns”, who, as Morecambe natives, left only to return as the tides called them home.

Of those featured, we’re first introduced to Paolo Brucciani overlooking the largely unchanged interior of the ice-cream café, established in the 1930s by his grandparents and which also forms the setting for the series. We then meet José Luís Calvo, who established the enduring local Spanish Bar and is surely Morecambe’s only ex-star bullfighter. A prodigious feature in the ring in his youth and therefore finding a taste for travel, his wanderlust was finally satisfied by Morecambe Bay, which the 83-year-old still passionately calls home.

Then there’s 89-year-old Maureen Elliot, an Australian singer who endured a four-week journey by ship to pick up a part in the company of the legendary music hall star, Tommy Trinder. She found love and settled into family life with her husband Byll and five children, 10,000 miles from where she grew up. 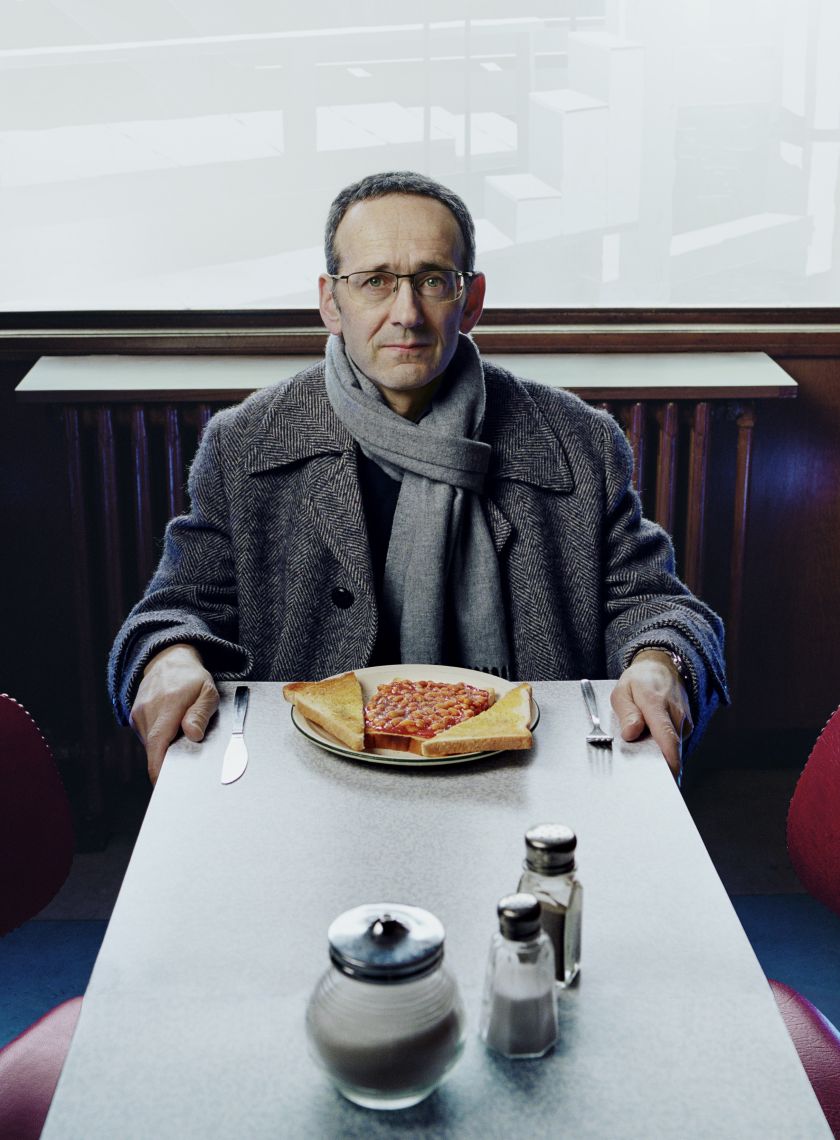 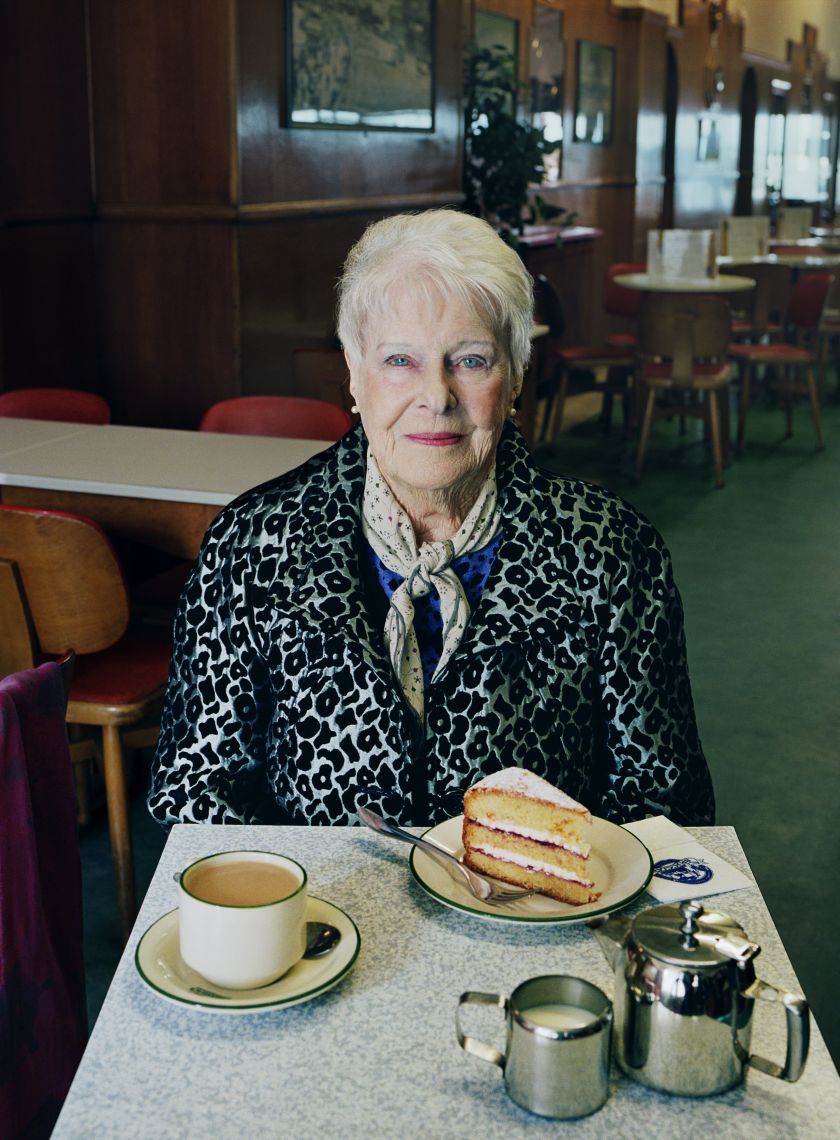 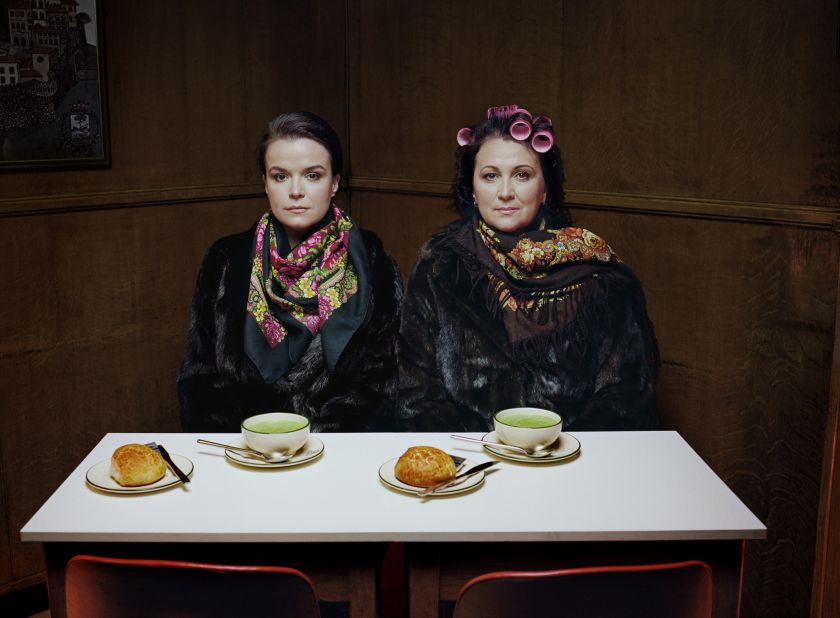 Showbusiness also runs in the veins of Madrileño, Inma Elliot, whose performing life on skates, and touring with the worldwide success of Holiday On Ice, took her far from the Spanish capital. Meeting her husband, having a daughter and concluding their global adventures in the green and blue of Morecambe’s stunning landscape – it’s the one place they have been able to consistently call home together.

As for many others in the exhibition, Russian Nelli Watmough – featured with her daughter, Karina Velichko – the establishment of deep roots in Morecambe is a story of romance. Having met her English husband working in Tsemenskaya Bay in the south of Russia, the next stop was Iskenderun Bay, Turkey, on a work posting, before settling in Morecambe.

There’s even a pandemic angle with a London family exchanging the city for the sea in search of a better life. Wren and Stanley Rawcliffe Kemp are pictured sipping milkshakes. The brother and sister’s parents, Helen and Nick, found that a too-small flat and life in the capital was no longer the preferred option during Covid and gave in to their yearning for a quieter, greener life with more space. With family ties in Chorley, Lancashire, dials were set to take the family from London to Heysham, leaving the children to spend their weekdays at beach school and weekends back on the beach with mum and dad. 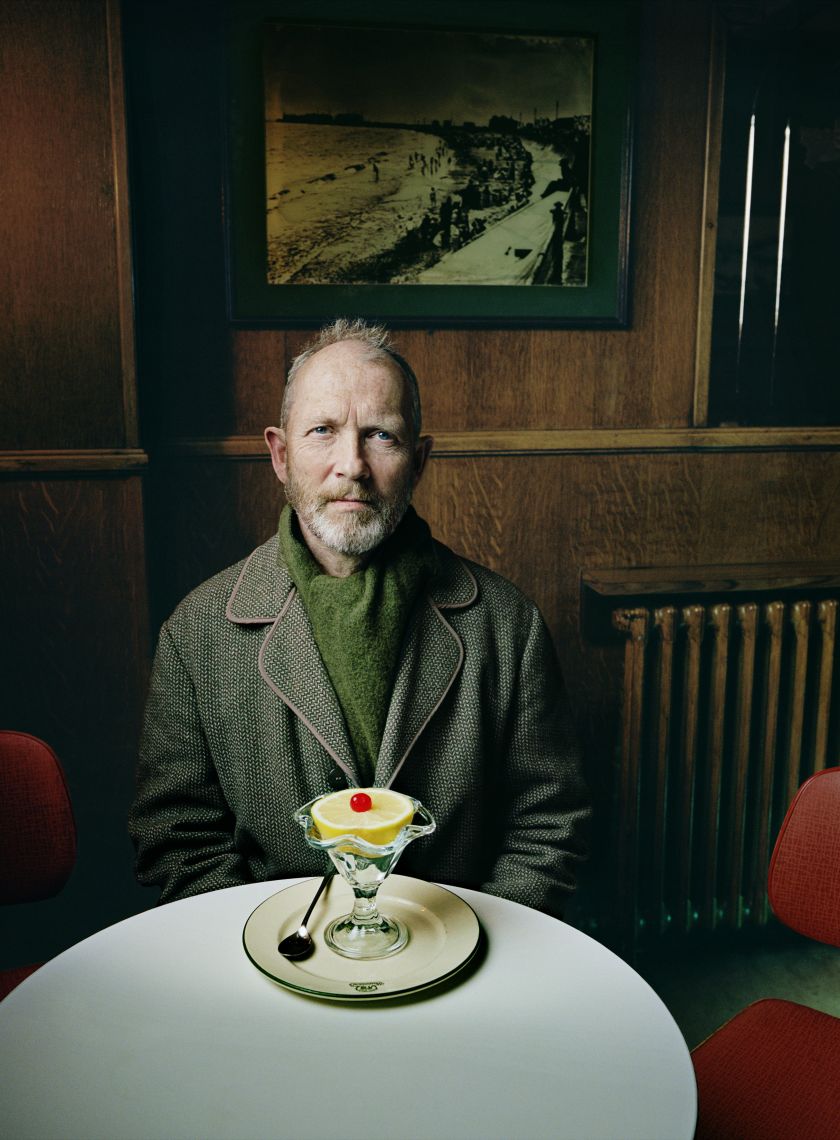 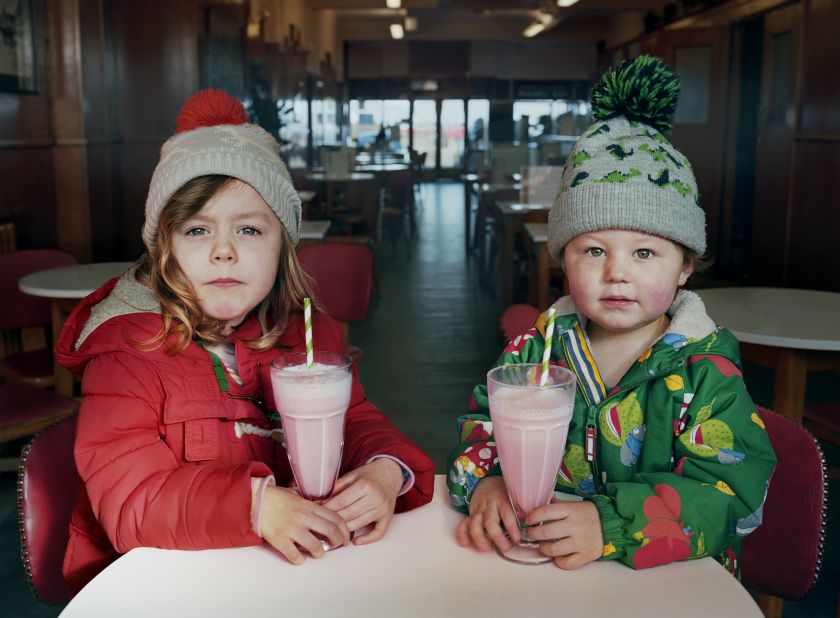 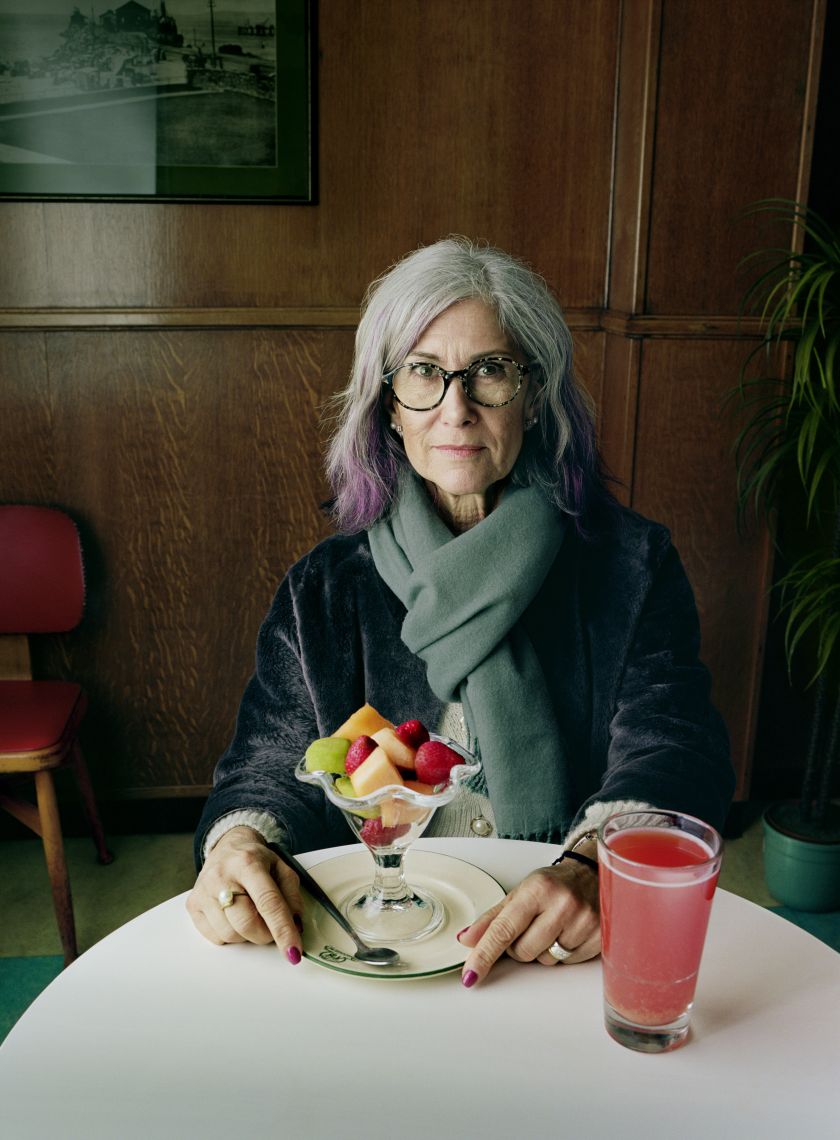 “For this project, I chose to shoot the portraits on 120 roll film, which is how it would have been 40 years ago when I started my career,” David tells Creative Boom. “Working with the camera on a tripod, the portraits become more constructed. Creating work in this more traditional way is quickly being overlooked and ultimately lost in favour of digital methods. These portraits can be considered a reaction against the ubiquity of photography heralded by the rise of social media and the notion of the universal photographer.”

Curator Lauren Zawadzki adds: “I have called this area home all my life and have always been aware, being of Polish descent, of the presence of people who have come into and enriched our communities. Not least the Brucciani family and the café that has been a feature of families’ lives here for generations. It’s not easy to leave the place you have grown up, and each of the stories told in and besides these photographs shows as much risk and sacrifice as they do joy and the happy-ever-afters.” 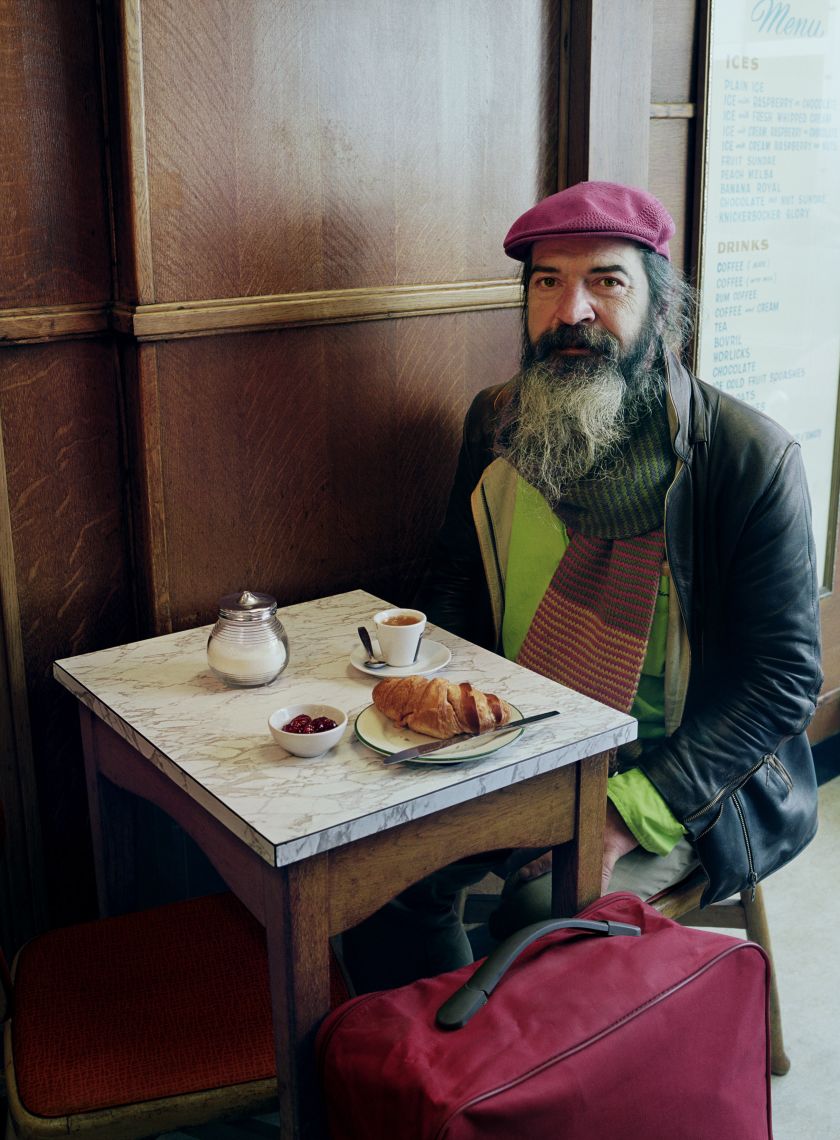 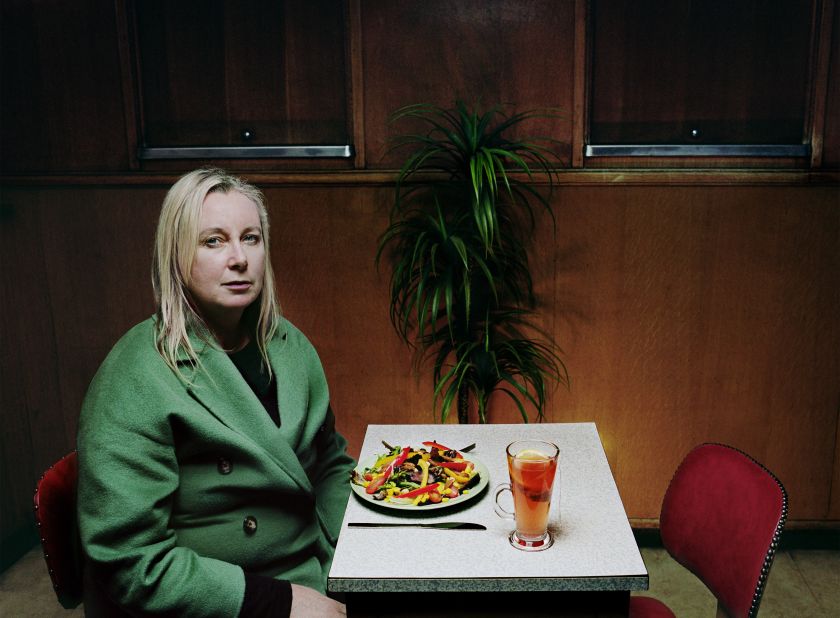 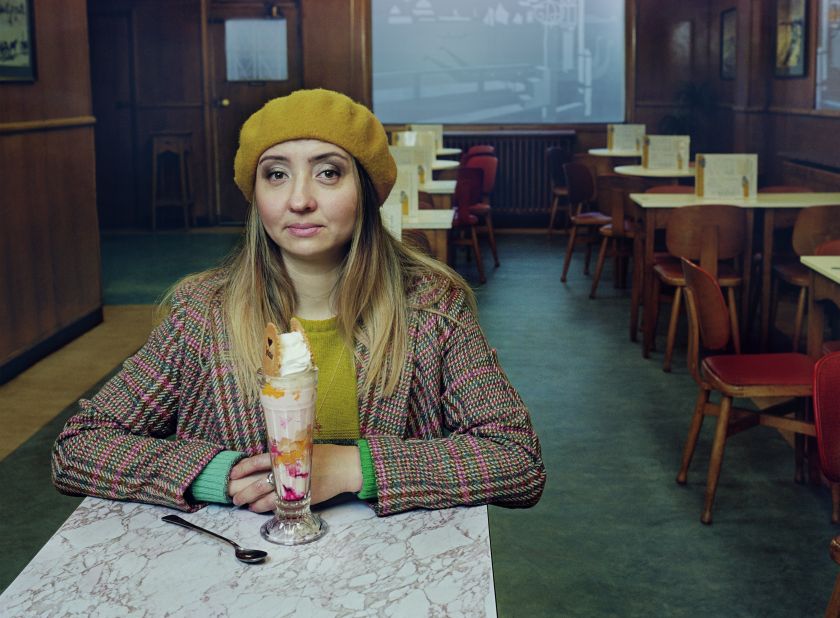 Hung on the walls of Brucciani’s Café for the summer, the full list of Morecambe residents includes Inma Elliot, a translator from Madrid; Pete Moser, a musician from London; Michel Gueyrard, a writer from Toulouse; Olesya Krijenovskaya, a clinical support worker from Uzbekistan; Neil Pickup, retired energy professional from Somaliland; Gina Thistlethwaite, born and raised in Morecambe, and Nicola Garrett, a massage therapist from Liverpool.

Destination Morecambe opens at the famous living museum of Brucciani’s Café on Morecambe Promenade on Thursday 21 July, and runs throughout the summer. The project by David Stewart presents a remarkable document of immigration and the lure of the UK coast.