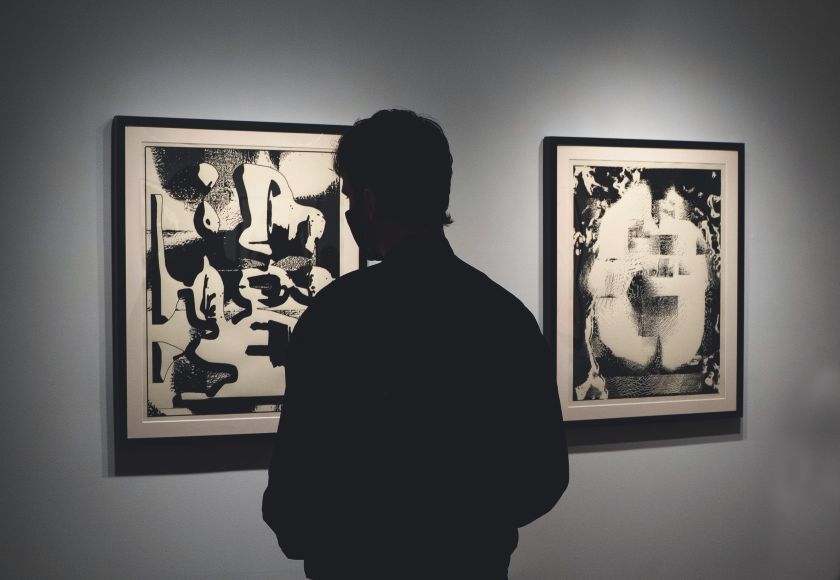 In ‘s latest project, Martyrs, he shows us how it’s always important to keep working on your own personal work. Finished as a two-colour Risograph art book, plus a solo exhibition featuring seven screen-printed images, Grant sought to zoom out from a refined concept and explore a “common tone” throughout his work. And the theme of martyrdom is what he landed on.

Grant is originally from Cleveland, Ohio, and moved to Nashville in 2016 for university. He graduated in Graphic Design in 2020 and has worked on numerous design projects for the likes of Third Man Records and the First Art Museum; he’s also spent a summer in LA working as a studio assistant for artist/designer Robbie Simon. This summer – next month to be exact – he’ll be moving to Brooklyn, which will be an exciting turn for the designer.

“I would say that music is one of my greatest sources of inspiration,” he tells us. Evidently so, Grant’s work is both fluid and dynamic, filled with textures, experimental colour palettes and type. He’s also heavily inspired by those who sample and create new works, “I feel that is very close to how I work visually and encourages my sense of exploration and digging to find weird images from which to source.” To such lengths that, in all honestly, we’d love to take a peek into Grant’s brain and reveal the process behind his creations – unravelling this intuitive and utterly original way of thinking. “For the most part, I start with source images, whether drawings, photos, edits by me or images found on the internet,” he explains. “Then I bring them into Photoshop, where they are manipulated and distorted to reveal their bones.” 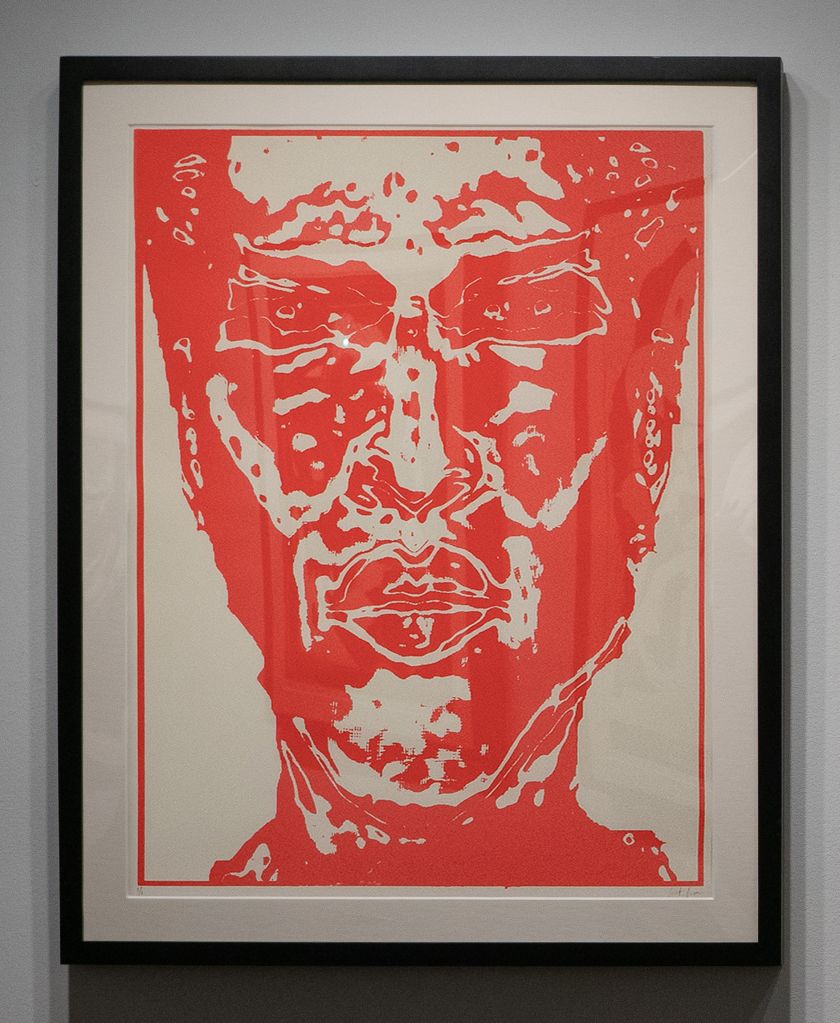 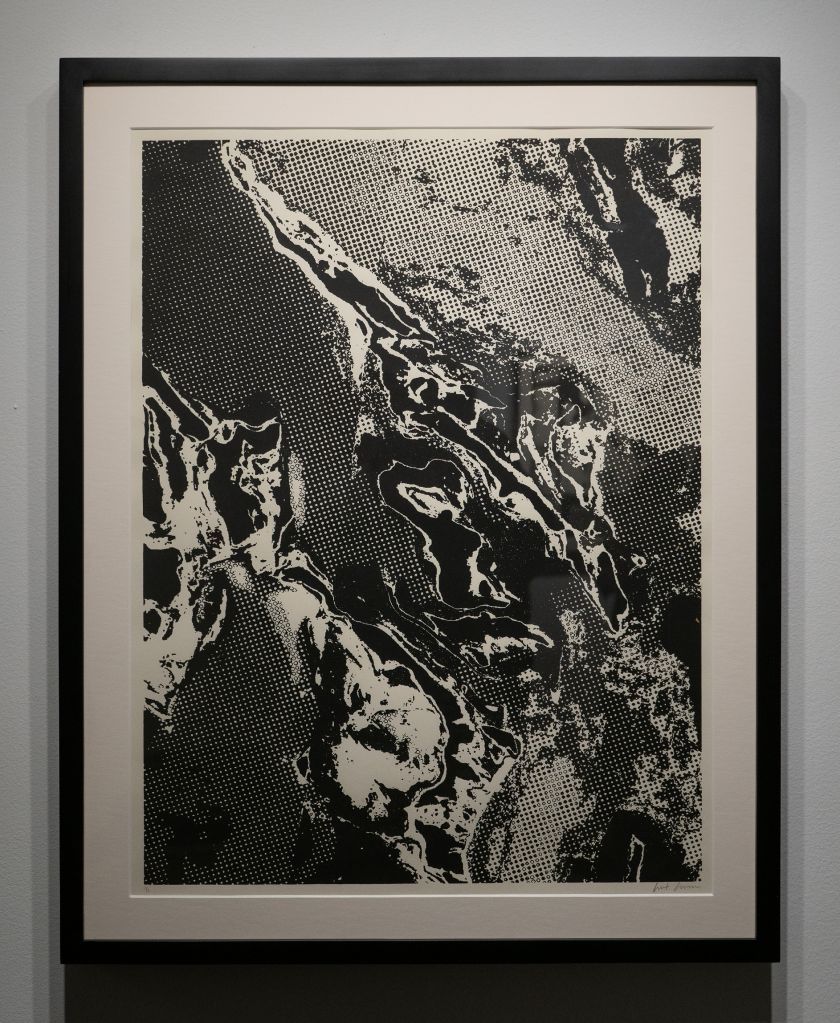 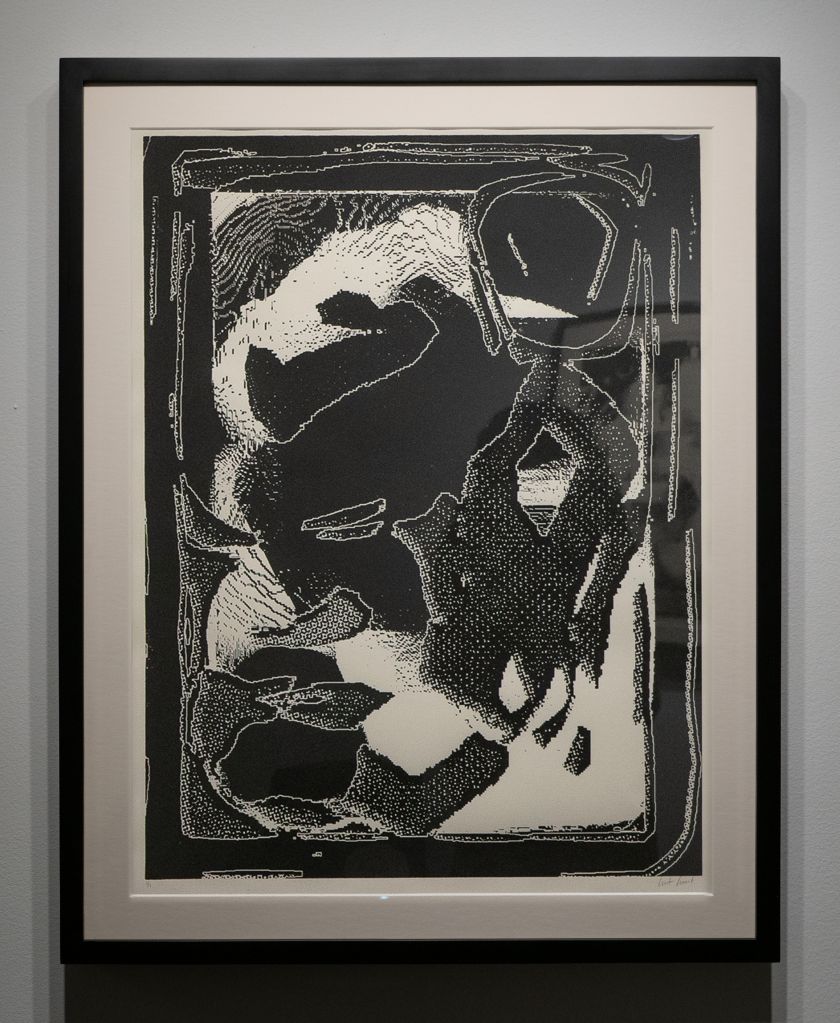 Next, through an “extreme” level of layering and blending, Grant composes images that appear like a mass of collages, presenting a cut-and-paste aesthetic and pastiche of different references. Then, at the end, Grant will typically transfer these images through different mediums, including silkscreen, Risograph or UV printing.

In the context of Martyrs, then, he’s applied his creative outlook to explore the “emotions and internalisations that emerge from living in a divisive culture”. A complex topic no less, his goal was to ultimately explore his own anxieties with the “intense feeling of separation from one another on ideological grounds”, he says. “When referring to a martyr (a person who is killed for their beliefs), the question can be: was this just? Did one die for a greater purpose? Or was it all in vain?” Answering these posed questions, Grant visually aimed to capture this uncertainty of one’s identity and does so through a mix of bold, textural designs conceived in characteristic collage fashion. You’ll notice some familiar elements throughout the project, like a face or twisted body, but ultimately they’re here to confuse you a little in terms of subject matter and composition. 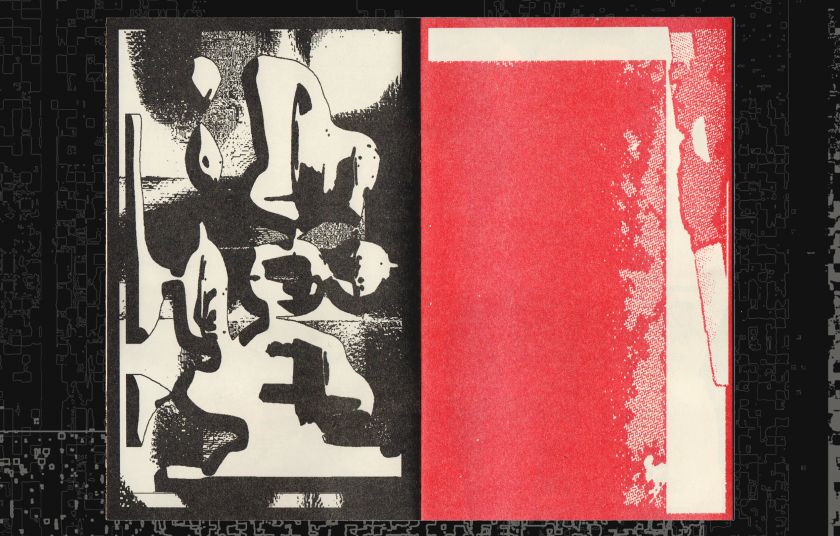 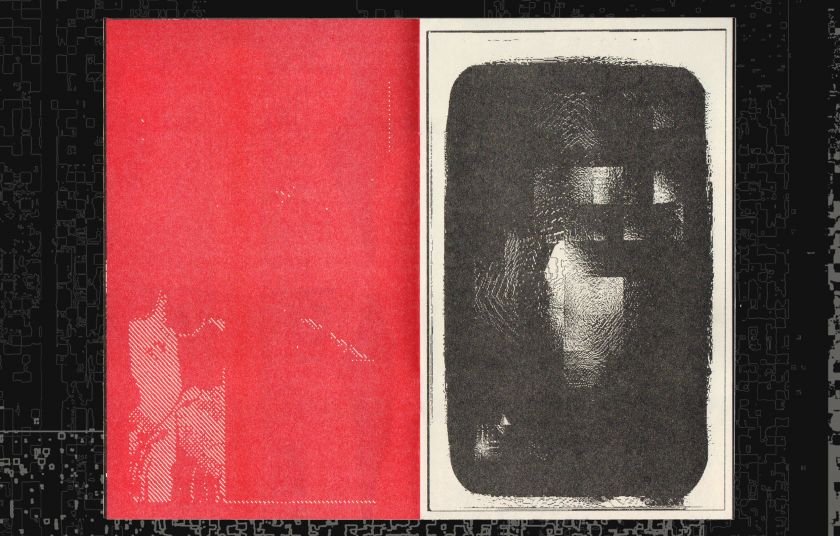 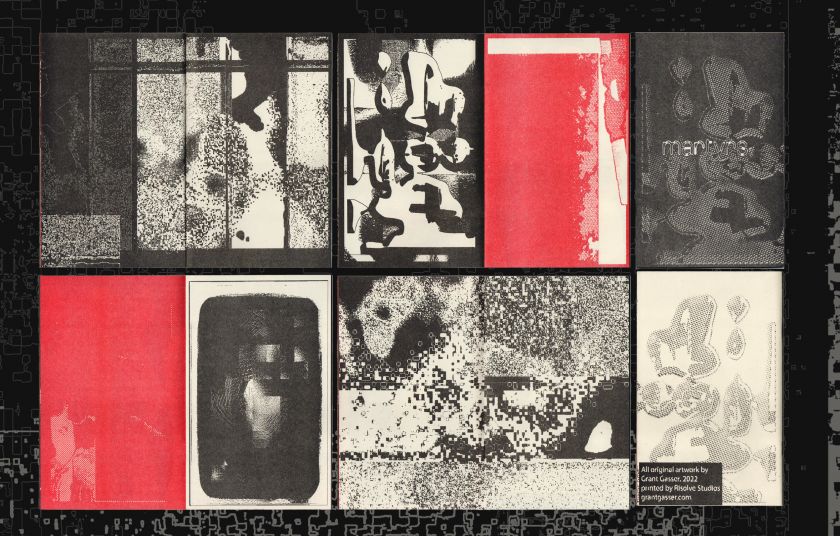 During the making, Grant sourced hundreds of images to form his pieces, “many with extremely poor resolution and digital distortion”, he says, before bringing them into Photoshop to play with the shape and composition. The next step involved screen printing and compiling a Risograph printed art book – “making the book and the wall pieces were equal parts of the show and concept”. He adds: “Ultimately, my goal with Martyrs is to express the anxiety of growing up with a religious context, overcorrecting in rebellion and now learning where I stand in the midst of it all. Given that, hopefully, I can help those with a similar story feel heard and represented.”