All the Disney references in Geppetto’s cuckoo clocks in ‘Pinocchio’ 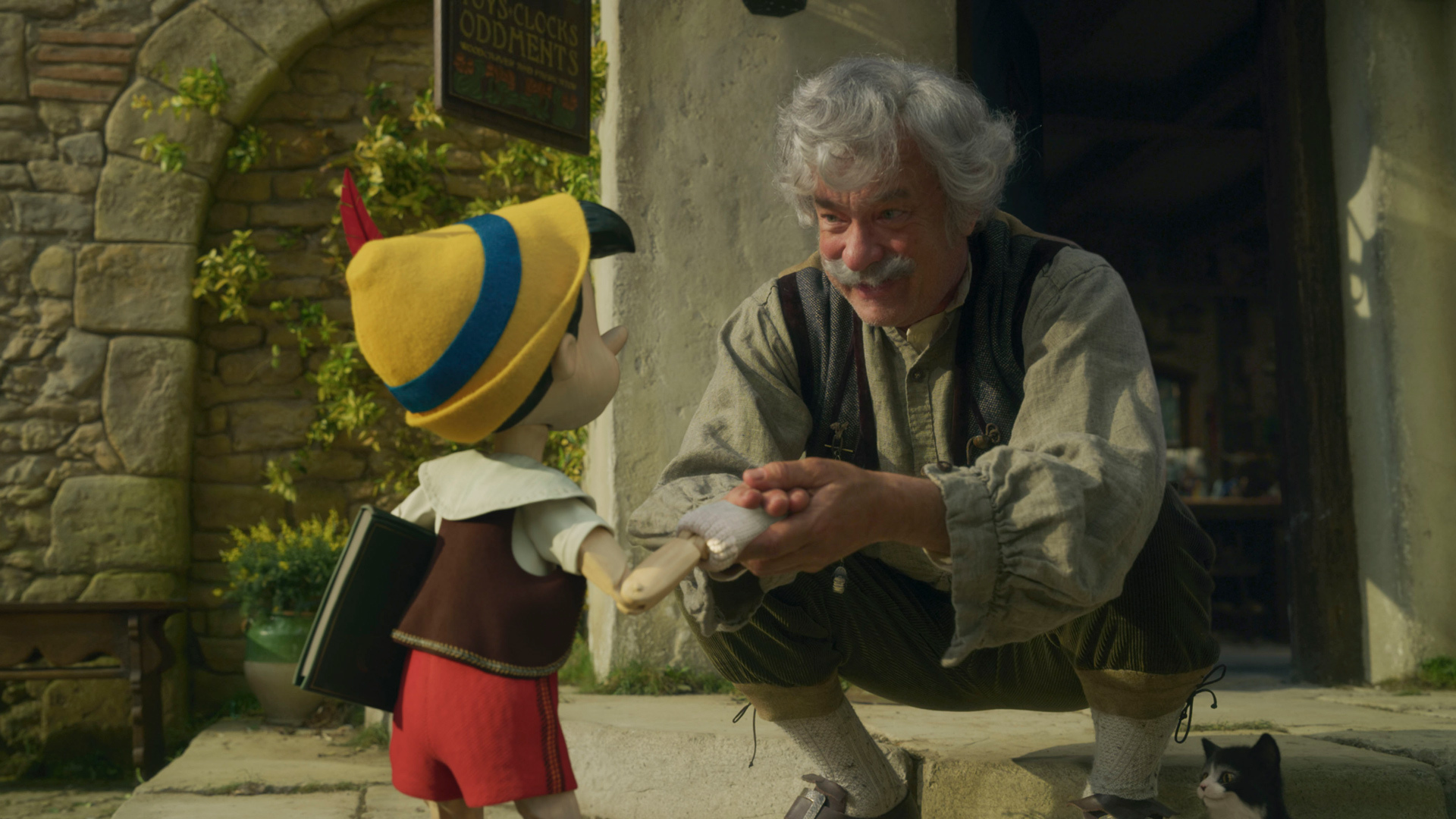 Disney loves a Disney reference and its latest live action remake, , basically spits them at you.

Well, they pop out of cuckoo clocks made by woodcarver and Pinocchio’s dad, Geppetto (Tom Hanks), and it’s a rather blink-and-you’ll-miss-it montage of Easter eggs. At the beginning of the film, inside Geppetto’s house there are two moments involving his staggeringly large collection of clocks chiming dramatically on the wall.

Several cuckoo clocks have been recreated from the original animated film from 1940, including a teeny bar (where a man pops out, takes a swig from a bottle and pops back in), and a mother smacking a bare-bottomed child on the chime — but in director Robert Zemeckis’ new film, she’s beside a policeman, who blocks her with his baton.

The 20 absolute best movies on Disney+

But did you notice a few familiar faces, too? Even though none of these films exist in Geppetto’s reality, there’s a bunch of Disney characters sitting inside these clocks, from Toy Story to The Lion King, springing out on the chime. Here are the references I could see — maybe you’ve spotted more?

Maleficent, the antagonist from 1959’s Sleeping Beauty, storms out of her castle clock with her staff and raven Diablo, as the camera pans up to poor ol’ Aurora in the attic, touching the forbidden spindle on the chime.

There’s a lovely little circus tent clock adorned by clowns, with Dumbo flying out the top of it making a little trumpeting sound.

On the chime, a wooden Rafiki holds Simba up for all to see.

This one’s a reference to director Robert Zemeckis, who directed the 1988 film Who Framed Roger Rabbit with his producer pal Steven Spielberg. Jessica Rabbit picks up her husband, Roger, and gives him a big old smooch in front of a cuckoo clock with hearts all around it.

Snow White and the Seven Dwarfs

In a nod to the first animated Disney film released in 1937 before Pinocchio in 1940, Snow White stands outside a clock resembling the cottage of the Seven Dwarfs. On the chime, she takes an apple from the Queen disguised as an old woman, collapses into a glass coffin, and the Seven Dwarfs pop out looking concerned while the Queen disappears into the attic.

An elephant clock with a canopied howdah atop it looks suspiciously like when Genie turns Abu into an elephant for transporting Prince Ali into town in 1992’s Aladdin.

Classic Disney character Donald Duck jumps around outside a cuckoo clock shaped like a log cabin while his nephews Huey, Dewey, and Louie fly out the top window.

Did I miss any?