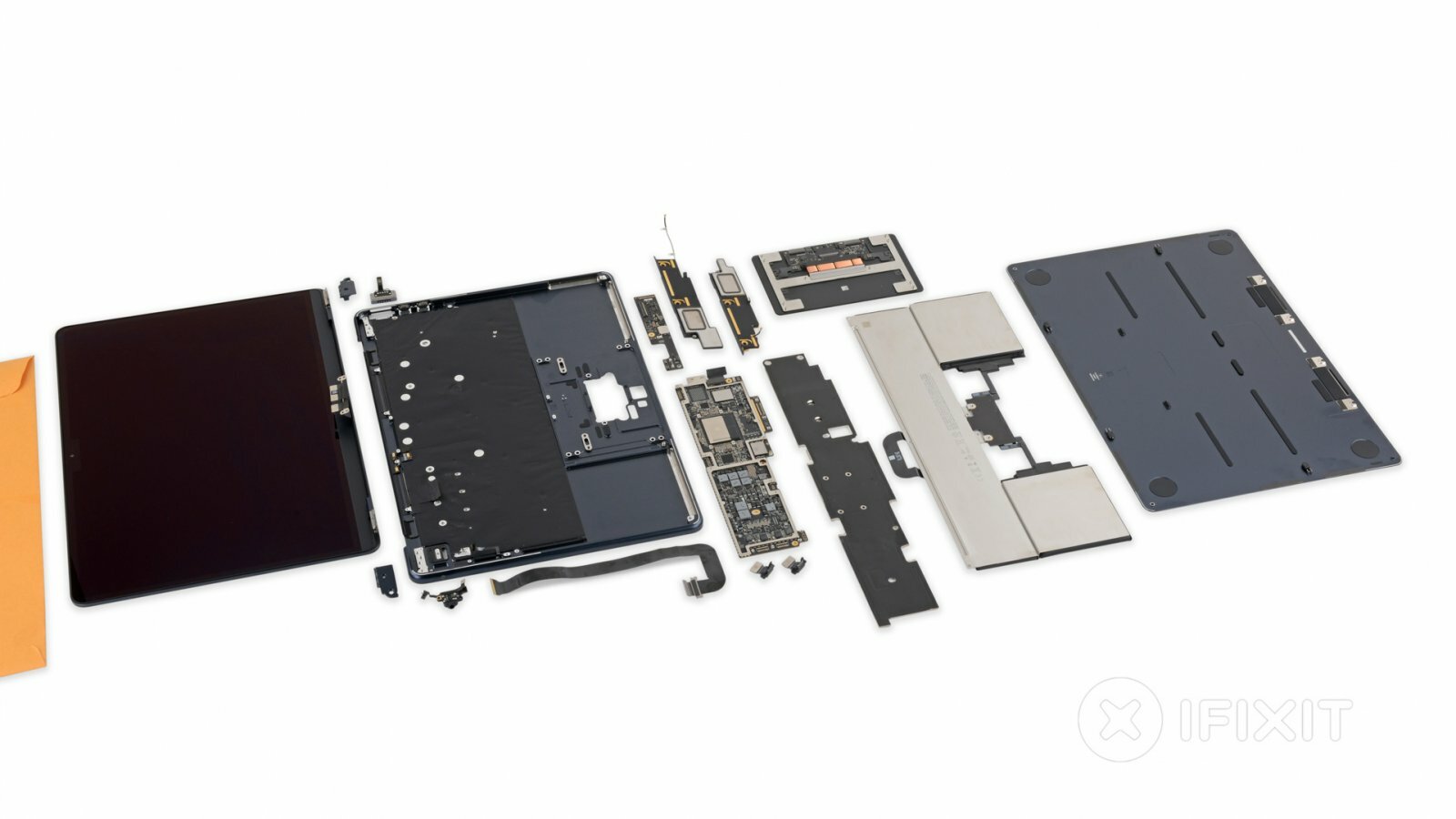 What’s the first thing you do when you get a ? If you’re iFixit, you to the smallest bits and report what you found.

This time around, the repair specialists found something fairly odd: The new MacBook Air doesn’t seem to have much in the way of cooling. The absence of fan is no surprise — that was one of the main differentiators between the previous MacBook Air and MacBook Pro — but the new device doesn’t even have a passive cooler, such as a heat spreader. Instead, it relies just on thermal paste and graphite tape for cooling.

This could mean that Apple’s new M2 chip really is so thermally efficient that the new Air simply doesn’t need a cooler of any sort. But it could also mean that buyers who tend to put their laptops up to very CPU-intensive tasks, or live in warm climates, might have to wait for some tests to see how hot the M2 Air gets in various scenarios.

Other interesting details from the teardown is the position of the speakers, which are now located above the keyboard (they were on the left and right side on the previous model), as well as a notable reduction in screws needed to open the laptop (four instead of ten).

Check out the entire teardown or in the video above.