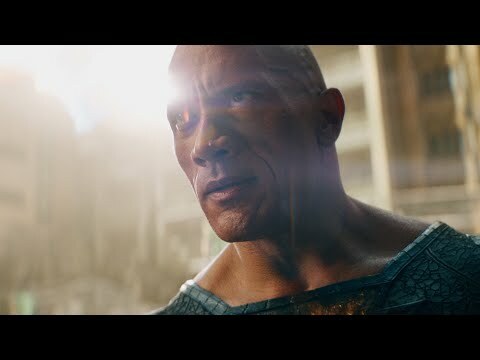 When the Black Adam trailer dropped last month, we got our first taste of Dwayne Johnson’s take on this classic DC antihero: torn, tortured, and aligned somewhere between hero and villain, as expected. He also punched a fighter jet.

In the Comic Con sneak peek presented at Hall H on Saturday — where Dwayne Johnson himself , in character and seeming to levitate amid a vortex of lighting — Black Adam is an even darker figure. He considers his powers a curse, once again punches that fighter jet, and then gets into a fight with Hawkman (Aldis Hodge).

Hawkman, a Justice League of America founder, originates in ancient Egypt — as does Black Adam — and seems to serve as a sort of moral counterweight to Black Adam, who has a pro-killing-people stance that sets him apart from superheroes. But it seems this is more than a philosophical conflict because now we know Black Adam uses his lightning powers to blast Hawkman into the side of a car. Looks like it’s going to take a whole movie to resolve this.