Bodega x Salomon Is A Wearable Ecosystem For The Feet

is undoubtedly one of my favorite brands ATM. Its rugged take on outdoor-friendly footwear alongside its unwillingness to conform to the constraints of the modern day sneaker brand is nothing short of refreshing.

Keen to get on board the trail is everyone’s favorite retailer , who has gone all in on Salomon’s X-Mission 4 silhouette.

Dubbed “Full Bleed,” the sneaker is centered around a nylon ripstop upper which has been given a tie-dye-like “Stormy Sky” treatment, which is unique to each pair. Featuring co-branding down the tongue, to the rear and back of the sneaker, the X-Mission 4 is doused in pops of yellow, pink, blue, and green, alongside a 3M fabric.

Described by Bodega as a “wearable ecosystem for the feet,” the sneaker – which is set to drop at Bodega on July 29 (12pm EST) – is then held in place with an ever-present all-terrain Contagrip, which allows for a convenient and adjustable fit.

This collab is the first in a while from Salomon not to be focused on its XT-6 or XT-4 silhouettes. Following link-ups with and earlier this year, the footwear label revealed a vibrant snakeskin-like iteration alongside just last month.

Whatever your thoughts are on the impending X-Mission 4, it’s going to be hard to say no to copping a wearable ecosystem for the feet. 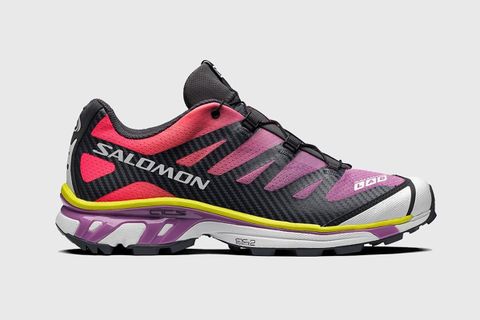