Cara Delevingne opens up in the ‘Planet Sex’ trailer 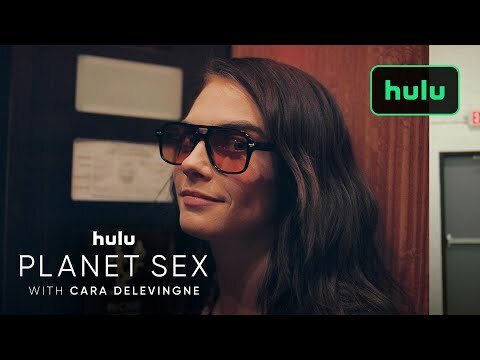 Model and actor Cara Delevingne is opening up about her sexuality in her new Hulu , Planet Sex with Cara Delevingne. “I love men,” she says in the trailer, “But oh, I love women and everyone else.”

In the show, which has already aired in the UK on , she’ll travel to several major cities in the U.S. and abroad to explore sexy topics. The trailer hints at what’s to come: Delevingne attending an all-women , meeting up with director to create a movie based on her fantasies, and wearing a VR headset to envision what it’d be like to have a man’s body.

Delevingne has been in the public eye for years, but viewers will be able to hear a more vulnerable side to her in the show. “Growing up with a lot of shame thinking, ‘This isn’t normal, this isn’t human,'” she says, “But it is.”