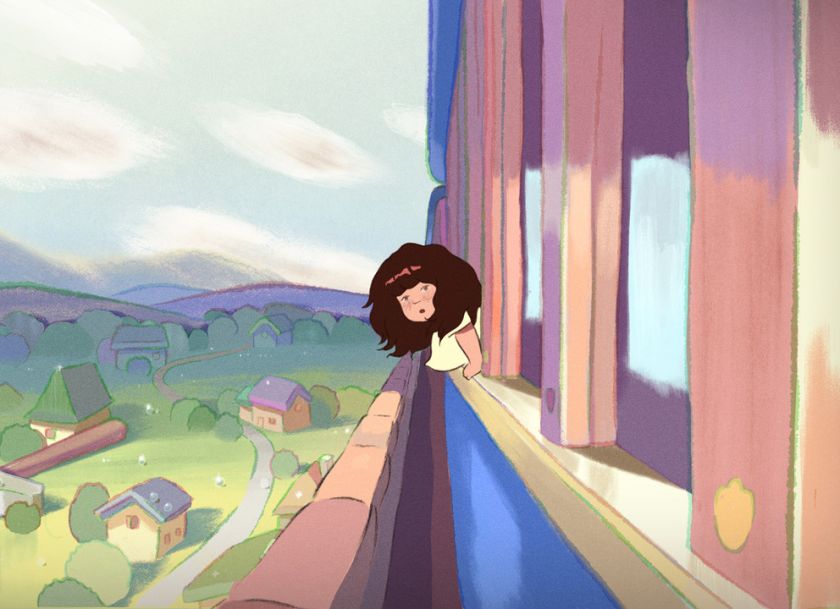 French studio has created a dreamy new music video for pop artist November Ultra, directed by . With influences from Studio Ghibli and childhood memories, the charming animation is for her new single, Come Into My Arms.

The video encapsulates the song’s themes in a story that’s as touching as it is tender. It opens with a young girl who is woken by falling rain, which prompts her to head out on an adventure. She leaves home, catches a train, and then glances upwards as she reaches her destination. At this point, the rain stops, and a twist emerges: the girl is a drawing by her creator, another young girl, and their reunion stops her tears – the rain – from falling. Nostalgic and full of emotion, it’s an animation inspired by the musician’s childhood – something that director Tamerlan resonated with: “When I draw, I go in search of what is magical and beautiful in our world,” she tells us. “To be a child again; to find magic in every moment and to be amazed by everyday life, by the sight of a tree or a cat.”

In this vain, November Ultra sent Tamerlan photos of her as a child. “I was able to imagine a character who looked a bit like her,” says the director, “so that her voice could blend into my universe, and this visual could be ours. I wanted to create a dream-like memory that might seem ordinary for an adult but is new, adventurous and therefore significant for a child. My goal for this video was to create a light, poetic comfort – one that helps us find and console ourselves, just like the little girl does.”

Remembers is headed up by Felix de Givry and Ugo Bienvenu, whose previous work includes striking animated visuals for Chanel’s Métiers d’Art show, the Opéra national de Paris, and the music video for At The Door by The Strokes.

November Ultra released her debut album Bedroom Walls in April via Virgin France, and since then, it’s received wide acclaim, including a One To Watch in . Come Into My Arms is Ultra’s latest single and is available now.