The adidas Predator is undoubtedly a legend in the realm of football boots.

I mean, the fact a shoe is as popular now as it was when it was first released almost thirty years ago is a feat in itself, notwithstanding some of the famous feet it’s adorned throughout that time.

From the and Alessandro Del Piero, to the hefty heights of Zinedine Zidane and Steven Gerrard, the Predator is — and I don’t say this lightly — the GOAT.

As it happens, the Predator is the focus of adidas’ first release of 2023 as the label introduces its aptly titled: Predator Archive Pack.

Past, present, and future collide with a mashup of modern technology and innovation with classic 2000-01 Predator Precision details. The result? A boot that looks and feels like the original icon, but made for today’s game.

In fact, this isn’t the first time adidas has revisited the Predator in recent years. Early last year the German sportswear label to celebrate the silhouette’s twentieth anniversary, before the release of a back in November.

In truth, the Predator is in a realm of its own. No matter how many boots it comes face-to-face (foot-to-foot?) with, it continues to come up trumps. It’s the GOAT and I’ll hear nothing to the contrary. 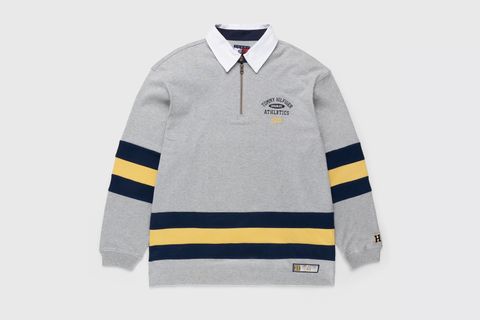