Hello Kitty Is the Undisputed Star of Copenhagen Fashion Week

Making her Copenhagen Fashion Week debut, — the adorable, anthropomorphized cat created by Sanrio — made an appearance on whimsical new offerings from .

Sporty separates including pink crop tops and matching trousers were printed with the stylish critter, complete with her signature red bow. Merging business and pleasure, a corduroy suit was embroidered with many Hello Kitties, accompanied by bright red hearts (casual Friday, anyone?).

Kitty has even served as a , inspiring Hiroshi Fujiwara and Steven Smith’s cat-covered Air Prestos, first released in 2004. In May, Nike the kicks alongside a capsule of matching apparel.

It’s clear that fashion has a soft spot for the ever-popular feline, who apparently might not be a cat at all. In 2014, Sanrio issued a correction in response to a  article characterizing Hello Kitty as the whiskered animal: “Hello Kitty is not a cat,” the statement began. “She’s a cartoon character. She is a little girl. She is a friend. But she is not a cat. She’s never depicted on all fours. She walks and sits like a two-legged creature.” 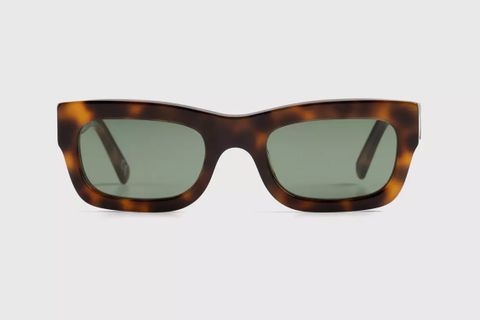 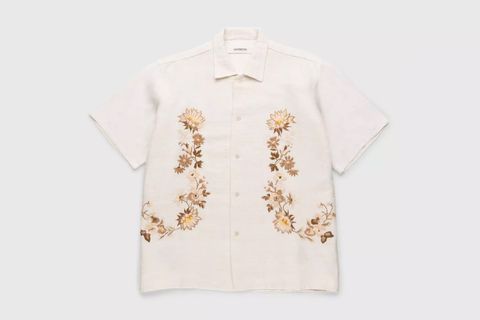 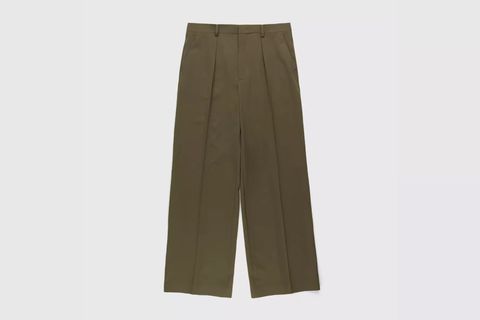