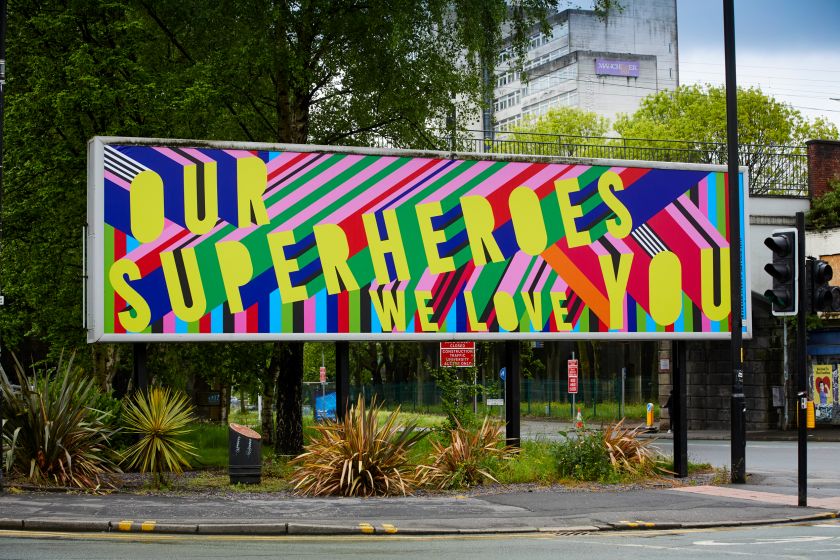 It was only last month that a designed by Morag Myerscough appeared in Leeds, kicking off a national charity campaign by to spread positivity and show support to key workers.

Now Laura Wellington’s initiative has expanded to Mayfield in Manchester with two further artworks by Myerscough featuring a technicolour message of thanks to frontline workers. The billboards at the corner of Fairfield Street and London Road, opposite Piccadilly Station, display the message: “Our super-heroes, we love you.”

As well as Morag Myerscough, In Good Company has worked with a range of esteemed artists and designers, including Studio Build, Rebecca Strickson Illustration, Anthony Burrill, FYI, Luke Tonge, Craig Black and Risotto Studio, to create vibrant banners and posters that people can buy to display in windows and gardens. All profits from the sale of the banners will go to eight charities chosen by the artists.

Myerscough says: “I had no hesitation in agreeing to work with In Good Company on this project. At a time when we are all forced to stay indoors, I think it’s really significant that Laura and her colleagues are still seeking to make art outdoors and to lift the spirits of those working so hard to keep us all safe.”

Laura Wellington, founder of In Good Company adds: “I was inspired by the weekly applause and the rainbow artworks popping up on pavements and in windows. Graphic design is key amidst a crisis – it’s a powerful tool in communication and we wanted to create a campaign that keeps people’s spirits high. As artists and designers, we thrive in creativity, and there’s no bigger opportunity to be creative than in a crisis.” 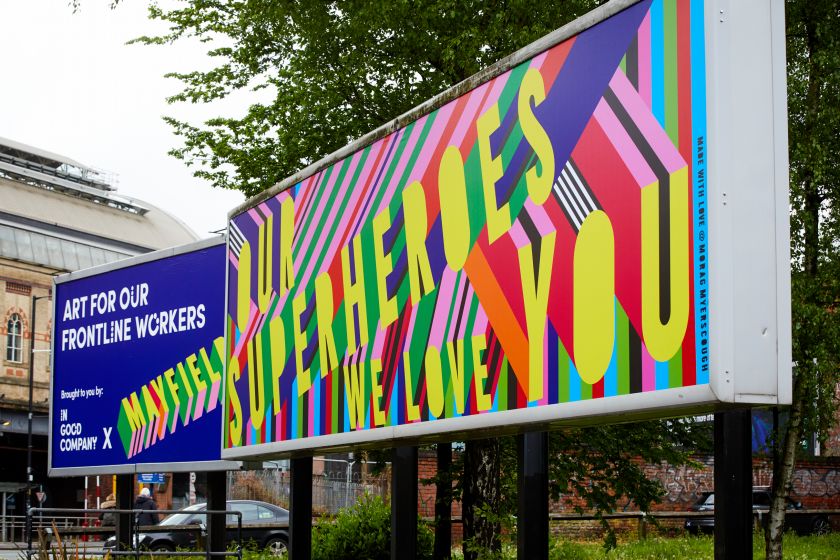 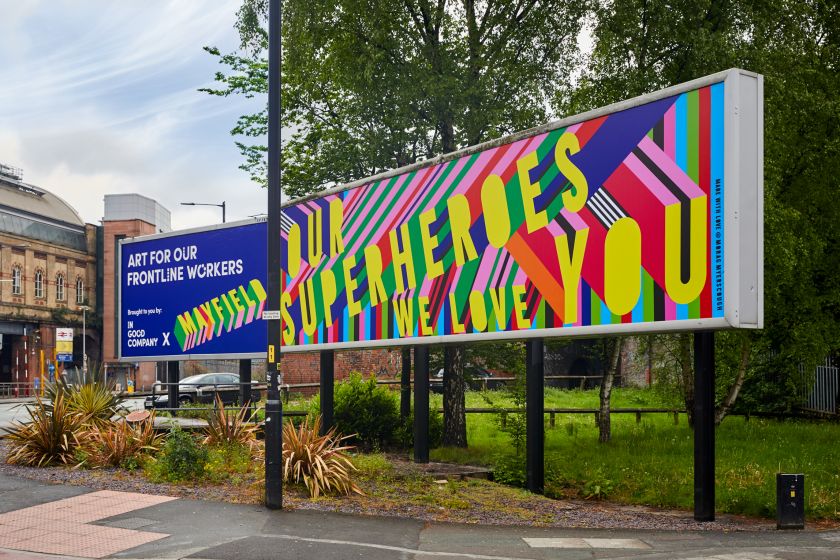 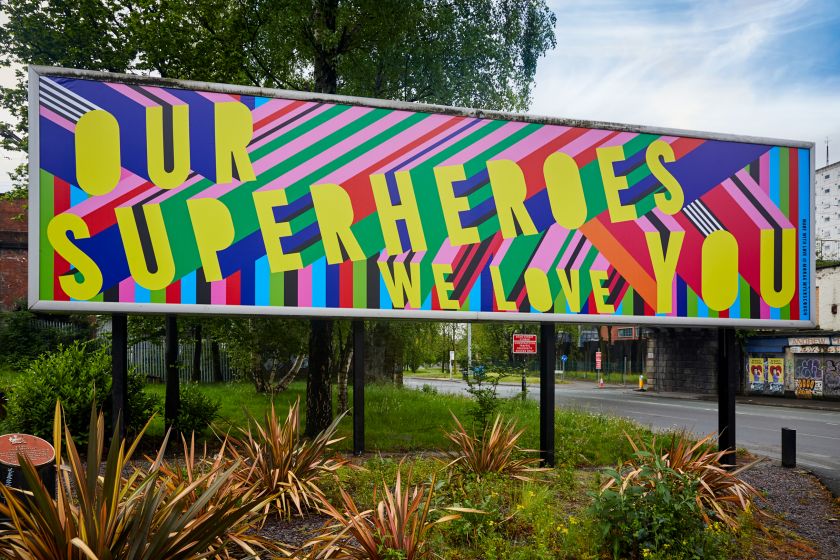 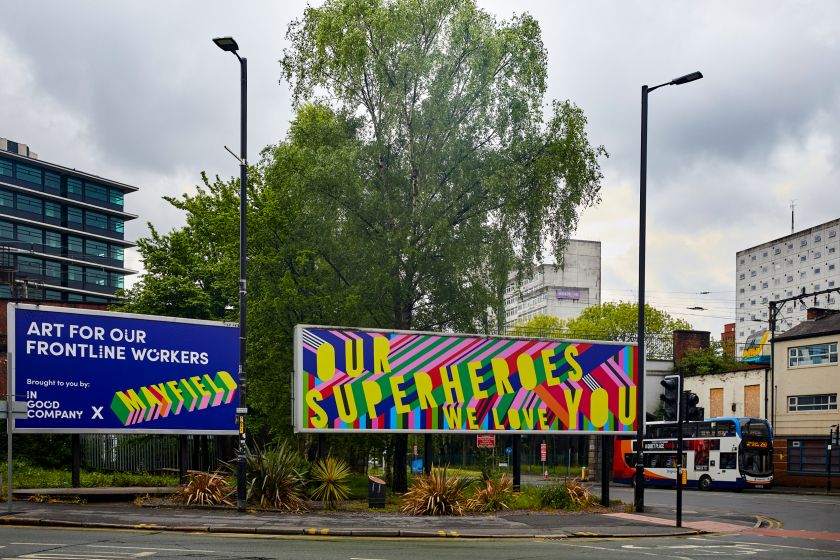 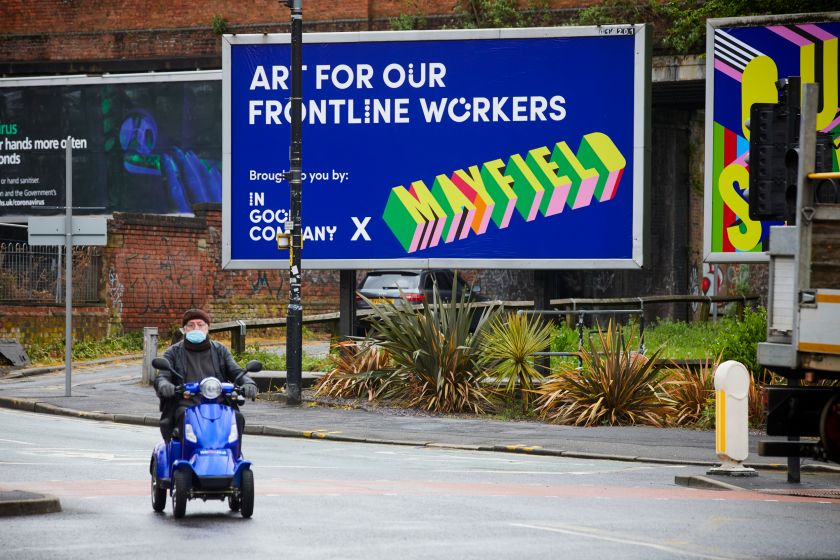