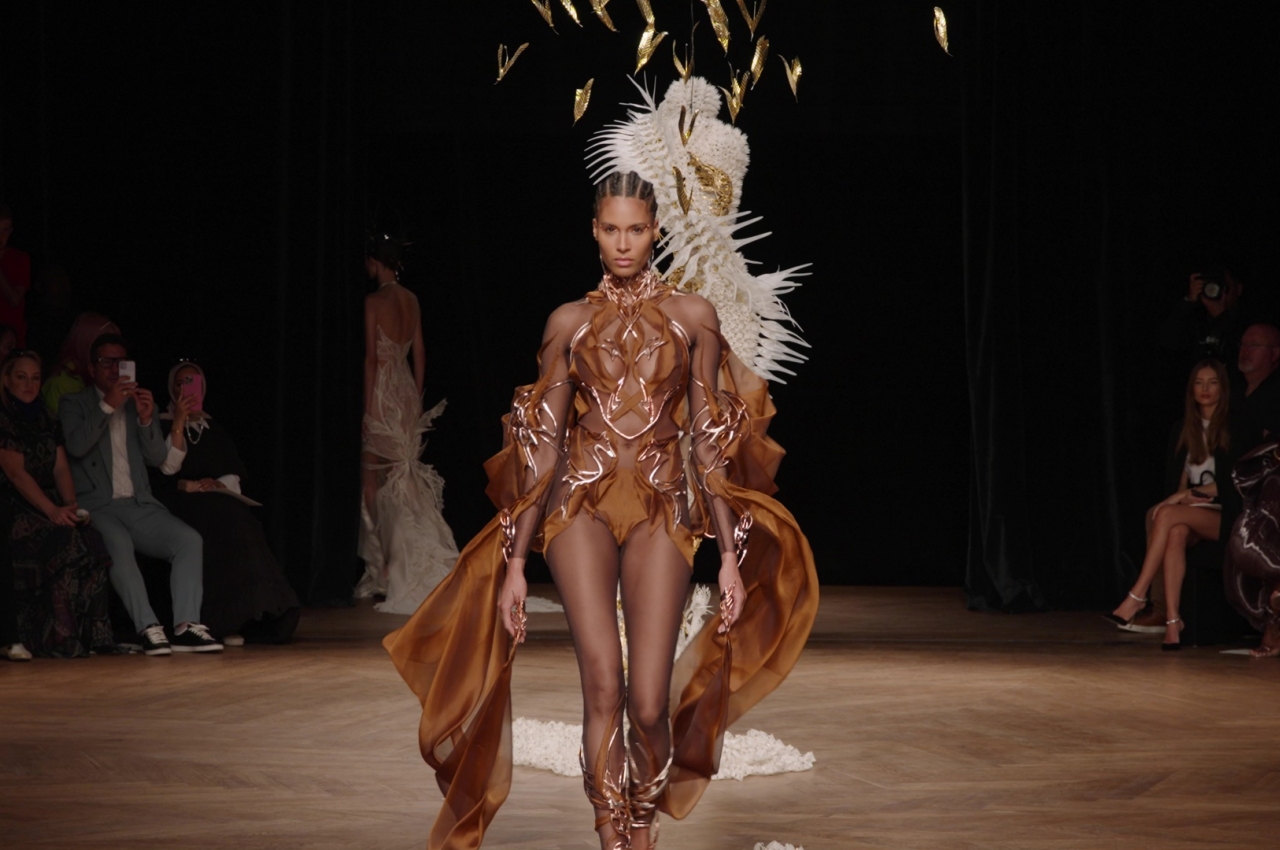 Chocolate is probably more universally liked than coffee, and it’s used as an ingredient in many more kinds of foods that go beyond desserts. Given that situation, it wouldn’t be a surprise if cocoa beans are in much greater demand than coffee beans, which is already quite a lot. Consequently, it also means that the byproducts of harvesting and using these cocoa beans could be exponentially greater than even the output of coffee bean grinds, creating both waste and opportunities. Admittedly, there might not be much use for cocoa bean husks as there is for coffee bean grinds, but it’s only a matter of thinking outside the box and utilizing the technologies already available today. They could, for example, serve as the raw materials that would become the fashion of tomorrow, like this magnificent dress that could have you breaking your diet and reaching for a chocolate ice cream bar. 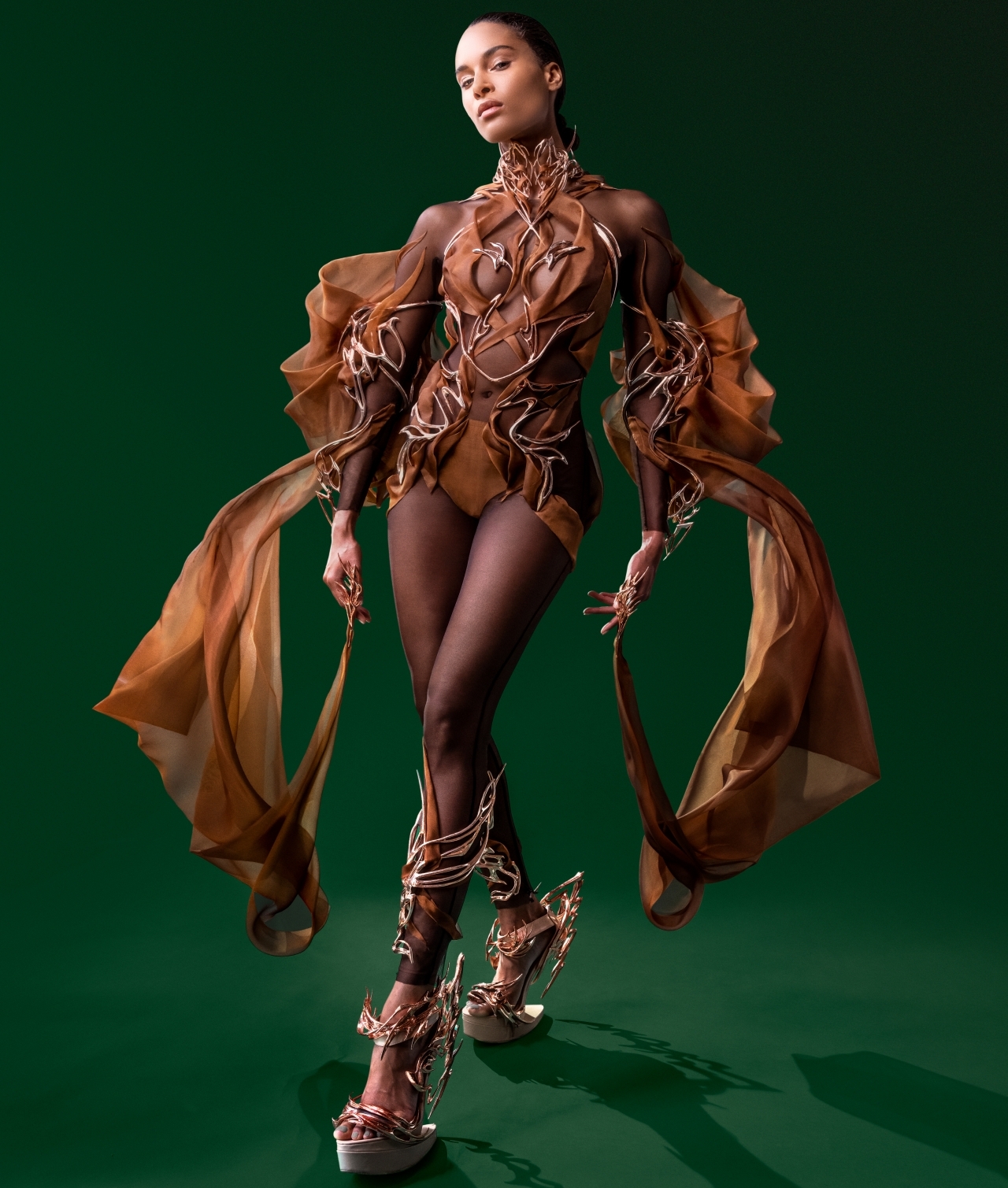 Haute couture luminary Iris van Herpen is known in the industry for two things. The first is her signature use of lines, contours, and forms inspired by or even mimicking the movement of plants. This dress that debuted at the Paris Couture Fashion Week definitely conjures up ideas of elegance and magnificence. The rich brown fabric looks as if it is flowing and unfurling with a gentle breeze, while the copper-coated embellishments are reminiscent of vines and plants and embrace trees and give them a sense of eerie majesty. 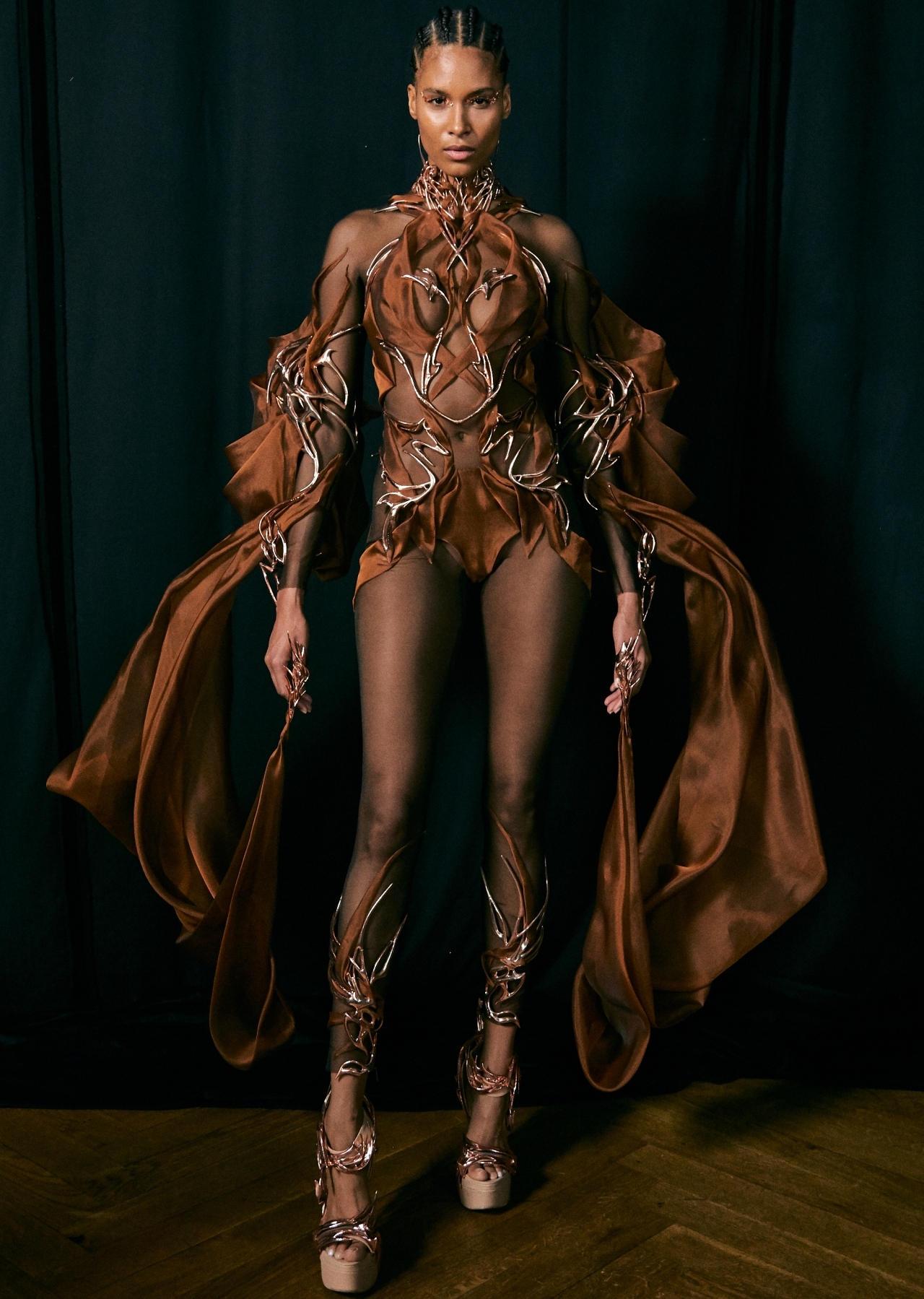 Van Herpen is also famed for her forward-thinking creativity, pushing the boundaries of what’s possible in the fashion world with the help of technology. While 3D printing is becoming more accepted even in the fashion world, Van Herpen embraces it wholeheartedly to make the impossible possible, like, for example, using organic material and literally weaving them into her dresses. As you might have suspected by now, this particular dress uses cacao bean husks that end up becoming those intricate and delicate embellishments that give the Vegan Dress its unique character. 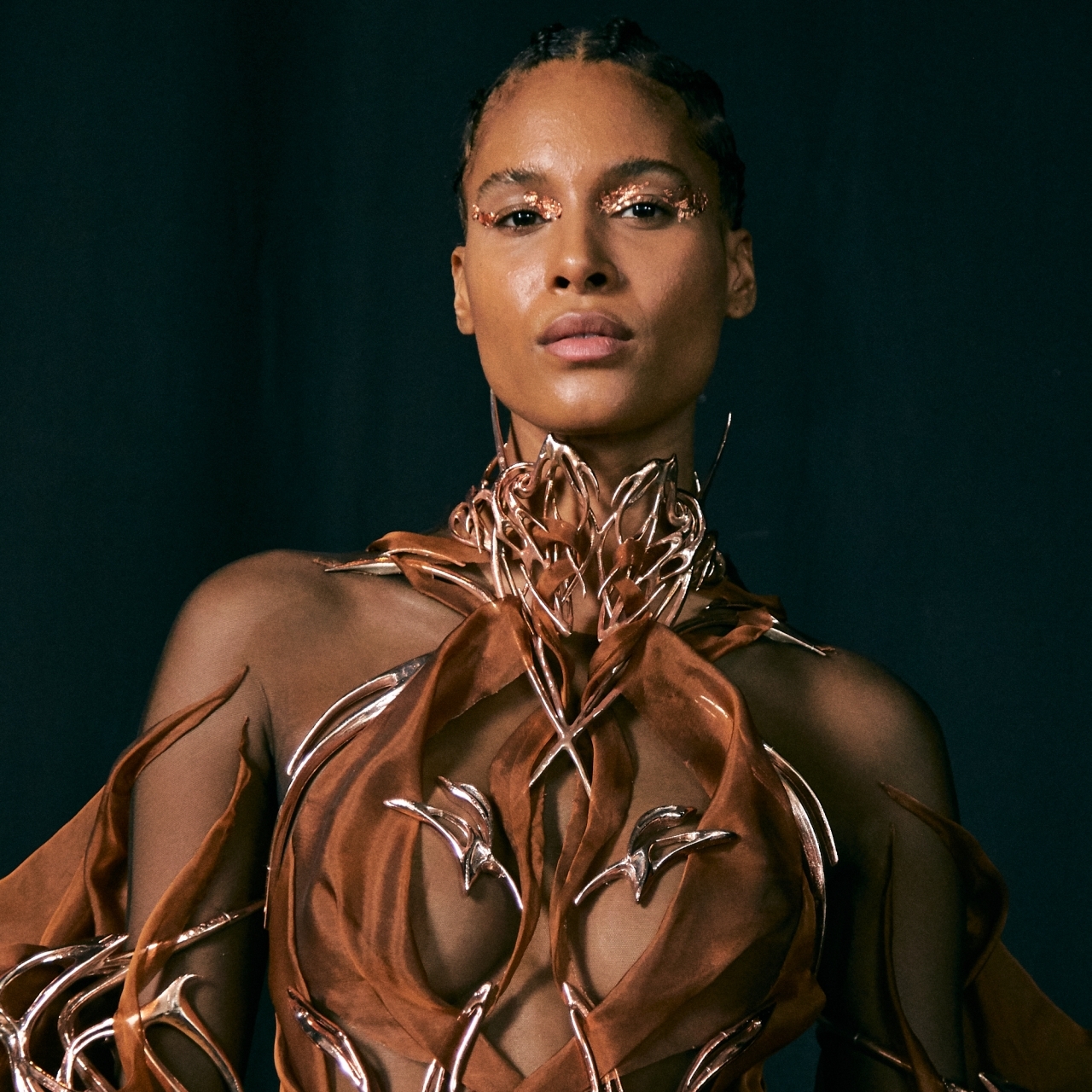 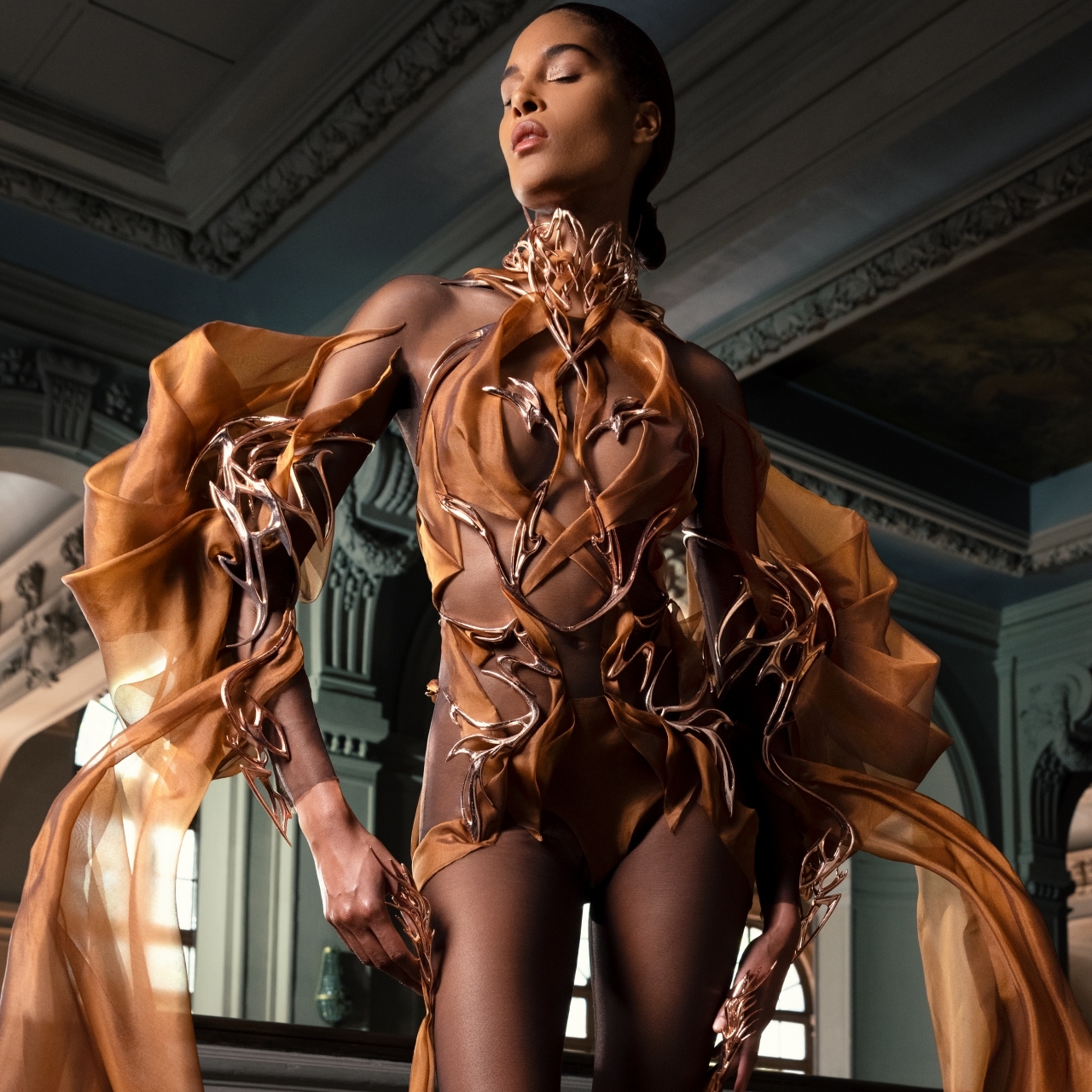 The haute couture vegan dress was commissioned by Magnum, the famed ice cream brand that has been pushing its vegan line of sweet treats into the limelight. As one of the world’s biggest users of cacao beans, the company has been looking for ways to reduce its negative impact on the environment and support a more sustainable, circular economy, particularly in the fashion industry that often produces so many wasted materials. Like turning those unusable husks into fashion items, for example. 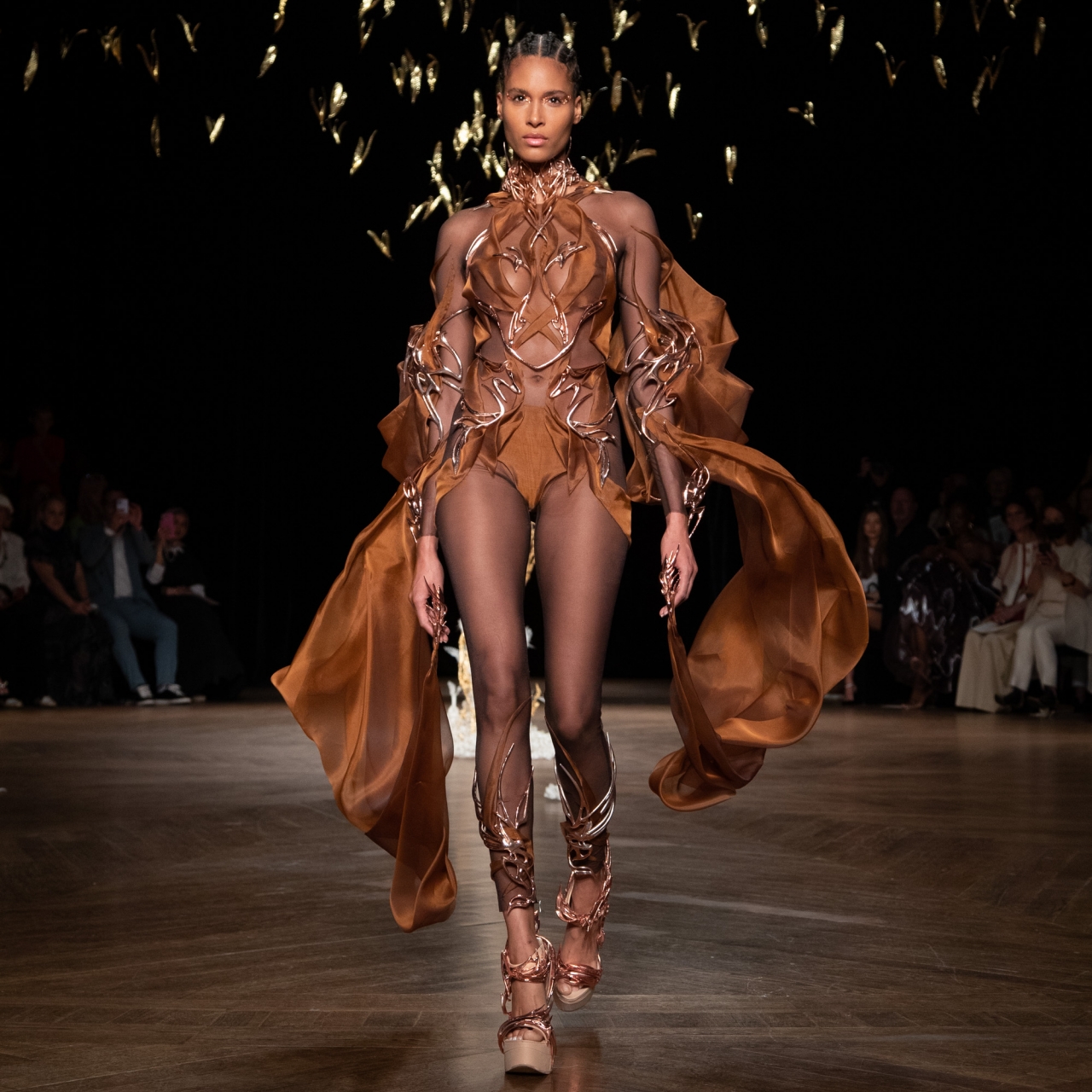 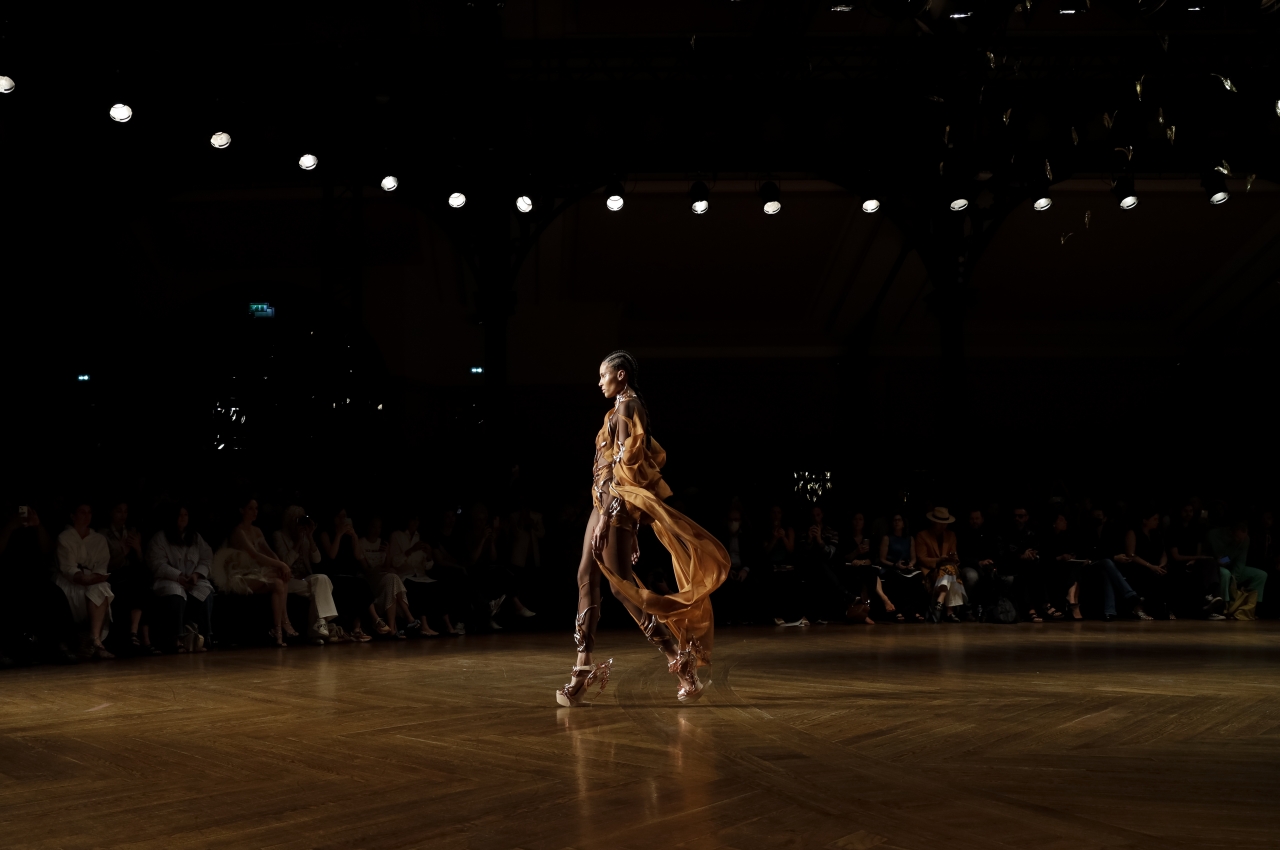 In this particular case, the cocoa bean pods are transformed into a biopolymer material that is fit for 3D printing into different forms. Of course, printing a solid object is one thing, but turning it into something exquisitely luxurious requires more than just technical know-how and 3D printers. It requires a delicate touch and an exacting eye like that of Van Herpen, ensuring that the vision of a sustainable future for fashion is easily translated from the sketch to the catwalk. 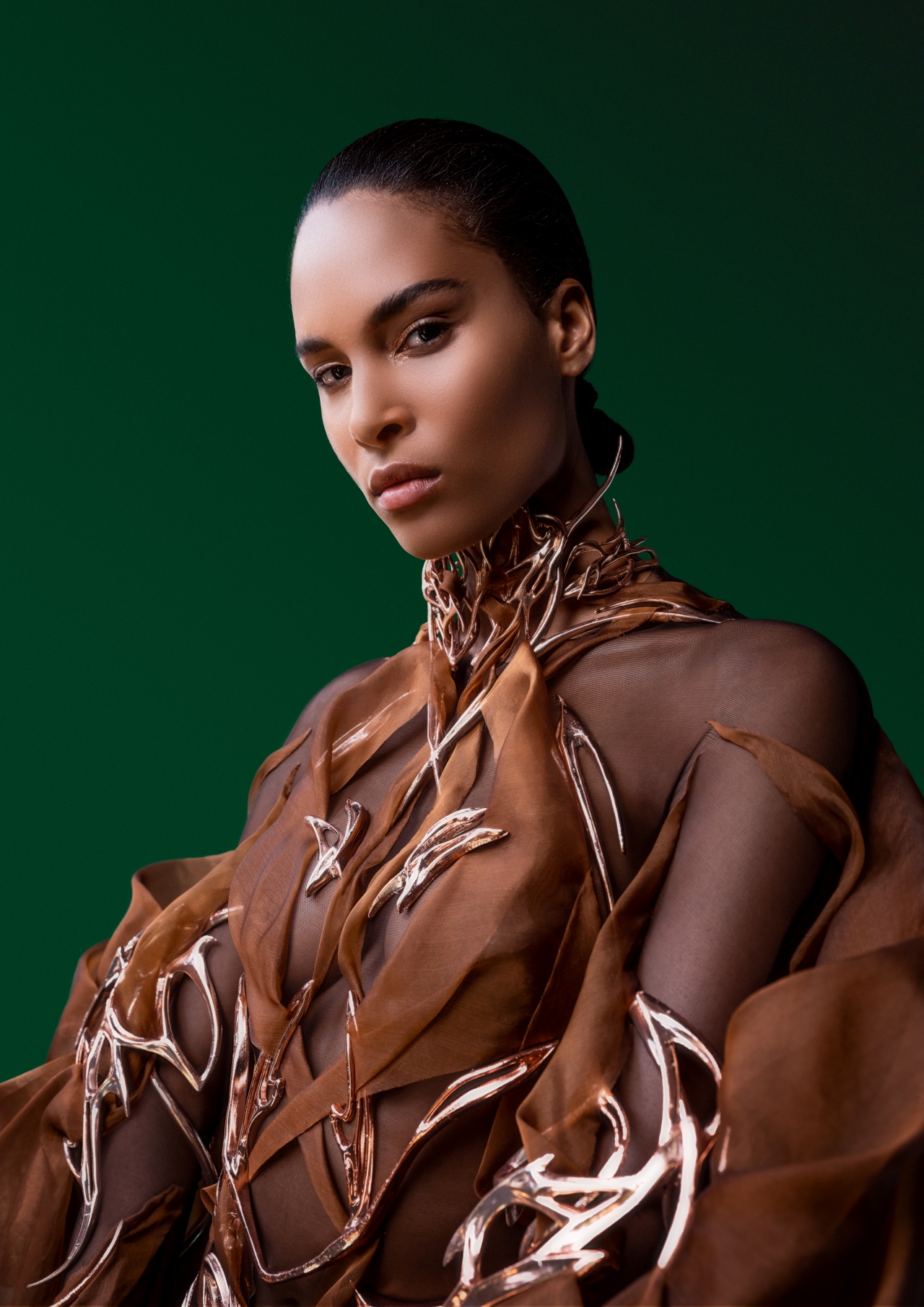 For its part, the Magnum Haute Couture Vegan Dress is just the first step in the brand’s newfound mission to create circularity in fashion. It is also partnering with the University of Leeds’ Institute of Textiles and Color to research more ways to create sustainable fashion from the biggest waste it generates. In the future, it might even be possible to turn these husks into the very fabrics and threads that will be used for couture creations and, just maybe, even be used for regular people’s clothes as well. 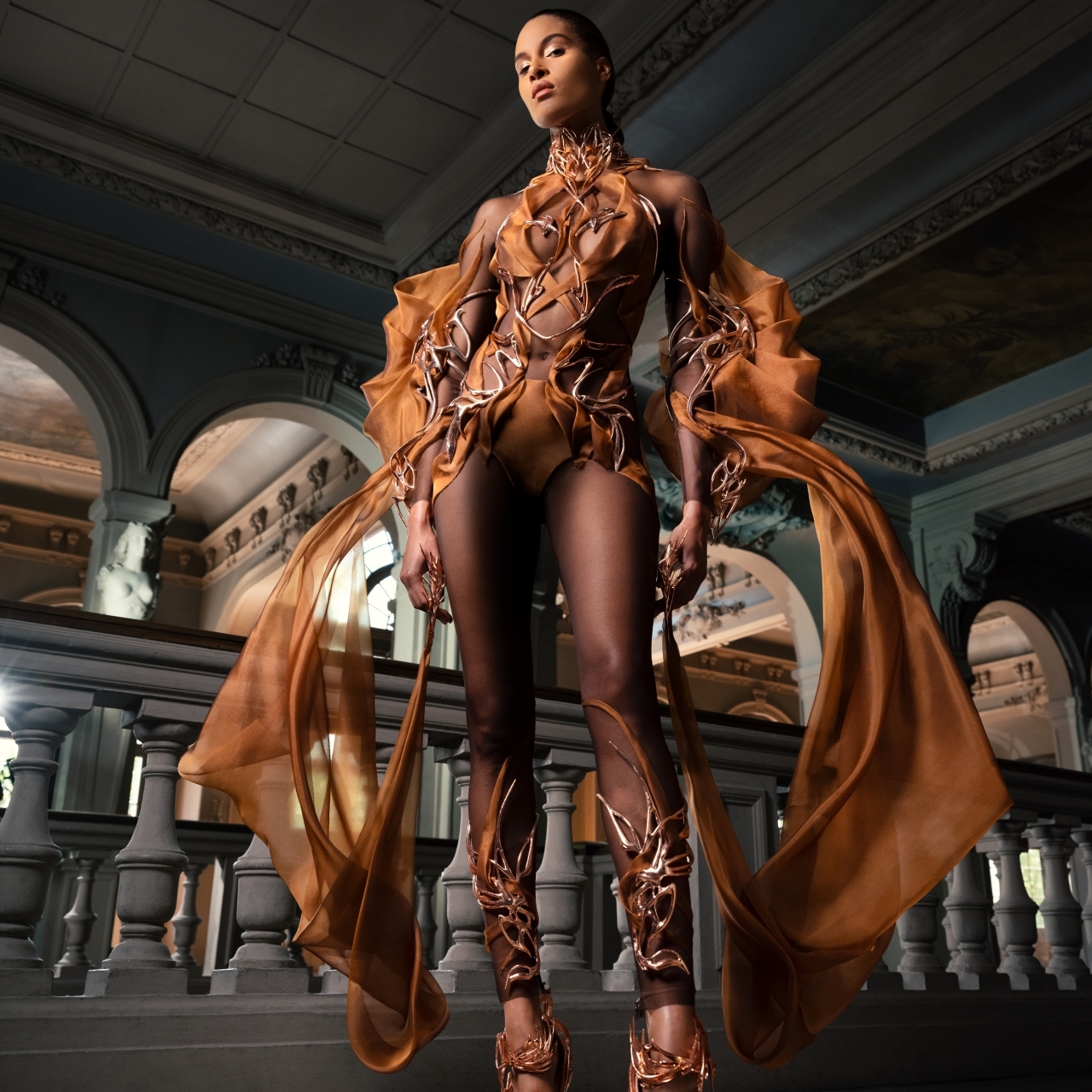 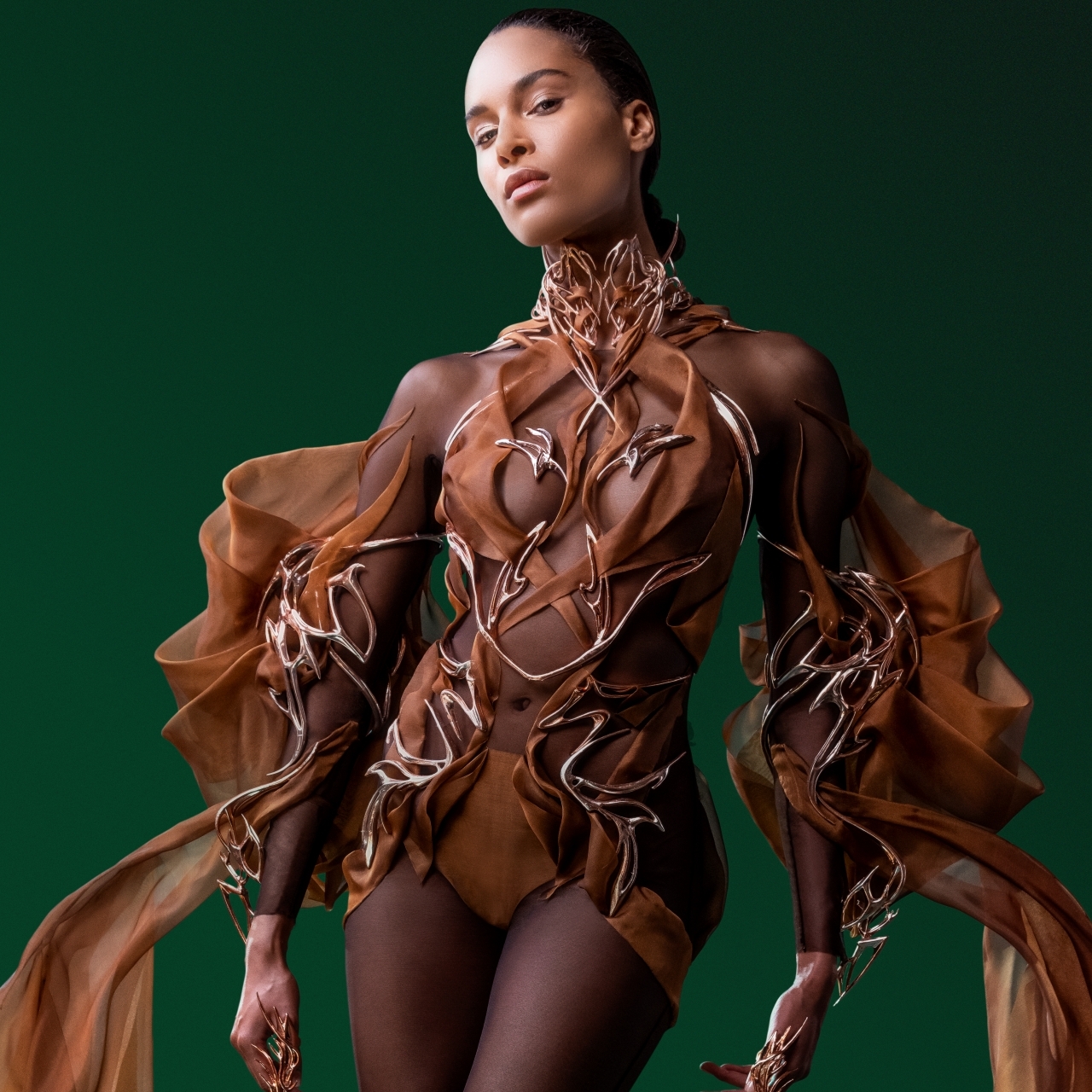