You, me, and everyone else figured that was calling it quits when founder posted on his company’s Instagram page in September 2021, neatly leading into a month later. Except that Gallery Dept. wasn’t shutting down. It’s still going.

It’s all quite confusing, so here’s what happened.

The goodbye letter followed a “going out of business” sale held on Gallery Dept.’s website, with leftover stock presumably being purged at prices that didn’t really reflect the usual overstock liquidation you see when a company calls it quits. But, still, Gallery Dept. wouldn’t be a luxury brand if it was affordable.

Thomas’ letter, which came next, sounded pretty final. “I truly appreciate your business and support,” he said. “I am choosing to continue the practice of being an artist and withdraw myself from the fashion industry.”

Then, launched on Instagram, even though it was never quite clear what it was, exactly. The account has since gone private again but it appeared to be an event/gallery space hosted by Thomas and pals.

Thomas kept uploading imagery of his Chateau Josué merch on his own Instagram page — which is, confusingly, titled “CHATEAU JOSUE” — until February, when he posted a large photo collage with “IN LOVING MEMORY” text on the bottom that implied Gallery Dept. had a death date of February 4, 2022.

That’s pretty weird, because you’d have thought that Gallery Dept. was shutting down back in September, when Thomas, the most visible face of the brand, announced its end.

Whatever, that’s fine, I can sympathize with a long goodbye.

But then, a month later, Thomas announced … suggesting that Gallery Dept. would continue.

This summer, Thomas announced the second Gallery Dept. flagship, which just opened its doors in Miami mere weeks ago in June.

Plus, Gallery Dept. stockists like are still receiving new shipments of product and you can buy plenty of new shirts, jackets, and jeans on , where even Chateau Josué merch is available for four-figure sums.

What’s the deal? Highsnobiety reached out to Gallery Dept. for comment but, frankly, given the company’s track record of mostly keeping to itself, I don’t expect much clarification.

I suppose it’s simply safe to say that it’s the same as it ever was as far as Gallery Dept. is concerned, which only makes the dramatic farewell messages that much more confusing. But, if are still selling, why stop now? 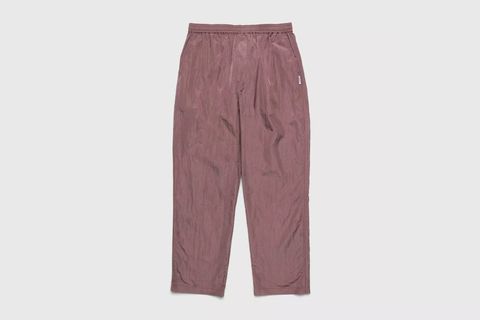