Eighties heavy metal rock band Metallica has been enjoying another renaissance thanks to its music being featured in Netflix’s Stranger Things. But for real fans of the band, they never really went away and they have been enjoying their music all this time. For die-hard fans, any memorabilia or Metallica-themed gadgets will be most welcome. And if you have enough money, you’d probably want to have a piece of this Metallica limited edition turntable. 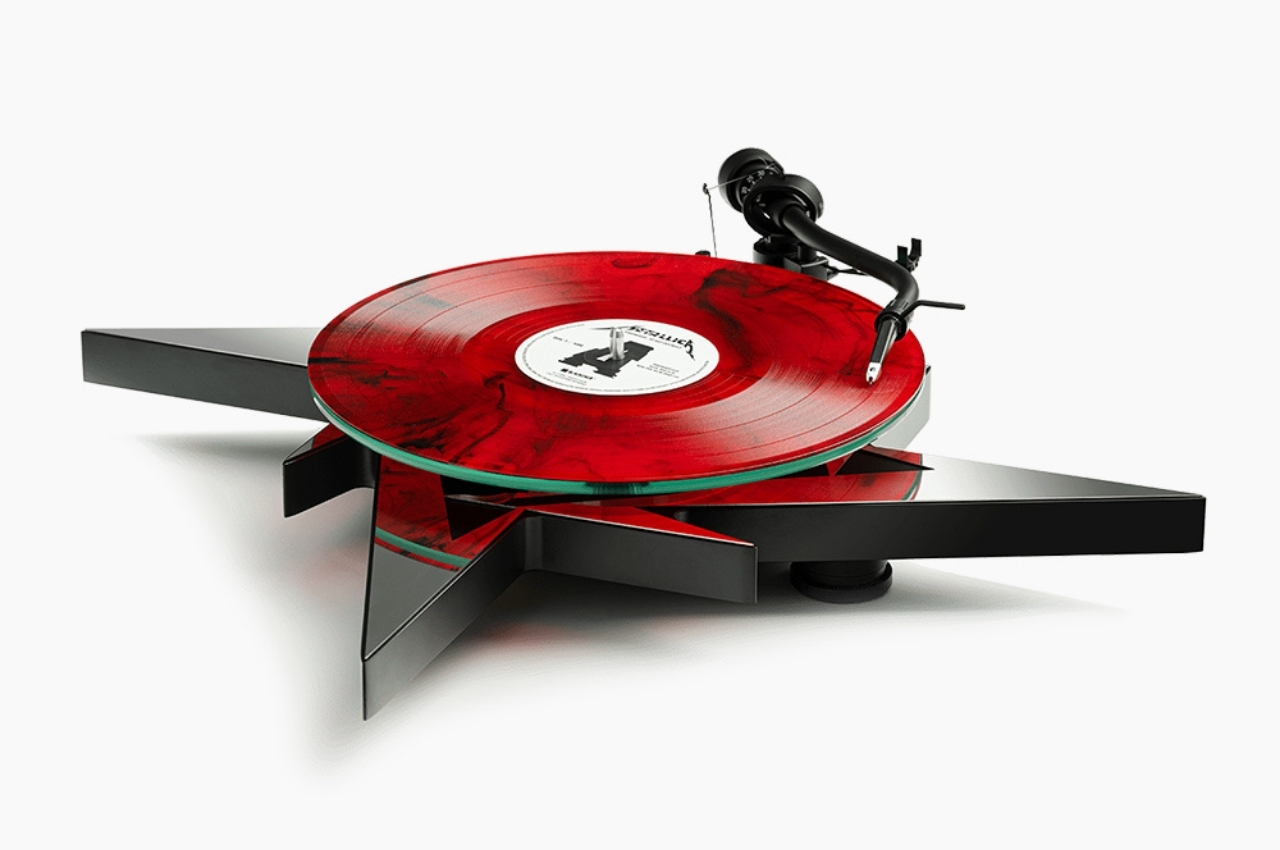 The Austrian audiophile company partnered with the band, who have been long-time users of Pro-Ject audio products, to come up with a Metallica-themed turntable. What we get is a handmade device using the band’s Star logo as the base with a big MDF plinth. On top you have a heavy glass platter on top of an aluminum sub-platter, and with a mirror-finished metal top. You get an S-shaped aluminum tonearm to complete the look for this limited edition turntable. 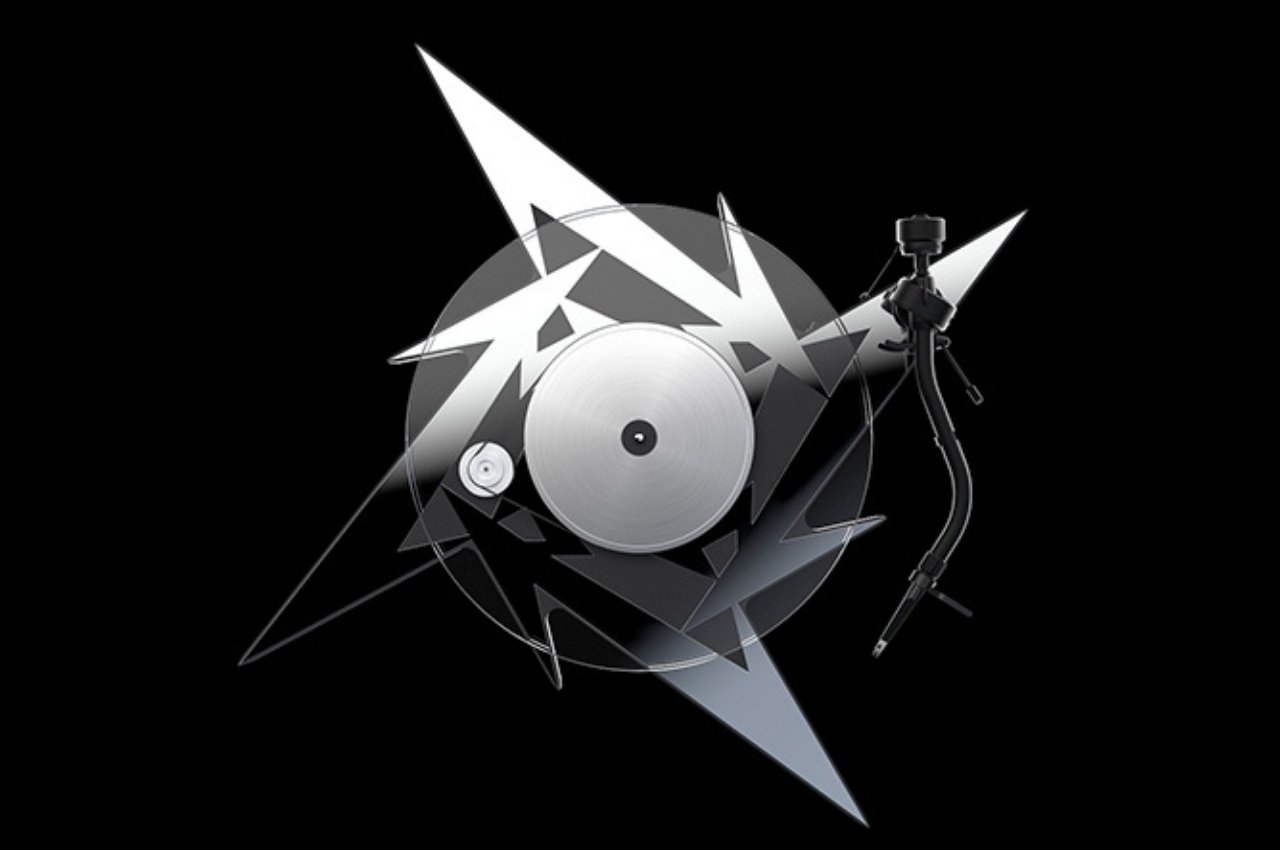 The device has a pre-adjusted Pick it S2 C cartridge when it arrives out of the box. Both the tracking force and anti-skating are adjustable. The heavy metal themed turntable looks pretty heavy with its metal drive-pulley, aluminum feet that can be adjusted, gold-plated RCA connectors, and semi-symmetrical phono cable with integrated grounding wire. A belt-driven motor setup with electronic speed control is the thing that powers the entire hifi-grade turntable. 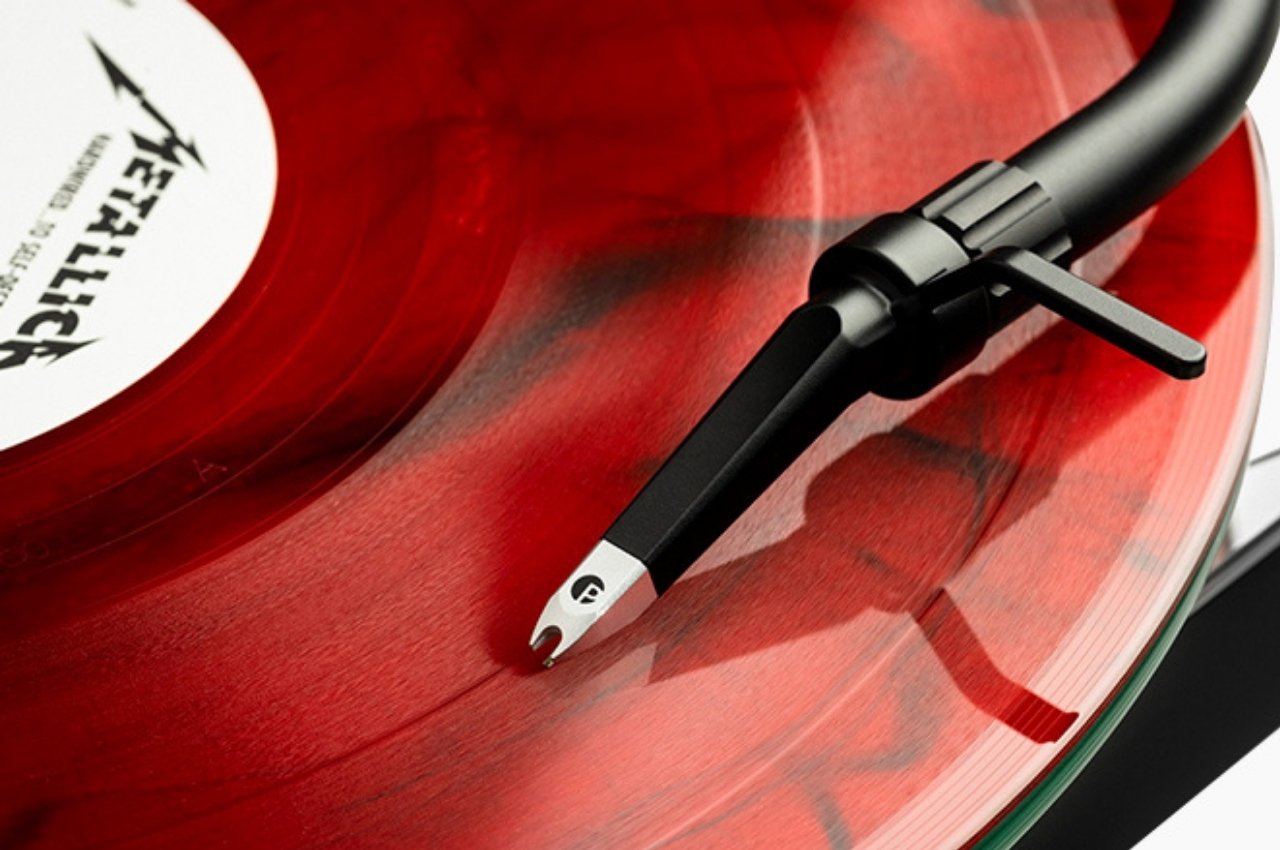 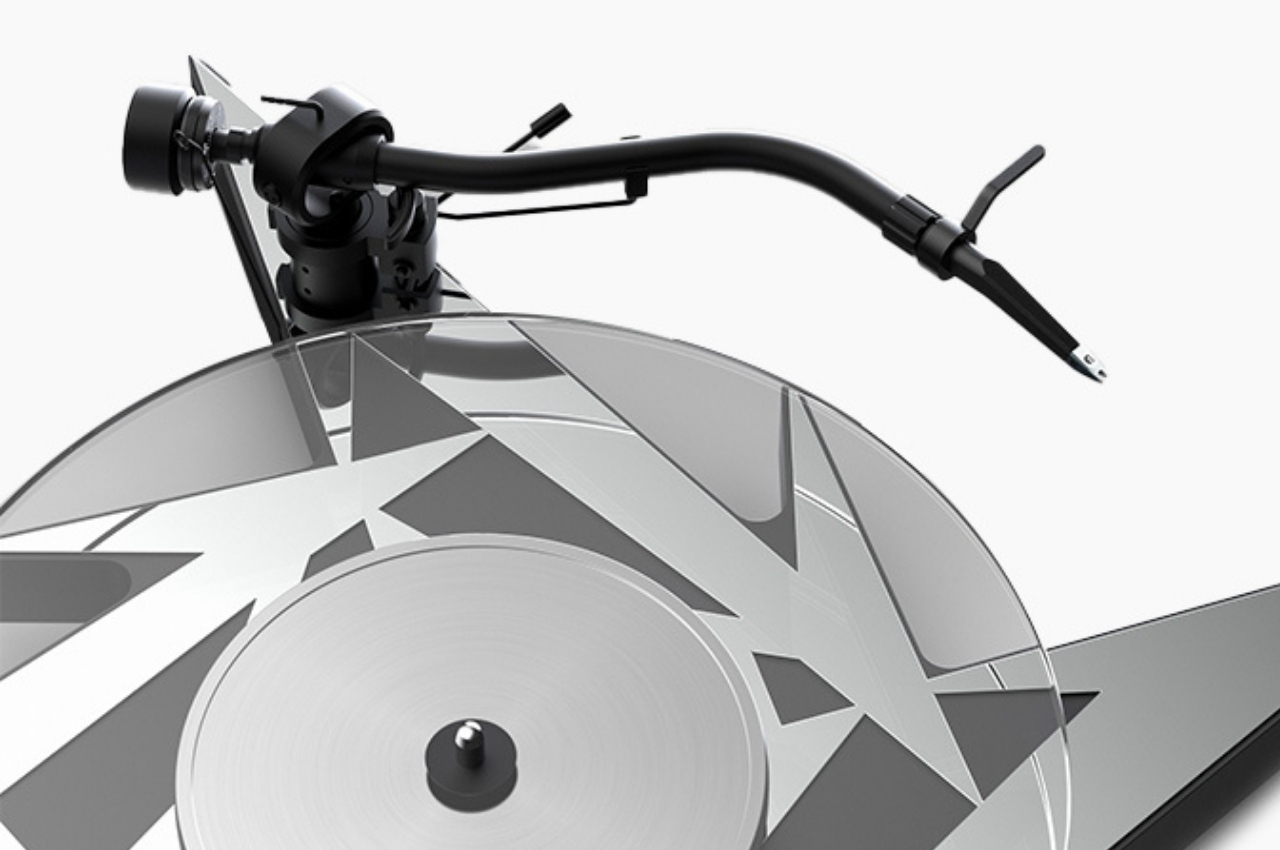 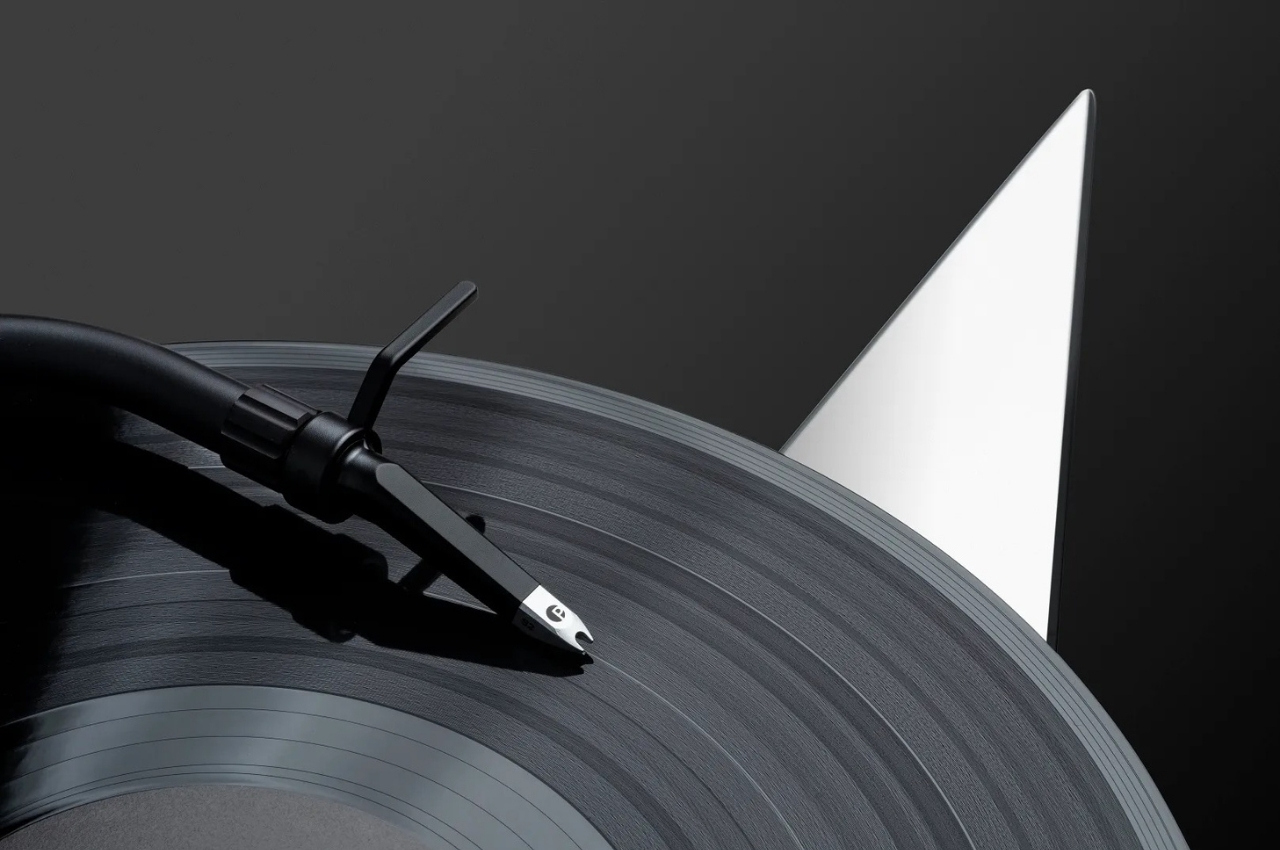 If you’re not a fan of Metallica, then the ninja star themed design will probably be something cool but not meaningful. If you’re familiar with the brand then you know that this will be a high-quality kind of turntable. But with its $1,599 price tag, it’s safe to say that die-hard Metallica fans with the money to spare will be the ones to get this limited-edition device. 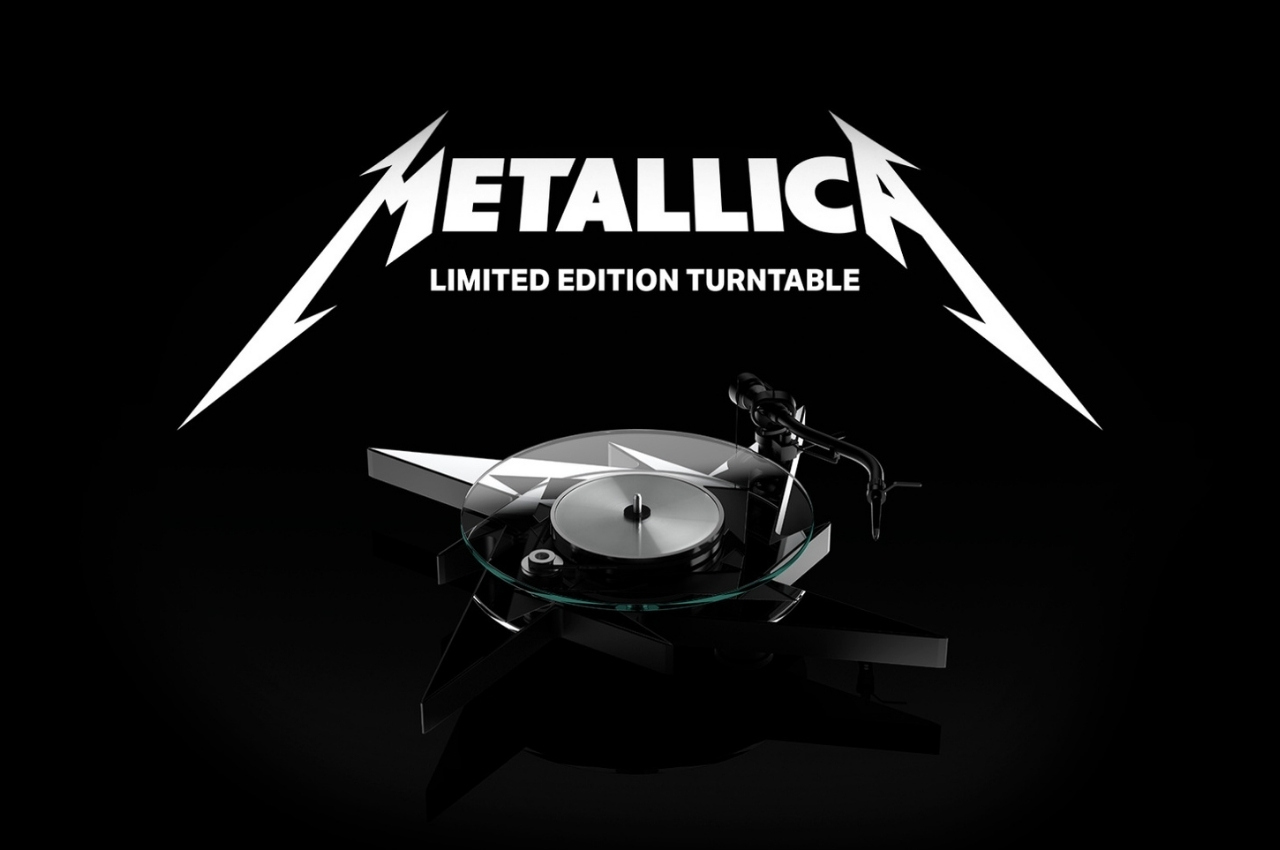