Visit the to see all 60 images from this gallery.

NIGO’s brief, tenure at KENZO has already made it abundantly clear that the Human Made founder is doing KENZO his way. That means old-school Americana filtered through NIGO’s lens, but not without an acknowledgement of house founder Kenzo Takada.

But it wasn’t just the ’80s that NIGO drew from; he also channeled the late ’60s, a very personal time for the Japanese designer (NIGO was born in 1970 and never stopped looking back).

As the 1966 Quartet covered Beatles songs in the backgrounds, models showed off NIGO’s vision of flower power by way of retro workwear. A little country, a little rock ‘n roll.

Moving back home, though, NIGO also directly nods to Japanese workwear. Look to KENZO’s enormous, hakama-style trousers, for instance — Japanese workers have this silhouette for generations.

A lot of stuff we’ve seen at NIGO’s was reinterpreted for Fall/Winter 2023, like the noragi-inspired jackets and relaxed tailoring, but there’s an additional emphasis on textile craft by way of fil coupé weave, jacquard prints, crochet.

One is quintessential retro chunk and the other is a technical runner with actual performance capabilities. Not that these are actually designed for joggers, of course, but really are just indicative of the far-reaching inspirations NIGO’s imbuing into KENZO.

Beatles-era mods, ’80s Kenzo Takada denim, ’90s normcore: it’s all within NIGO’s purview, though it does feel like KENZO’s creative director is really pushing himself to innovate.

After all, he could’ve reiterated the KENZO tiger, some denim jeans, and called it a day. Instead, we got a genre-hopping multihyphenate collection bursting with ideas. Don’t think it isn’t appreciated. 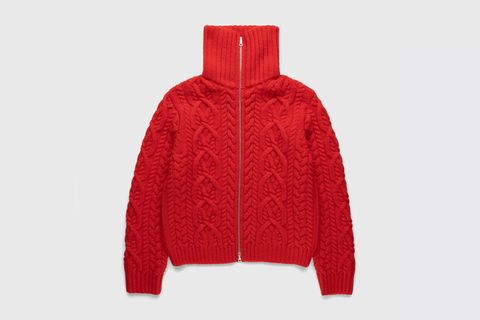