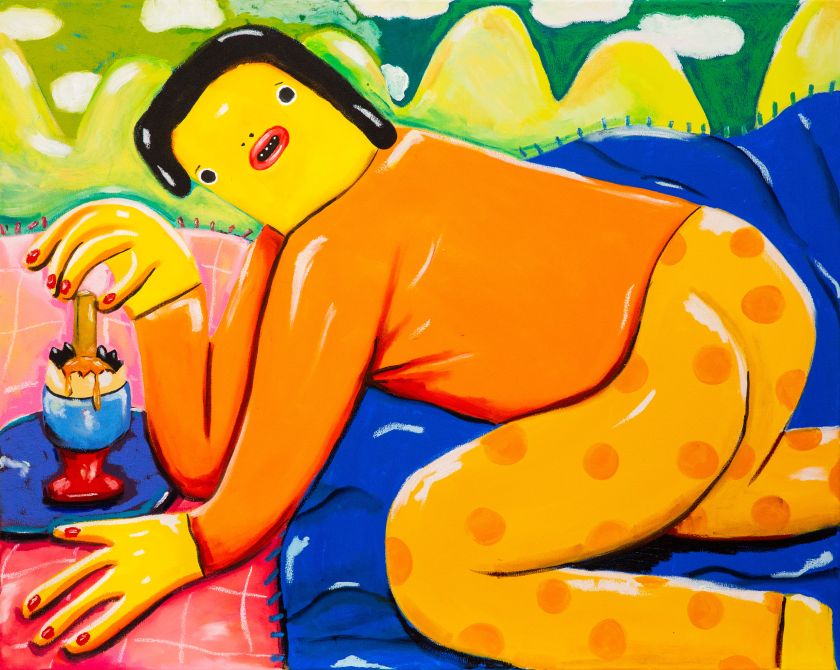 Munich-based painter is instantly recognisable thanks to her vibrant paintings, which depict some of the more hedonistic aspects of human nature. Now, if you live in the capital, you’ll be able to get up close and personal with her masterpieces as they come to .

Running from 4 August until 28 August 2022, Nina’s exhibition at Moosey London represents the first time she has presented a solo show in London. As an illustrator and graphic designer, Nina gained a Bachelor of Arts in Design at the University of Applied Sciences Munich in 2016. Since then, she has honed her colourful style, which shows “ecstatic emotional states and eccentric physicality.”

In her paintings, we see vibrant yellow figures indulge in excess in various ways and watch as they flit between the boundaries of banality and absurdity. Eventually, even the lines between honesty and vanity blur completely until the viewers are no longer sure whether they are experiencing pleasure or discomfort. 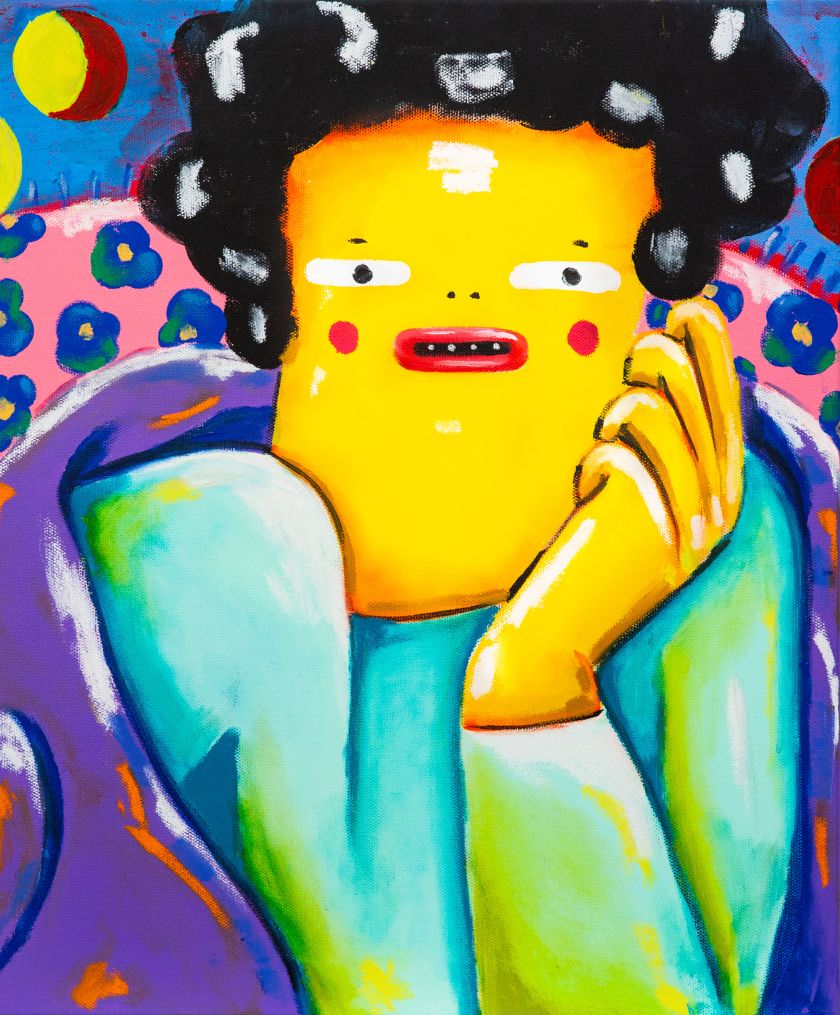 “In us, there is a wellspring of hedonism, the little voice telling us that it won’t hurt to have just one more,” says Nina. “Most of us know what it’s like to ‘let go’ in the heat of a moment, and most of us know intimately the highs that come with it. But we also know that no high can last. The higher we go, the harder we fall – an unsettling truth.”

By using bright, garish colours, often picked out with acrylic paints and oil sticks on canvas, Nina does not simply aim to shock. Instead, her work is more of a visual feast that viewers are free to gorge on and then reflect on their own place in the scenes they see before them.

She explains: “In our daily life, we are confronted with pressure, pain and bad world affairs. One of our strategies is to get out of mental overload by immersing into phantasies, daydreams and positive memories to escape from reality.” 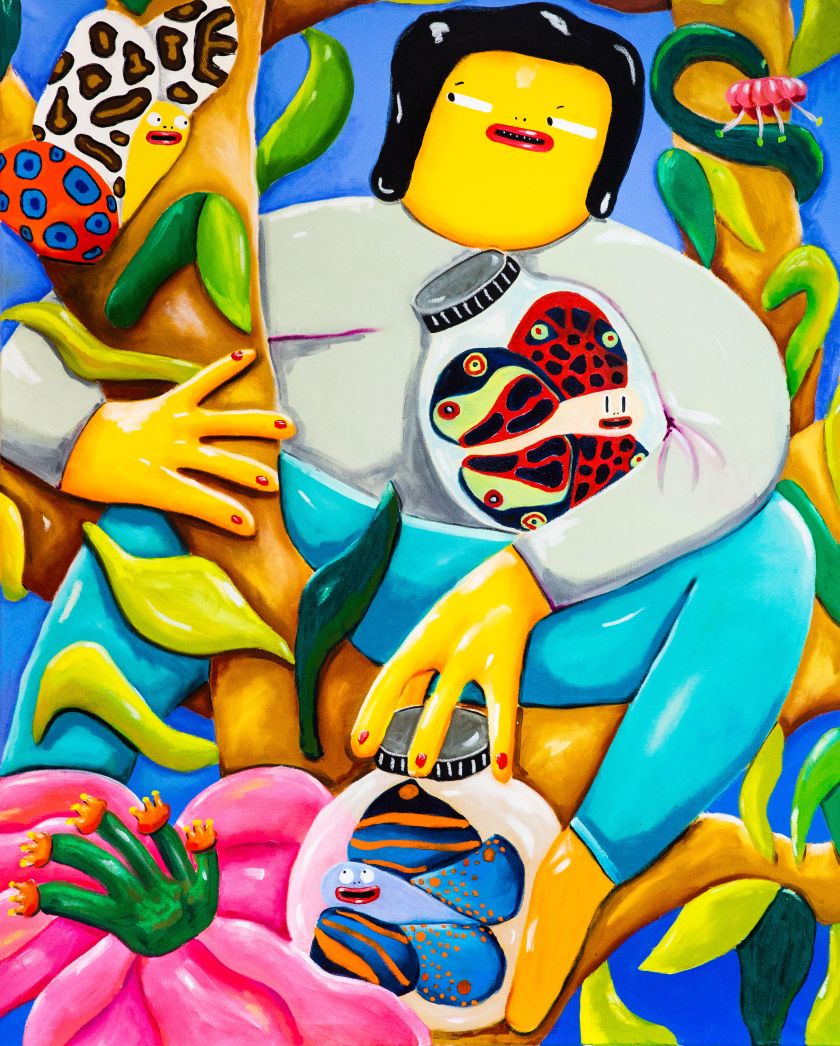 And don’t let her subjects’ joyous colours and euphoric faces fool you. While Nina might paint sometimes genderless people in a state of intoxication or arousal, there’s more going on beneath the surface. Look closely, and you’ll spot anxious grimaces on their faces as they become aware that these states of joy cannot last forever.

This duality is what draws people into Nina’s beloved work. Perhaps they can even see themselves reflected in the people who inhabit her paintings as they receive a “tenuous pleasure” from her creations. Either way, don’t miss this rare chance to feast on Nina’s work with your own eyes. Make sure you visit Mooney London this month.