Output rebrands Cuckoo to ruffle feathers in the broadband market 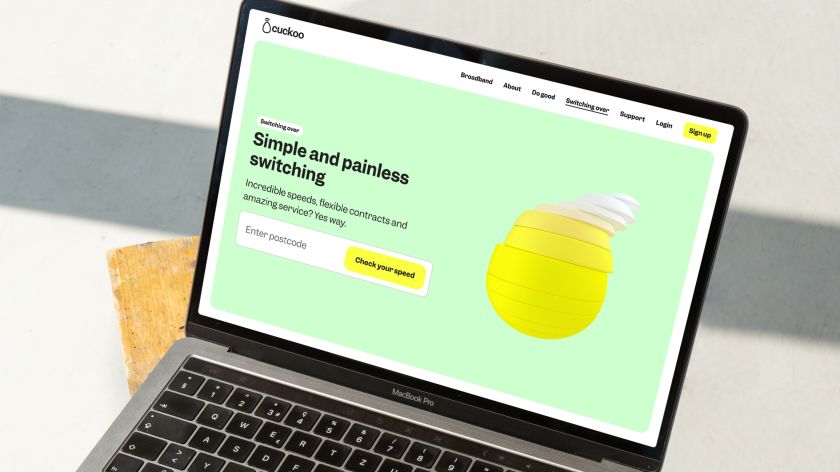 Brand and digital design agency has collaborated with internet service provider to create a new visual identity that allows it to compete with the biggest companies in the industry. Promising to deliver ‘feel-good’ broadband, is Cuckoo about to ruffle feathers with its new look and ethos?

Cuckoo is no stranger to shaking things up in the world of broadband. The company – launched in 2020 by founders Alexander Fitzgerald, Tommy Toner and Daniel McClure – hit the ground running with a single deal and one-month rolling contract. Since then, it’s been ranked as the UK’s best broadband for customer service by Money Saving Expert in 2021 and 2022, thanks to its promise to get any customer in the country online within 24 hours.

With its star rising, Cuckoo decided the time was right to usher in a new brand which highlighted its mission statements and put it on par with the other biggest broadband utility companies in the UK. And to do that, they turned to specialist branding agency Output. Factor in that the broadband market is seen as the UK’s fourth utility and that other telecom companies are struggling to keep up, and a repositioning and brand refresh couldn’t come at a better time.

“We’re taking on a stodgy and slow-moving sector,” says Cuckoo Co-Founder & CEO Alexander Fitzgerald. “The winds of change are blowing in telecoms. For too long has the consumer been forgotten. Building a brand that can stand toe-to-toe with the big incumbents and surpass them into a true, industry-defining business is what we’re about.

“Brand matters. It touches everything we do. Brand is as much the look and feel of our ads as the service our team provides on the phone. Everything Cuckoo touches matters to us.”

This emphasis on customer experience is what sets Cuckoo apart from its competitors. If you’ve ever been waiting on the phone for hours to speak to a person instead of a robot, you’ll understand how frustrating it can be to deal with other internet providers. Not so with Cuckoo. The company revolves around a central idea birthed during the rebrand: If broadband starts good, stays good and does good – why shouldn’t it feel good? 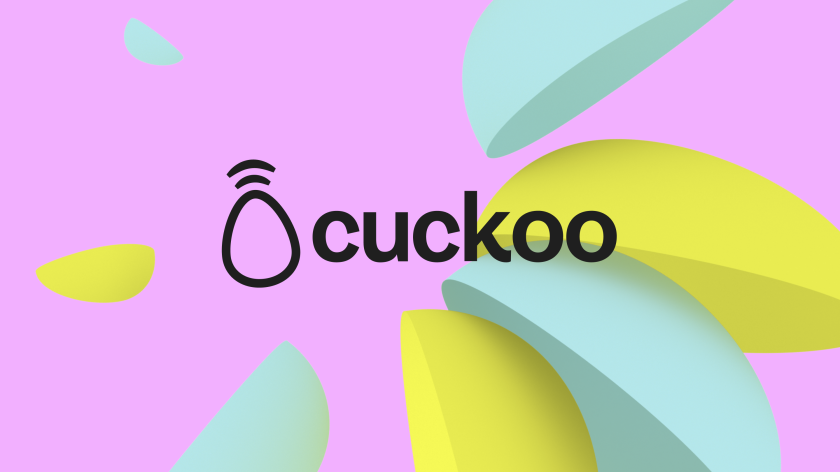 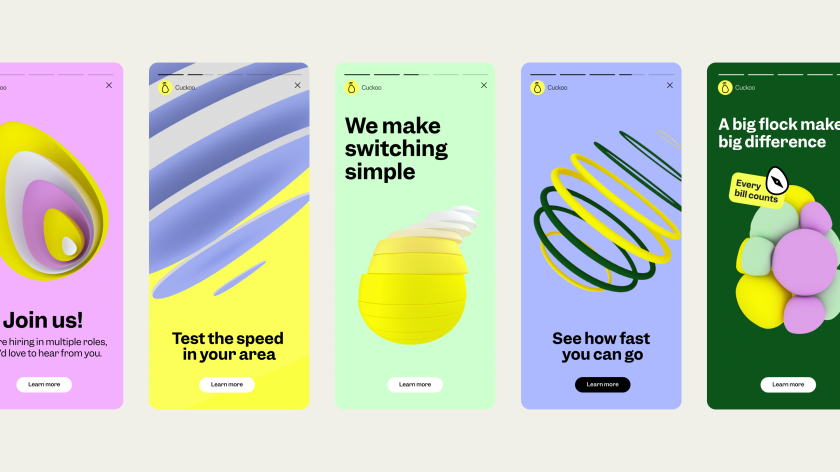 Alongside this idea, Output helped Cuckoo to develop three traits that define the brand’s character. These include the words ‘trailblazing, spirited and genuine’, which both parties agree are central to the Cuckoo experience. In turn, they guided the creation of “adaptive visual worlds”, which cover every type of interaction across Cuckoo’s touchpoints. That means that no matter how you’re getting in touch with Cuckoo or how Cuckoo is reaching out to its customers, the brand will remain pioneering and consistent.

“In a category bogged down by talking about speed and performance, Cuckoo’s difference is the experience they give customers and the way they invest the profit in making the world more connected,” explains Output Creative Director Johanna Drewe.

“We always talk about the power of true collaboration, and this project shows why. Cuckoo’s leadership team bought into our process, and we pushed each other to be bold at every step. Their internal design & product team built on our work, with shared retrospectives offering the chance to review and refine each aspect. The result is a robust and cohesive design system that Cuckoo can use to power on and lead the sector.” 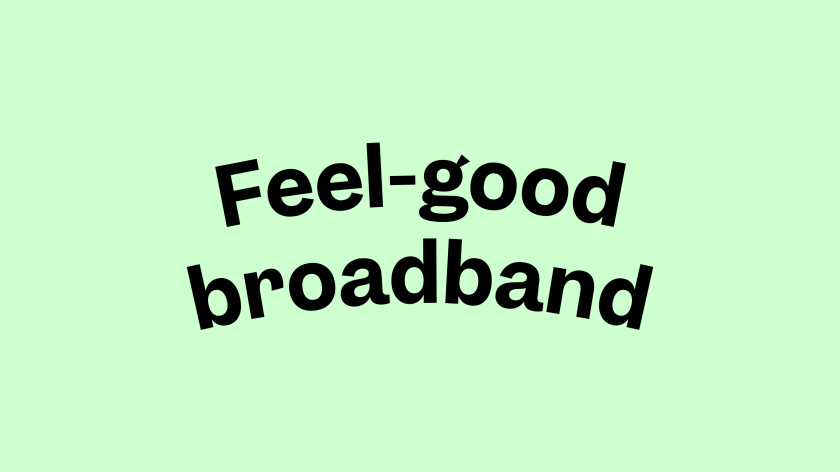 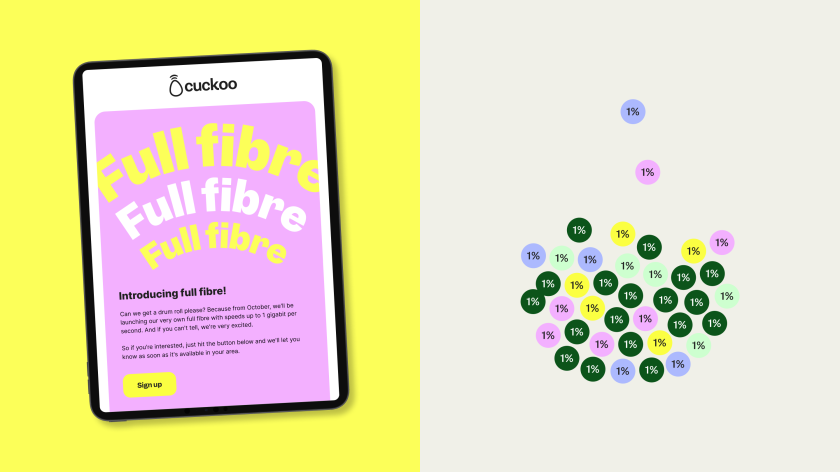 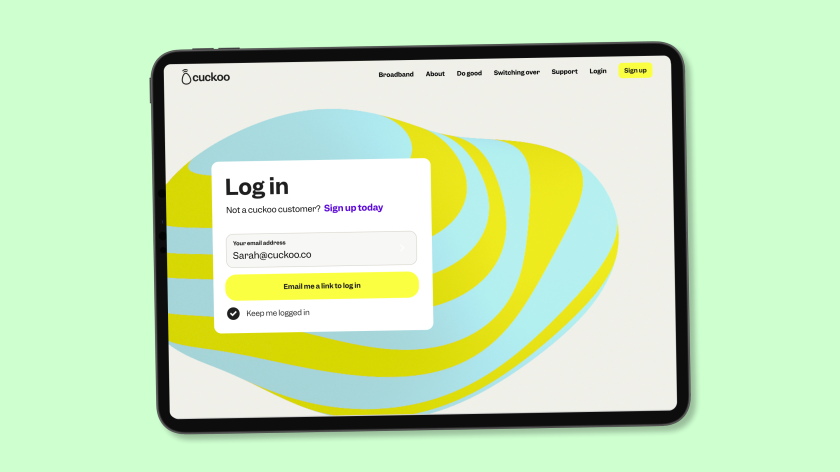 Created in close collaboration between Output and Cuckoo, the rebrand is the product of teams working in sprints to bring the brand and design system to life. Real-time feedback and reverse retrospectives proved the worth of Output’s ‘break it to make it’ philosophy, and the final result is a cohesive identity which positions Cuckoo as a leading name in the sector.

Tommy Toner, Cuckoo Co-Founder & VP of Product, says: “For Cuckoo, brand and user experience are two sides of the same coin. As a challenger in a stale and contested space full of legacy incumbents, brand is one of our key differentiators.

“Investing in our design system early like this allowed us to avoid ‘tech debt’ on consumer-facing artefacts, removing the need to rebuild many website components later on. We believed it would set a strong foundation for the brand and product to build upon.

“We feel so excited to show the world what Cuckoo Broadband really is. The reception of the brand from our team, customers and investors has been incredible. We now have the tools and foundations to set us up for scale, positioning us as a distinctive player in the global telecoms space.”