is the birthplace of many a professional trend. There’s the and the . Even the on the social media app.

In the same vein, a new occupational fad has emerged thanks to TikTok, once again shaping professional trajectories and influencing the younger workforce in particular: rage applying. Its meaning is somewhat unmistakable. Rage applying is the process of angrily sending out your CV to a bunch of open positions with higher salaries and better perks than the job you currently hold.

This trend fits into a larger movement, that of people becoming and seeking happier environments through which a living can be earned. 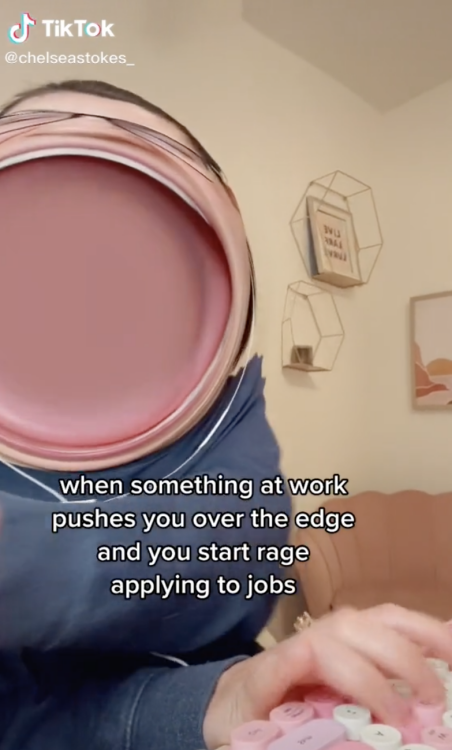 On TikTok, rage applying is being popularized as an alternative to — the workplace trend encouraging people to do the bare minimum at work without outright resigning. Rage applying appears to be a sort of evolution of this practice, a next (but not completely committal) step in configuring what you’re worth and making sure your job reflects this value, without leaving yourself completely without an income.

In a video, TikTokker , “I got mad at work and rage applied to like 15 jobs and then I got a job that gave me a $25,000 raise and it’s a great place to work. So keep rage applying. It’ll happen.” In another, creator , “Today was another boring day at work. I spent half of it rage applying again.”

TikTok has made the concept of rage applying funny, as it so often does with trends, but rage applying does imply a widespread and deep dissatisfaction with jobs, one that appears to have resulted in altogether exits from employees. While some buzzwords that emerge from TikTok are just that and nothing more, rage applying seems to be a realistic occurrence. Of course, the concept itself, of suddenly applying for a new job in a moment of discontent, existed before the term was even coined but it’s a habit many are dipping into now more than ever.

Rage applying shouldn’t come as much of a surprise. Unlike previous professional crazes, such as the infamous that , this trend offers an alternative. It isn’t exactly a revolution against work; rather, it’s a push to find a job that suits your needs as much as possible.

According to a , an analytics and advisory company, employee engagement is stagnant worldwide, with only 21 percent of employees truly engaged in their work and 33 percent thriving in their overall wellbeing. Meanwhile, the report also states that stress among workers is at an all-time high — 44 percent of employees said they had experienced a lot of stress the previous day. In fact, according to Gallup, employees are actually more stressed than they were in 2020, the year the COVID pandemic hit and the workplace encountered a major, holistic shift.

Notably, the trend in name and practice is rage applying, not rage quitting, and Gallup found that 45 percent of employees surveyed said it was a good time to find a job. So, the practice becomes an empowering move to determine possibilities and collect advantageous information that doesn’t completely leave one without a job. 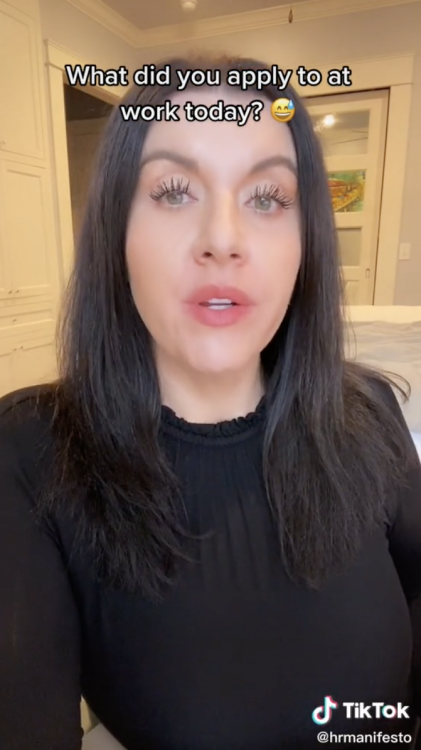 Critics of the trend, however, argue that the sentiment of rage applying — anger and negativity — are root problems that require systemic and sustainable change. TikTok career coach , “While it may feel empowering, just to spite your boss, rage applying to jobs can come back to haunt you, potentially landing you in an even worse job.” She instead recommends processing the rage in a safe space, later applying more intentionally to jobs that you desire.

Still, others say that the tactic landed them jobs with higher pay and distinctively better circumstances: comments on read, “I ended up getting a job with a 20 percent raise,” “I did this and got a job that pays me over 10k/year more,” and “That’s how I got my current job. And it changed my life for the better.”

Perhaps rage applying, then, can sow the seeds for a healthier work life. One without any rage to begin with. This underscores the Gen-Z-TikTok-fuelled ambition for work. If this generation has anything to say, it’s that work isn’t just the route to a paycheck. Happiness can fit in the picture somewhere.