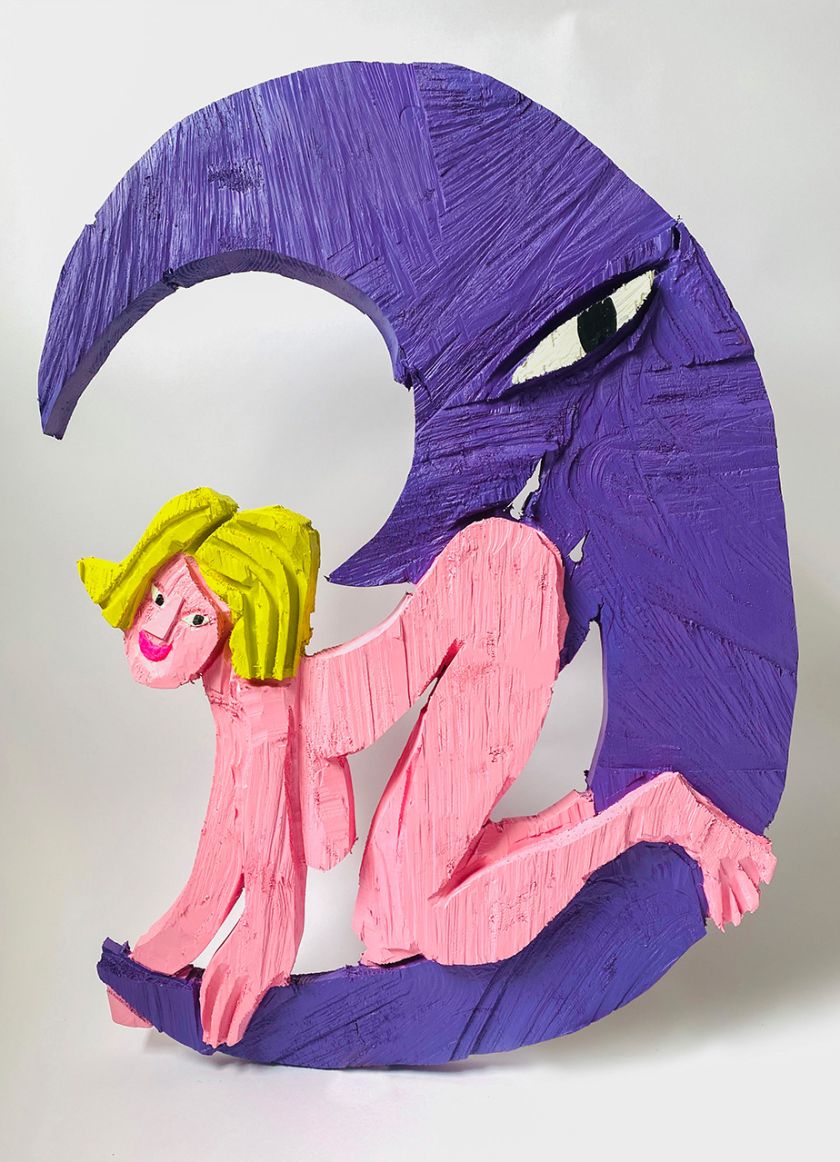 A dalmatian taking its girlfriends for a ride on a motorbike. A woman getting… personal with the moon. These are just some of the subjects in the work of artist , who brings together the grotesque and the beautiful in his effort to escape to an “artistic paradise”.

Berlin-based artist Roman Manikhin certainly knows how to use his illusion. According to some sources, he claims his true name is Leopold Steinholz. However, given that all information about his life is taken from notebooks stolen by one of his models, he advises us to treat everything we think we know about him with a degree of caution. 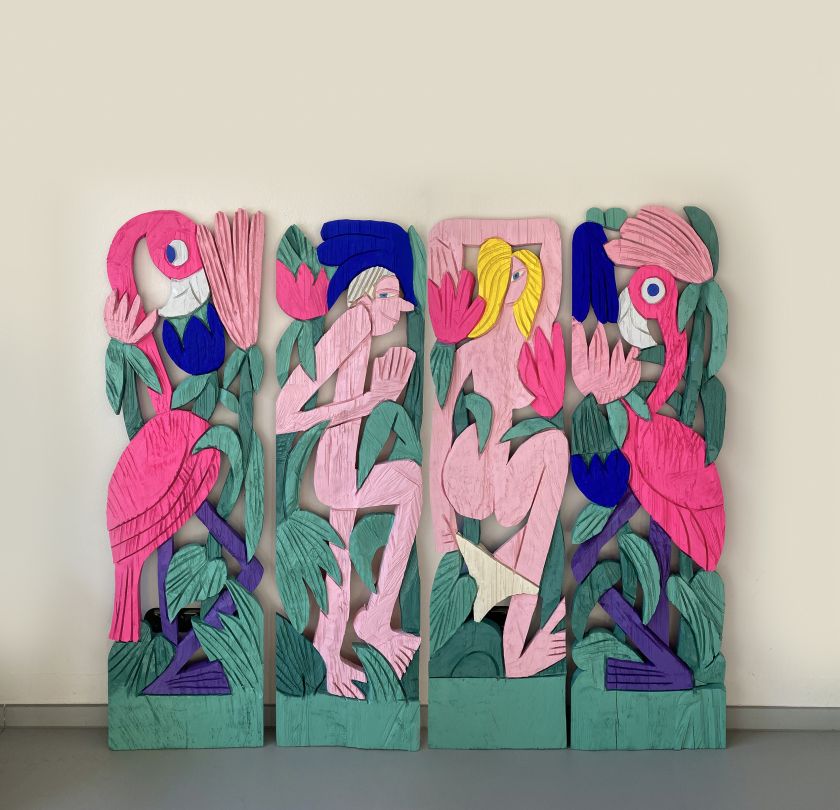 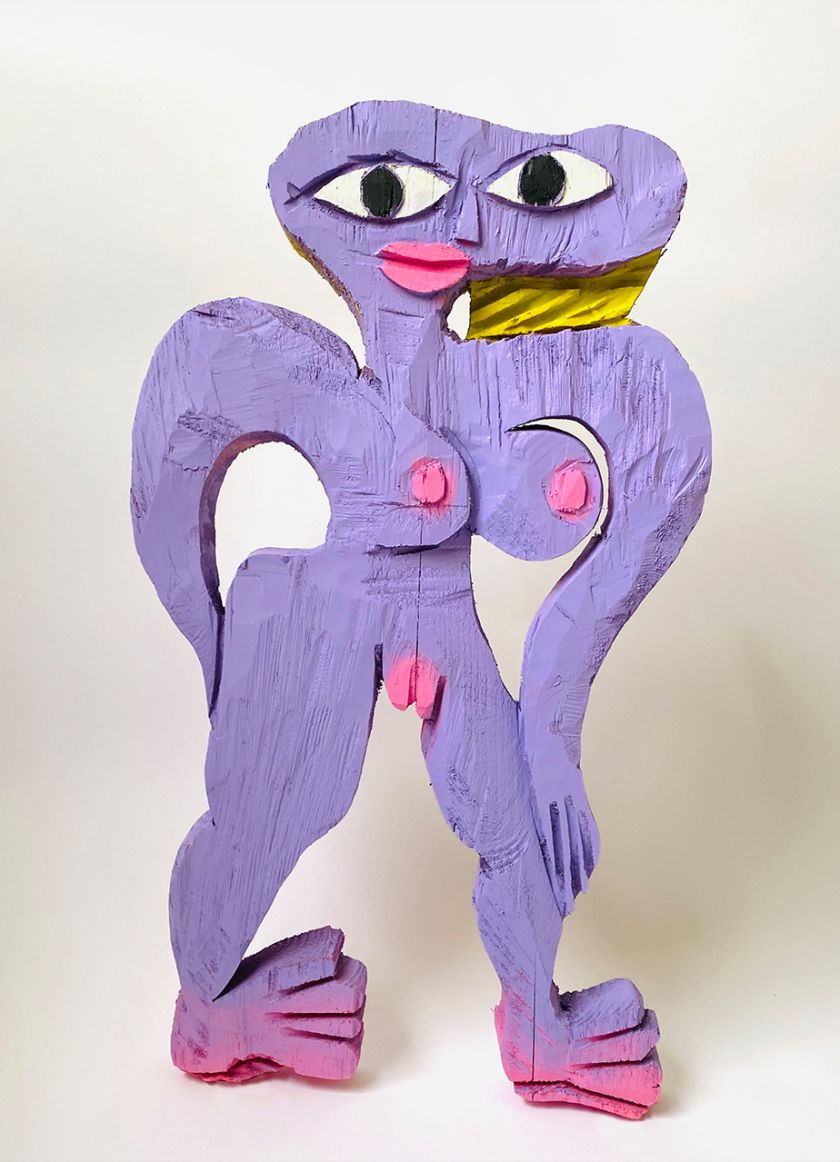 The story doesn’t end there, either. After being sent to Germany at 15 by his father to study as a Lutheran seminary, Roman simulated a psychotic episode and had to be taken to hospital. He escaped three days later after managing to distract the orderlies with “skilfully carved female genital organs carved from wood.” Well, we’ve all been there.

He then made money along the way by juggling and fortune-telling, which he learned in his native land from a Roman horse stealer. From there, he reached Paris, where he joined a travelling circus variety show. Travelling with them around Europe, Roman made his living by painting on crumpled cardboard, scraps of circus tents, elephant backs, and artists’ breasts.

It’s a remarkable story, but what do we actually know about Roman? Well, according to his own admission on his website, he became an artist who uses Fauvist methods to create his artistic paradise dreamworld. 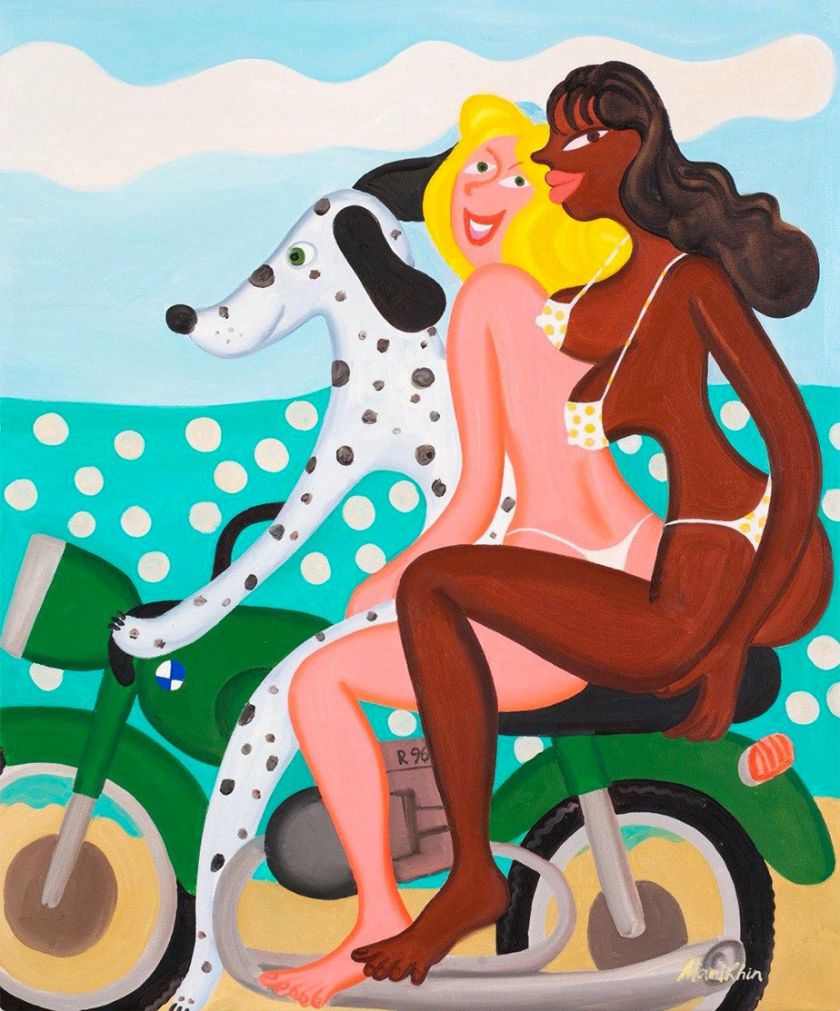 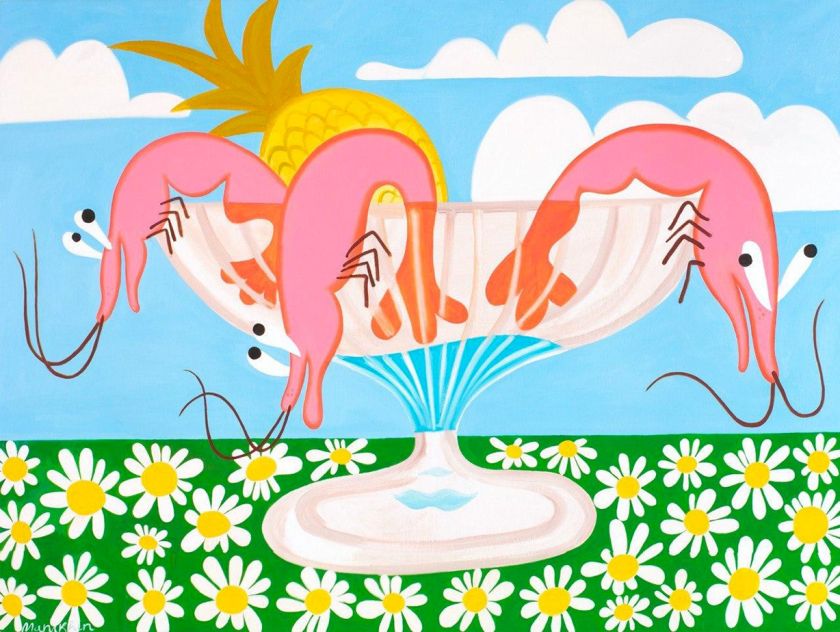 Given the clearly technical appreciation and use of colour in his work, it’s no surprise to learn that Roman has had some formal education. He’s a graduate of one of the oldest art schools in Moscow, and he cut his teeth as an artist working on illustrations for books, a career path that often hones an artist’s eye for colour and graphic design.

As for what lies ahead for Roman, his aspirations are characteristically grand and vague. He wants to escape to a lost world and gain some privacy with his beloved friends and loved ones, as well as his paint box. And with paintings on display at the Zuzeum Museum in Riga and in private collections in Russia, Italy, Turkey, Denmark, Sweden and the USA, it looks like he’s achieving exactly that. 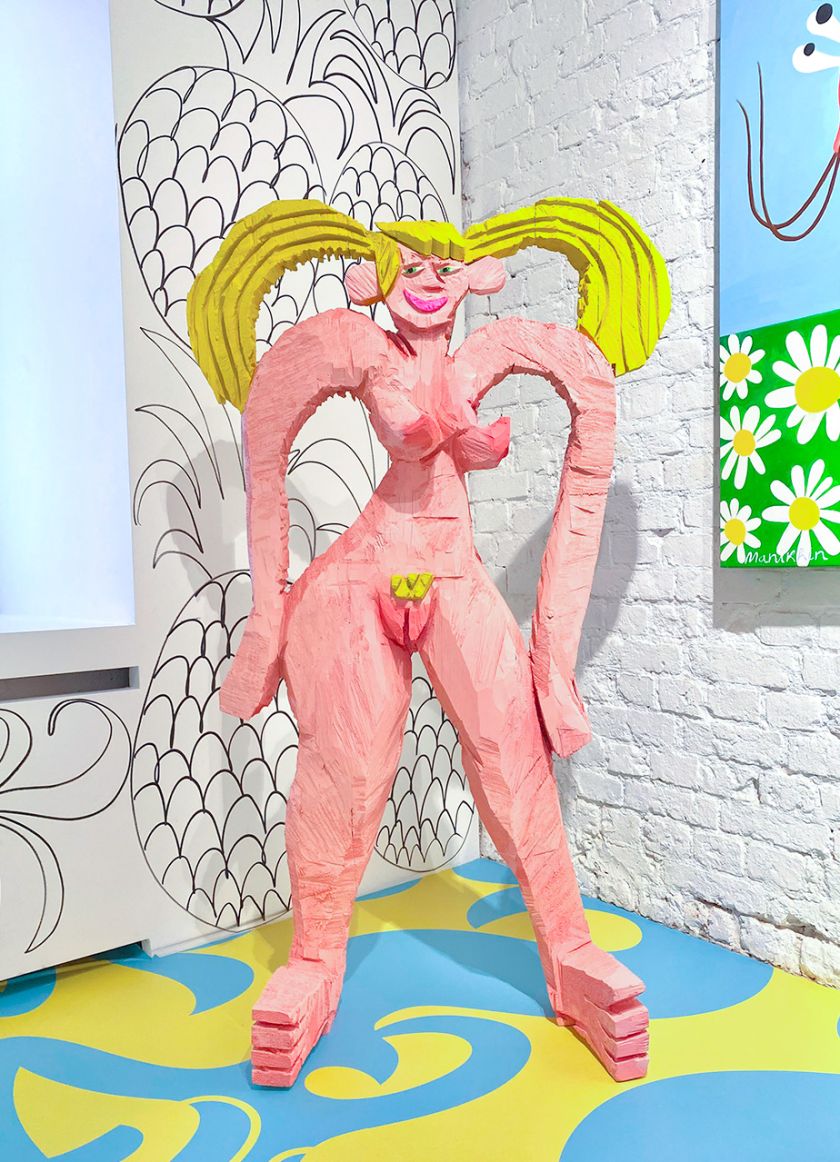 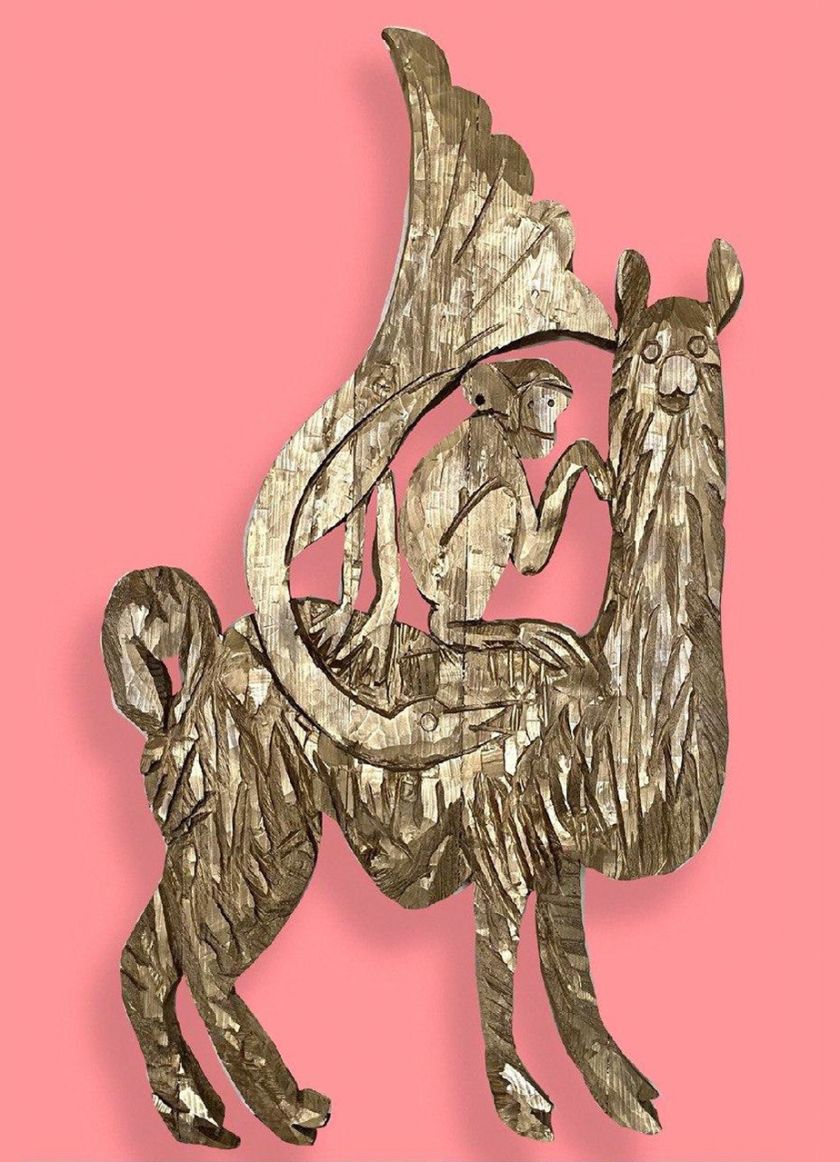 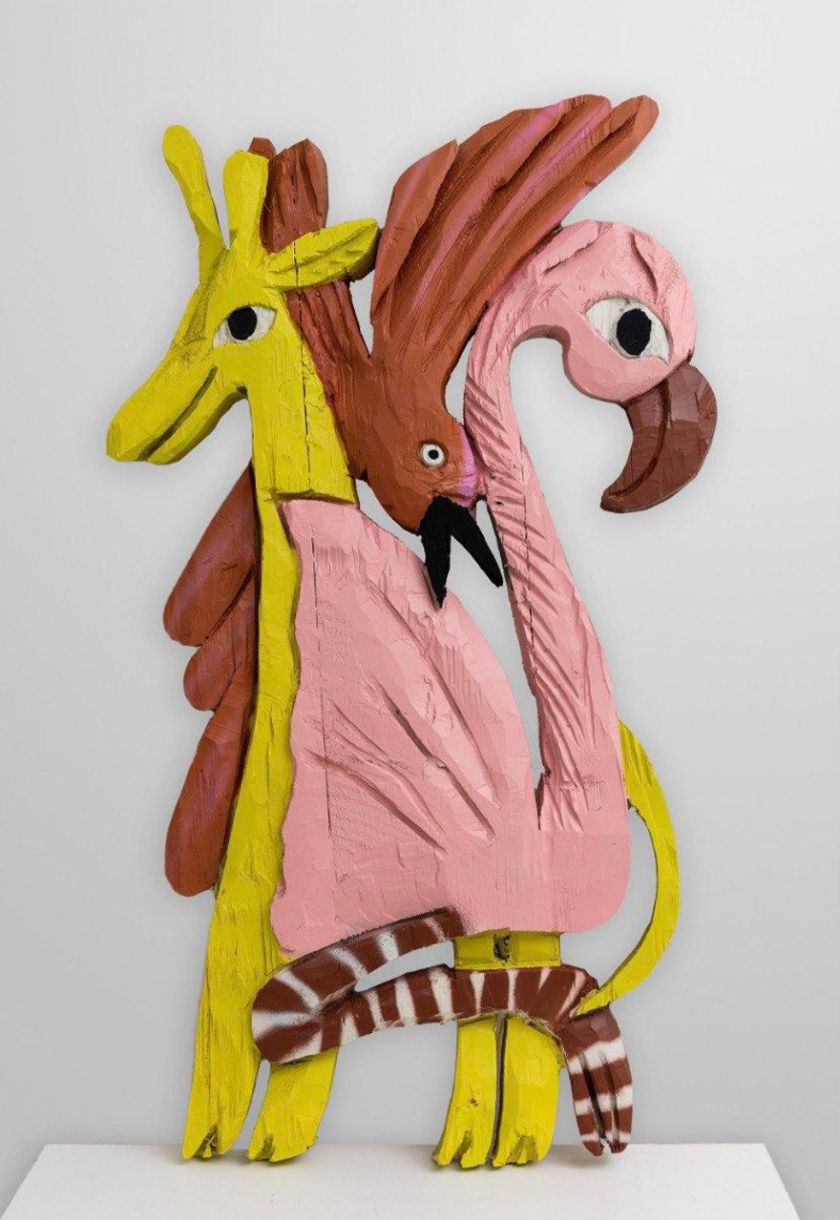