See astronaut trash whiz through space before its fiery end 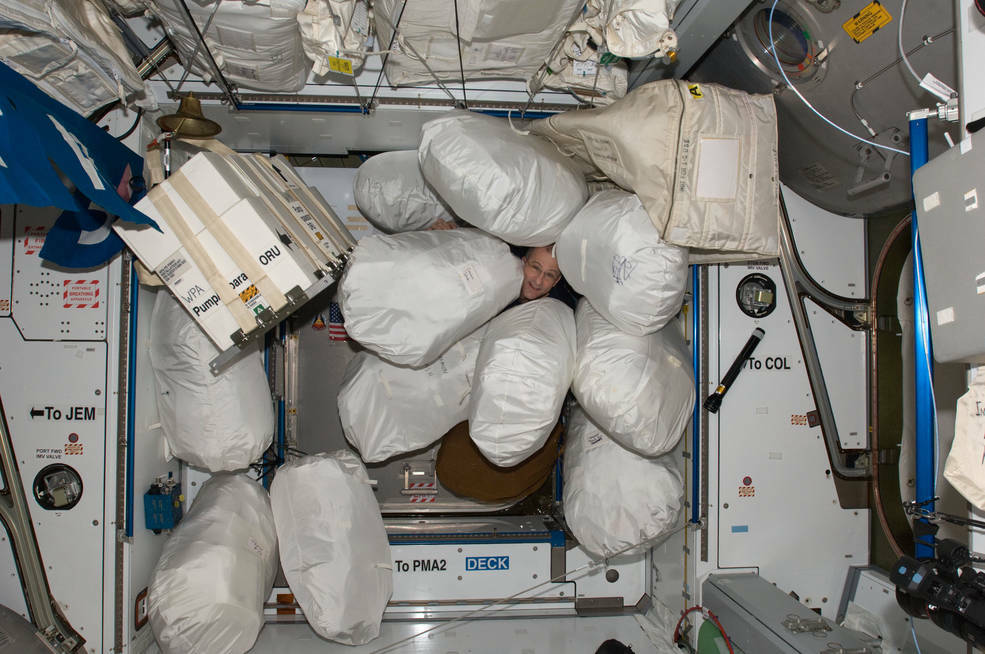 Four astronauts on the International Space Station can create over 2.5 tons of trash per year, but how to get rid of that garbage has been an ongoing struggle.

At the low-Earth orbiting laboratory, astronauts tested a new technology last week that could become a go-to solution for space waste disposal in the future. For the first time, the seven-member crew successfully used a Nanoracks Bishop airlock system to dump about 172 pounds of junk out of the station.

The technology leverages a specially designed container and removes the trash in a bag by sending it out to burn up in Earth’s atmosphere. The method doesn’t contribute to the growing space debris problem, NASA officials said.

A rocket will crash into the moon. It’ll leave way more than a scar.

The status quo for collecting the astronauts’ trash right now involves hoarding waste for months onboard until a commercial spacecraft can haul it away. The astronauts fill a designated cargo . Then, that entire spacecraft lands back on Earth or burns up on re-entry, according to NASA.

The demo shows the new system is “a good way to clean up our home in low-Earth orbit,” said Kathy Lueders, NASA’s associate administrator for space operations in a recent tweet.

The ISS crew could, in theory, fill the Nanoracks’ container with , according to the company. Once the waste bag is released, the airlock re-mounts empty.

Trash takes up precious space in tight quarters and presents safety issues for astronauts. After all, some of that waste is biological.

The U.S. space agency has been looking for alternate solutions to manage trash, especially because the spacecraft disposal method won’t be an option for long, distant missions to the moon and, eventually, Mars.

“Waste collection in space has been a long standing, yet not as publicly discussed, challenge aboard the ISS,” said Cooper Read, Bishop Airlock program manager at Nanoracks, in a company news release. “As we move into a time with more people living and working in space, this is a critical function just like it is for everyone at home.”