‘She-Hulk: Attorney at Law’ trailer gives glimpse of Daredevil ahead of ‘Born Again’ 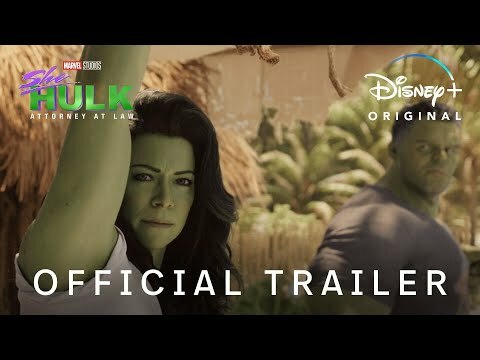 Jennifer Walters (Tatiana Maslany) is a lawyer first, superhero second in the trailer for

The second trailer for ‘s series about the green girlboss shows a goofy sequence where Walters’ cousin Bruce Banner (Mark Ruffalo) mentors her on her newfound powers. The duo throws rocks, does yoga, and Banner advises her, “Spandex is your best friend.” Halfway through the trailer Walters makes the decision to go back to work as a laywer, She-Hulk and all. She ends up joining the division for eccentric super humans and representing Emil Blonsky / the Abomination (Tim Roth) who famously tried to kill her cousin… that’s not awkward at all!

She gets a visit from sorcerer supreme Wong (Benedict Wong) who we last saw in the latest Doctor Strange movie He urges her to help him with the universe being “on the edge of a precipice,” but she appears committed to American law.

But that isn’t the only Marvel cameo in the trailer. In the final seconds, fellow lawyer superhero makes an appearance with his signature batons. Are they starting a law practice together? Only time will tell.