Pants? Where Jared Leto’s going, he doesn’t need pants. Well, maybe he still does but not really.

See, on September 13, Leto was spotted leaving a New York Fashion Week 2022 party wearing a flowing, flowery Gucci dress that went down to the ankles, where he was (of course) stepping around in Gucci slide sandals.

Surprisingly, Leto appeared to be wearing white jeans beneath his dress (presumably the jeans are Gucci as well). You’d think that the mild late summer weather would necessitate fewer layers and it’s not like the dress is terribly revealing, but who’s gonna question the guy wearing a red trucker hat with a Gucci gown?

Leto apparently wore the dress as part of the NYFW event he’d attended alongside a slew of other famous folks, including Lil Nas X, Irina Shayk, Kendall Jenner, Doja Cat, Lee Jeno, Brooklyn Beckham, and plenty of others.

Oh, and Kanye West, of course.

The event in question was Vogue World, a sprawling runway show and shmoozefest put on by the publication of the same name, capping New York Fashion Week with a shot of star power.

Everyone came to stun, weighed down by plenty of flashy layering pieces that caught the reflective glare of camera shutters.

Leto was dressed relatively tame compared to his A-list pals — so many shirtless dudes and floor-scraping dresses — but it’s been a minute since we’ve seen a truly showstopping Leto look so it’s worth taking a moment to appreciate.

Recently, the Morbius star was spotted wearing out and about in NYC — dude really likes his sneakers.

Leto’s dress is a natural evolution of the recent fascination with , with dudes of all stripes making waves for going pantsless.

It ain’t groundbreaking, mind you, but at least we’ve moved beyond cooing over dudes .

Plus, skirts and dresses are just inherently more comfortable than pants. No legs! 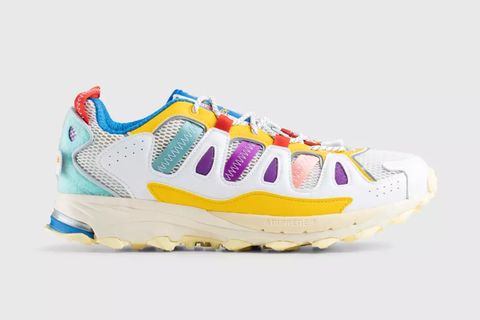