‘Sonic Frontiers’ has an accessibility issue (with a simple workaround) 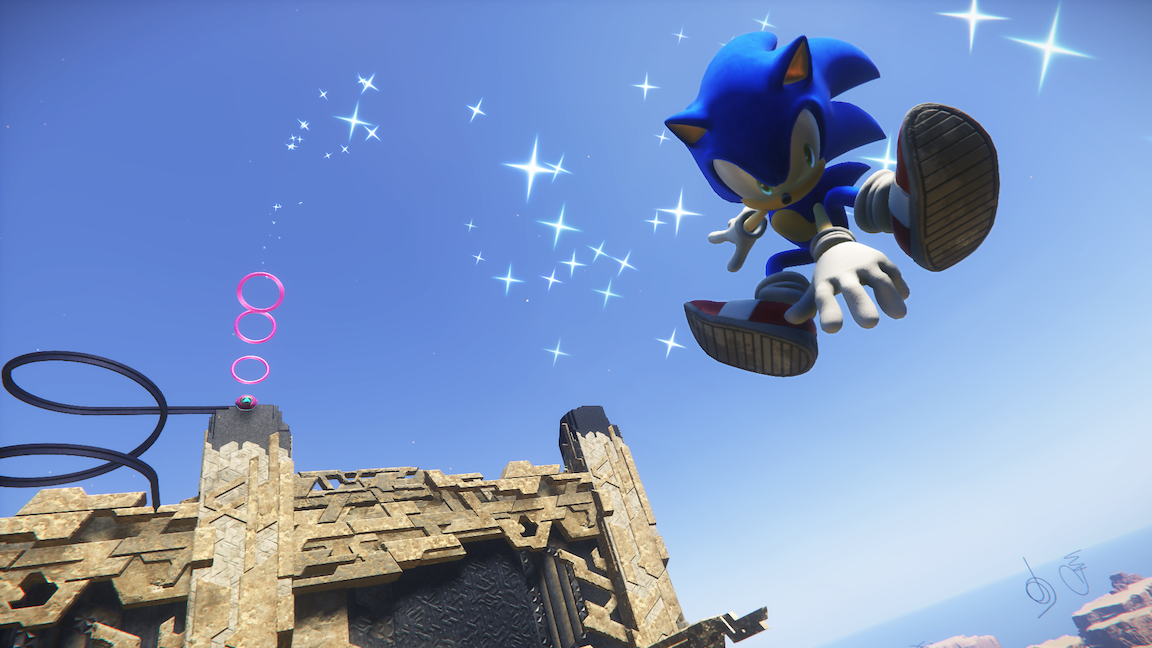 Betrayed by my own eyes once again.

As you may or may not know, I have a degree of color deficiency in my eyes, something you probably know as “colorblindness.” I actually , and gaming is where it’s been the most problematic in my life. Certain shades of red, green, brown, and orange can blend together for me and become difficult to distinguish from one another.

‘Sonic Frontiers’ is not the ‘Sonic’ game of your dreams

, a game I don’t love but for some reason, is the latest example of this. Let’s dig in.

One of the “innovations” that Frontiers brings to the long-running franchise is the inclusion of upgradeable stats for Sonic. Specifically, everyone’s favorite hasty hedgehog can upgrade his max speed and max ring capacity if you collect enough goofy little guys called Kocos. These Kocos are generally small and some variation of beige or brown in color. They hide out around the worlds of Sonic Frontiers, waiting to be uncovered by the player as they speed around the environments.

The problem here is that said environments are almost all green or brown. Kocos also don’t have any kind of highlight around them, or any other method of contrasting them with the terrain. You see the problem here, right? 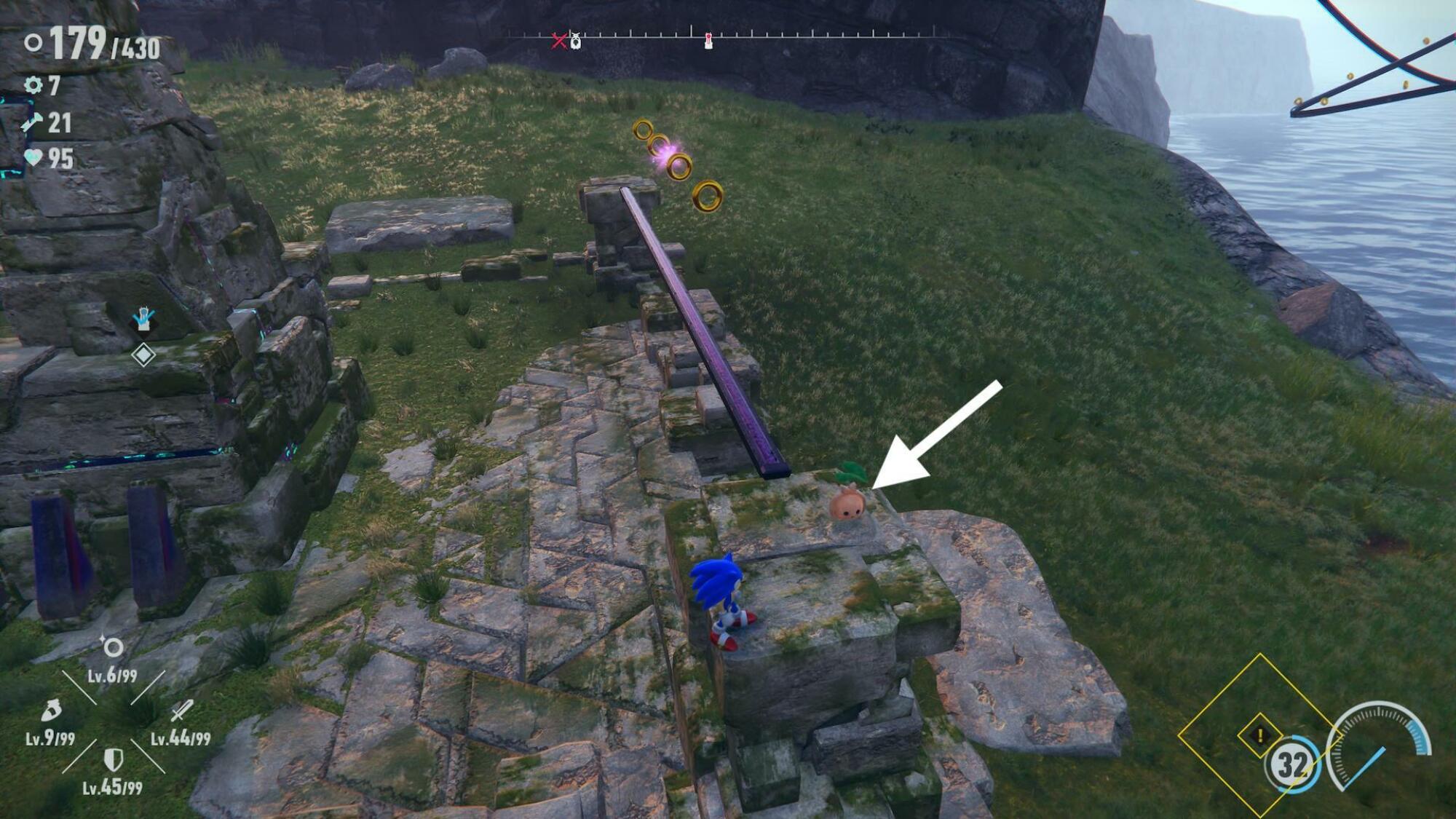 That big group of Kocos in front of Sonic barely registers to me.
Credit: Sega

This is doubly troubling because Sonic Frontiers is a game about moving fast. Ideally, you don’t have to spend a lot of time stopping to look around and smell the roses. However, that’s the only way for me (and anyone else who might encounter this problem) to identify Kocos at all. I only ever noticed them when I stopped running and squinted at the TV.

The net result was that my max speed and ring capacity stats lagged behind the other attack and defense stats, which you upgrade by getting items that are much, much easier for me to see.

Thankfully, this seems to be a one-off issue. I’ve never had this problem in another Sonic game, or other Sega games like the Yakuza series. I reached out to Sega to see if this is a known issue with a fix in the works and will update this article if necessary. Until then, I have identified a nifty way to get around this problem. 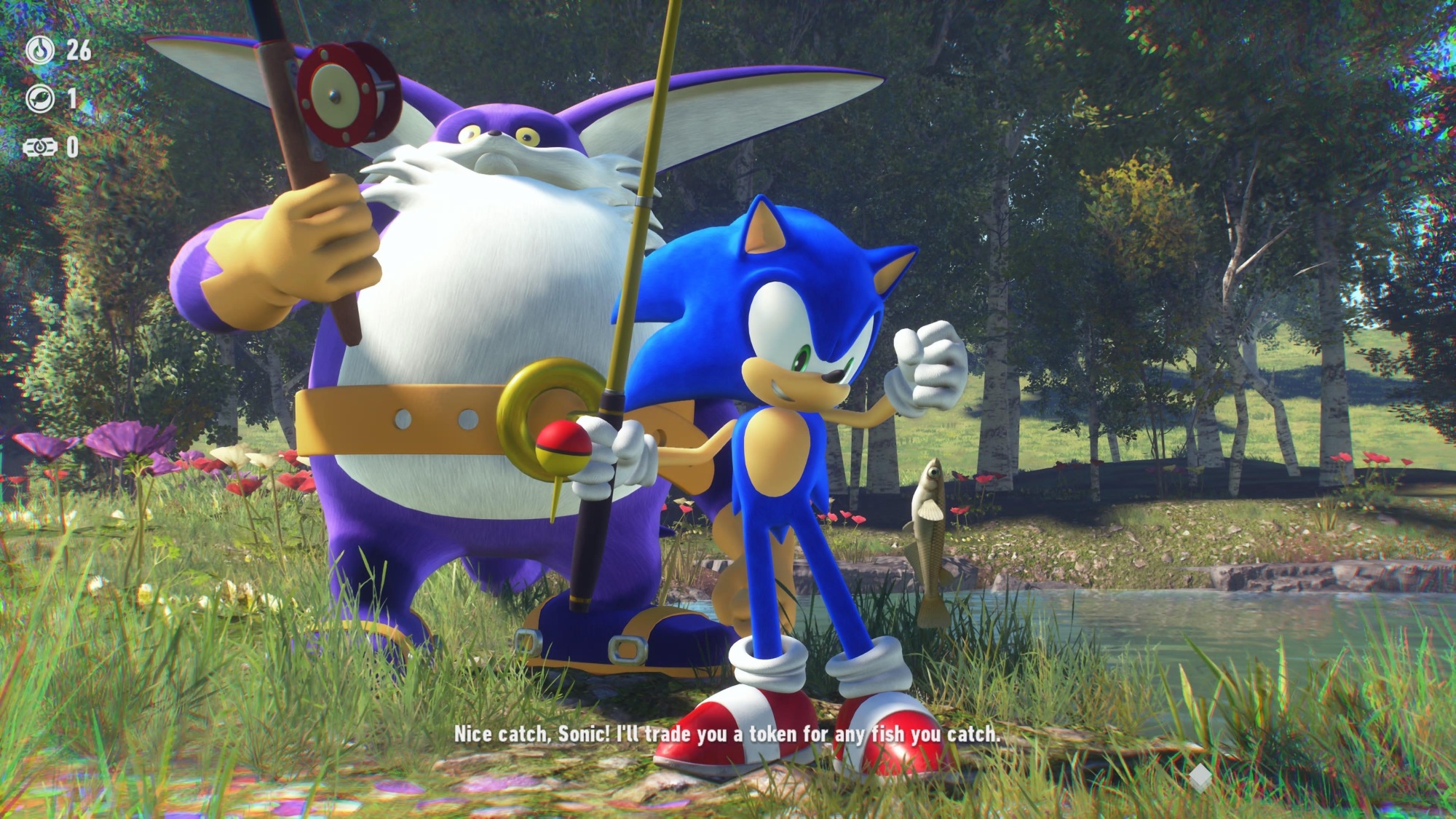 At least Big’s always got your back.
Credit: Sega

There are a handful of portals scattered around the various islands you’ll visit in Sonic Frontiers that take you to a serene fishing pond. This is the key to accessing a fishing minigame hosted by none other than Big the Cat, who everyone on Earth agrees is the best Sonic character.

Simply collect as many purple coins in the open world as you can, take them to the fishing area, complete the extremely easy fishing minigame, and you’ll be able to straight up buy Kocos in bunches. This is super useful for eliminating most of the grind in Sonic Frontiers, and I didn’t realize that until pretty late in the game. You can use this method to farm all of the other pertinent collectible items in the game, too.

Still, it’s a bit of a bummer that I have to resort to that at all. Simply putting a subtle outline or a glow around the Kocos or something would rectify the issue. Alas, we’ve still got a ways to go when it comes to making games fully accessible.