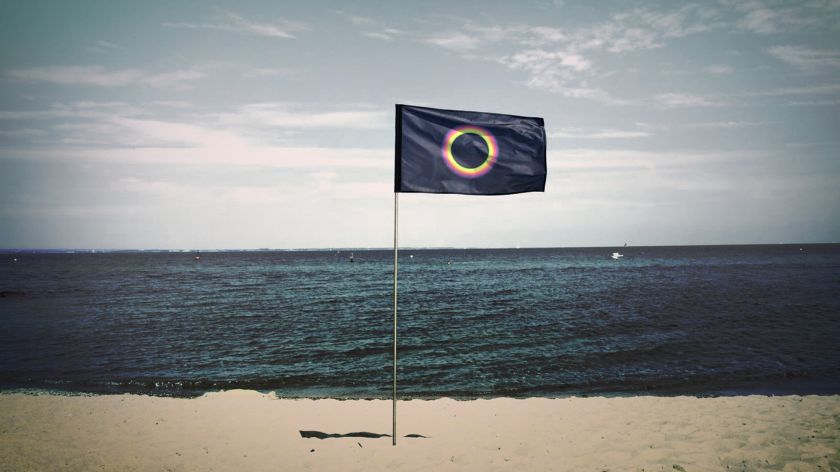 Creative agency has collaborated with the not-for-profit organisation to design a brand new warning flag and microsite which alerts beachgoers to the harmful effects of UV radiation.

If you’ve ever been to a beach with lifeguard patrols, you will have seen their colourful flags fluttering by the water’s edge. These are specially designed to warn swimmers of tidal conditions and activities to keep everyone safe, but water isn’t the only danger posed by the seaside.

With temperatures skyrocketing all over the world, the danger presented by the sun and UV radiation has never been more pressing. But besides the common sense wisdom that people should smear on some sunscreen before they head out, little is done to remind people of this invisible threat. 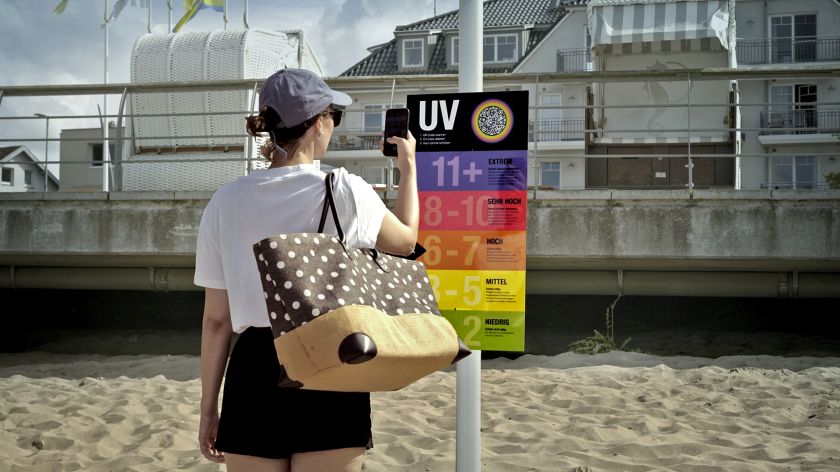 That’s where the Sun Safety Flag comes in. The overdue precautionary measure is the product of German Cancer Aid working with Heimat Berlin, who wanted to design a new warning system under the motto Watch Out at the Beach. Its goal is to protect people against dangerous UV radiation on the beach this summer.

“People are used to checking the warning flags when they arrive at the beach,” says Tom Hauser, Executive Creative Director at Heimat Berlin. “And everybody knows that the red flag means: ‘Best to avoid going into the water.’ But many people aren’t aware of just how lethal UV rays can be – radiation from the sun can cause severe health issues like skin cancer.

“Our design goal was to develop a new flag in a universal but outspoken visual language that everyone understands. The flag design is simple, bold and eye-catching. It should alert people to the possible risks of the sun from the first minute they see it. This design idea is long overdue – it’s almost a no-brainer. So, we think this warning flag belongs on every beach worldwide.” 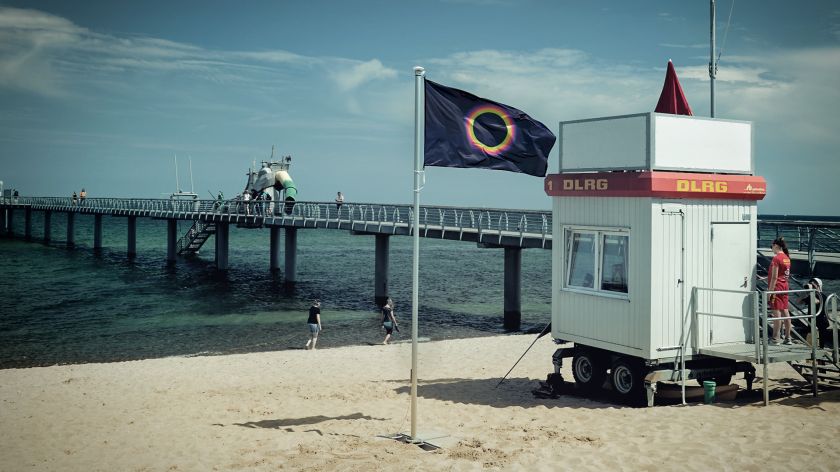 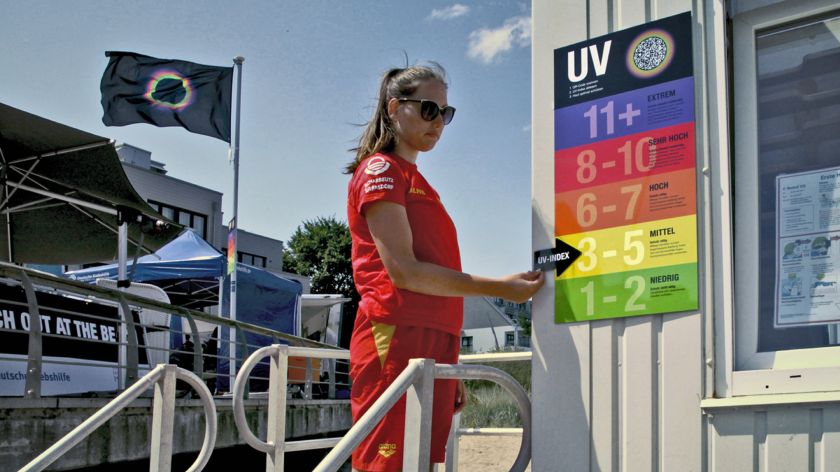 Working together across six partner organisations, the Sun Safety Flag is a world-first which features a black-on-black design of a black sun on a black flag. Meanwhile, the iridescent aura of the black melanoma sun rings corresponds to the colour code used in the United Nations World Health Organisation UV index. This international standard of measurement tracks the strength of UV radiation and was first set in place by the WHO in 1994.

When the flag is flown, beachgoers will immediately become aware that they should check the UV level. This can be done by looking at the UV index chart, which is positioned on the flagpole’s base. If it’s green, then no action needs to be taken. However, when the arrow marker is placed next to higher levels, they will know it’s time to take action.

By using a traffic light colour system which moves from green up through yellow and amber all the way through to red, people can easily gauge what to do. If the marker is red, they should stay in the shade and apply sunscreen with the highest SPF. As well as the flag and the index chart, people can use a QR code to access a microsite which brings up the UV index and other useful information onto their smartphones in just one click. 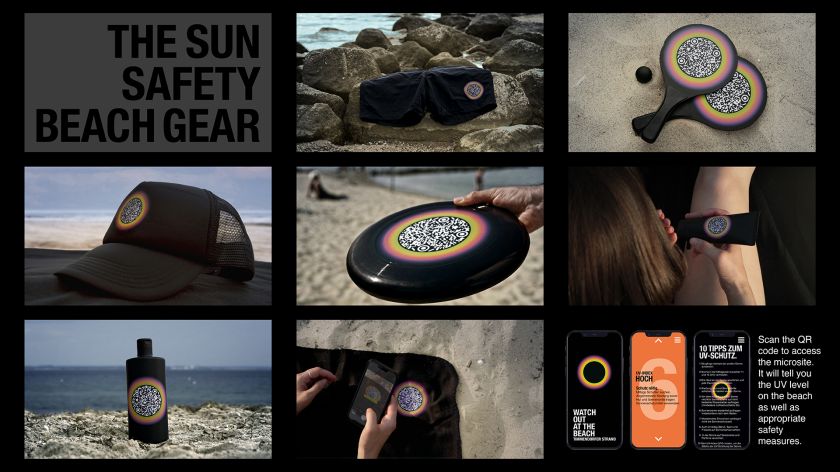 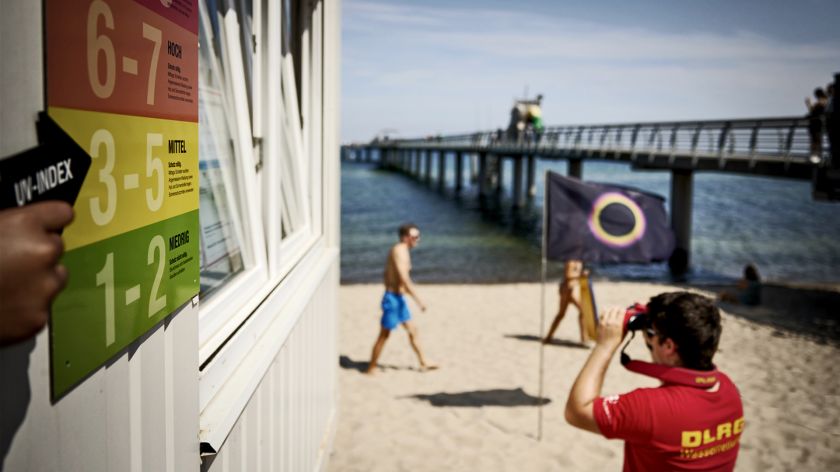 As well as the flag, index chart and microsite, the campaign will also include a range of branded Sun Safety Beach Gear. This will, of course, be based on the black-on-black design used for the Sun Safety Flag, and will consist of sun hats, beach towels, T-shirts, frisbees, paddle ball sets, swim trunks, cooler bags, and sunscreen with the highest SPF. The collection not only educates people about the dangers of UV rays but also helps to save lives by raising awareness of skin cancer.

Over the next few months, the warning system will be evaluated and then established on other beaches in Germany. The Sun Safety Flag will also be submitted to the International Organisation for Standardisation ISO in Geneva for worldwide standardisation, and the flag will soon be erected on beaches worldwide. 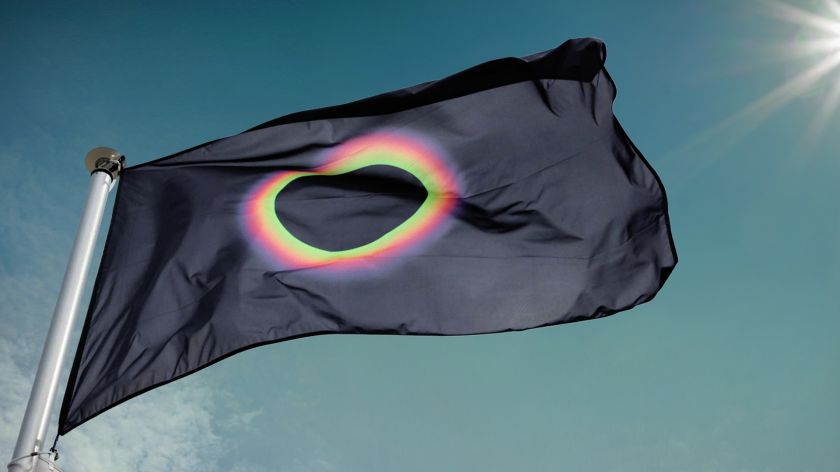