Stadiums of the World: How Populous Takes on Global Sports Design

Few firms design for gatherings and spectacles like . With an expansive portfolio covering everything from sports facilities and convention centers to the planning and designing of major special events, Populous is a firm rethinking what it means to come together. Doubling down as leading experts in venues and stadiums worldwide, they have also built the while preserving Seattle’s skyline. Their innovation spans from architecture and landscape architecture to interiors, branding and design-build.

In 1983, Jerry Sincoff created a sports group as part of in Kansas City. The company is one of several that trace their roots to Kivett and Myers which designed the Truman Sports Complex, one of the first modern and larger single-purpose sports stadiums. The early roots of the company trace back to HOK Sport Venue Event and LOBB Partnership in the 1980s, and the office didn’t become Populous until 2009. Now, as a global design firm with employees spanning four continents, Populous has a portfolio that includes over 3,000 projects. Offering a deeper dive into the sports segment of the Populous portfolio, the following projects showcase the depth and breadth of the firm’s work, as well as their influence on contemporary sports design. 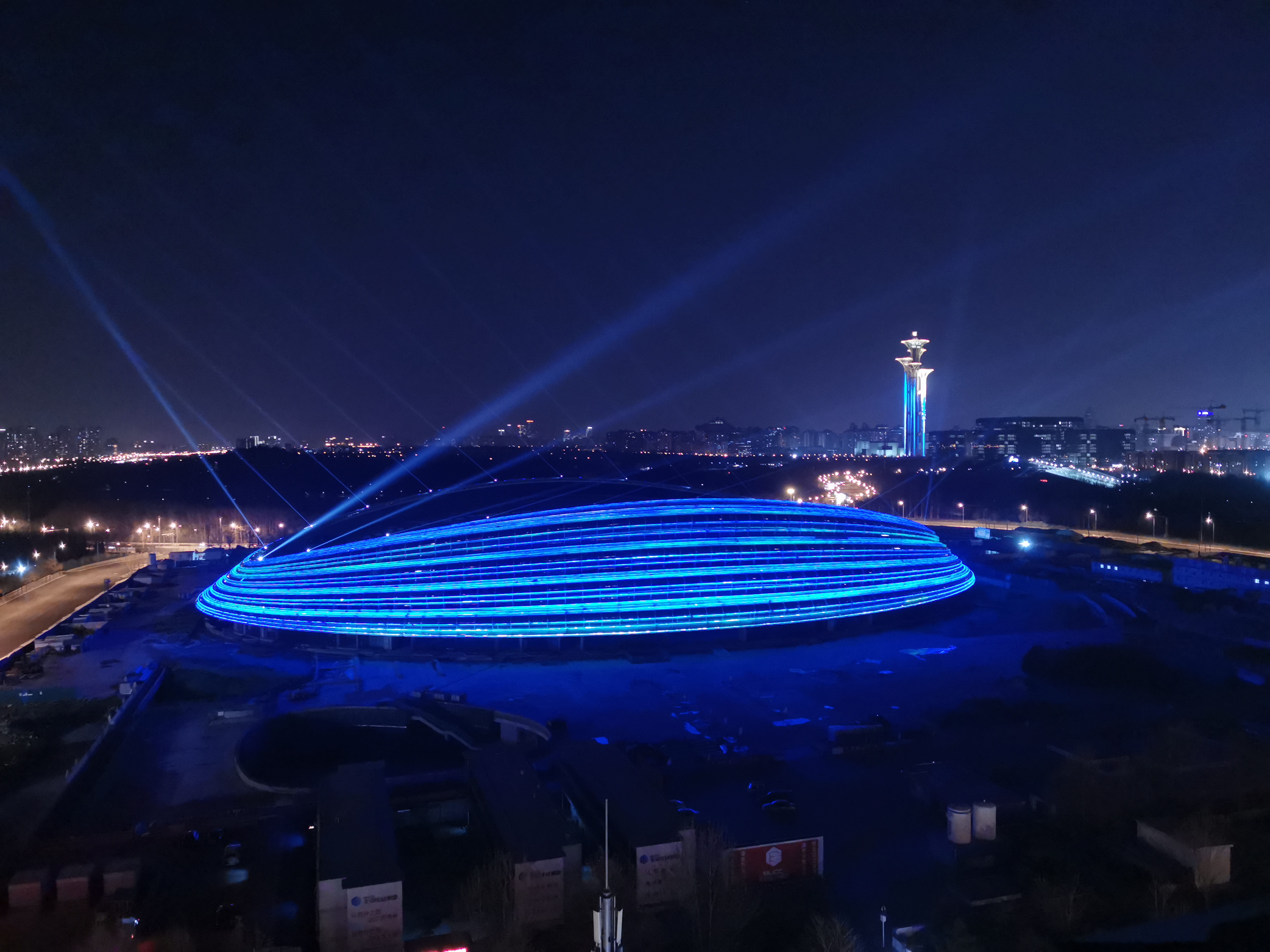 Made to be a new landmark for Beijing, the National Speed Skating Oval (NSSO), or the ‘Ice Ribbon’, was the main venue for the 2022 Beijing Winter Olympics speed skating competition. NSSO was designed within a tight twelve-week timeframe. Located in Beijing’s iconic Olympic Park, the distinctive façade celebrates the precision, pace and drama of speed skating. The twenty-two light strands (ribbons) flow up and around the Oval to a height of 33.8 meters. This ‘shell’ secures a high level of visitor comfort and amenity, in keeping with it being a world leading speed skating venue for competitors and spectators.

The catalyst for the project was the Southeast Asian (SEA) Games, Kuala Lumpur 2017, an important opportunity to return Malaysia to the world sporting stage. Originally opened for the 1998 Commonwealth Games, the brief called for the transformation from design to completion within eighteen months; providing four ‘new’ world-class venues to stage major events and recreation facilities for the Malaysian community year-round. The redevelopment of Bukit Jalil National Stadium, Putra Stadium (now Axiata Arena), the National Aquatic Centre and the National Hockey Stadium focused on providing functional excellence coupled with the expression of Malaysian culture. The original Yankee Stadium, built in 1923, was one of the most iconic structures in the game of baseball. Enveloped in history, mystery and an environment many thought would be impossible to emulate, “the house that Babe built” was nearing the end of its storied life in the early 2000s. The new Yankee Stadium, completed in 2009, captures the revelry and pride needed to carry the most storied franchise in American sport into the next generation. The ballpark’s skin is highlighted by a four-story limestone and granite façade inspired by the 1923 Bronx Stadium. Its field geometry mimics the original ballpark’s, challenging the next generation of heroes wearing pinstripes. 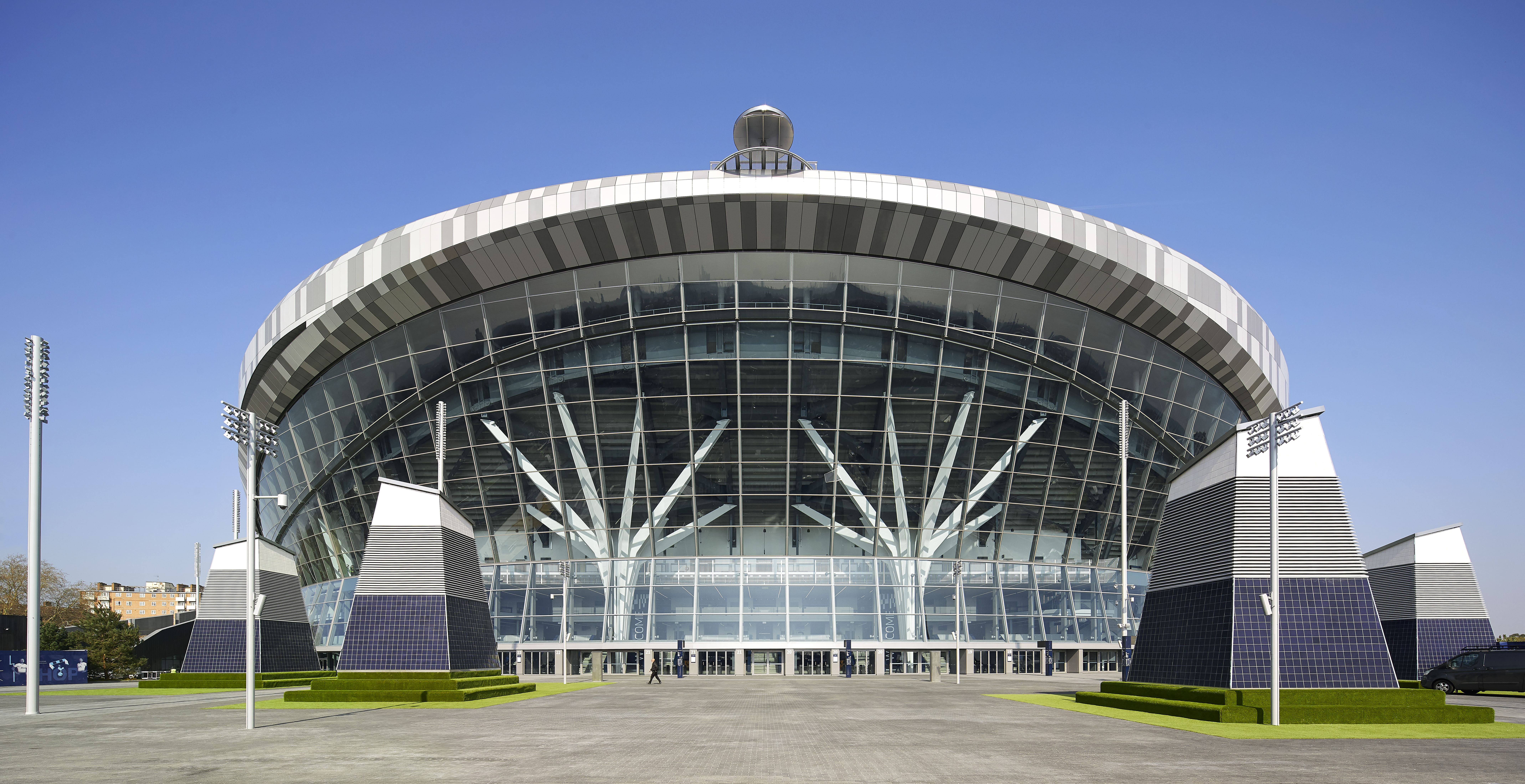 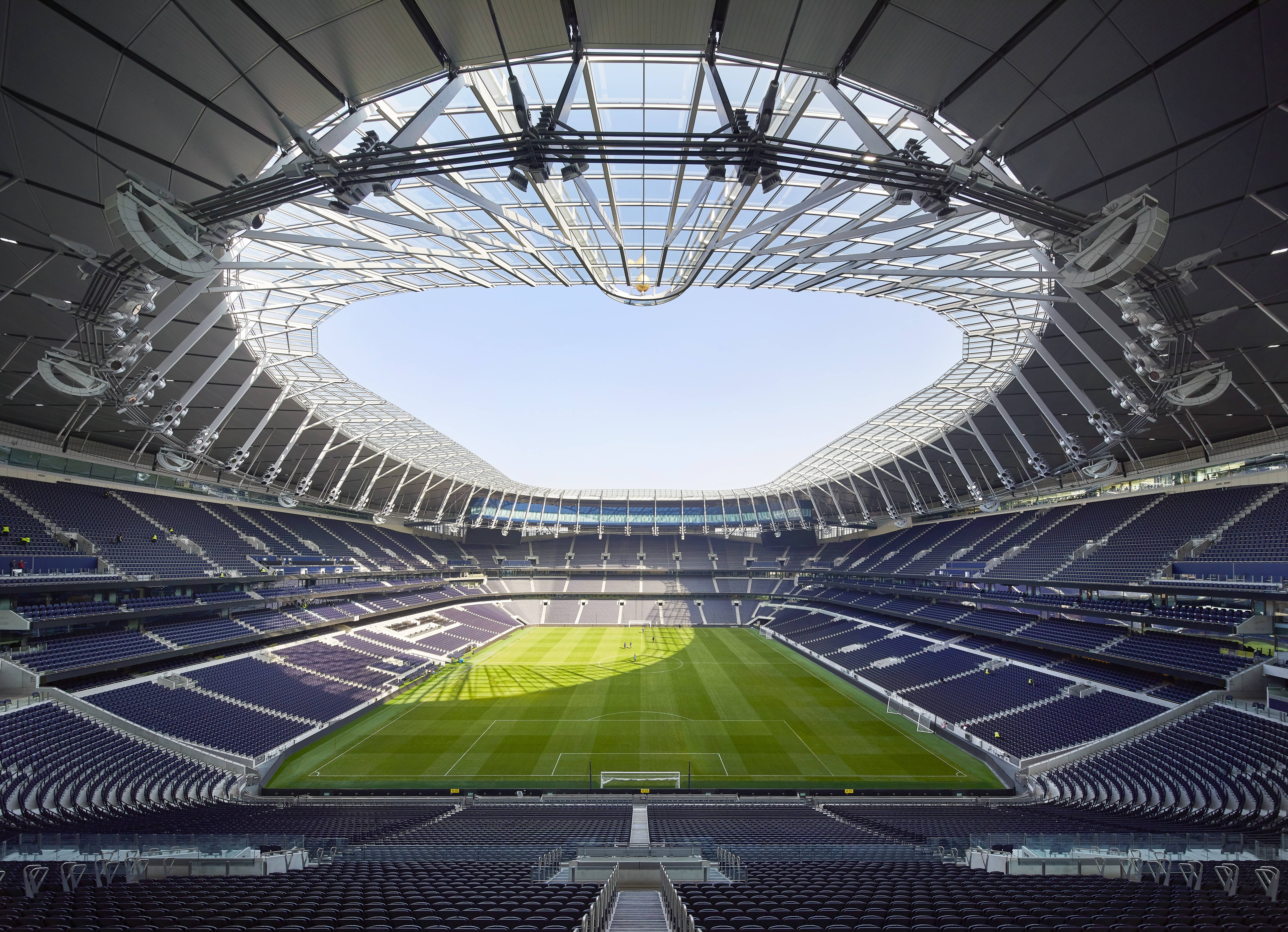 Designed with an eye to the future, the new Tottenham Hotspur Stadium marks a new generation of stadia design: stadia that provide an unparalleled experience for all fans, that are civic in their nature and hold community at their heart, and create the most intense and atmospheric place to watch football. With a capacity of 62,062, the new stadium becomes the biggest club stadium in London and, by incorporating a fully retractable pitch, the first in the world to be custom-built to stage football and NFL games. The stands are angled at 35 degrees — the steepest angle that UK guidelines recommend — to create a tighter, atmospheric stadium bowl which focusses towards the southern ‘home end’. The core of Houston’s East Downtown Redevelopment Plan, the new 22,000-seat Dynamo Stadium (with expansion capacity to 30,000 seats) was designed to feature soccer and also accommodate multi-use events such as football, lacrosse, rugby and concerts. The design approach makes use of simple and common materials that refer to the area’s industrial heritage, while creating a distinctive civic landmark in an emerging urban neighborhood. A tessellated exterior skin mediates the scale of its context while defining a bold architectural statement in the Houston skyline. Composed of geometrically composed expanded metal sheets and orange polycarbonate infill, this continuous exterior surface surrounds the stadium and provides a dynamic sense of enclosure while enhancing the spectator experience. 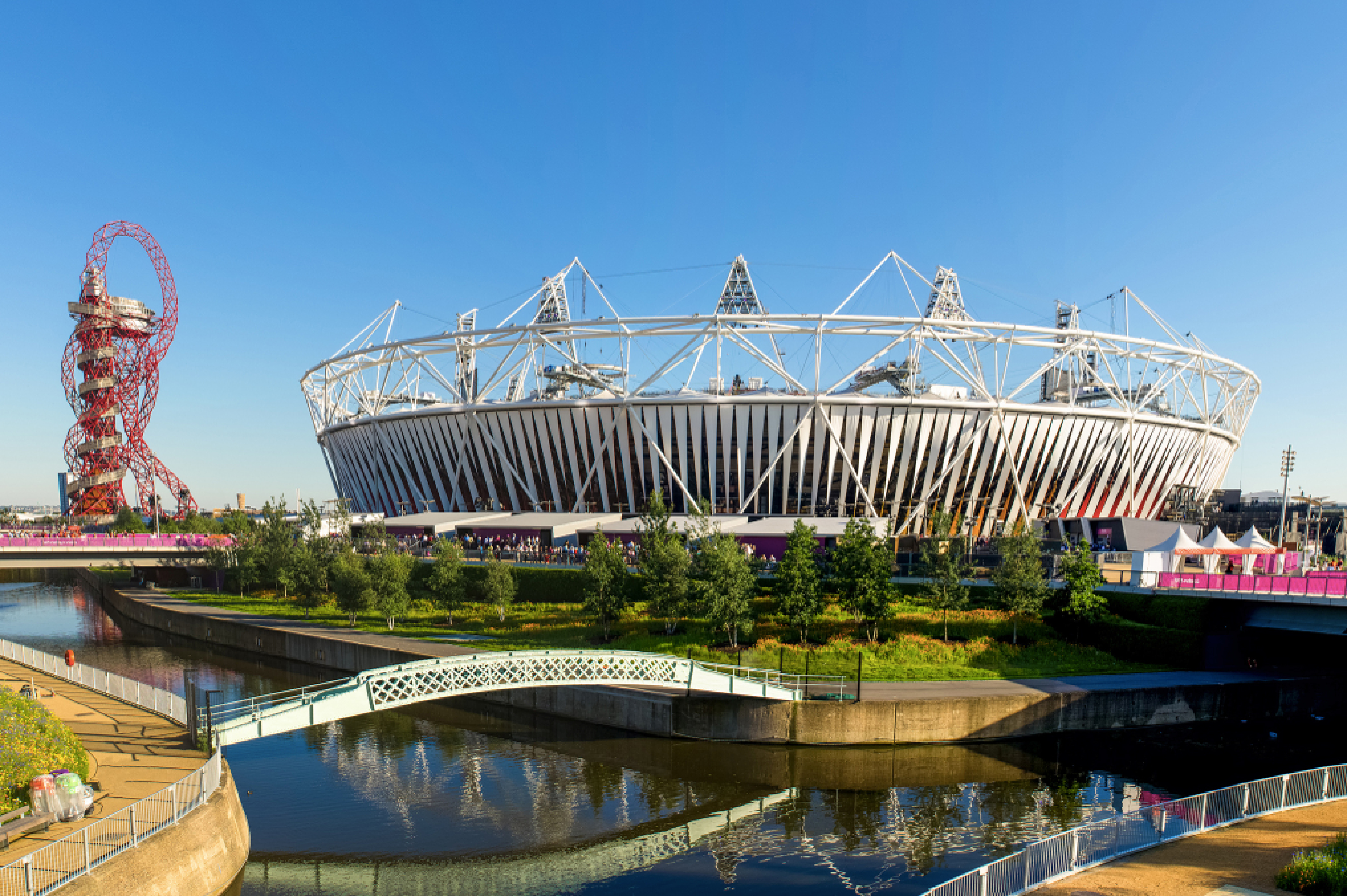 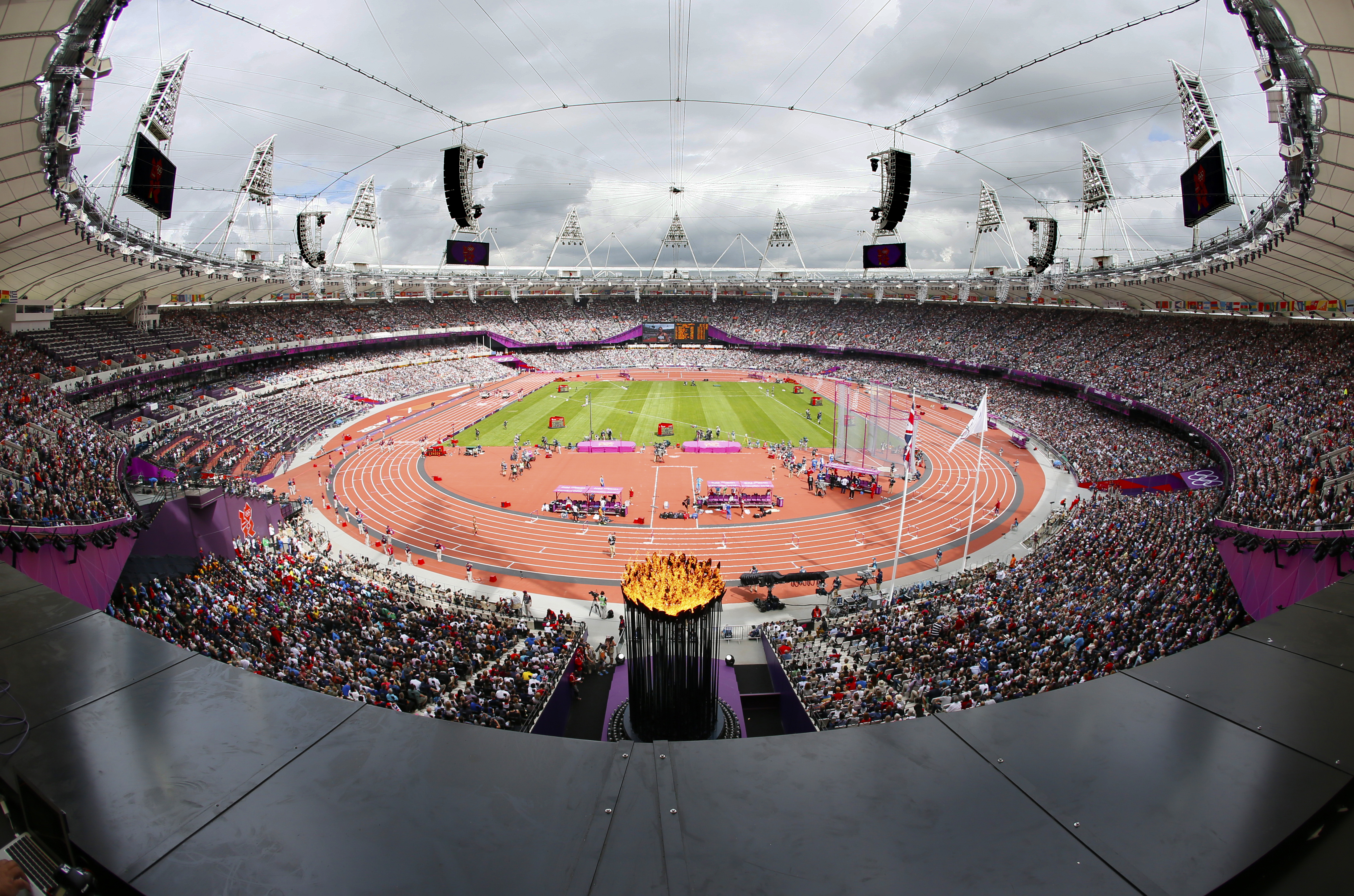 The 2012 Olympic stadium and masterplan were designed to take on a new, sustainable approach to temporary architecture. As Populous stated, “we use only the materials, structure and operational systems needed for the event, then transform it for a long-term future use. This is part of our broader thinking on legacy: it’s not something that can be retrofitted. The Games themselves must be spectacular, but we believe to be truly successful you have to consider the long-term impact right from the start.” To achieve a balance between the immediate needs of the large Games stadium against a long term, small scale venue, Populous explored form, materials, structure and operational systems to bring a structured palette of elements into the design.