Starting to hate cars — even if you drive one? There’s an online community for you. 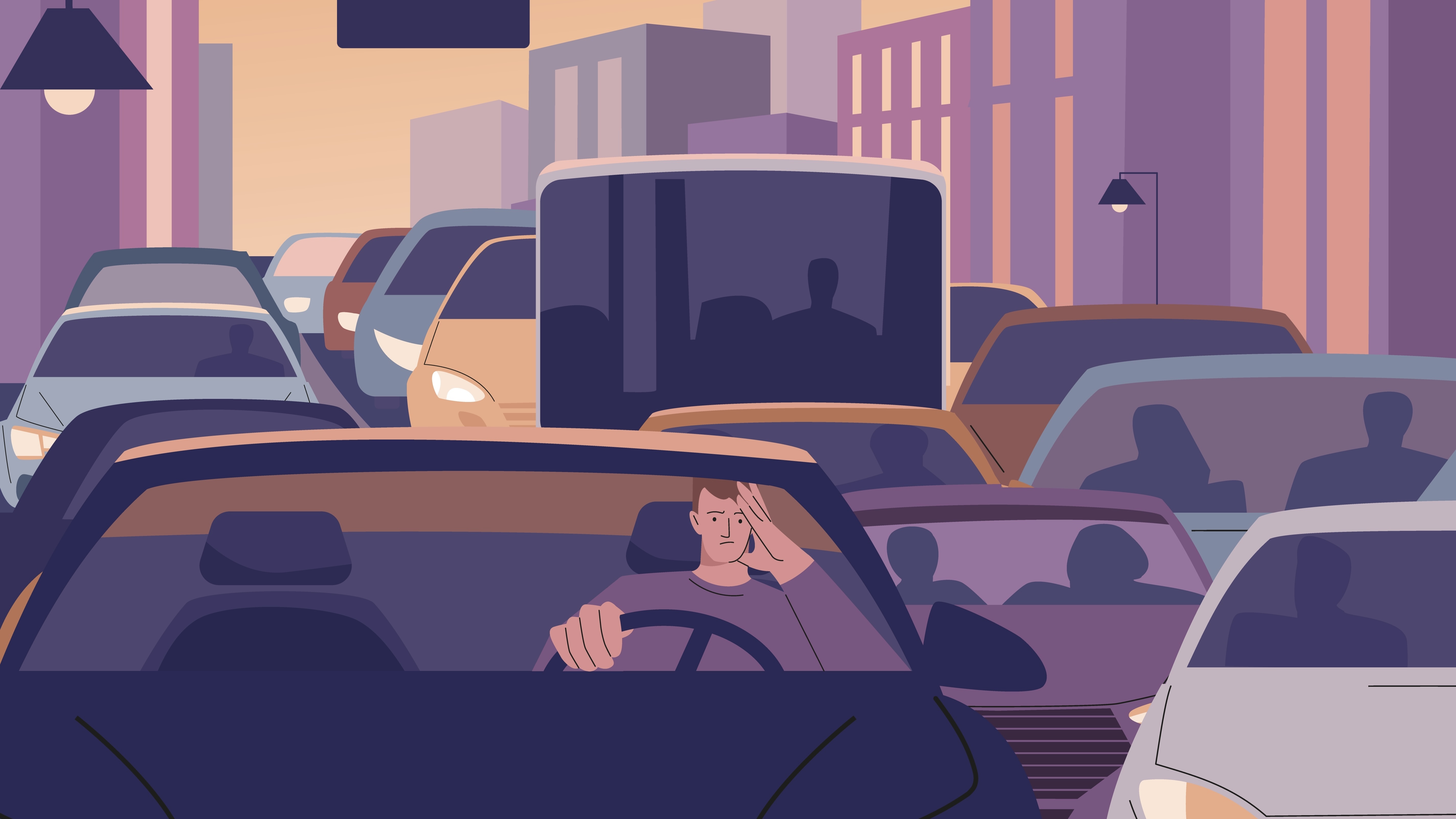 People typically pride themselves on being good, safe drivers. Yet something is seriously wrong on American streets.

In 2021, traffic deaths reached a 16-year high. An estimated . Fatalities were up in several categories year-over-year, including amongst pedestrians, cyclists, elderly drivers, and motorcyclists, and there were more crashes on urban roads and during the daytime. U.S. Transportation Secretary Pete Buttigieg called worsening traffic safety “.” These trends in the first nine months of 2022, but pedestrian and cyclist deaths continue to rise.

If solving this problem sounds like an impossible task not meant for the average person, there are several high-profile social media groups and content creators who’d like to convince you otherwise. They want to help you understand why streets are so dangerous, how they could be made safe for all, and what you can do to improve them in your community. Their tactics and solutions aren’t always the same, but they all express alarm over car-centric culture while insisting that this “crisis” can be conquered by designing streets around our collective well-being instead of car convenience, and by making it as hard as possible for people to drive recklessly.

There’s , a mustachioed civil transportation engineer who alternately and elements of traffic design to his 1.7 million TikTok followers. , a YouTube account with nearly 900,000 subscribers, posts lengthy videos about urban planning and walkable cities that routinely notch millions of views. The private Facebook group (NUMTOT) specializes in mixing urban planning policy solutions with humorous or biting takes on car culture for its 227,000-plus members. On the , which is backed by more than , the show’s three hosts “fight to undo a century’s worth of damage wrought by the automobile.”

Why the pedestrian dignity movement should be your next accessibility cause

While these creators have been around for a few years or more, War on Cars co-host Sarah Goodyear has noticed recent growing interest in making American streets safer and more walkable. Goodyear, a journalist who’s covered urban planning and traffic safety since 2006, says this curiosity is partly thanks to a decade of advocacy in cities, where grassroots organizers pressed lawmakers to answer for — and prevent — pedestrian and cyclist deaths. It also reflects the climate movement’s work to connect car culture with a worse future for the planet. And, unexpectedly, the pandemic offered a disturbing contrast between the relative calm of less traffic during lockdowns and the spike in fatalities when people got behind the wheel, .

Goodyear says the rise of social media over the past 15 years has made it notably easier, and more fun, to talk about traffic safety in bite-size portions of content, like memes, TikToks, and YouTube videos. At the same time, it’s given skeptics of car-centric culture tools to connect with like-minded people who might otherwise feel like they’re alone in a massive, losing fight.

“Once the car blindness has been lifted for you, you can’t unsee cars as all the things they are: big, noisy, dangerous, fossil fuel-emitting, expensive, and cumbersome,” says Goodyear.

Come for the memes, stay for the conversation

When Vignesh Swaminathan, aka Mr. Barricade, launched his TikTok account in 2020, he found algorithmic success. Swaminathan runs the civil engineering firm in San Jose, California, which designs and constructs transportation projects across the state. That means he’s frequently on site, ready to turn an intersection into his TikTok classroom or dance floor. His performances are often set to rap and trap music, and his on-the-scene analyses of traffic design elements typically feature interchanges, signals, crosswalks, bike lanes, drainage ditches, and overpasses. Swaminathan uses TikTok specifically to engage the average person.

“If everybody’s scrolling anyway, why can’t I bring the outreach to them?” he says.

Swaminathan is particularly interested in engaging people who are new to the topic and don’t know how to pursue change, and those who are “totally disconnected” from the civic process because they don’t trust the government, live in marginalized or neglected neighborhoods, are undocumented, or can’t participate because of barriers like language or disability. People in those groups, he says, are “learning, becoming aware, and starting to figure out what they want.” Swaminathan’s traffic planning and safety videos are meant to highlight improved design elements, like and , that calm traffic and safeguard cyclists and pedestrians.

But the path to becoming a TikTok star for Swaminathan, who is Indian American, also included a torrent of racist comments and memes using his image. To stop the onslaught, Swaminathan invited his followers to drown out offensive content with their own traffic-related memes. His followers showed up in the comments with anti-racist responses as well as dance videos in front of traffic signs, drainage ditches, and pedestrian bridges. Swaminathan says the nerdy traffic engineering jokes eclipsed the racist attacks, but the latter still surface in his comments.

“A lot of people genuinely come for the memes and stay for the conversations.”

Swaminathan and his unique community of loyalists make traffic safety and design feel accessible and dynamic, even entertaining. Other influencers and groups use humor to their advantage, too. In the Facebook group (NUMTOT), co-founder Emily Orenstein says that there’s considerable overlap between educating members, debating solutions, and posting silly things, like turning a photo of into a public transit joke. In more serious posts, members often discuss “alternate futures” to the current status quo where cars dominate and pollute U.S. streets.

“A lot of people genuinely come for the memes and stay for the conversations,” says Orenstein.

Of course, online exchanges about cars, safety, and policy can become charged depending on whether the participants want to dramatically reduce the number of cars on the road or believe it’s possible to design our way out of car-centric culture and reckless driving. In the , moderators acknowledge the hard-to-discuss nuances in this debate, including that some people might love cars as beautiful machines but hate “car-focused” infrastructure.

Goodyear says that the diversity of online accounts and groups is essential: “What we need is systemic change, and you don’t get systemic change with one form of activism, in one way, with one community or one strategy, on one platform.”

Activists say that channeling online curiosity and anger about car-centric policy can include advocating for new solutions in front of one’s city council, protesting deadly intersections, joining a traffic-related commission, participating in public city planning meetings, or like painting a crosswalk when the city refuses to provide one. Traffic safety groups exist in major cities across the U.S., including , , , , , and .

Nathan Allebach, a creator who focuses on how to create walkable cities, says the online movement is policy-focused because those solutions have the potential to be transformative, as opposed to efforts that coax individual drivers to do better. After all, Allebach says cars tend to turn even the nicest people into callous drivers if they’re late, stressed, or distracted, a fleeting or persistent superiority complex the movement describes as “.”

“People realize this isn’t an issue that happens to somebody else — it’s all of us,” says Allebach.

In one TikTok video viewed 1.4 million times, Allebach spends just shy of three minutes persuasively arguing for the revival of third places, which are community gathering spots in walkable locations that have been largely decimated by car-centric urban and suburban planning. One commenter lamented, “this makes me so sad,” to which Allebach replied, “I know it can be discouraging, but the good news is that zoning/parking reforms are happening all over RIGHT now! A better future is possible.”

Goodyear says she’s heartened by the enthusiasm War on Cars listeners have for getting involved through local activism and in each other’s advocacy campaigns.

“That, to me, is the most exciting thing,” she says. “I think we are part of a really genuine, active, super engaged community.”

For Bryan Culbertson, an engineer in Oakland, California, watching dozens of videos helped shape his traffic safety activism. Last year, Culbertson helped found , a that holds vigils for anyone killed by a car, protests at dangerous intersections, and pressures city officials for safety improvements. The group has 40-plus members and organizes via Signal and Slack. So far, they’ve successfully lobbied the city’s transportation department and transit agency to reassess the deadliest street in the city, a major road where drivers routinely speed through crosswalks, especially near bus stops.

Culbertson is optimistic that more change is possible.

“If you talk to people from the perspective of walking around their neighborhood and what they want that experience to be like, you’ll get a lot of agreement in wanting to feel safe, wanting their kids to be able to ride a bike, or just be on the front lawn without the constant anxiety of, ‘Maybe they’ll run into the street,'” he says. “When you talk to people about those experiences, you’ll find out that most people are on your side.”