While some view Thursdays as Friday eve, streetwear enthusiasts see it as Day, the brand’s well-known day for product releases. When Thursday, July 7, rolled around, something was off — more like missing altogether — from this week’s rollout.

While Supreme’s latest release saw its Ralph Steadman shorts, Umbro jerseys, and even branded volleyballs hit
(and fly off) shelves,  was nowhere to be found.

Supreme pulled its latest Vans collab from its website and social before its release. While neither brand provided an official statement or details, I think we all know why this release didn’t make it to shelves (yet).

Designed by Nate Lowman, Supreme’s Vans Skate Grosso Mid is marked with bullet-hole designs on the shoe’s contrast-stitch upper, proving to be quite tone-deaf considering the state of the nation’s ongoing .

Announced ahead of last weekend, the sneakers were set to release nearly days after the , where over 200 victims lost their lives to shootings nationwide, including the Highland Park, Illinois tragedy.

Highsnobiety editor Jake Silbert was right. Supreme’s Vans bullet-holed sneakers provoked a “queasy” feeling, coming off as an insensitive release during a time when mass shootings are sadly increasing by the day.

Trust me, I get (and respect) that Lowman’s artistic style often touches on uncomfortable themes like climate change and violence in America, evident with works like his meteorology forecast map-inspired “Let’s Go” exhibition.

His first solo exhibit, the 2005 “THE END And Other American Pastimes,” introduced the artist’s now-recognizable bullet symbolism, which would decorate Lowman’s Supreme collab and the now-paused Vans sneakers.

Lowman’s been emphasizing the nation’s turmoiled history through art for years now, but the Supreme x Vans bullet-hole sneakers involved poor-taste timing, hence why I believe the brands pulled the plug on the release.

While many believe the overall Supreme x Vans bullet-hole shoes are a failed attempt at reading the room, Supreme loyals unsurprisingly still want the sneakers to see the light of day.

Since neither brand has officially confirmed the scrapping of the collab, I wouldn’t be shocked if the hype crowd’s prayers were answered down the road. 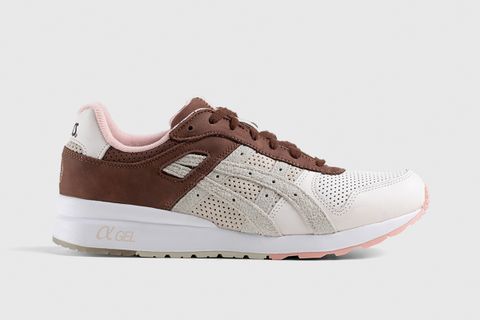