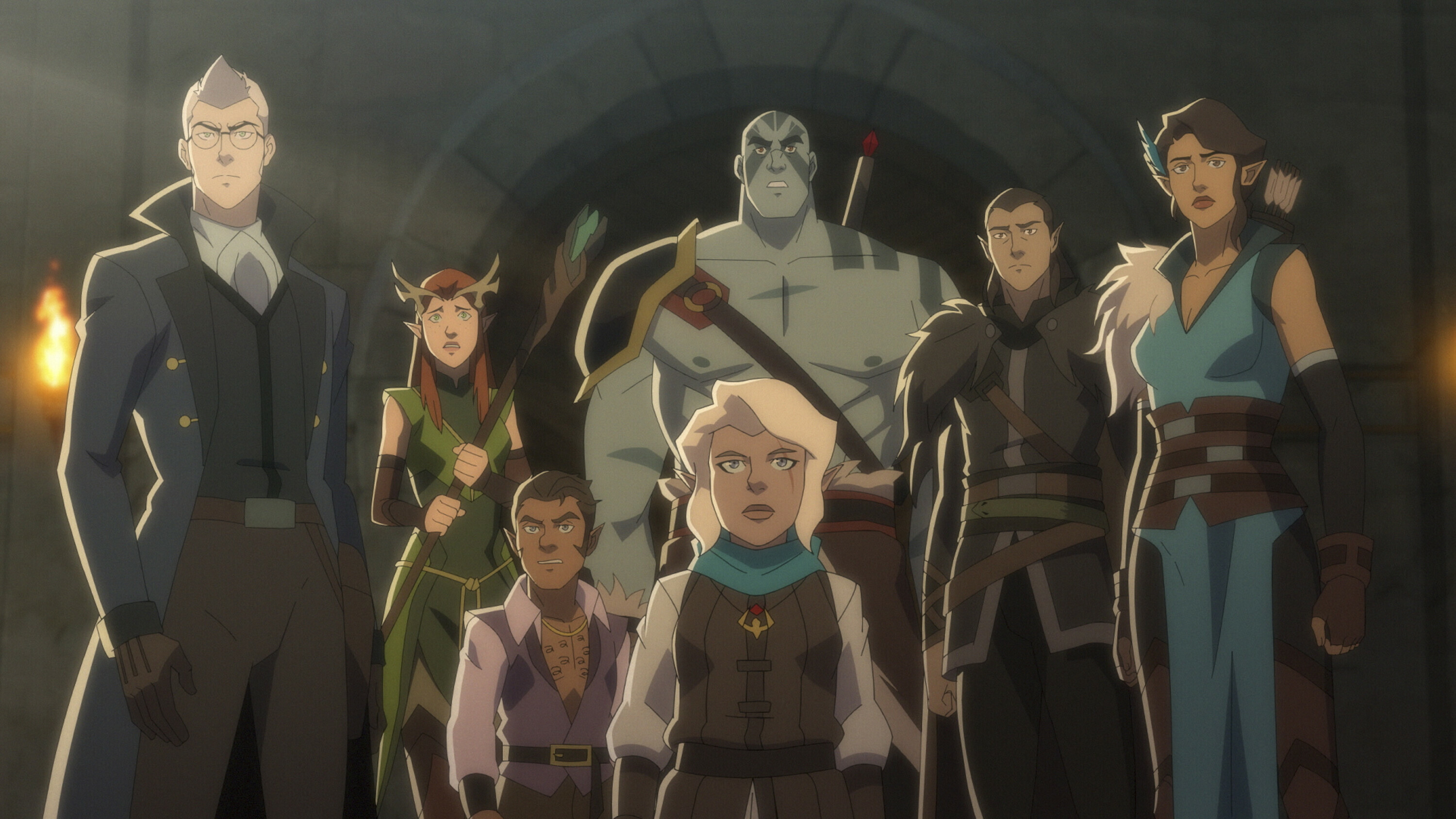 comes out swinging in its second season, with bigger enemies, more perilous quests, and a non-zero amount of butt stuff.

While you might not expect the latter from fantasy shows like, say, , raunchiness is par for the course here. Since The Legend of Vox Machina , it presents a combination of epic action and the kind of ridiculous (often filthy) banter you’d expect from playing a TTRPG with close friends — all wrapped up in a Saturday morning cartoon package, courtesy of Titmouse’s animation.

Season 2 of The Legend of Vox Machina picks up where Season 1 left off, with the band of heroes known as Vox Machina celebrating saving the land of Tal’dorei from destruction. They are: Grog (Travis Willingham), a half-giant with a killer rage; Percy (Taliesin Jaffe), a gunslinger who’s overcome the demons of his past; Keyleth (Marisha Ray), a druid coming into her own; twins Vex (Laura Bailey) and Vax (Liam O’Brien), who have depended on each other since their youth; Pike (Ashley Johnson), a cleric with a talent for healing; and Scanlan (Sam Riegel), the lustiest of bards. Unfortunately for this crew of adventurers, their merriment is about to be cut short by a group of dragons known as the Chroma Conclave.

The 5 best fantasy shows to watch if you liked ‘House of the Dragon’ and ‘The Lord of the Rings: The Rings of Power’ 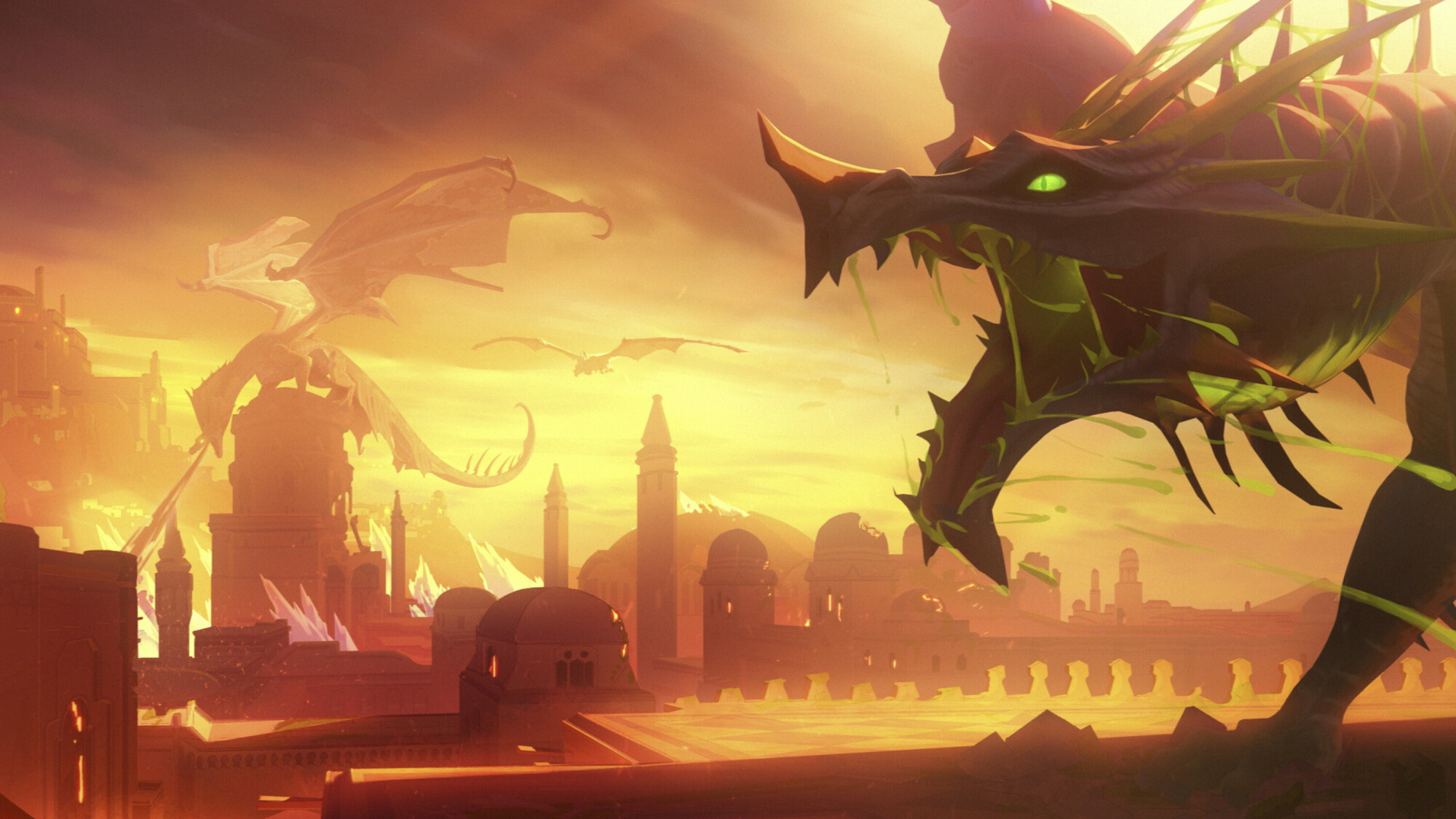 You want dragons? You’ll get them.
Credit: Courtesy of Prime Video

While Season 1 saw , Season 2 ups the ante with four bigger, badder dragons. Each member of the Chrome Conclave has its own specialized skill, from icy attacks to acid breath to good, old-fashioned fire, and they pack a mean punch. Their entrance right at the start of Season 2 immediately ups the stakes for the show: Vox Machina’s considerable skills are worth almost nothing in the face of ancient draconic might, so they’re forced to flee and regroup.

Our heroes spend the bulk of Season 2 hunting for the Vestiges of Divergence, ancient artifacts that may be the only tools powerful enough to stop the Chroma Conclave. While this premise may seem overly MacGuffin-y at first, The Legend of Vox Machina ensures that each attempt to acquire a Vestige pushes Vox Machina to their limits — both physically and emotionally.

Season 2 of The Legend of Vox Machina gives our heroes room to grow. 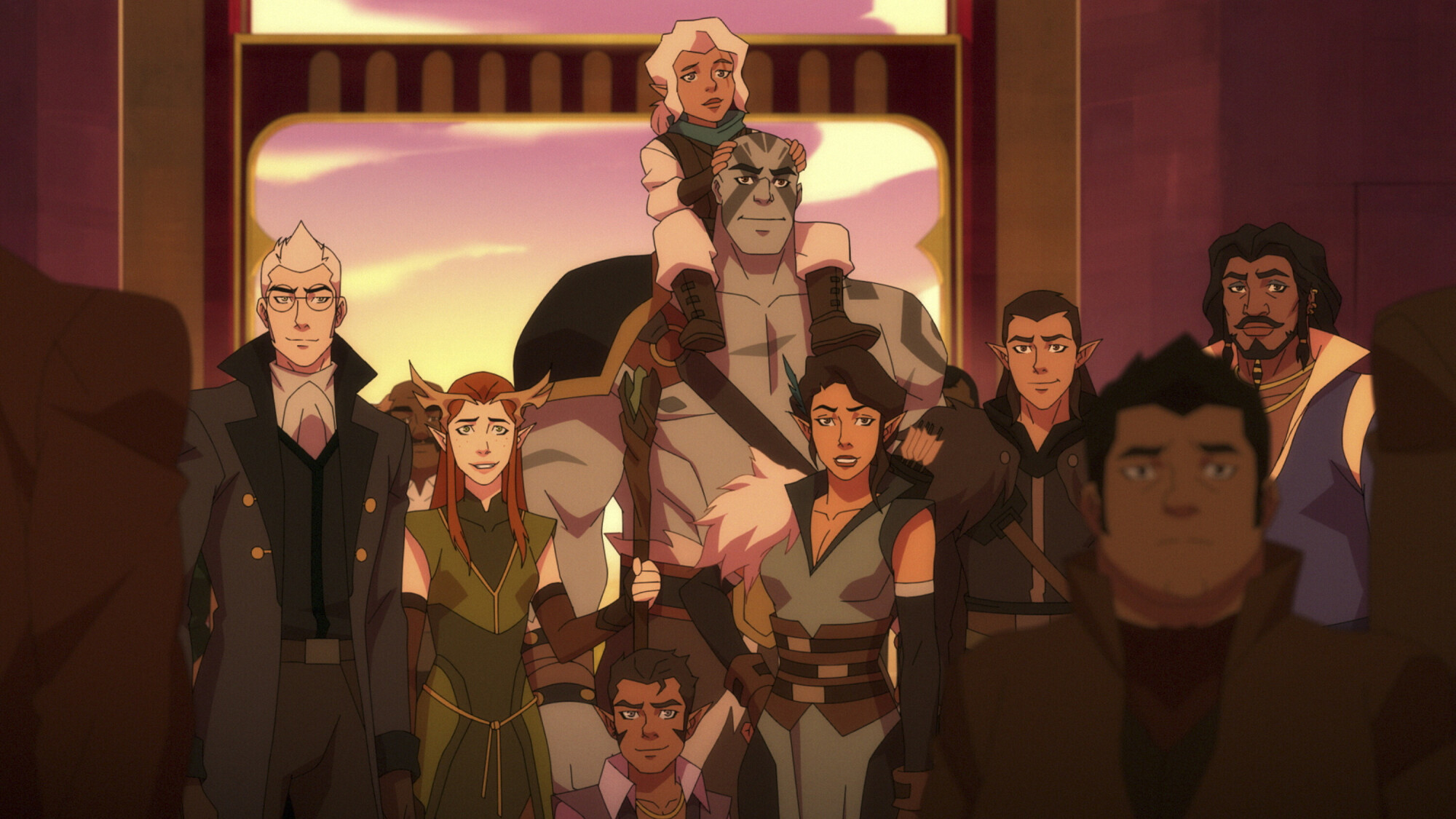 Time for some group bonding.
Credit: Courtesy of Prime Video

Obtaining the Vestiges is no walk in the park, but it does offer plenty of excellent opportunities for character development. As they undergo a variety of trials, Vox Machina will have to confront deep insecurities and haunting figures from their past. Even the most cool and confident of them — looking at you, Vex and Vax — can find themselves mired in self-doubt as dark secrets come to light.

These moments of inner conflict allow for some of the season’s most emotional and even cathartic character beats. Yes, we watch this show to see badasses kick butt, but we’re also here to see these badasses grow and become an even more tightly knit found family. The quest for the Vestiges opens the door for those familial bonds to strengthen.

This being The Legend of Vox Machina, all this character development takes place against a backdrop of zany fantasy goodness. New locations like sunken temples and the ever-shifting Fey Realm are a feast for the eyes, while the Vestiges of Divergence provide characters with power-ups that take the show’s already-cool fights to the next level. Then there’s the aforementioned butt stuff and general Vox Machina raunch, which certainly takes the story in directions you would never expect. But that’s the fun of this show: It may be unpredictable, but with its wild tone and cast of lovable characters, it’s always a damn good time.

The first three episodes of The Legend of Vox Machina Season 2 hit Jan. 20, with three new episodes airing every week.