The North Face Just Remastered Its Most Iconic Pieces

When Sally McCoy, Director of Equipment at , went on an expedition in 1987 in an attempt to become the first American woman to reach the peak of Mount Everest, it became the inspiration for some of The North Face’s most iconic products.

It was McCoy’s experiences on the mountains that would inform the creation of the Nuptse Jacket, a down-filled design that has pretty much become the gold standard for since then, as well as the Denali Fleece Jacket.

Both of these were launched in the early 90s Expedition System line by the brand, a line which was considered the most technologically advanced of its time. Now, for the first time in 30 years, it is looking back and remaking it with performance-driven improvements — and there’s some serious new tech.

Titled Icons RSMT, the new collection features all of the brand’s most famous outerwear along with some fleeces and waterproof pants to create a full selection of what you need for exploring the great outdoors.

This does, of course, mean new Nuptse jackets. Keeping the slightly cropped shape that was originally used so that it can be worn with a waist harness, the new jacket is crafted with waterproof recycled nylon, two-way zippers, and 700-fill waterfowl down for some serious warmth.

Similar treatment is also given to the RMST Himalayan Parka, with both boasting upgraded water and windproofing as well as secure-zip pockets and increased breathability.

The lightweight companion to these two bulky bits of outerwear, the Mountain Light Jacket, might just have the most tech to excite Gorpcore fans though. That’s because the jacket comes in Futerlight fabric, a new innovation by The North Face.

The fabric comes with a 100 percent waterproof certification from UL, where the same liquid integrity testing as that for firefighter gear was used. But what makes this fabric impressive isn’t just how waterproof it is, but that it is highly breathable (or air permeable, for the outdoor gear nerds) without sacrificing waterproofness or durability.

The ultra-thin, lightweight fabric was tested for over 400 continuous days by the brand’s elite athlete team, including time spent on Mount Everest. It’s also used for a matching pair of pants to create a full fit that can handle far more than just a rainy day in the city.

To be worn under the jackets, since the original Expedition System line was focused on layering, there’s also a new version of the Denali fleece jacket, which has been upgraded with reflective detailing, taped seams and zippers, and wind-resistant WindWall fleece fabric.

Available to shop now, check out the new drop below for some gear that will leave you primed and ready for the upcoming winter. 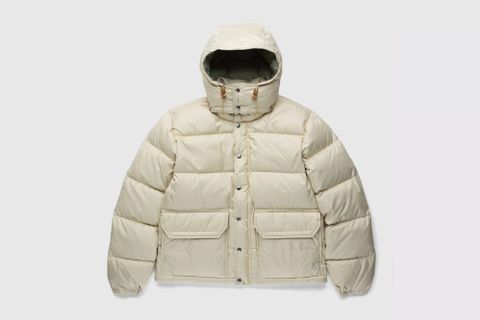 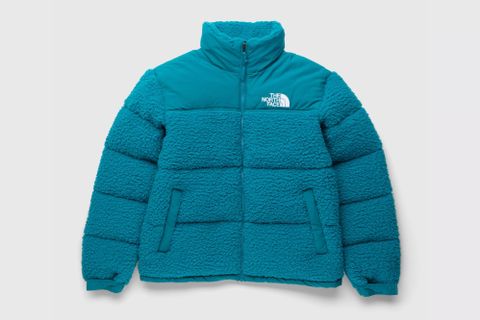 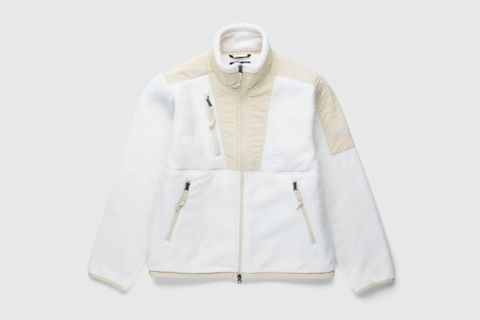