Whether you believe in global warming or not, it’s hard to deny that the past days have been setting records when it comes to abnormally hot temperatures. Some countries that normally don’t experience such hot and humid weather were caught unprepared, while others cranked up the air conditioning, which meant higher expenses and more carbon emissions. Though we now experience greater amounts of heat, the problem isn’t unique to our history. There was a time when humans didn’t even have electric fans to help them keep cool, and they used more natural and environment-friendly methods instead. There is some wisdom to those ancient ways, and one particular idea uses these methods to help cool the surrounding air while also looking like sculptural art at the same time. 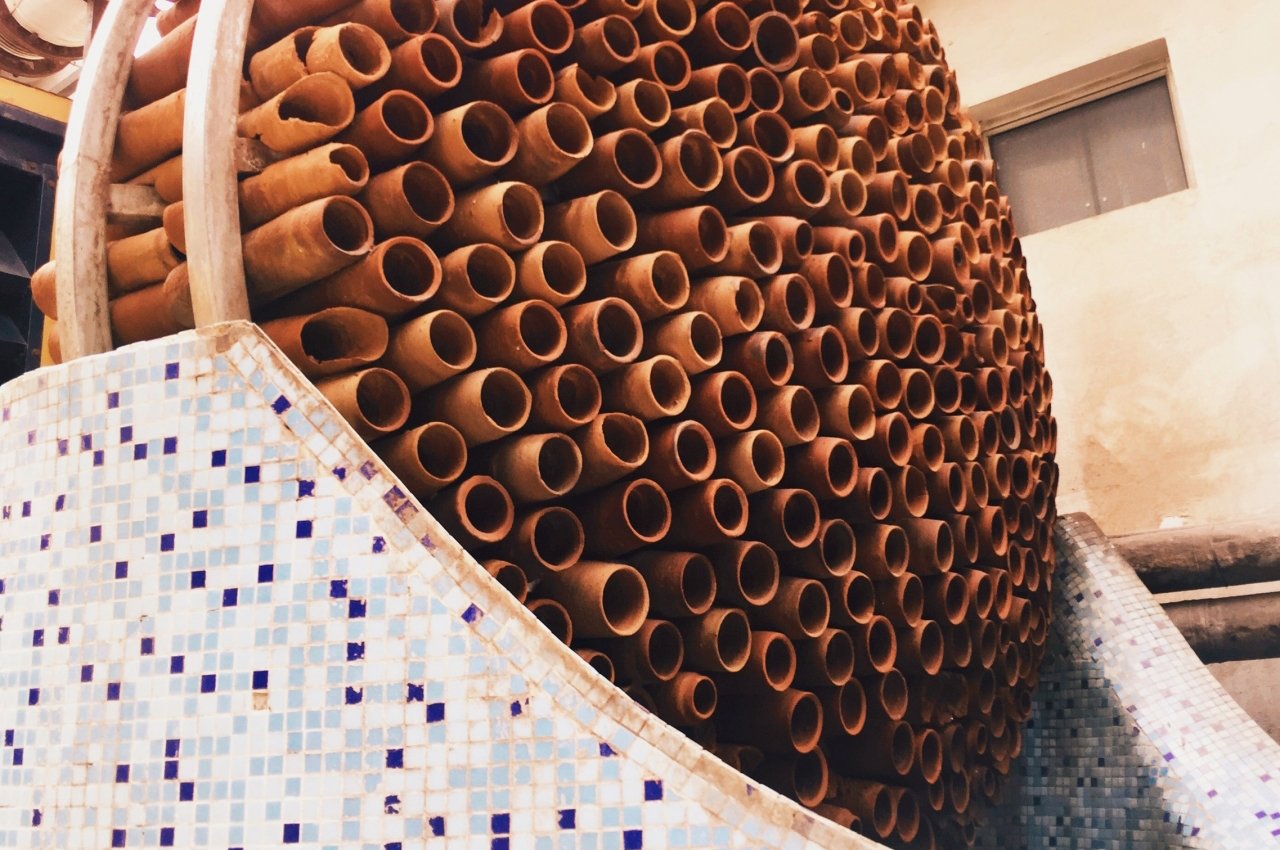 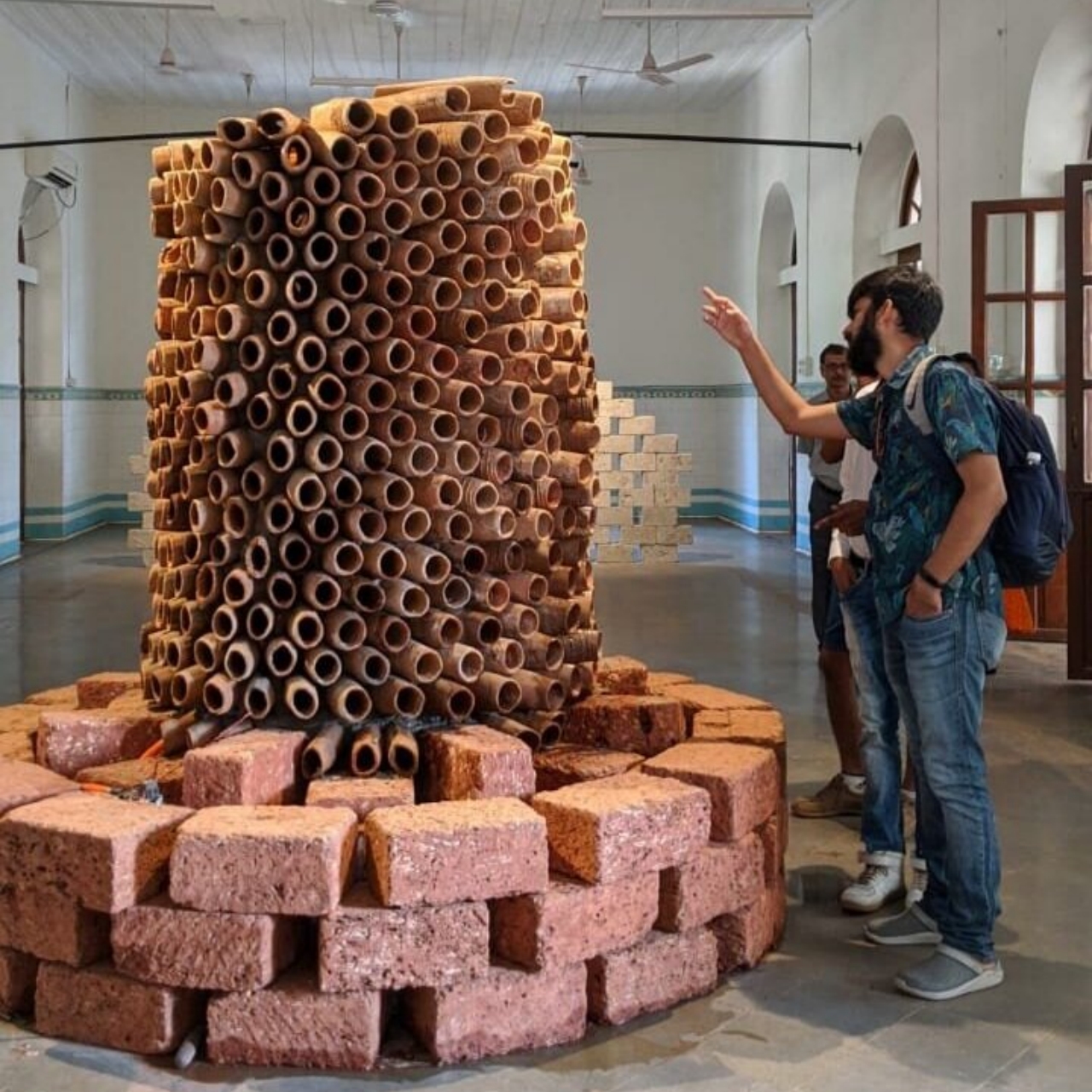 Evaporative cooling has been around since the time of ancient Egyptians and Romans, who used water and clay to cool the air inside their houses. When water evaporates, it carries with it some of the surrounding heat, effectively reducing the temperature in the area. Egyptians fanned porous jars of water while Romans coursed water through walls. We can easily create similar cooling solutions these days, too, especially with a little help from modern technology. 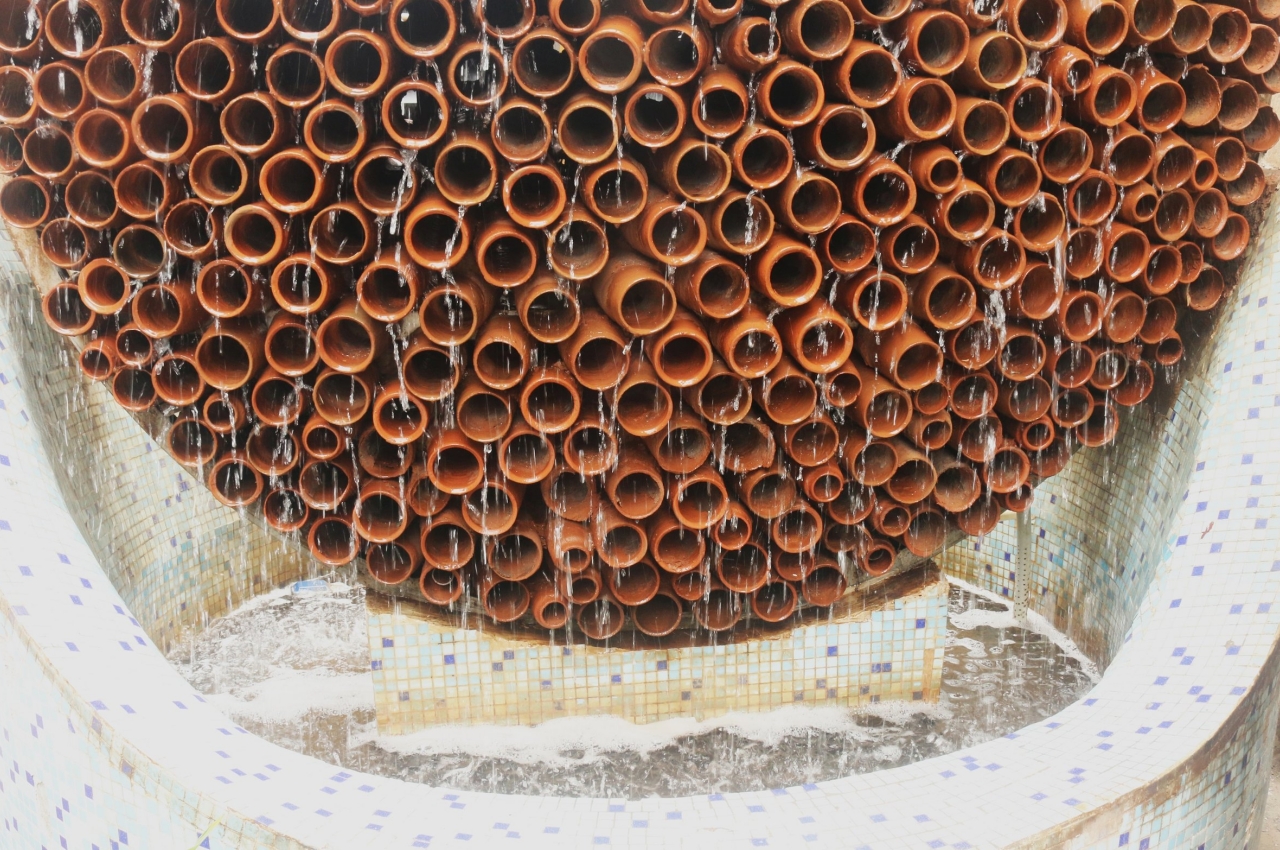 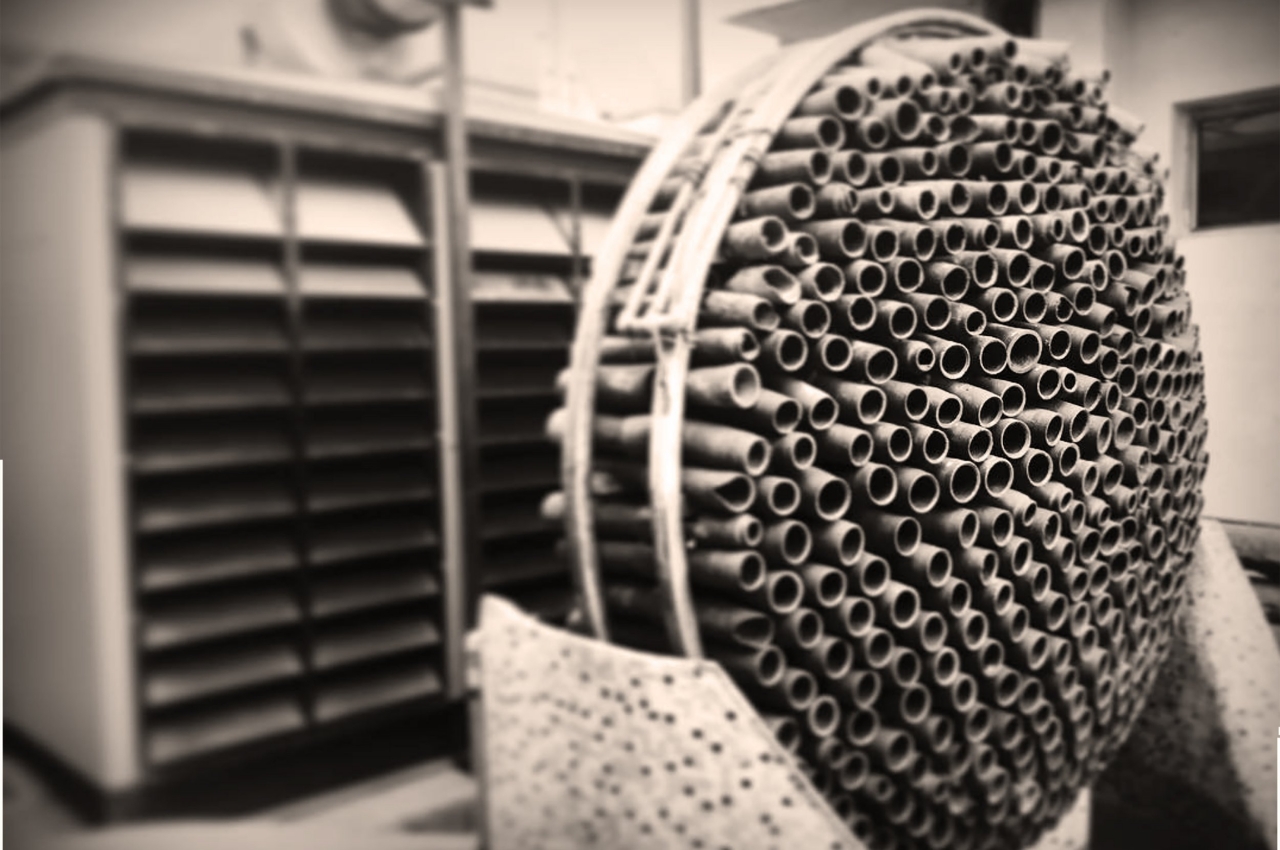 There are two major components to this kind of cooling system. First is clay, which has hygroscopic properties that let it attract water more easily. Water is the other element, and it flows around clay cylinders in order to create an evaporating cooling cycle. That water doesn’t go to waste and is recycled and pumped to the top of the structure again. Given the qualities of terracotta material, this system is almost 100% sustainable, except for the electronics and fuel used to recycle and pump the water. 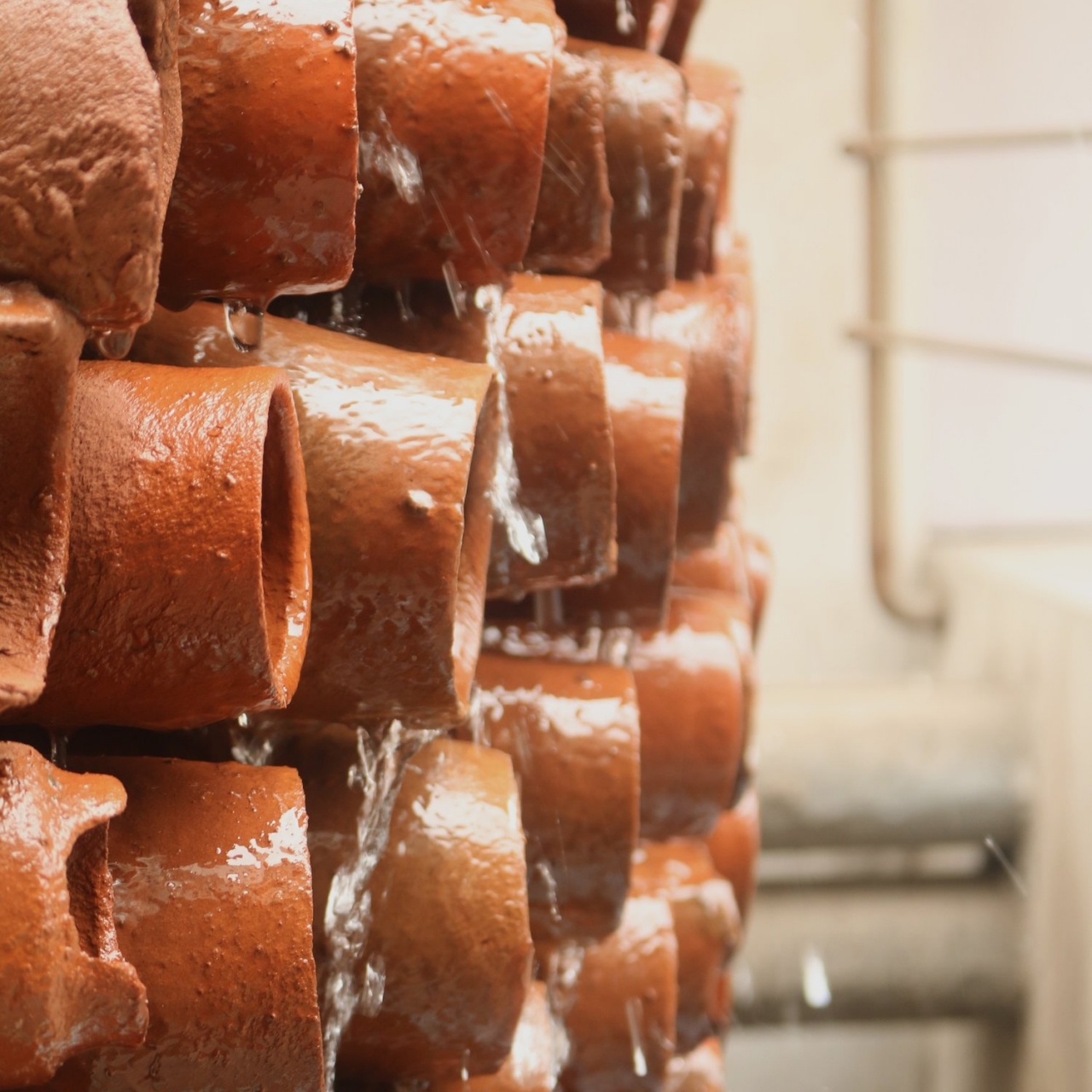 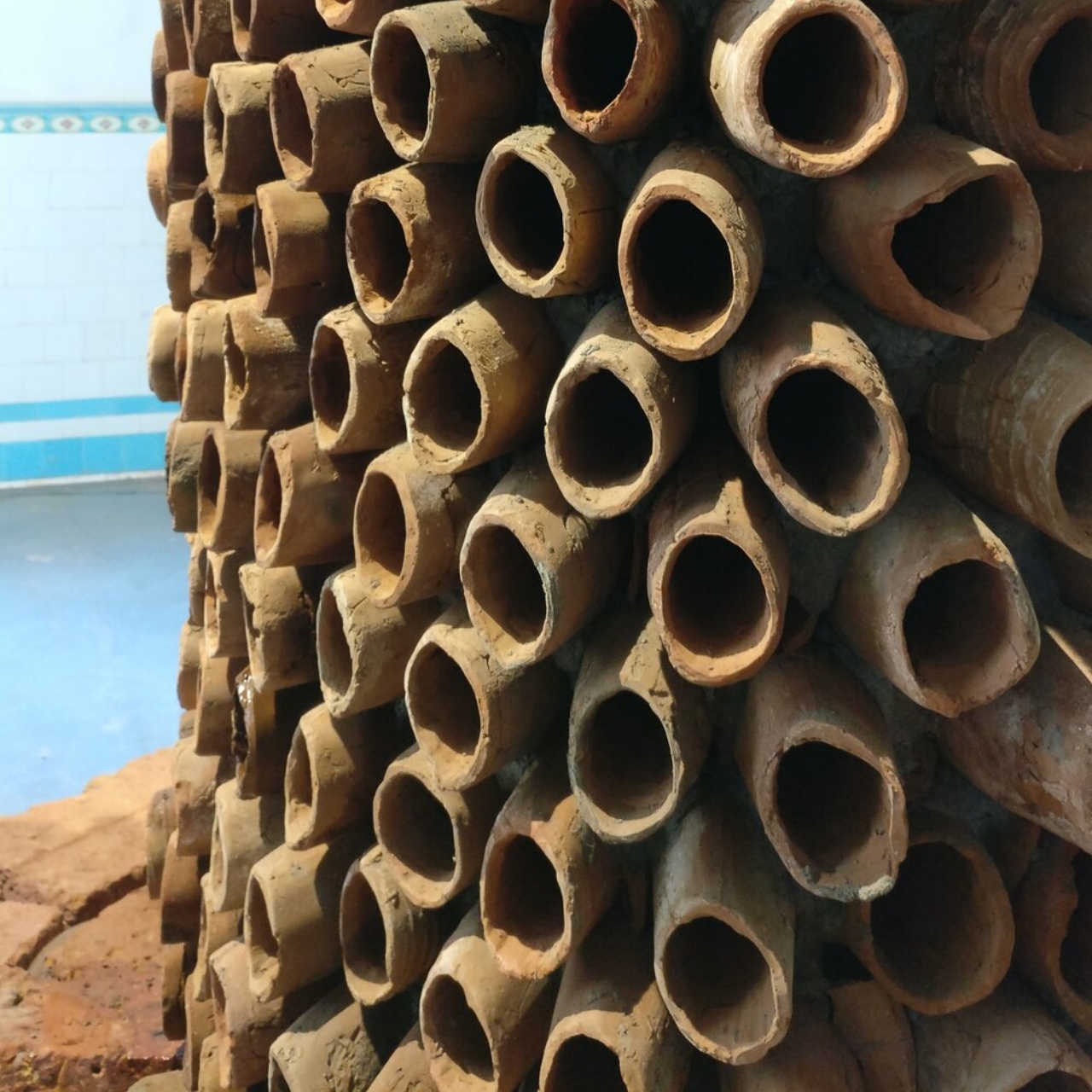 ant.studio also puts an artful twist to these evaporative coolers. Beehive binds the terracotta cones and cylinders into a circular form, creating the semblance of a section of a beehive. CoolAnt Coral, on the other hand, piles these pieces into a pillar akin to underwater corals or tall beehives. Though it could give some people shivers, the functional art installations have a distinct character to them, especially after you find out what they can do. 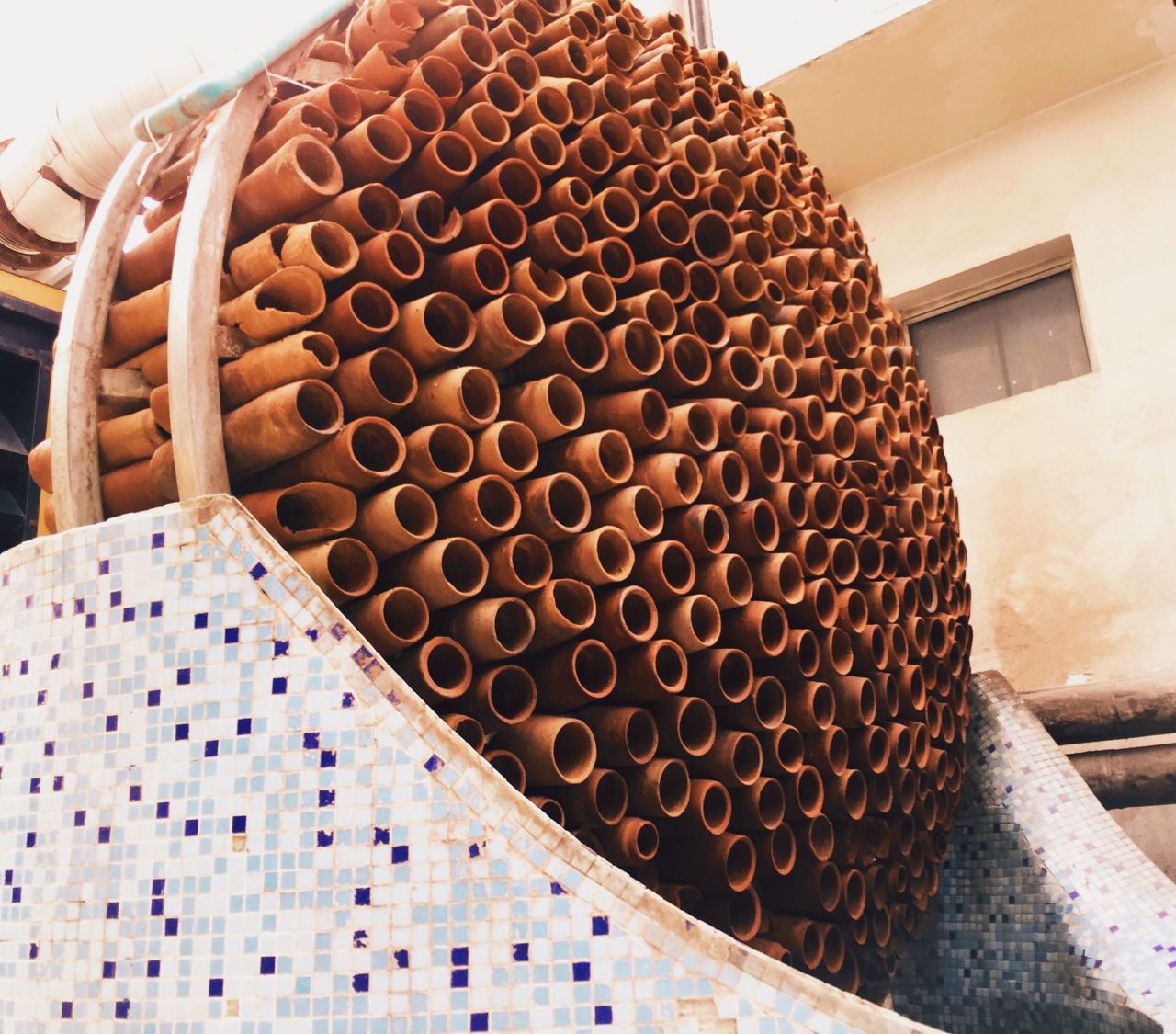 Admittedly, evaporative cooling won’t work everywhere, and it comes with its own drawbacks. Evaporating water, for example, increases the humidity in the same area, which may not be ideal for some situations and for some people. There’s also a fair amount of electricity involved, so it’s not a complete win-win situation. 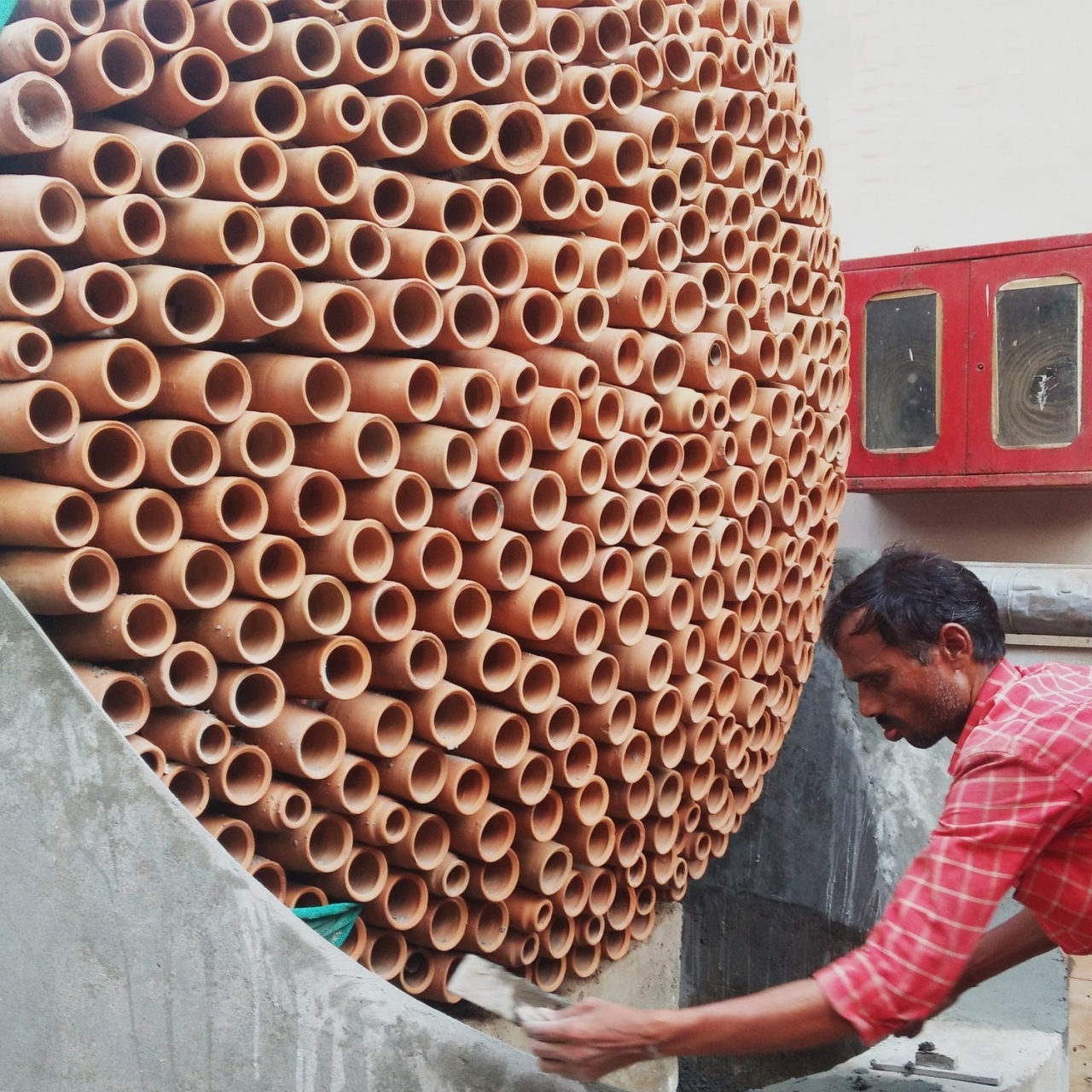 That said, both Beehive and CoolAnt Coral help provoke the mind to look for more sustainable solutions and fast. This heatwave might not be a simple fluke and could just be the start of something worse, and typical cooling solutions only contribute to the long-term problem while providing short-term comfort. These designs also prove that our ancestors might have been on to something with their clay pots and in-house aqueducts, and it’s up to us with our modern technologies to design something better. 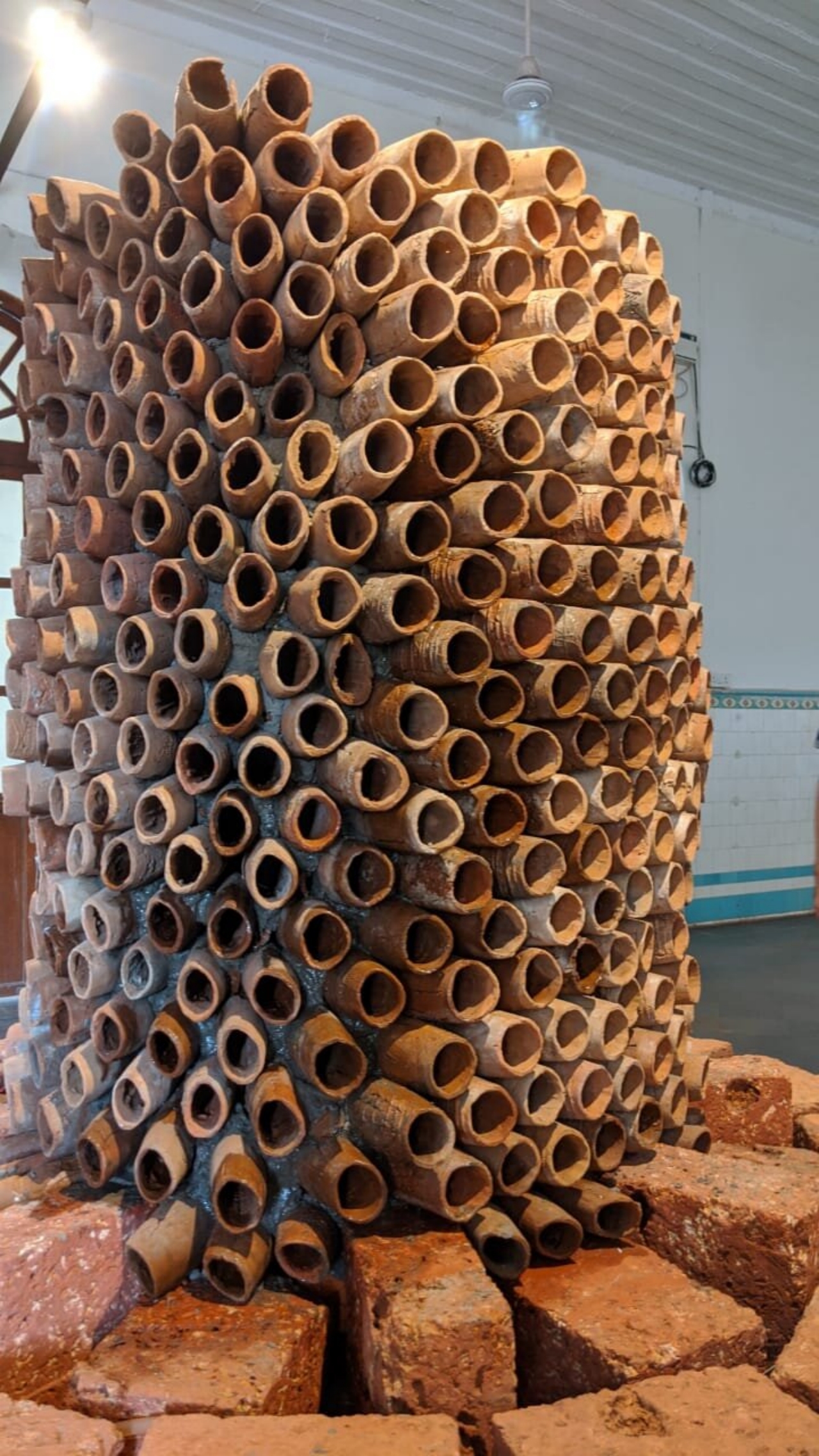