This house-shaped inflatable tent sets up in a few minutes, amplifying your camping experience 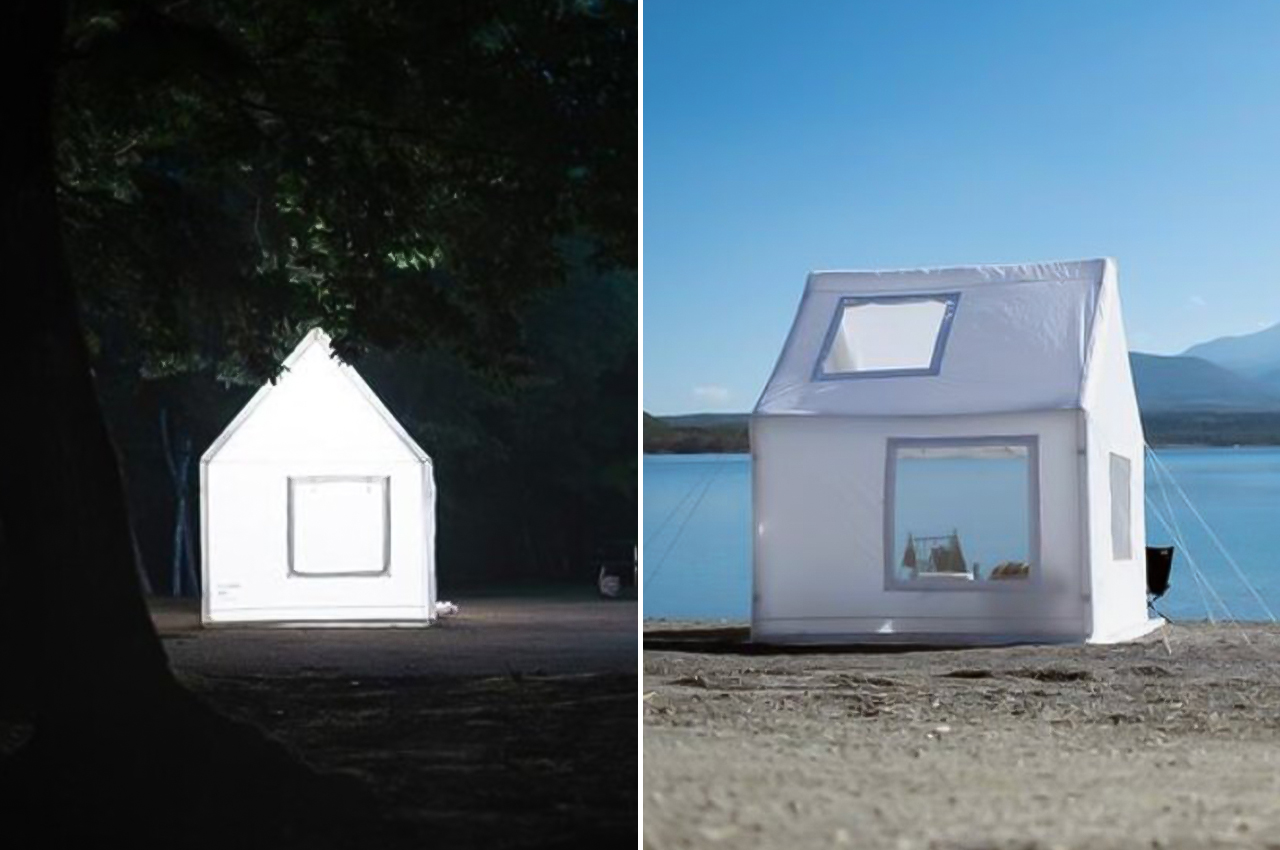 If choosing between spending time at the beach or going camping, I will always go with the former. But what if you could do both? Well I’d still prefer to spend my time at the beach at a hut or in a room but for those who are fans of camping, this new product from Air Architecture may be pretty appealing. What if you could bring with you anywhere a small, portable house, whether at the beach, in the forest, or in your backyard? Yes some would call it a tent but this one looks more like a house. 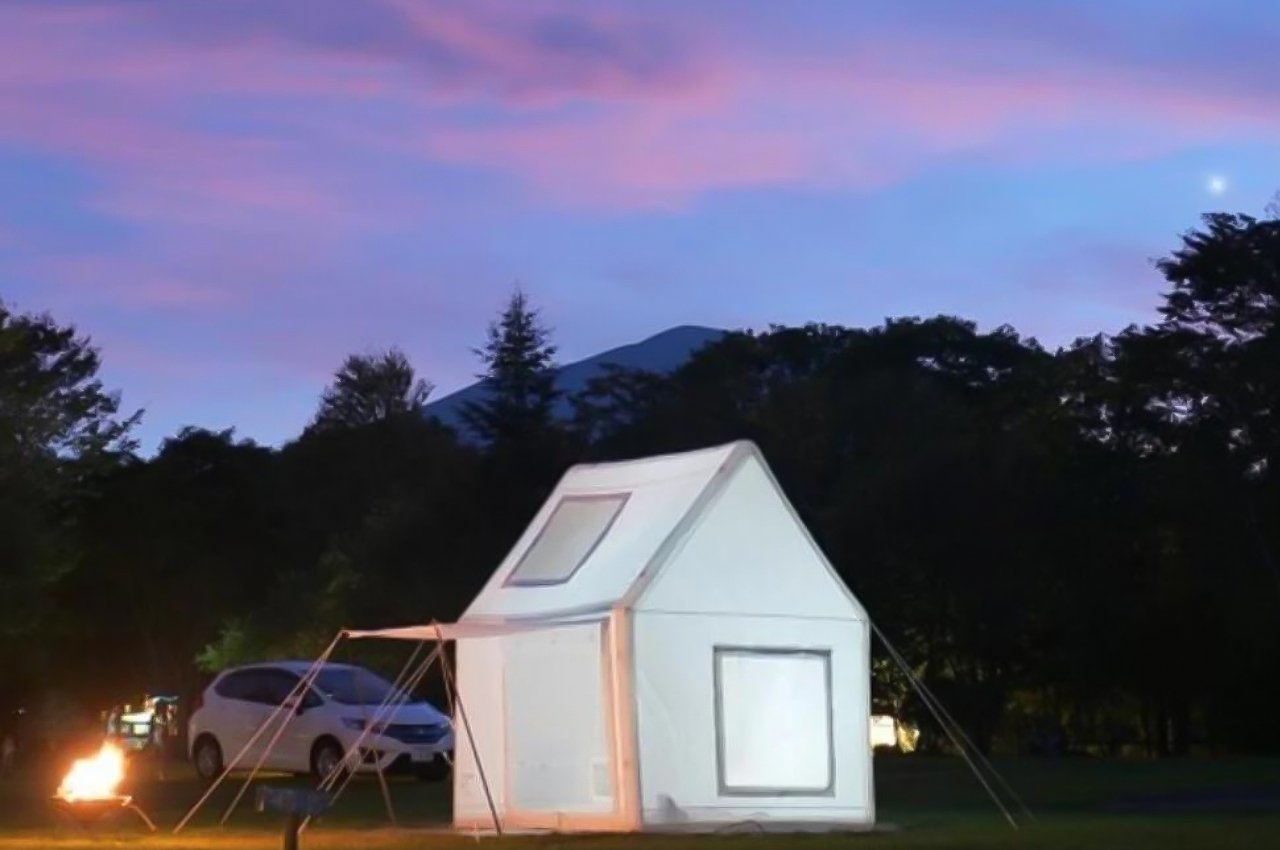 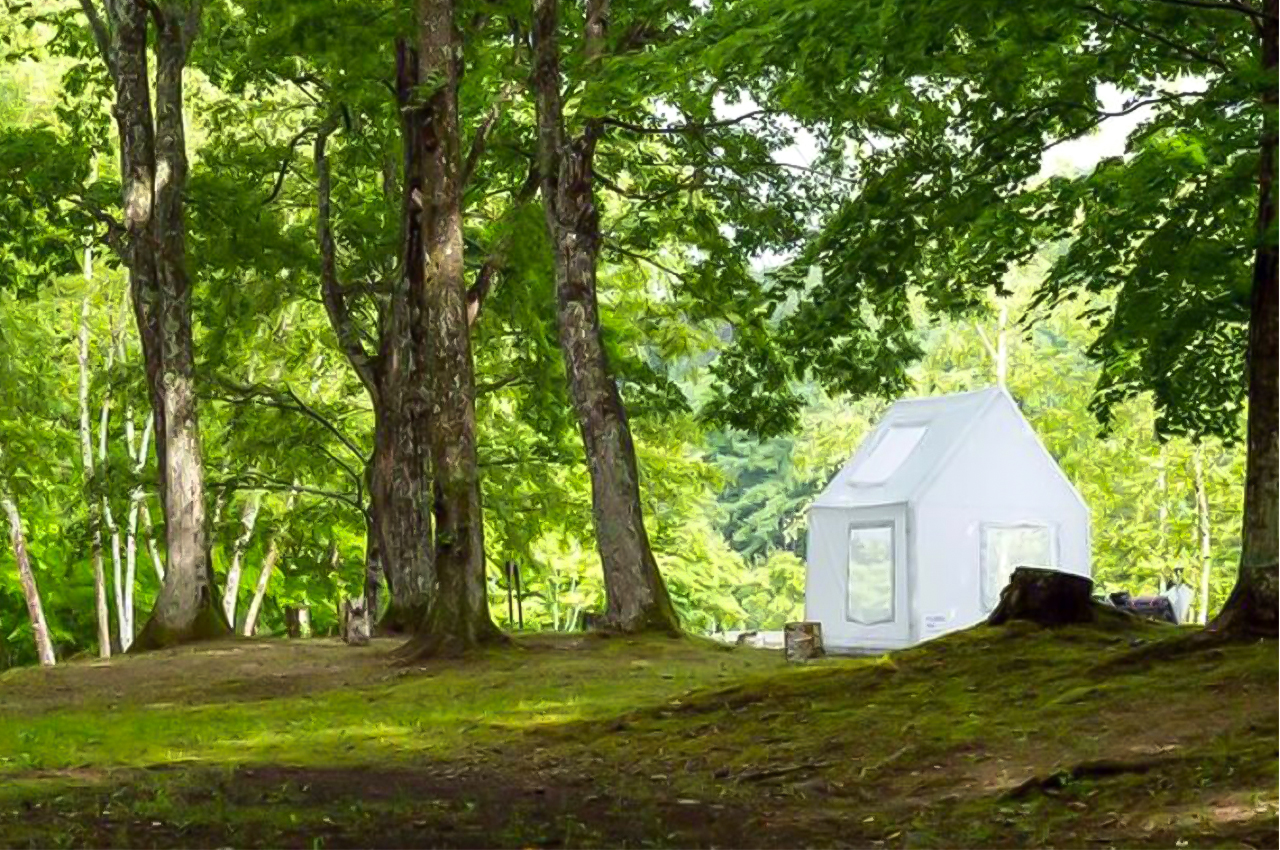 This inflatable tent is designed after a “classic” house, meaning those that you drew on paper whenever you’re asked to draw a house. The simple design with the triangular roof and the rectangular body matches the white color of the structure and it can fit anywhere you want to bring a house to. It has an airframe with a TPU pipe with a diameter of 120mm, thickness of 0.3mm and covered with 210D Oxford polyester. Because it has a polyurethane coating on the fabric and seams, this can be used during any weather conditions including rainy weather. The polyester fabric also makes this fire-resistant, waterproof, and more importantly maintains the sharp form needed to keep it up. 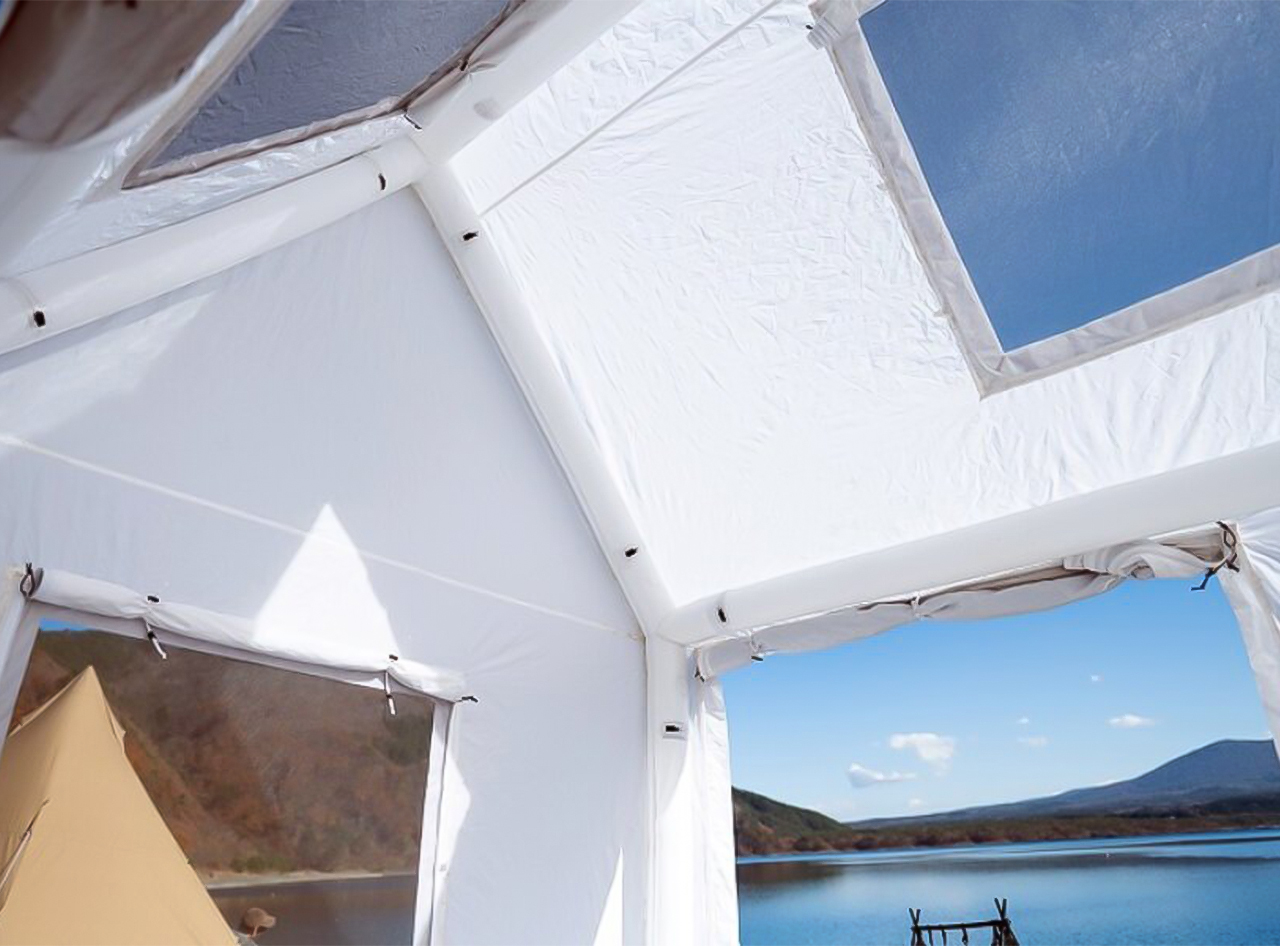 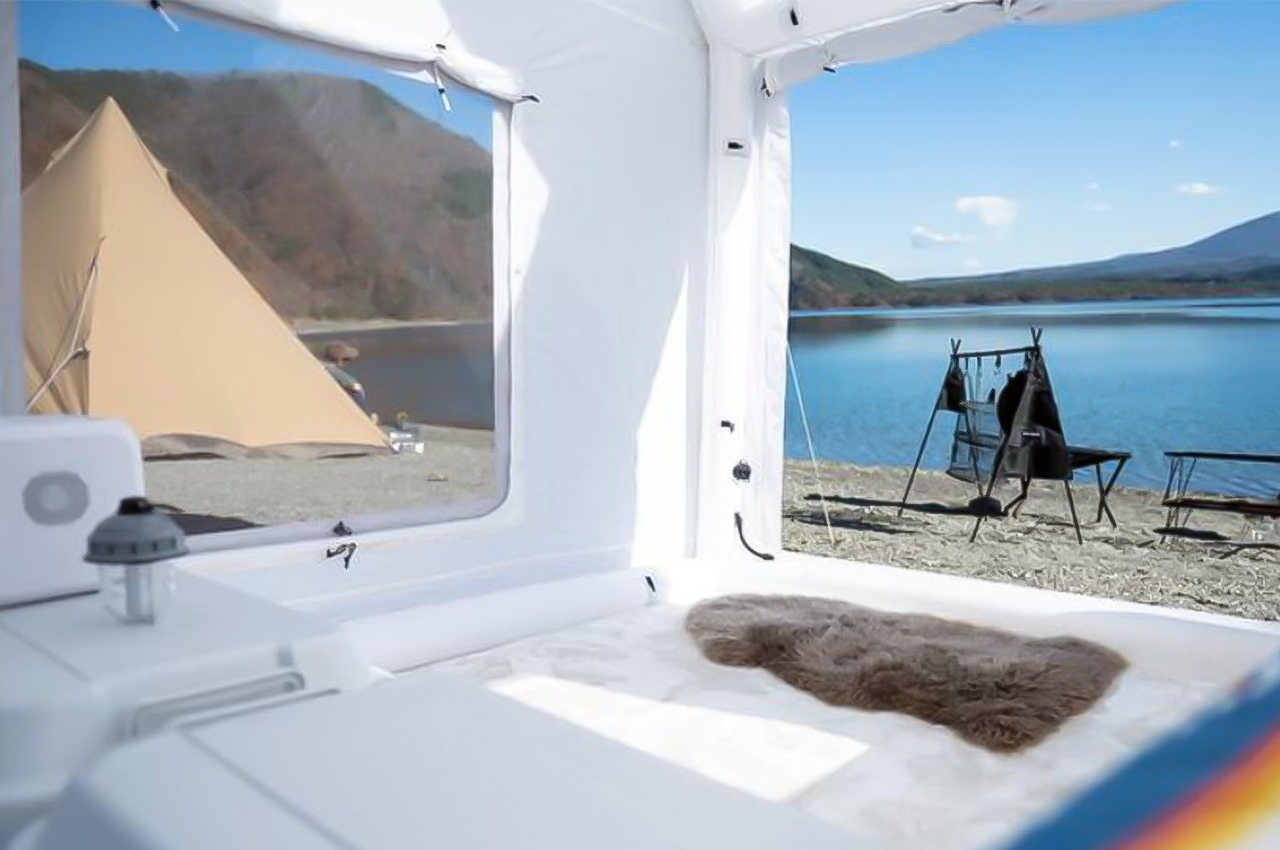 Setting it up should be easy, at least on paper. After taking it out of its carry bag, make sure you have enough space to blow it up to its 2.4 and 2.2 m size. Open the valve, put in the nozzle, and then pump in air into it for around eight minutes. Once fully blown up, you’ll get a house that has a high ceiling, windows that can be opened, and enough space for you to move around and put some stuff in, unlike with a normal-sized tent. When you open the windows, you get to be one with nature, whether you’re in a forest, at the beach, or wherever you’re setting it up for your camping trip. 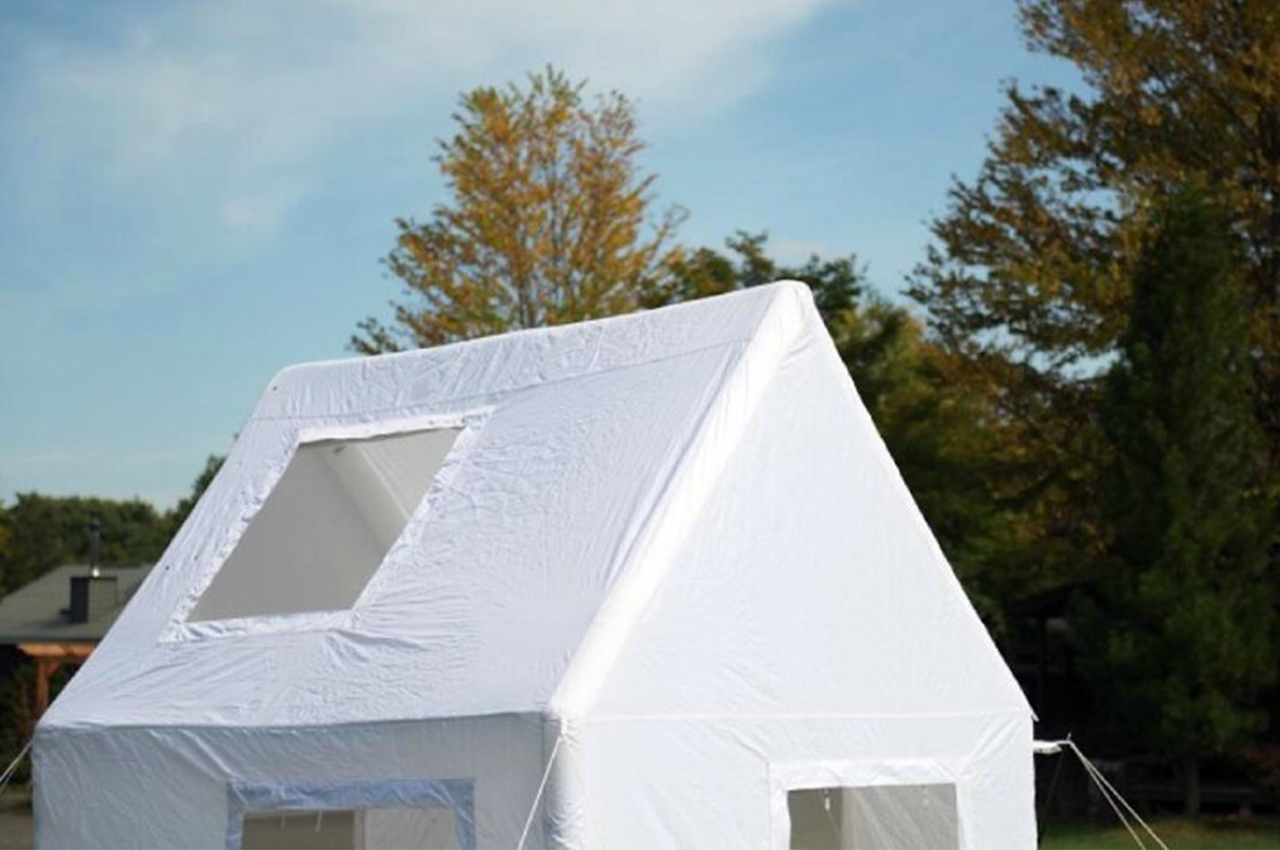 The white color also makes it stand out during the daytime and at night time, it glows in the dark when you turn on a white lamp inside. It’s designed to be “a piece of cloud” that can blend in whatever environment you put it in. While I’m still not a camping person, you might be able to persuade me to stay in this tent house at the beach, while listening to the waves lapping in the ocean. 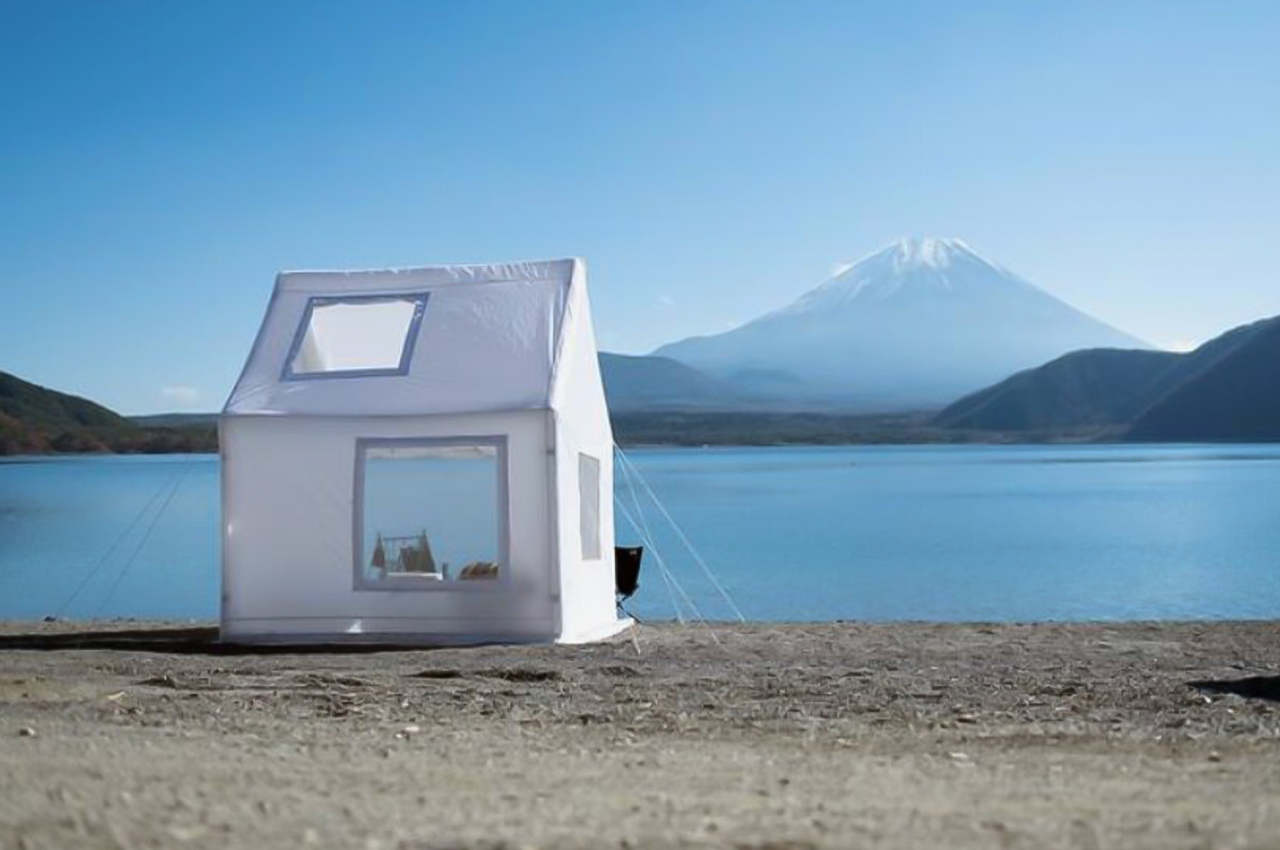 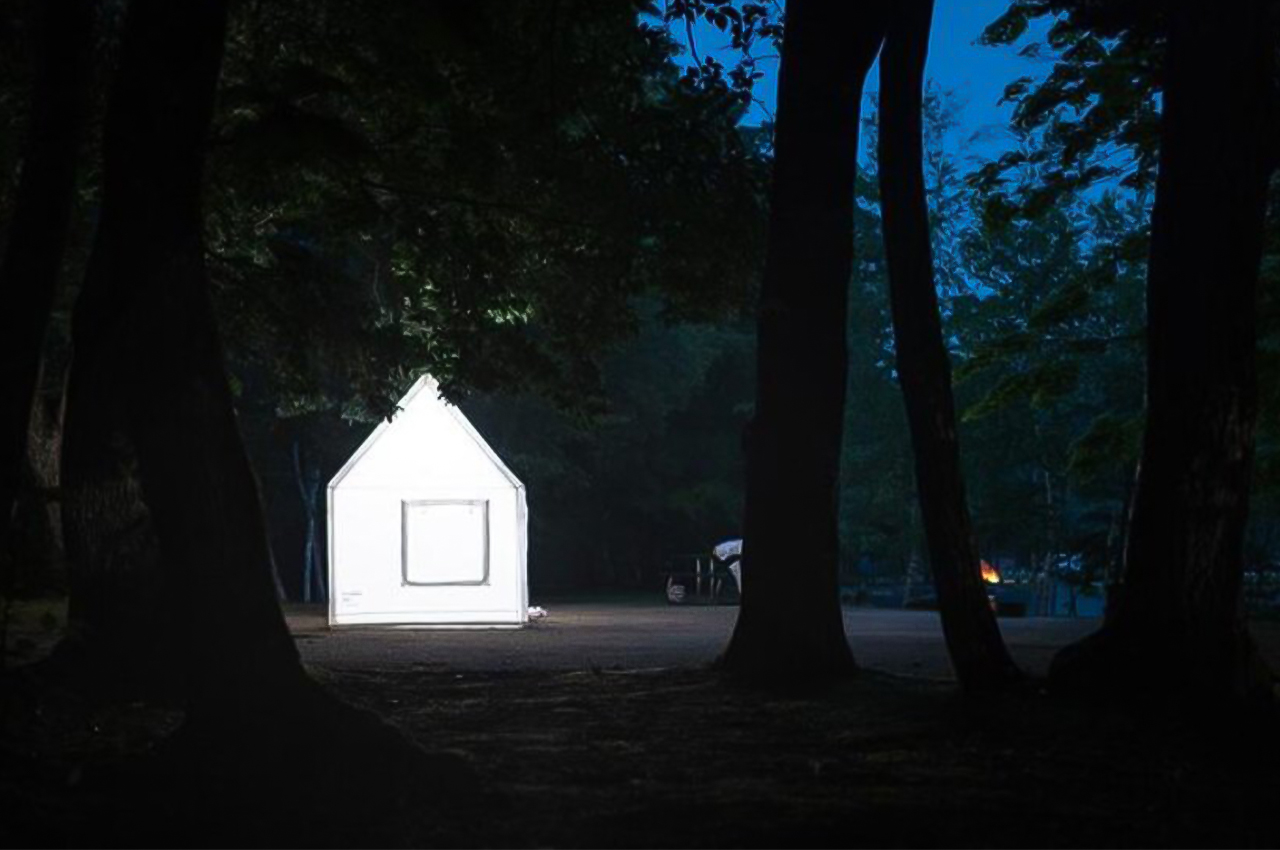