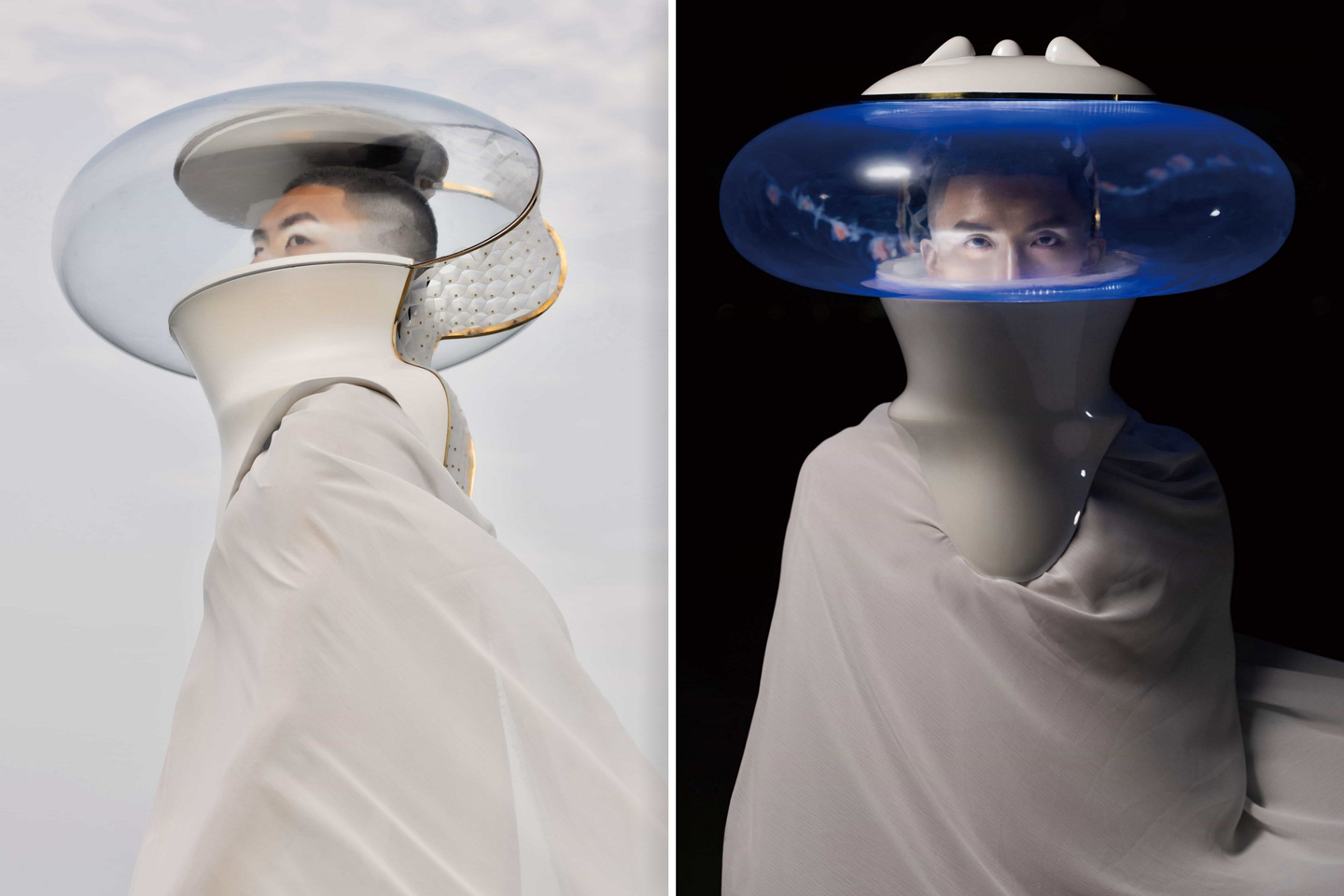 A winner of Young Pin Design Award, the Voice In Sight is futuristic fashion that enables communication even when we’re all living in our own concealed bubbles.

The idea for the suit was born in part because of the pandemic, but also the need to have fresh clean air to breathe no matter what. In its current form, the Voice In Sight is a full-body robe and a wearable piece of headgear that resembles something an astronaut would wear. Concealing your face behind a clear bubble-shaped visor, the headgear has a breathable membrane on the back that allows filtered air to pass through, and comes with a set of lights on the top and bottom that illuminate when you speak, alerting other people that you’re saying something. The concept is an entirely speculative project for now, aimed at analyzing how voices can be made visible in a garb where sound can’t be easily transmitted. 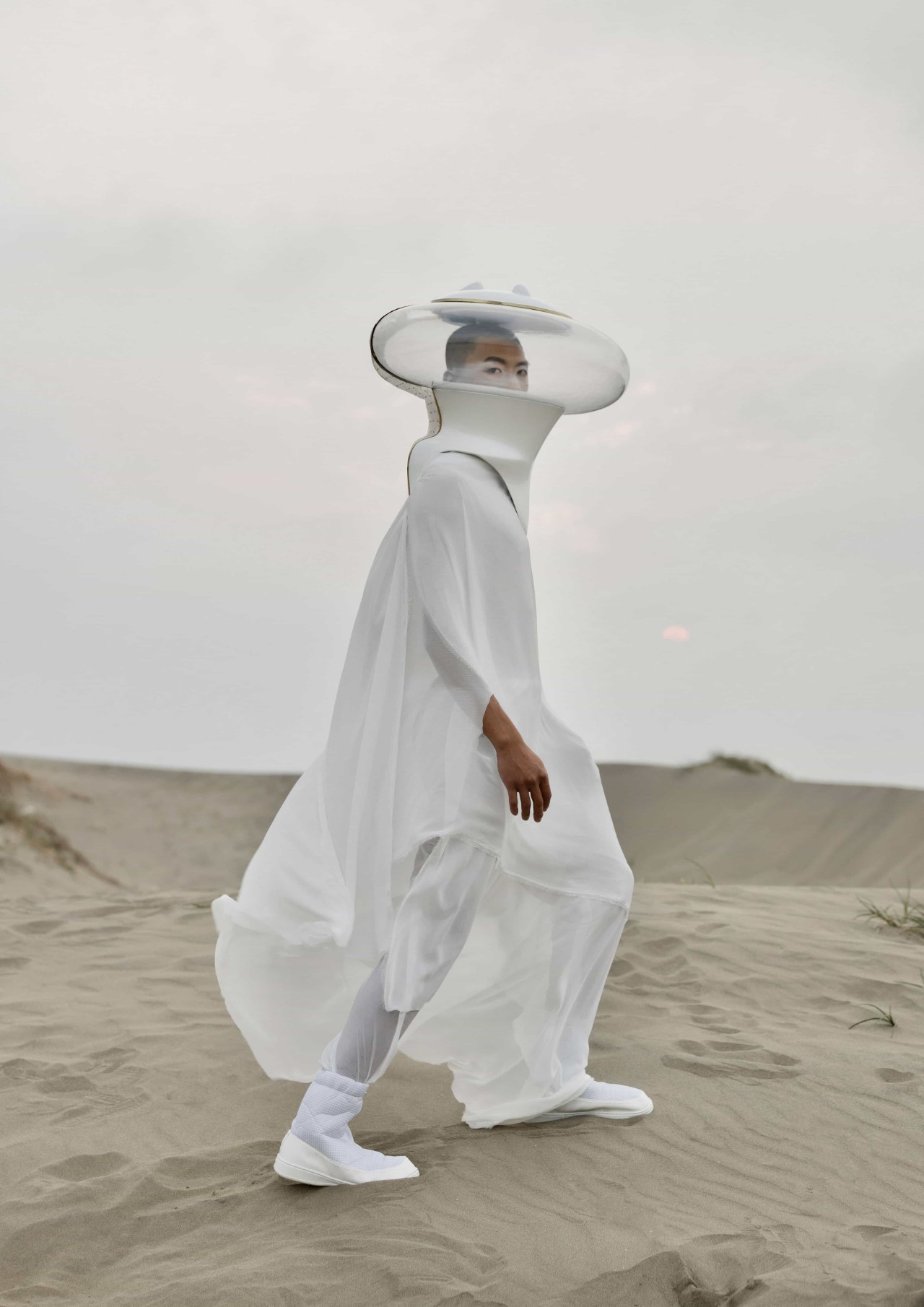 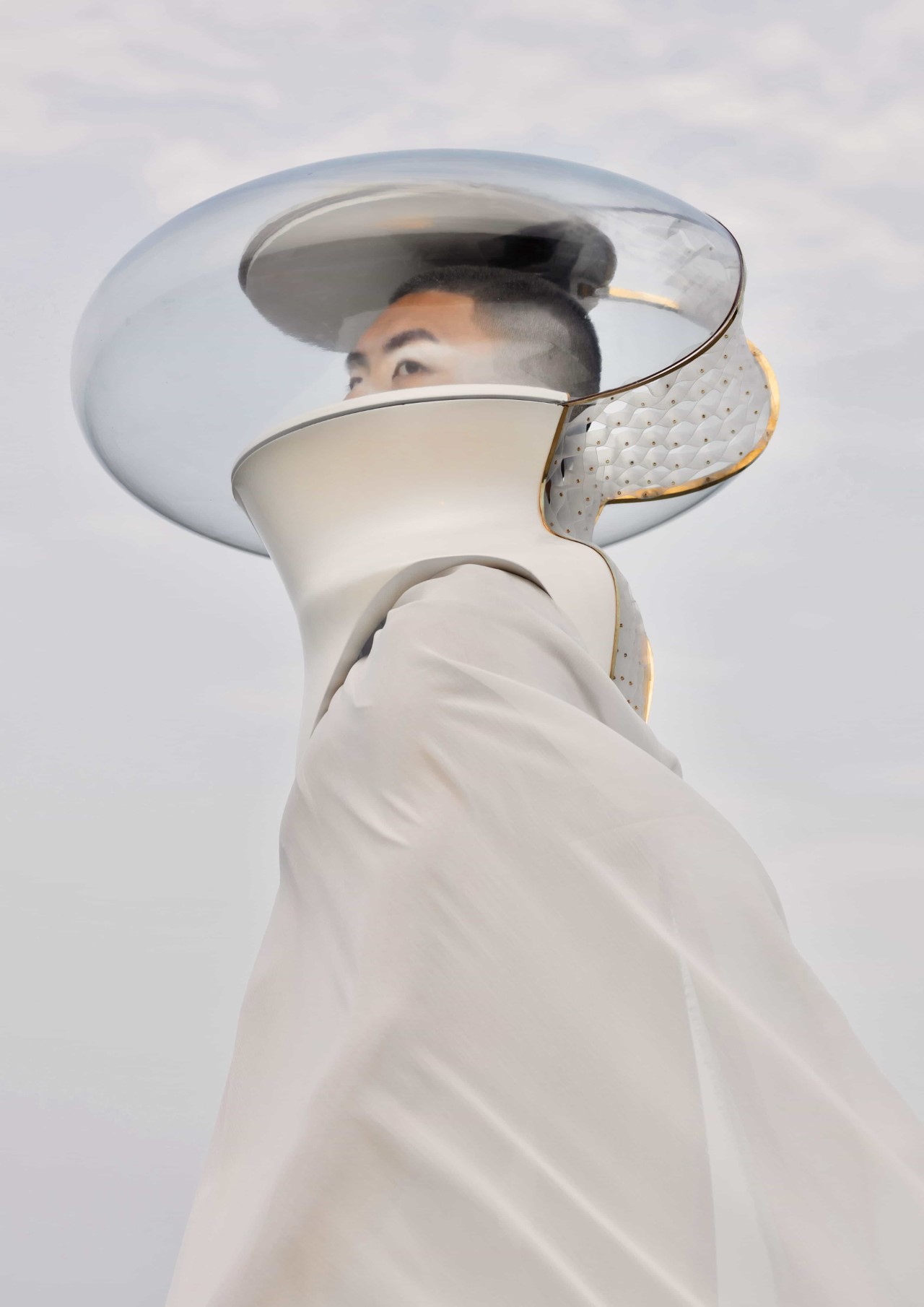 As the name suggests, Voice In Sight turns audio into a visual cue. “How do we make sounds visible? In the design of an accessory, the sound is converted into waves of colors and played visually, bringing with it an unprecedented sensory experience,” says designer Jia-Yu Ku. The work creates an out-of-the-box fashion in the form of a wearable device to showcase a unique integration of aesthetics and future technology.​ 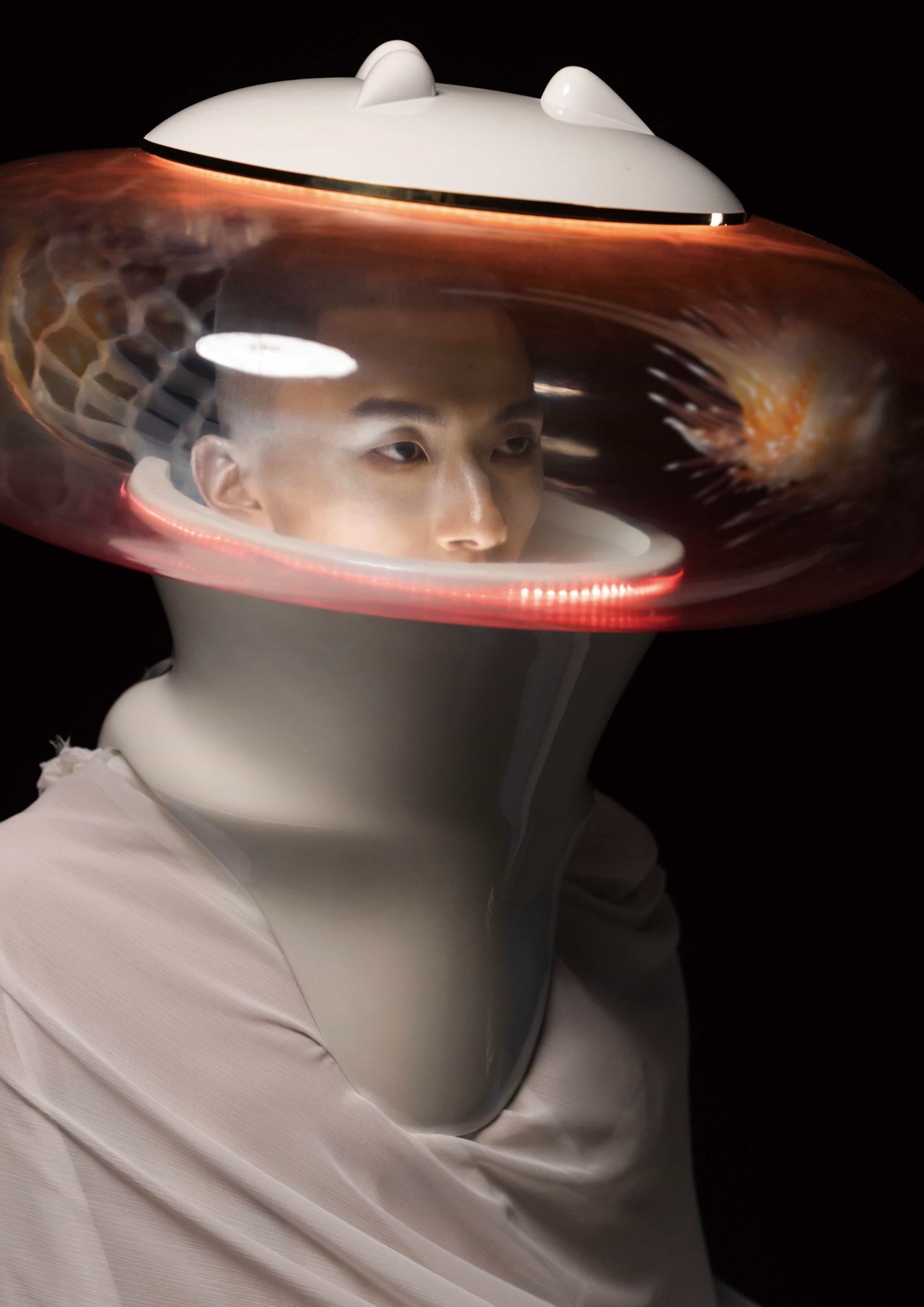 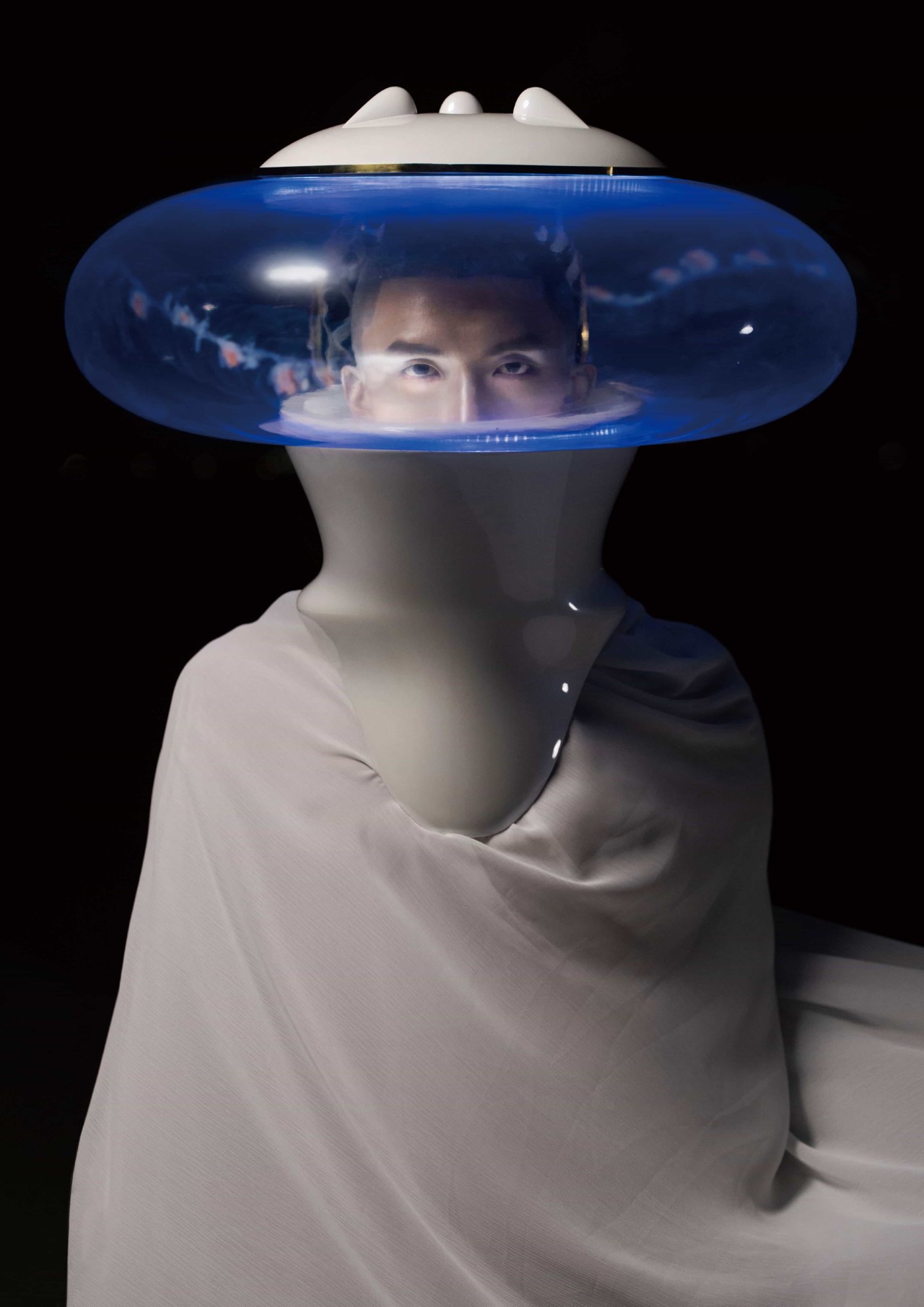 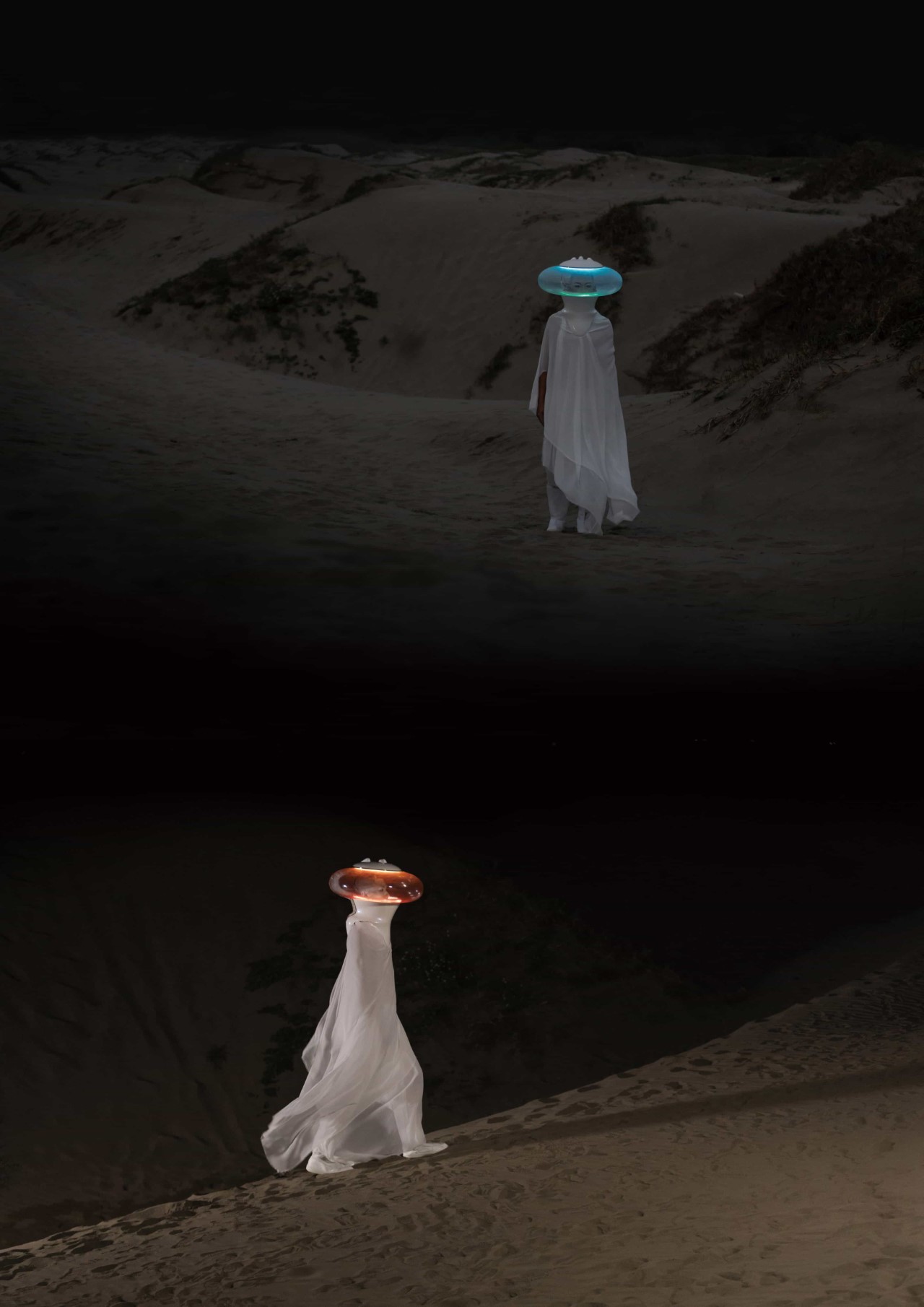