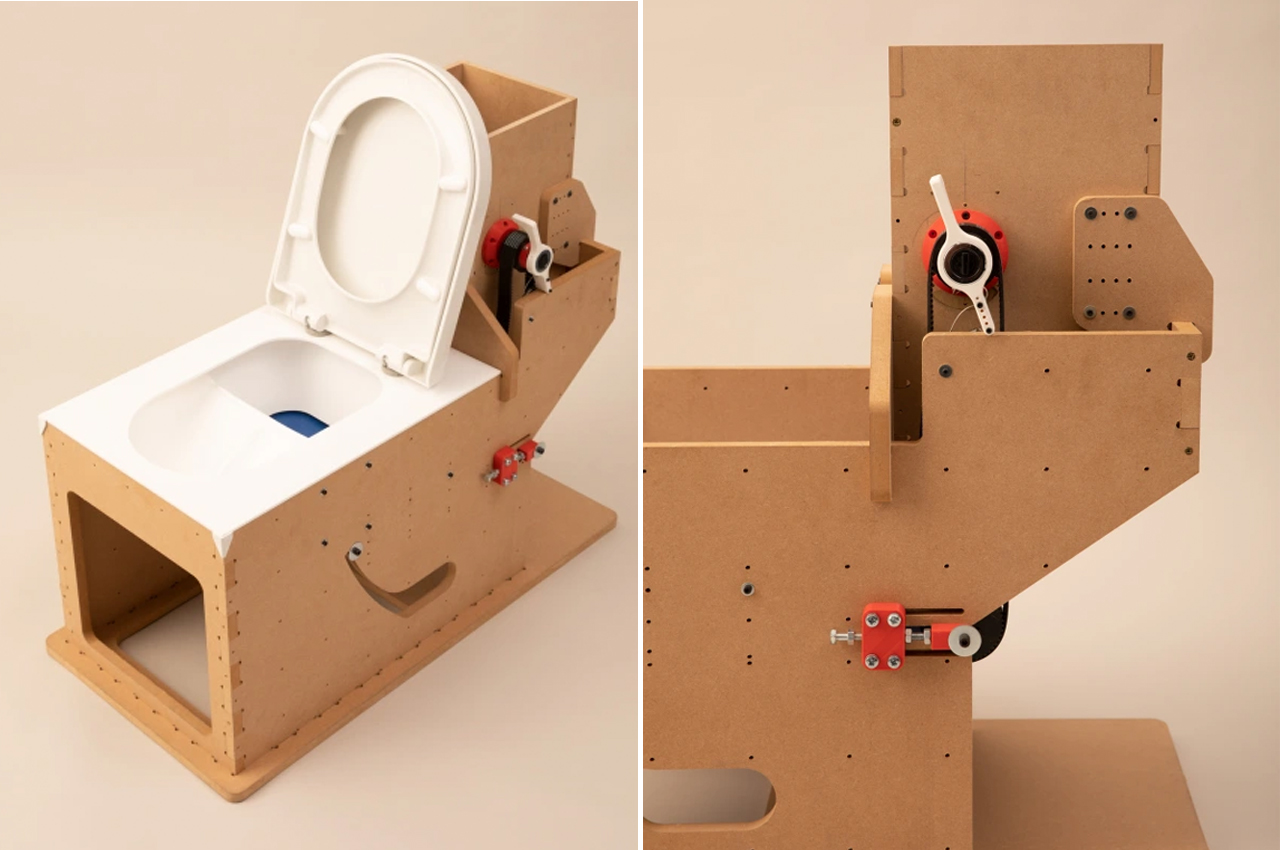 In a world, where sanitation is considered a luxury and not a basic necessity, and 500 million people are still defecating in the open, this off-grid toiled called Sandi, designed by Brunel University graduate Archie Read, is a complete blessing. This sustainable toilet solution is aimed at rural areas where basic amenities like water and electricity may be unavailable. The idea for Sandi hit Read when he was working for a toilet company called LooWatt. LooWatt’s unique toilet system collects waste in a biodegradable polymer film, which although an innovative product, is still meant for urban cities. Although Sandi is still a concept, if transformed into a feasible reality, it could provide inhabitants of such locations with a solution that is not only sustainable but also safe and dignified. “If you have a nice complex electrical component, and you’re in a village that’s 50 miles away from any technician who can fix it, you can’t expect them to travel 50 miles there and 50 miles back to fix one toilet,” says Read. “It has to be in a situation that’s fixable by 90% of people themselves.” 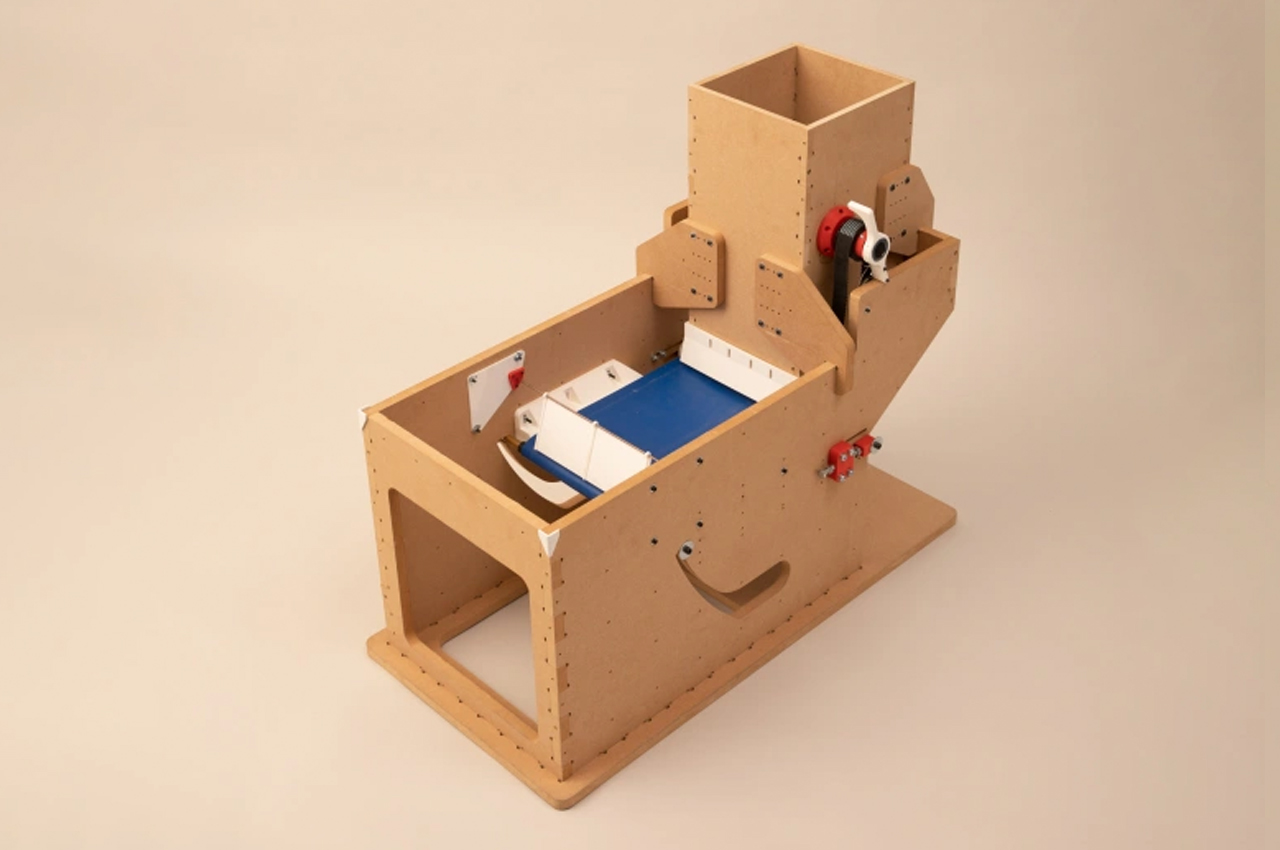 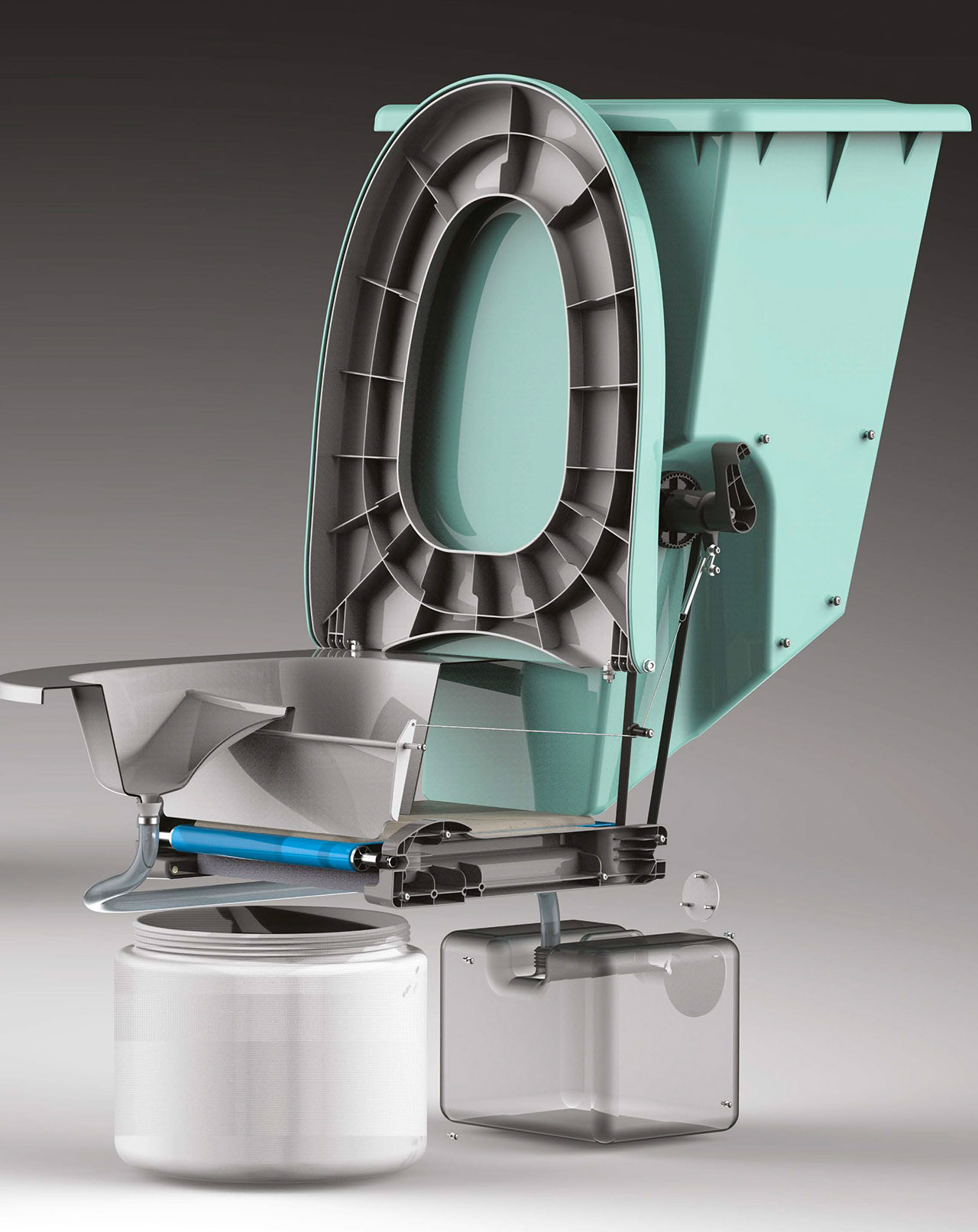 There are definitely a lot of other off-grid toilets available on the market these days, but what sets Sandi apart from them is that it flushes. Although these other toilets do not require water to function, they do not flush ‘at all’,  making the entire affair an unsafe and uncomfortable experience. 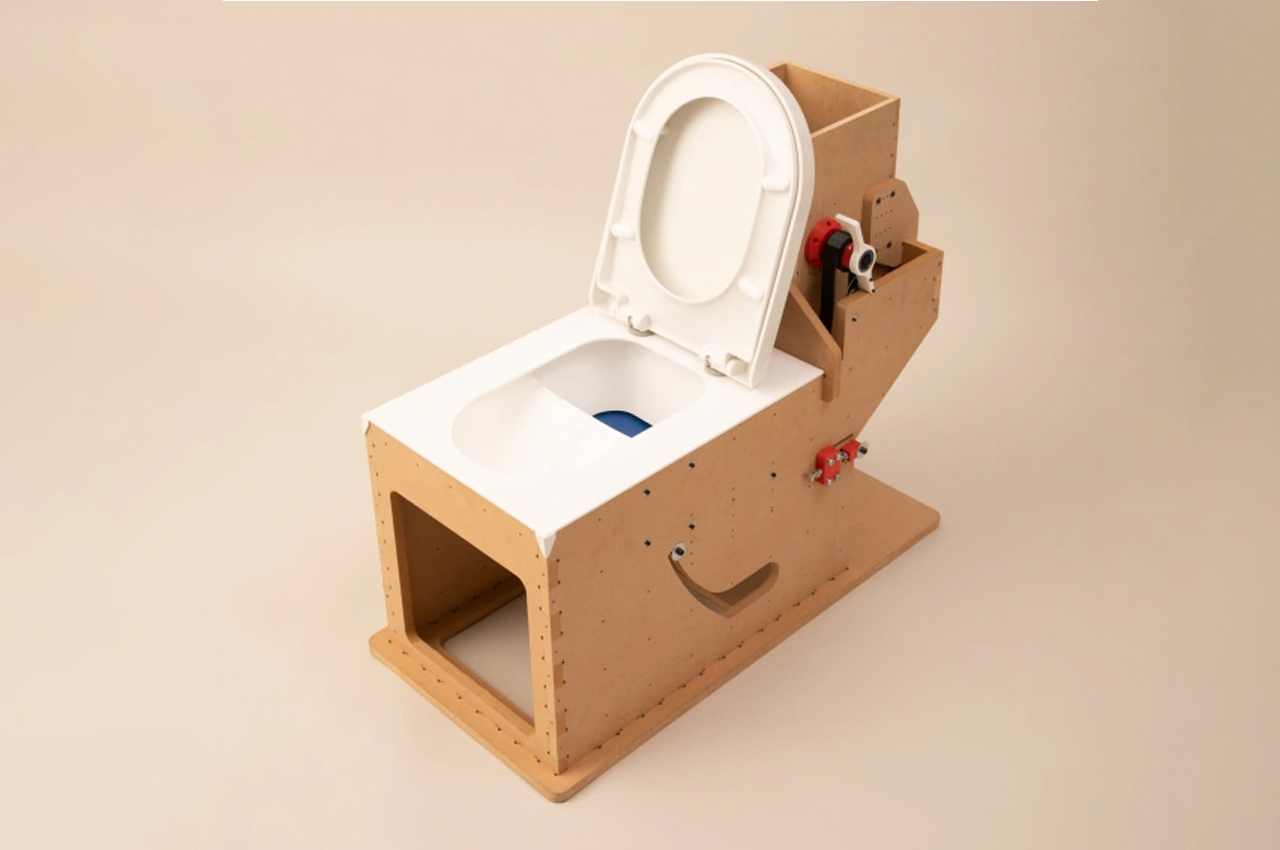 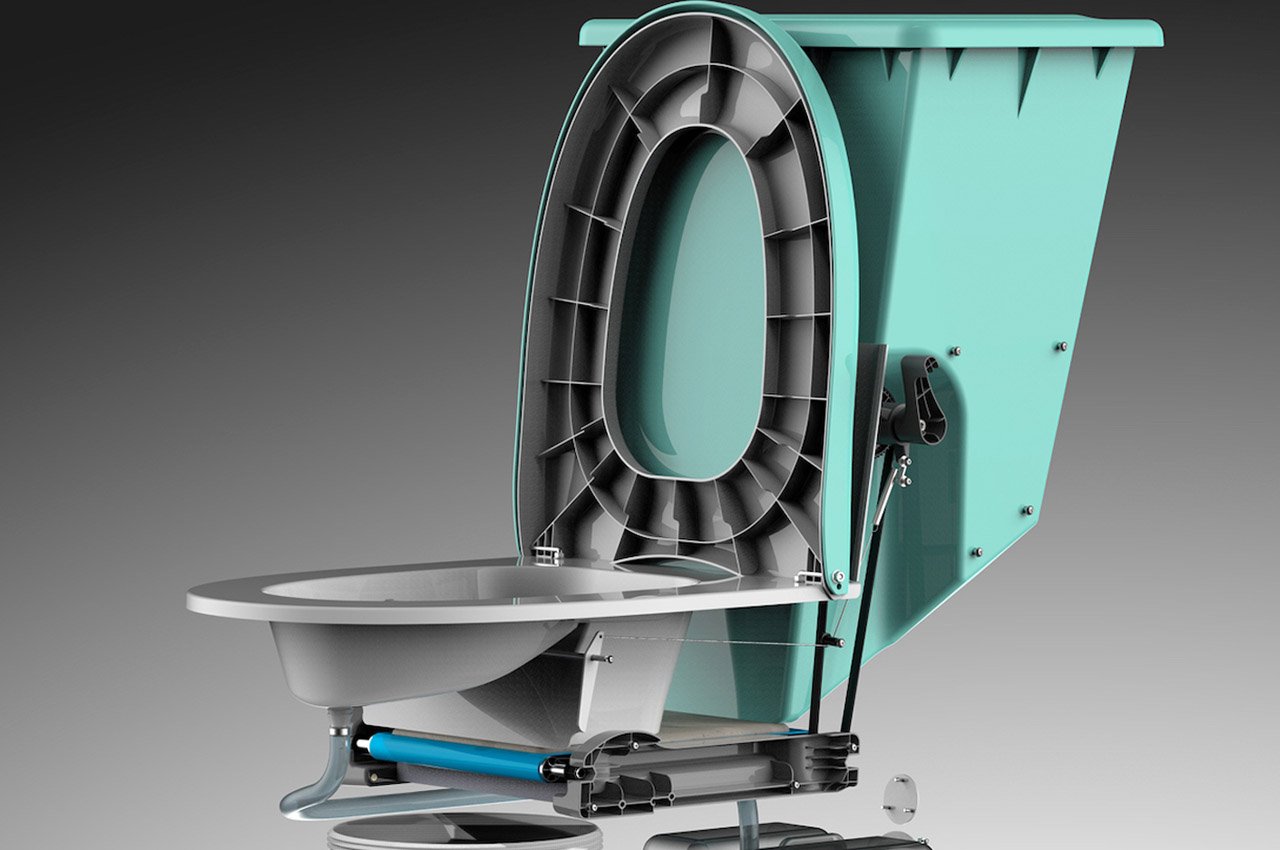 Sandi, on the other hand, features three main components – a mechanical flush (for scenarios with no electricity), a basic conveyor belt to move the excreta away (in case of no water supply), and a divider placed inside the toilet bowl which separates the waste streams so that they can be repurposed as fertilizers. It also has two distinct compartments – one guides the urine into a container placed below, while the other features a basic conveyor belt, covered with a fine layer of sand, which renews every time someone flushes. Read selected sand as his material of choice, because it ensures that the feces do not stick to the belt, however, he proposes that sawdust or dirt could work great as well. Once you’ve finished your morning business, you simply press the flush handle, which instantly rotates and moves the conveyor belt away from your eyes, and discards the feces into the container below. 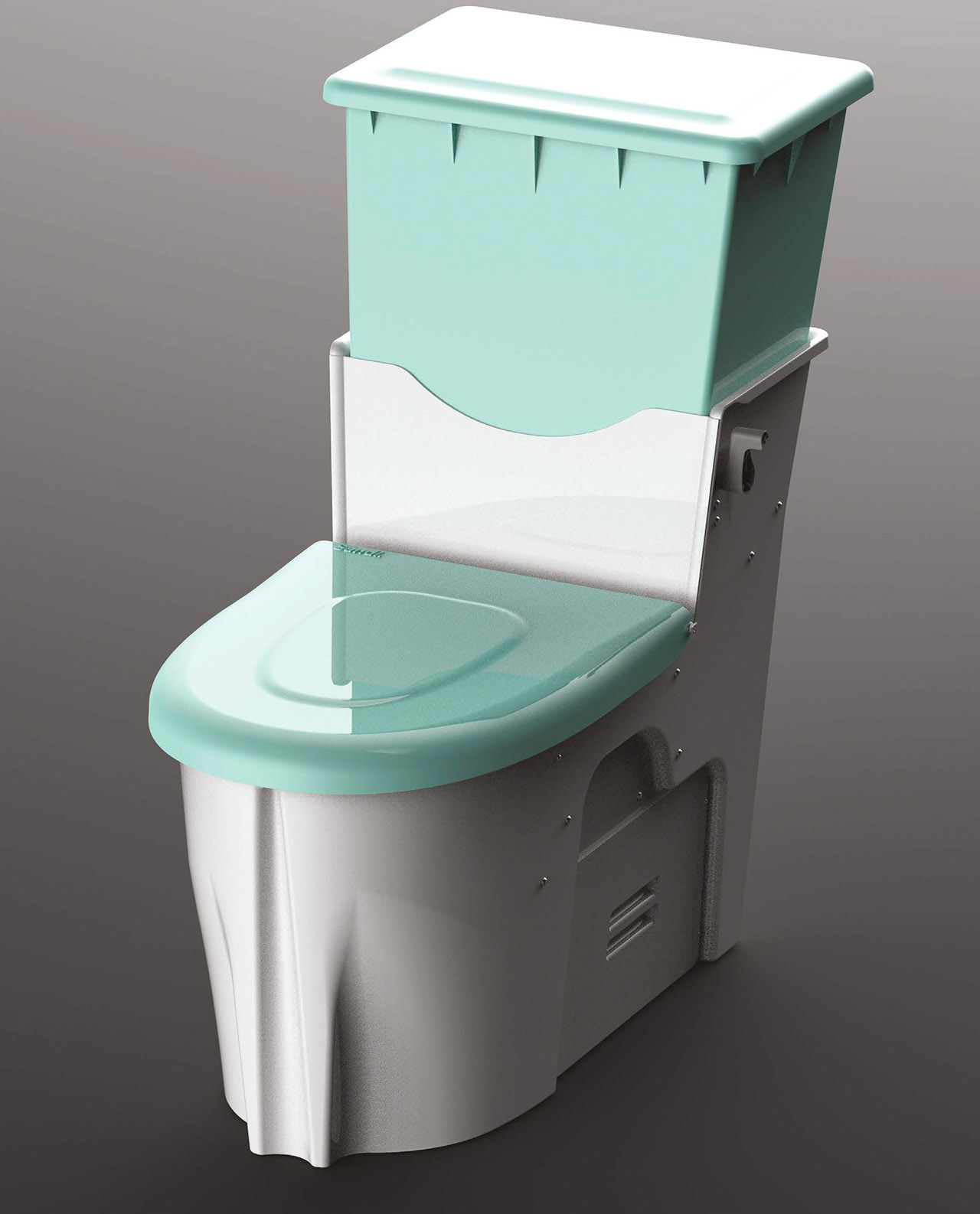 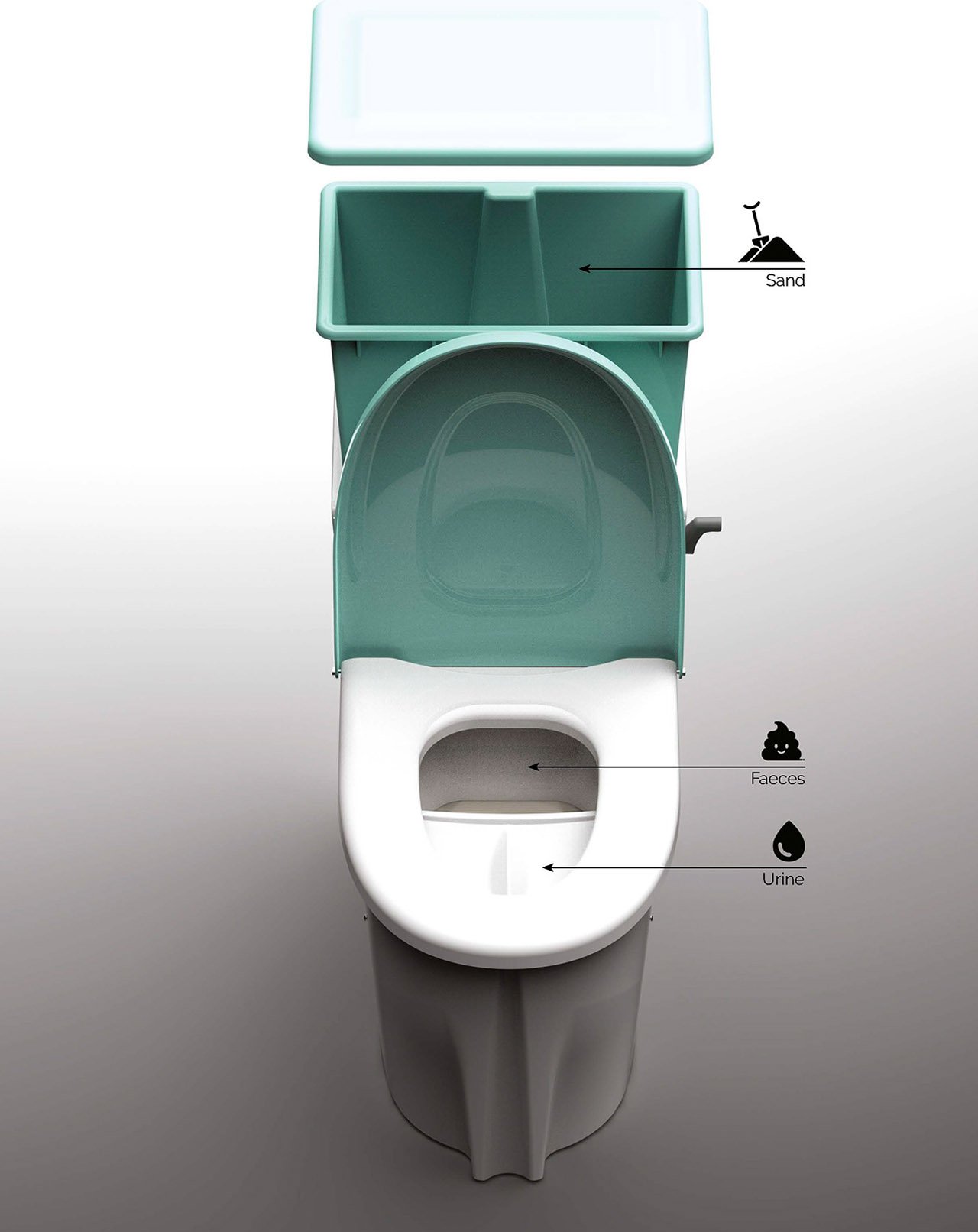 If a home consists of seven family members, the liquid container would need to be emptied every two days, whereas the container for solids after every four days. The urine can be instantly used as an independent fertilizer, whereas the feces can be buried to be utilized as compost a month later.

Reed envisions Sandi becoming a reality and being priced at $74 per unit. He doesn’t believe in charging exorbitant amounts for a product aimed at people’s safety and sanitation, since it is not a luxurious item, but a basic amenity. 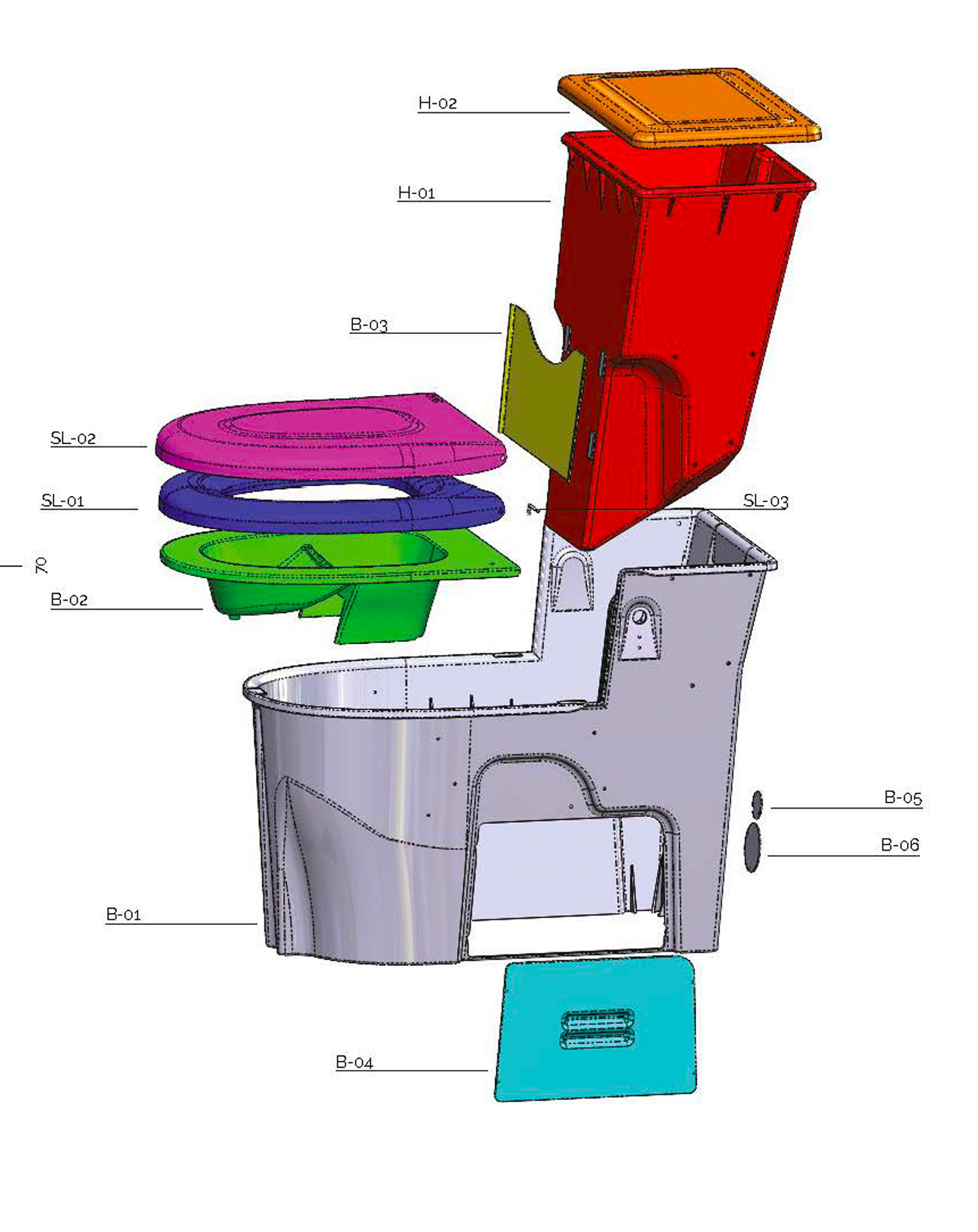 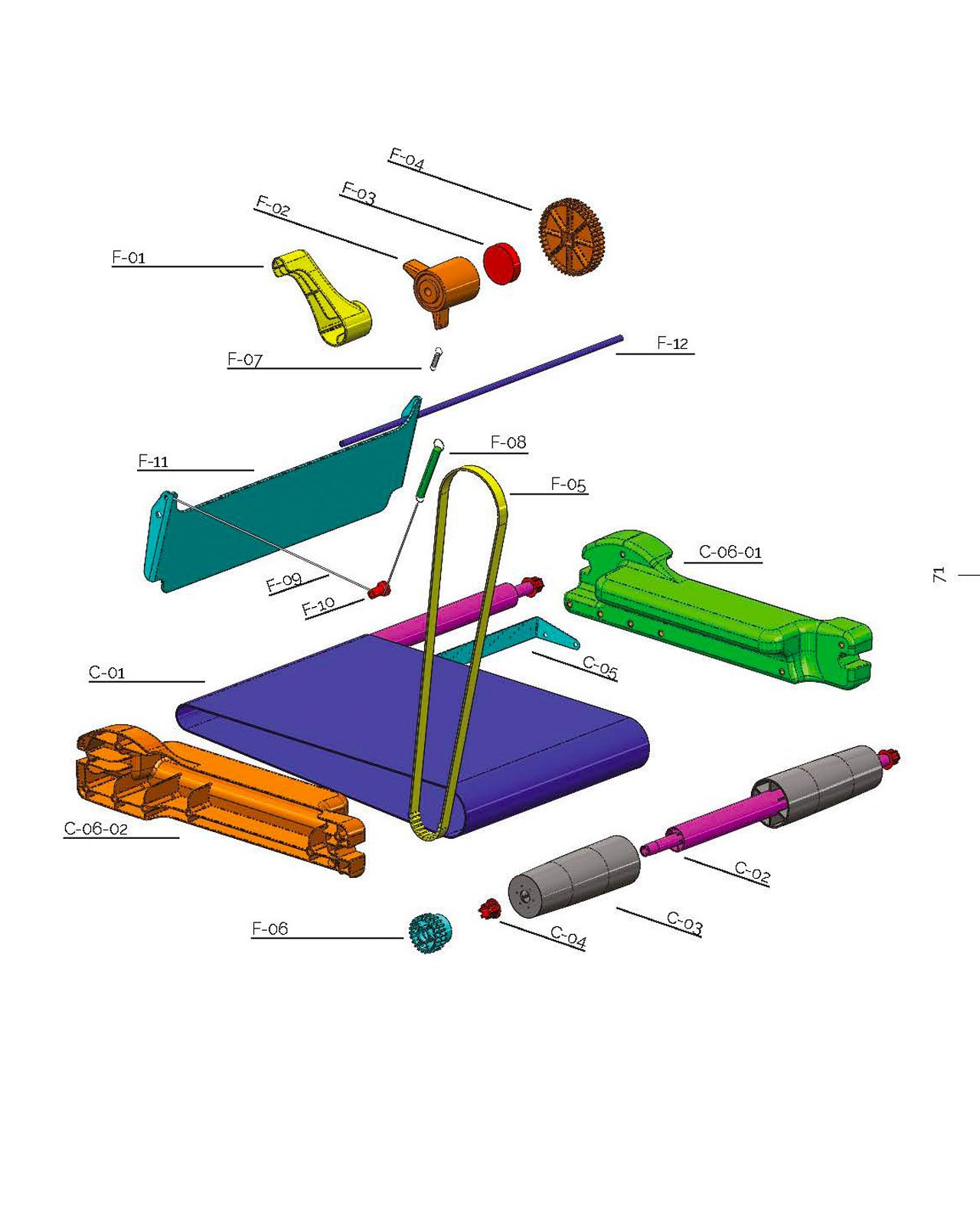