This spaceship-like device is actually a sustainable high bay light 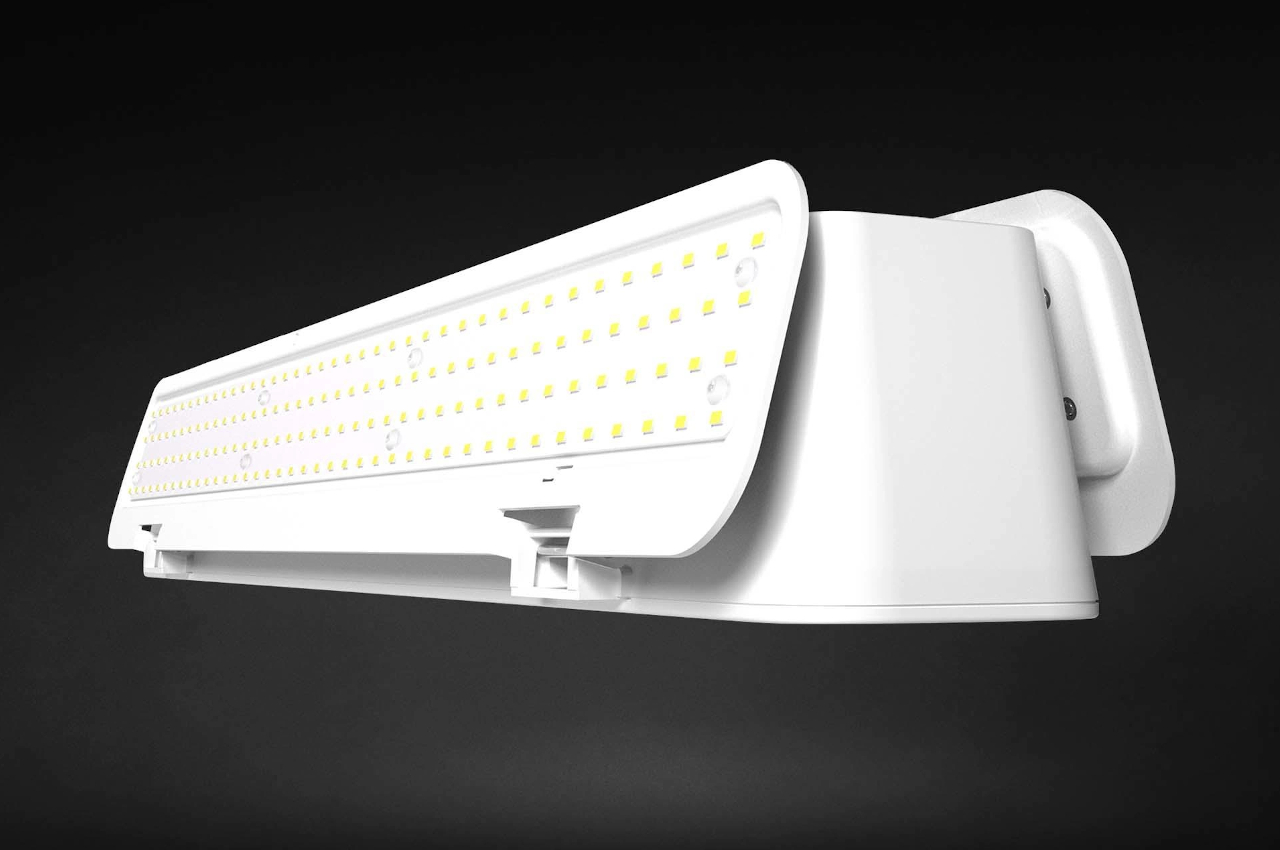 We often take for granted the lighting that lets us see in the dark or sets the mood in enclosed spaces like homes and halls. Not only do we seldom pay attention to their actual design, we also rarely consider the materials they’re made of. To be fair, we do that with almost every consumer product, but lamps and lights are some of the most common products we buy. Fortunately, they are also some of the easiest products to rethink and redesign. The RAB L34, for example, gives high bay lighting a more compact and space-efficient form, and in doing so, also gives it a distinct design that seems to come straight out of sci-fi space portals and alien ships. 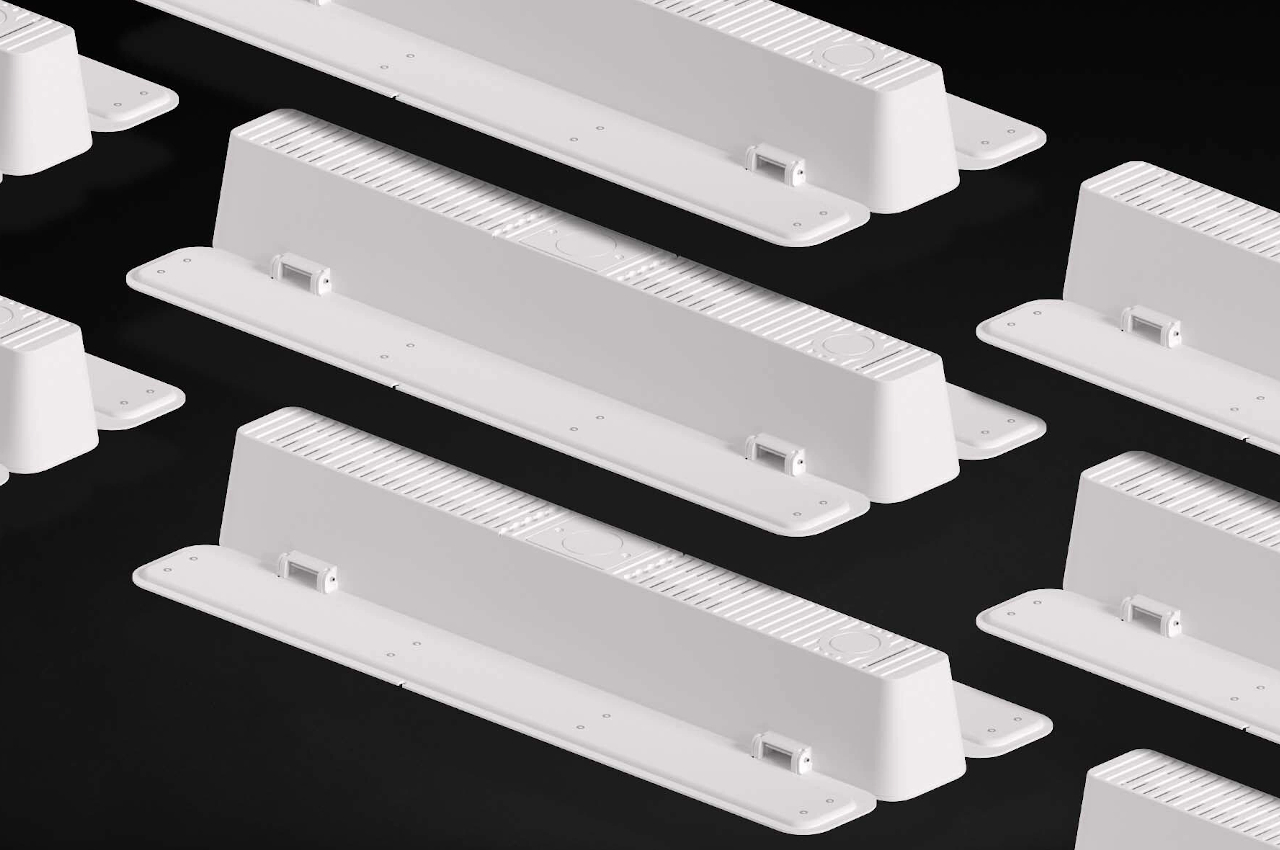 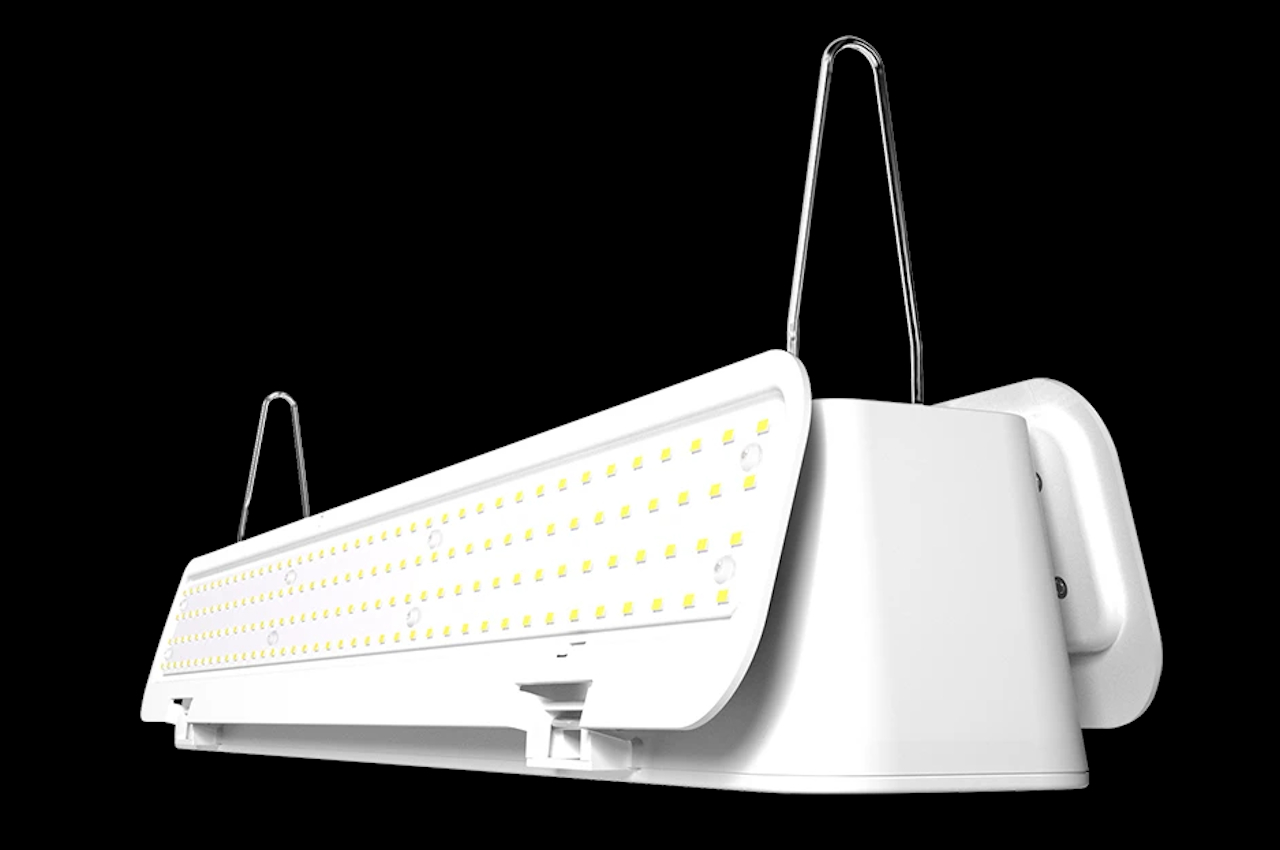 Most of us probably don’t think much about high bay lights compared to other forms of lighting. Being way up there, they don’t often have the chance to shine, no pun intended, in terms of visual appeal. Almost like a typical bulb, they’re seen as simple, functional products you don’t need to spend too much time on since few people look at them anyway. Unfortunately, that seems to be used as an excuse to skimp not only on design but most especially on the materials. 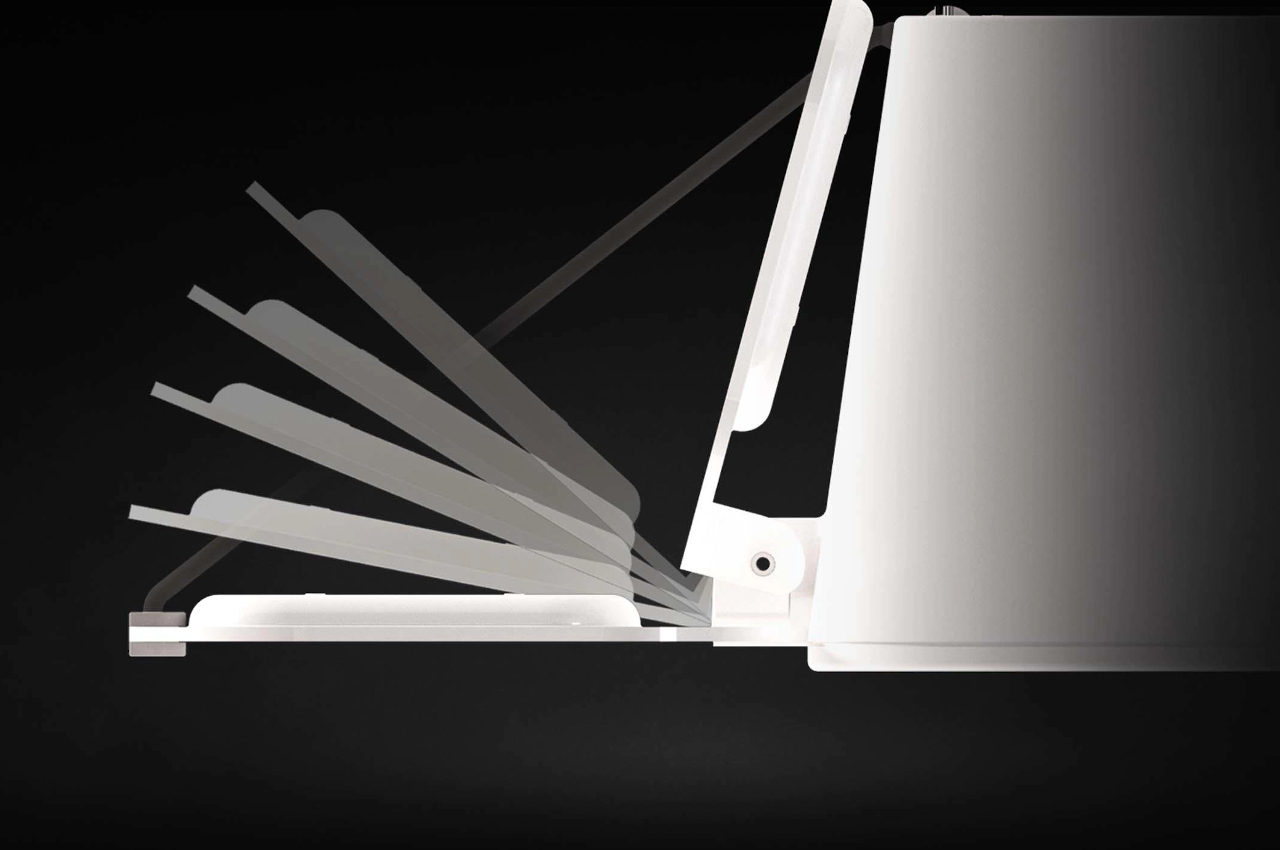 RAB Lighting throws conventional industry practices out the window and focuses on sustainability and product optimization. Those two goals work together in creating the L34, a high bay light whose compact design not only optimizes the space that the fixture uses but also shrinks the packaging. This has a domino effect where space savings translates into savings in materials and costs, creating a more economical and resource-conscious product.

The secret to the RAB L34 is its collapsing wing design, two articulating panels that house the LEDs on either side of the main body. When retracted, the L34 has a more compact shape which reduces the space and materials needed when packaging and shipping the high bay light. Adjusting the wing angles also allows the light to target specific areas, reducing the number of lights needed to fill up a space. 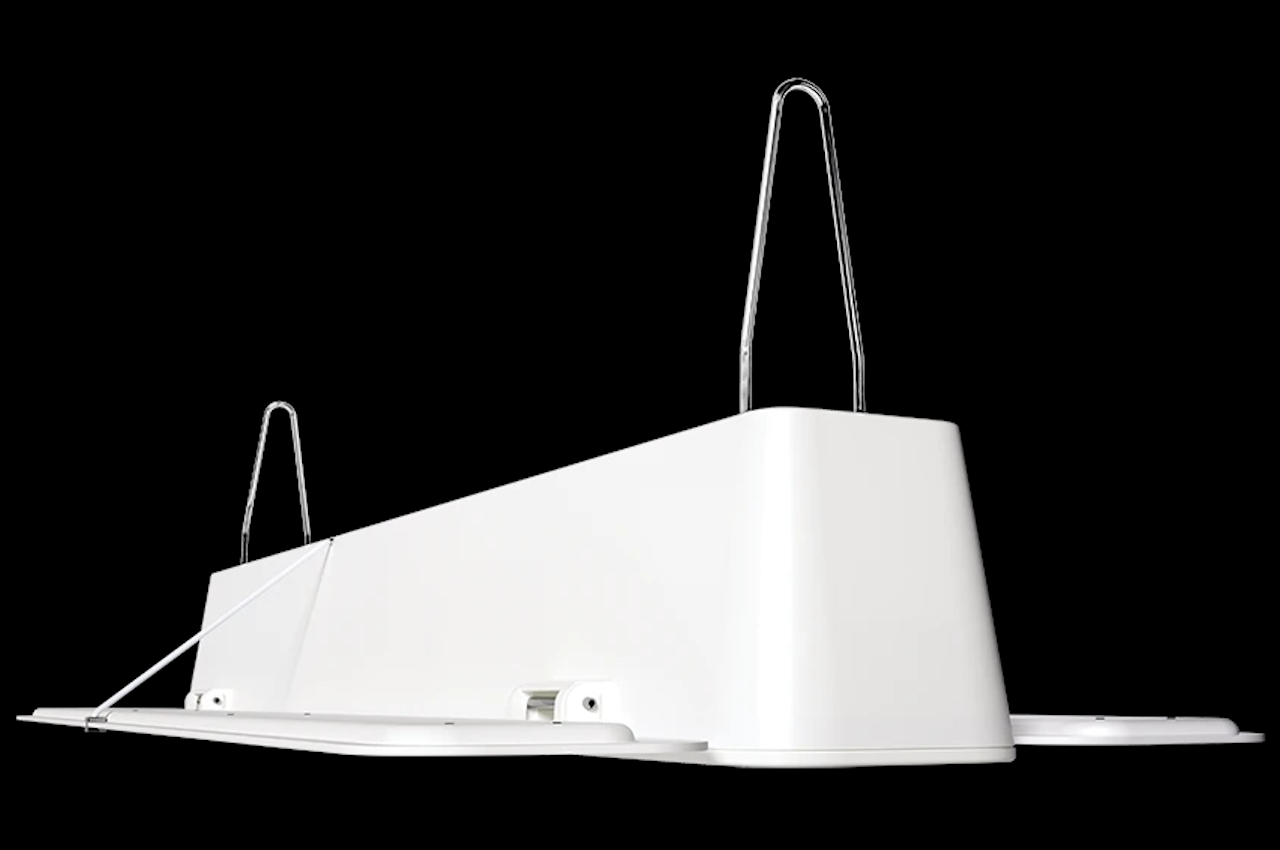 This, however, isn’t the only way that the bay light is sustainable. RAB also boasts that the L34 is made with up to 30% re-melted plastic that’s leftover from producing other products. The LEDs also don’t have plastic lens covers, further reducing not only the amount of plastic used but even the energy consumed in manufacturing the lights. It would be even better if the entire body is made from 100% recycled plastics, but every little bit helps, especially if the figure rises over time.

Although it isn’t breathtaking in a visual sense, the RAB L34 high bay lighting is a good example of how even simple redesigns can have a ripple effect on improving a product’s sustainability and performance. To some extent, that redesign also gives the bay light a rather distinctive form, as if suggesting that this is the lighting of the future. And when it comes to sustainability, it could very well be one. 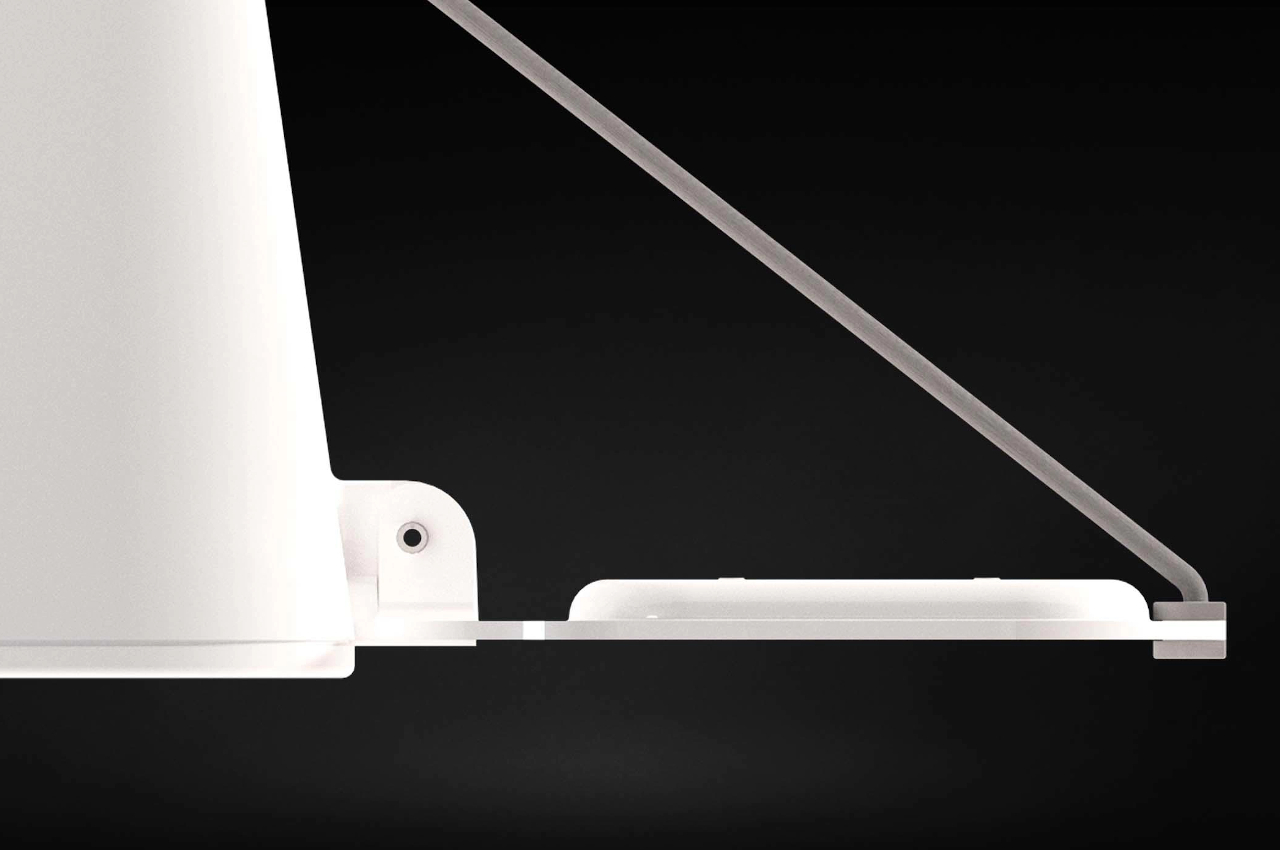 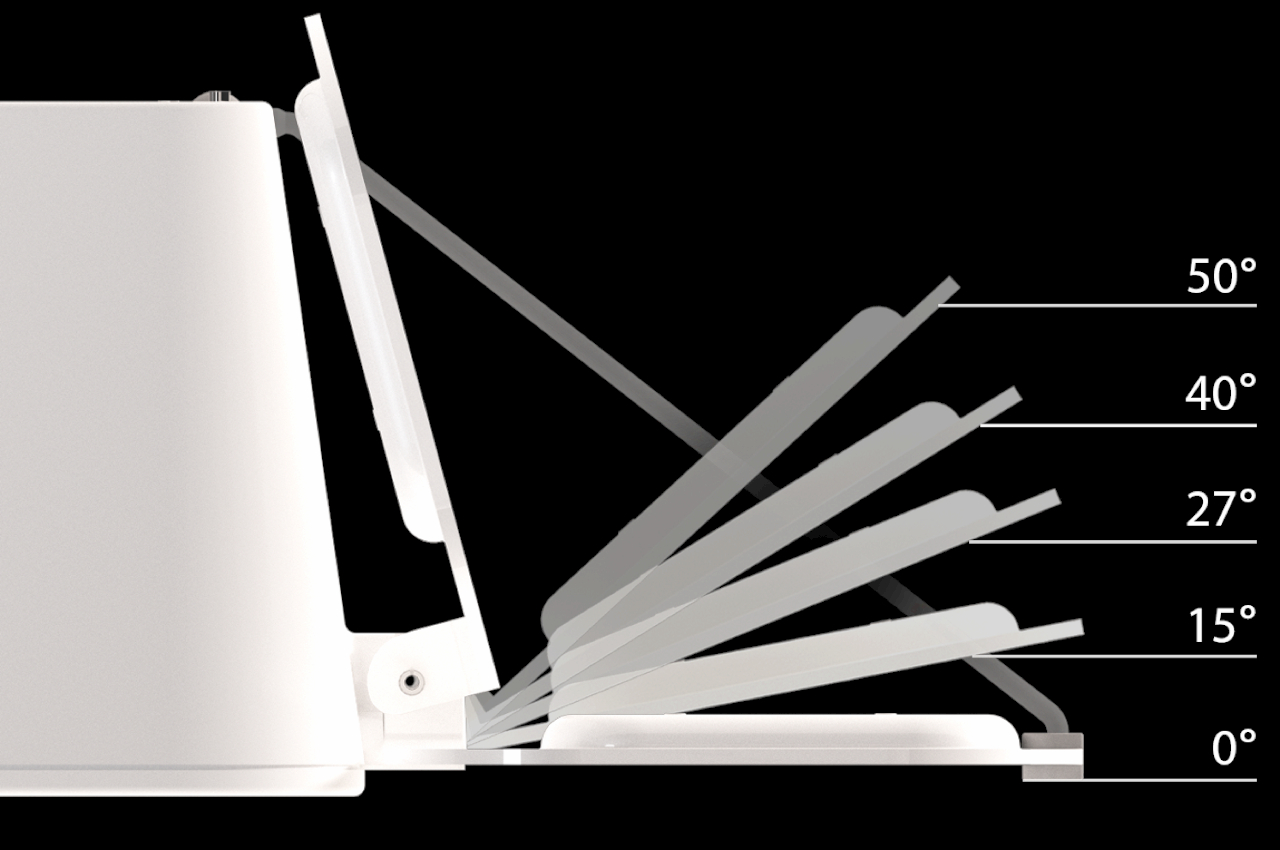