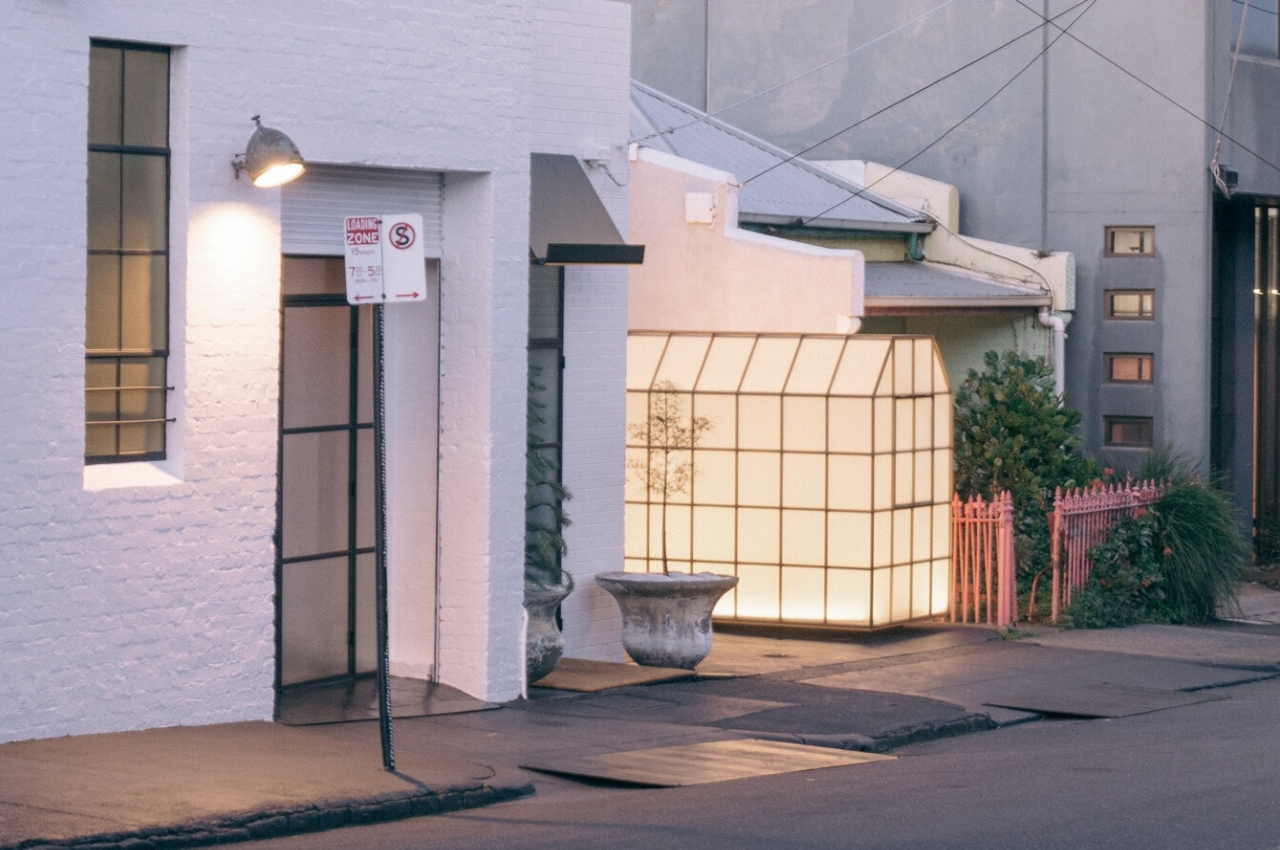 When you hear the word pavilion, you probably think about something that’s huge and grand. You get visions of big events being held inside a dome or some other interestingly shaped structure that can fit hundreds or even thousands of people. But this luminescent and “unquestionably small” structure was intentionally built to be a tiny, portable booth that can be transported wherever it is needed. Still the designers chose to name it “A Pavilion”.

This structure was initially built to sell bagels and condiments in Melbourne, Australia. But instead of the usual food truck booths that you see at food fairs, markets, and other places where food is sold, you instead get something that actually looks like a greenhouse, or more specifically, a glasshouse. Currently it’s being used as a storage unit but of course that’s such a waste for this carefully-designed “pavilion” so it will be used again to sell condiments but no more bagels. 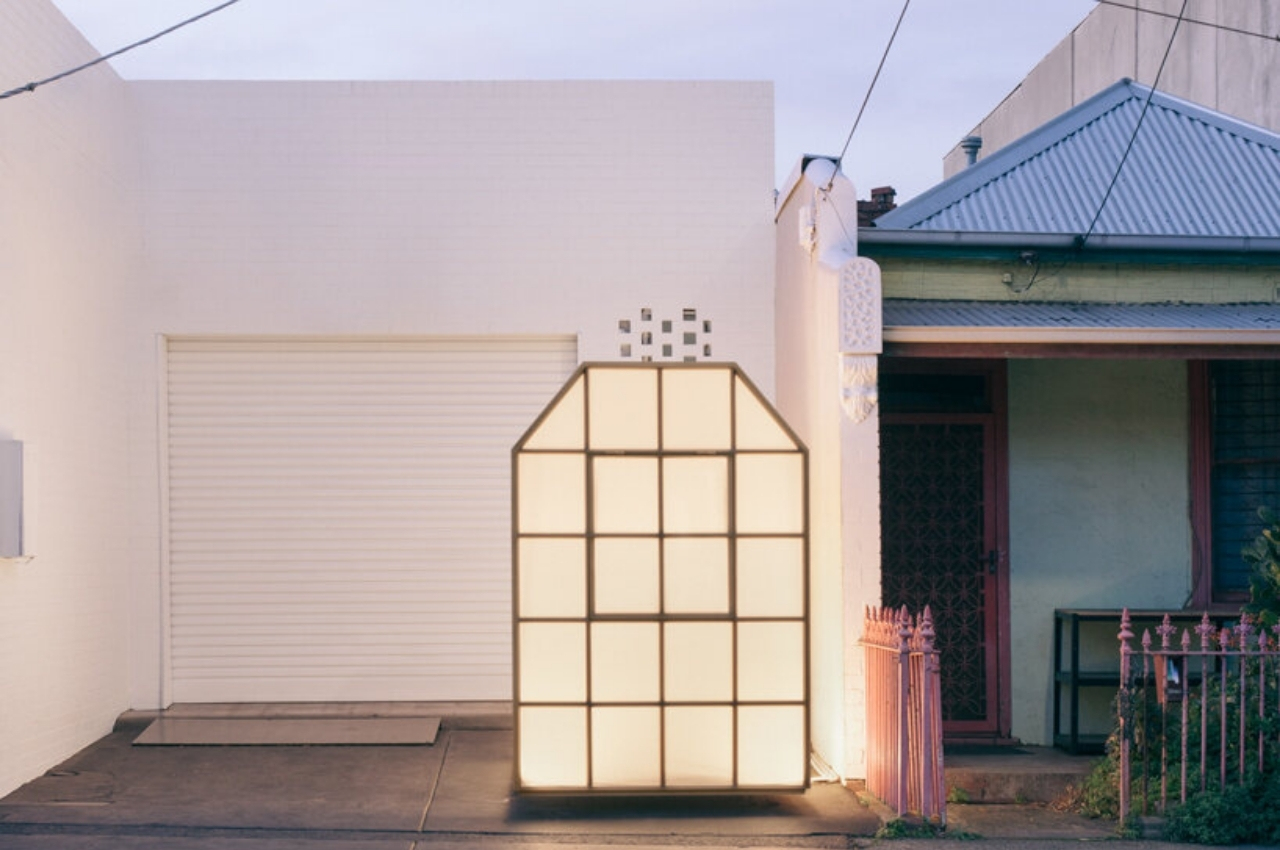 The structure is made from a three-directional grid of steel T-sections but the whole thing is covered in translucent glass, hence giving it the look of a greenhouse. Even the roof is made from the same kind of glass so you get a singular space and look for the entire thing. But it does have some chamfered edges, giving off a sort-of thatched roof look. Inside it’s also a bit different as the floor is made from timber, a departure from the overall glass look of the A Pavilion.

It might seem like there’s no way in or out of this structure but there’s actually a door at the back. And of course, since it’s used for selling, there’s a square window at the front where you do your transactions with the customers. It’s only 2.7m long, 1.5m wide, and 2.3m high so it is a pretty small booth but it was really designed like that so it can be transported where it’s needed with just a small truck. It’s still pretty tricky to move though as it is made of glass mostly. 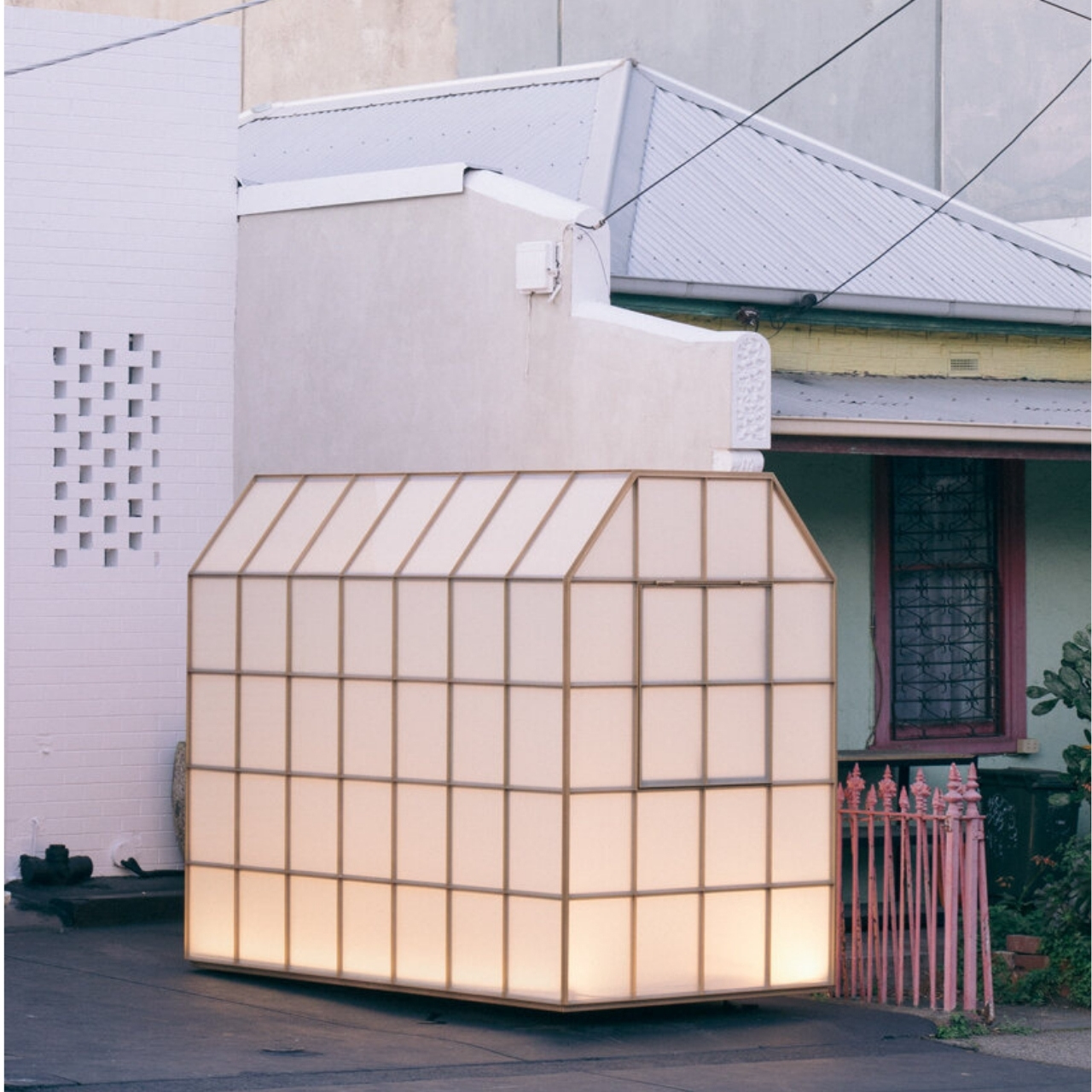 One other cool thing about the A Pavilion is that when the sun sets down, it seemingly glows because of its translucent glass skin. It probably doesn’t need outdoor lighting in order to become visible although of course, if you’re selling stuff, you need some light inside. 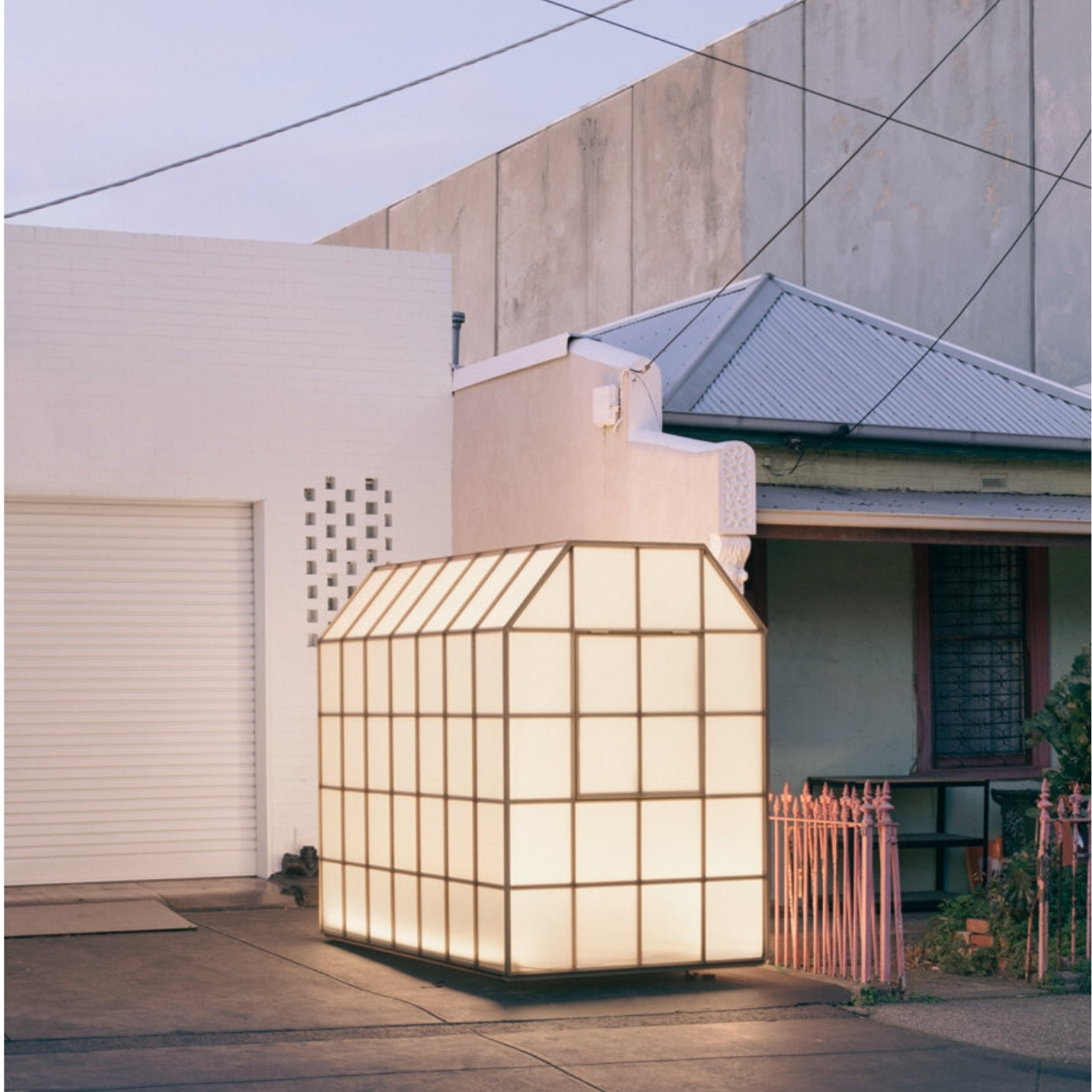