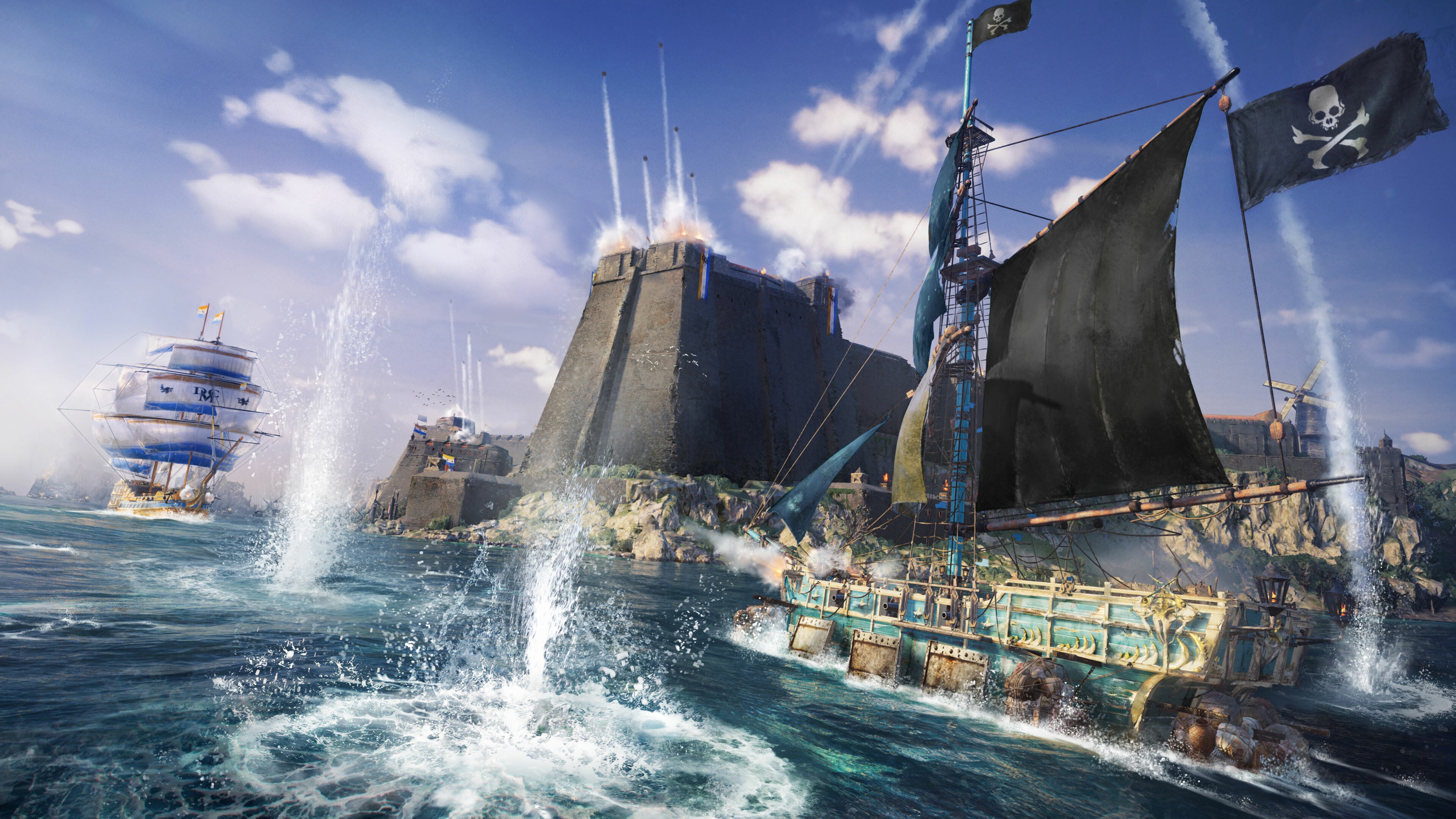 You’re going to regret it if you can’t keep your crew happy in Skull & Bones.

Mutinous crewmates are among the many dangers the pirate captains of Ubisoft’s Skull & Bones will face as they sail the Indian Ocean in search of treasure and infamy. You’ll also have to contend with exotic wildlife, deadly storms, pirate hunters, and, if you so choose, other players. Facing these trials earns you generous piles of booty that you’ll of course use to fund your growing naval crimes operation. !

The Skull & Bones we’re talking about today is built on the skeleton of the multiplayer-focused ship combat game , but it’s been utterly transformed. The high seas action is still there, but it’s been repackaged into a now-confirmed 2022 release that’s best described as a pirate’s life simulator.

The Singapore team behind Skull & Bones also built the naval combat in 2013’s Assassin’s Creed IV: Black Flag, which powered its pirate fantasy with the help of some wildly compelling resource pillaging. Translating those mechanics into a standalone game was the logical next step, but the original concept for Skull & Bones as a purely team-based, player-versus-player (PvP) experience missed the mark. Black Flag‘s naval combat was fun, sure, but its pirate fantasy was the real hook.

That’s what creative director Elisabeth Pellen keyed into when she joined the Singapore team roughly three years ago. After some playtesting, Skull & Bones evolved into an open-world game because, as she explained, “piracy is about freedom and exploring.” The open-ended, rags-to-infamy story that players will build for themselves in Skull & Bones is meant to be an extension of that freedom. 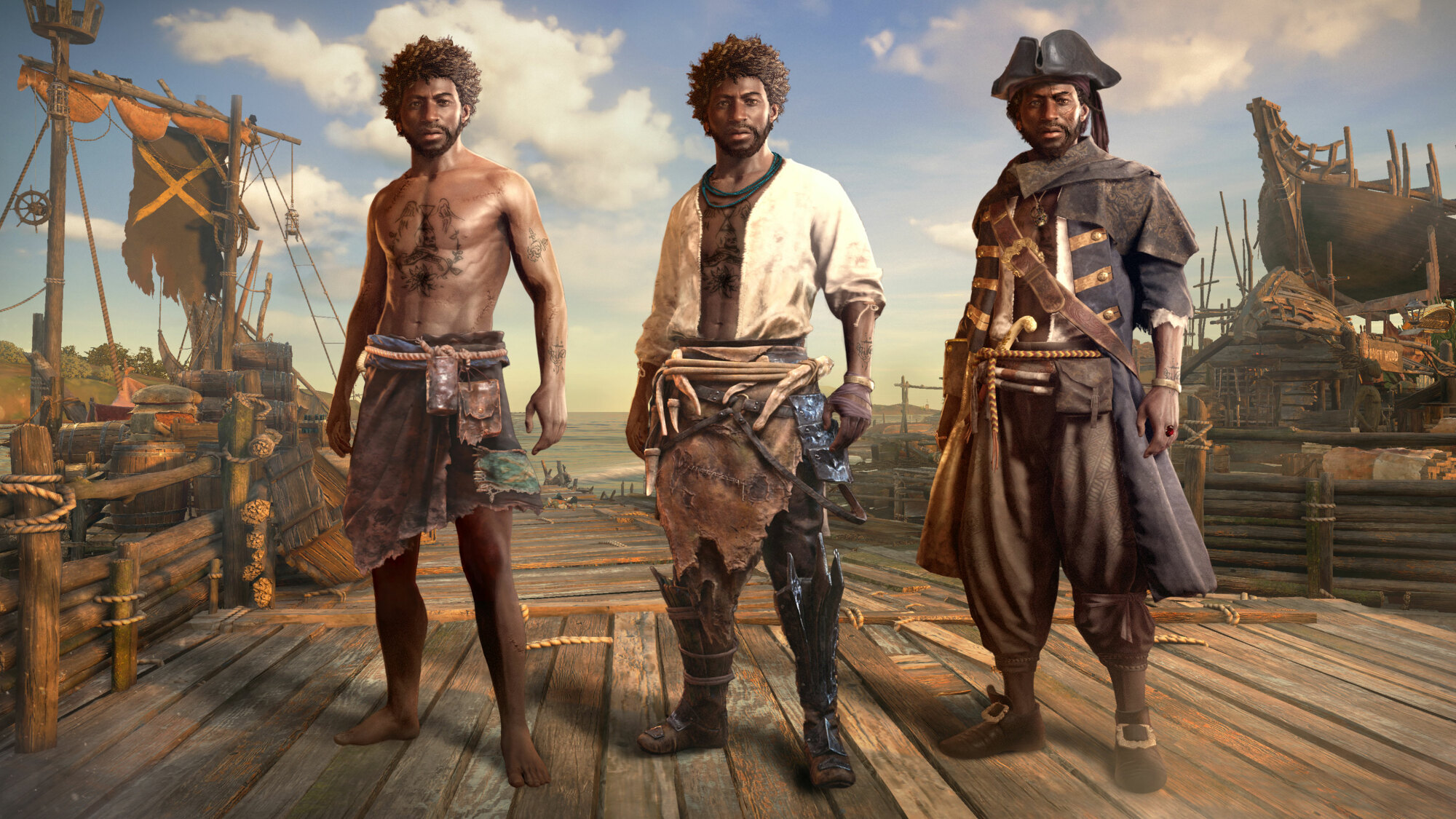 You spend most of your gameplay time directly controlling a boat, but Dens and Outposts let you see (and show off) your personally customized pirate captain.
Credit: Ubisoft Singapore

“Where do pirates come from? How did you become a pirate [during the 17th century]?” Those were the basic questions Pellen put to the development team and the historians they worked with on the project. Trope-y pirate things like peg legs and parrots on shoulders are part of the fantasy wish fulfillment Skull & Bones offers. But becoming your own version of Blackbeard is the goal, not the starting point.

“I wanted to understand everything about piracy. We discovered that, at the end of the 17th century in the Indian Ocean, most of the pirates started as outcasts or castaways. And then, step by step, they proceeded on a long journey to become a legendary kingpin, whether they were a woman or a man,” Pellen said.

Players are meant to tread that same basic path in Skull & Bones. You start out as a shipwreck survivor armed with little more than a spear and a small sailing vessel. But as you take on contracts for other pirates and engage in all manner of sea crimes, you amass a stockpile of resources and your reputation, your ability to leave a mark on the world, grows.

As you take on contracts for other pirates and engage in all manner of sea crimes, your ability to leave a mark on the world grows.

That’s reflected in-game by the amount of “Infamy” you’ve earned for engaging in all kinds of piratical behavior, like clearing contracts, raiding forts, or embarking on treasure hunts. As word of your deeds spreads across the Indian Ocean and your Infamy total increases, new blueprints for ships, weapons, and armor become available. That’s the basic feedback loop we’re looking at here: Do pirate things to earn more resources and blueprints, and then use those assets to build the tools you’ll need to become a more successful pirate.

Naval combat is the engine powering that loop. The character you create at the start of the game is your human avatar in the world of Skull & Bones, but the action is almost entirely ship-based. This isn’t like Rare’s , the Xbox pirate sim that turns each player into an individual crew member. We’re playing by Black Flag rules here: When you’re out on the water, your ship is the character. If other players join you, they sail along in ships of their own.

“As a pirate captain, you can team up with other pirate captains to raid some convoys or to attack some fortresses,” Pellen said, adding that players will be able to choose between two different kinds of servers and social rules. It basically boils down to one question: Do you want to trade cannon fire with other players?

Other ships captained by real humans are peppered throughout Skull & Bones‘ living world. If you want a more peaceful experience, either alone or with friends, you can hop into a server that turns off the ability to commit acts of aggression against other players. But for those who choose violence and the more authentically cutthroat pirate’s life that comes with it, PvP servers are the move. Notably, players are able to switch between the two options at any moment without sacrificing progress. 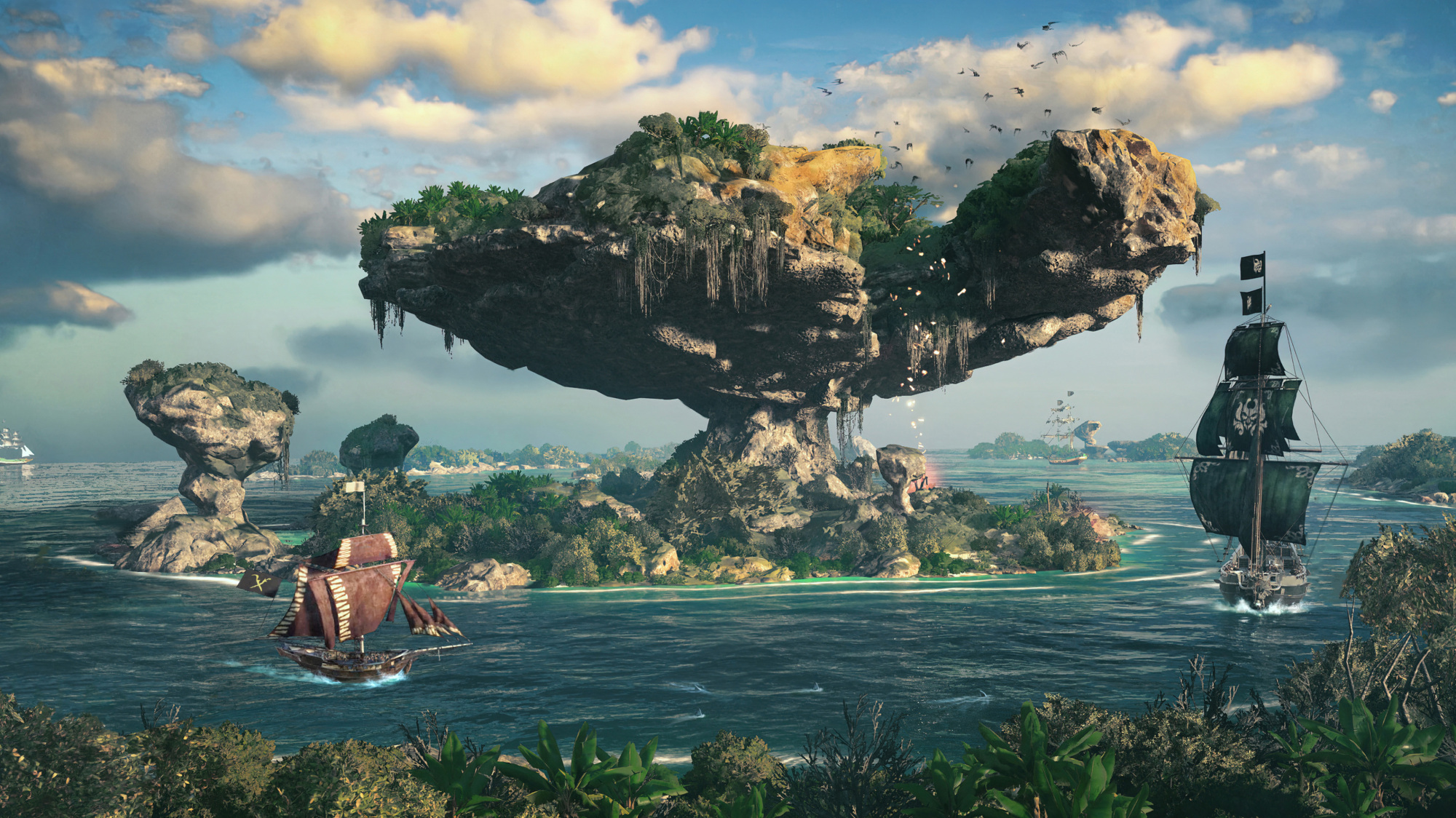 Your server choice also influences the way booty is distributed when allied pirates tackle an activity together. The loot question in particular “has generated a lot of debates on the game design team,” Pellen said. “What we are aiming for is to create a balance between the first-come, first-serve approach [to grabbing freshly dropped loot], but also offering groups of players [the option] to share…the booty.”

In PvP spaces, it’s a “finders keepers” free-for-all where the quickest players reap the biggest rewards, though a ship that’s loaded with booty is also an attractive target for other players. But in a PvP-free server where you’re playing with friends, the loot is shared. It sounds like the dev team is still deciding on how that will work in actual practice, but Pellen said that the loot-sharing is meant to foster cooperation.

Whether you’re playing solo or in a group, off-boat activities are largely limited to Pirate’s Dens and Outposts, which both function as economic hubs and social spaces. Between voyages, players can return to these locations to resupply with cannonballs, food, and other goods — keeping crew morale up is just as important as surviving battles — and use features like to interact with other live players.

Treasure hunts will also create opportunities to leave the ship. You might, for example, piece together a map that points the way to one landmark or another where buried booty is stashed away. Find it and you’ll be able to hit the beach, compass and shovel in hand. These aren’t exploration opportunities or combat moments, however; they’re small puzzles to be solved. Again, your ship is the focus in the bulk of Skull & Bones‘ gameplay.

“We really wanted our naval combat system to be deep and our customization features to offer players the ability to develop their own play style.”

“We really wanted our naval combat system to be deep and our customization [features] to offer players the ability to develop their own play style. So we focused on that first,” Pellen said. But, she added, that may not be the case forever. It’s clear from talking to her that Ubisoft Singapore is looking at Skull & Bones as a living experience that will hopefully bring in enough players to support evolution and growth over time.

Pellen even teased an early example of what a bigger Skull & Bones experience could add down the road. Even the most successful virtual pirates won’t be able to get themselves a parrot friend right away. It’s happening, though. “We created pets, but we plan to release them post-launch,” she said. “Not only parrots — other exotic animals [as well].”

Skull & Bones seems poised to offer fun times for pirate lovers at launch, but at first glance it feels more like a platform where players create their own fun than it does a fully fleshed-out game. In that context, Pellen’s comments about pets being a locked piece of the post-launch plan are illuminating. This will be key for Ubisoft Singapore’s efforts moving forward: Feeding players a steady diet of make-your-own-fun levers to tug on is the whole game here, and the only surefire way to avert community mutiny.