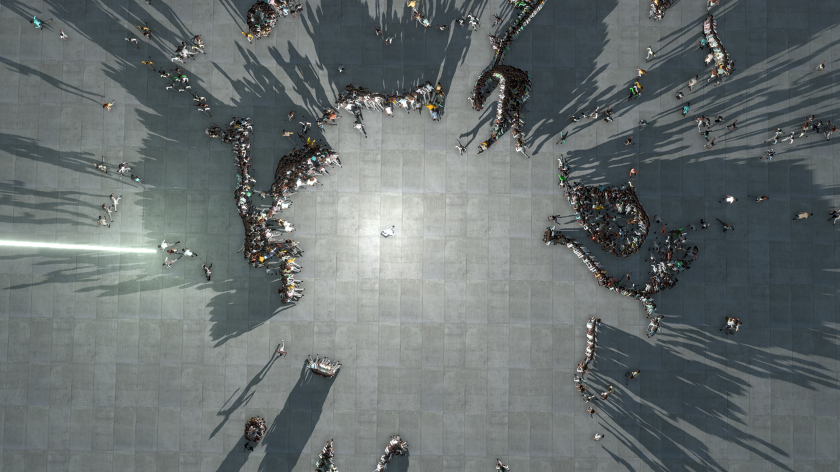 The piece has come at a prescient time: while crowds might not be the most fun thing in the world, what with social distancing and all that, it seems this is probably the closest thing we’ll get to experience them for now at least.

Within the game, users become a glowing protagonist surrounded by a crowd of thousands of others that react to the character’s every movement. The collection of digital folk traverse through surreal-leaning backdrops that have influences from both natural and human-made environments. The soundtrack by Simon Pyke is used to amplify the sense of mass human collaboration through using field recordings of tribes, worked into layers of vocal samples.

“Our work often depicts abstracted human forms and movements, using a single figure or a duet. With today’s graphics technology, we can expand into choreographing an entire crowd, “Universal Everything founder Matt Pyke says. “By programming each crowd member with intelligent behaviours – such as avoidance, following or mimicry – we can reveal elaborate patterns of human behaviour at a huge scale.”

Emergence’s gameplay looks to visualise patterns of human behaviour, and in doing so, enable exploration of the individual and the collective ways of thinking and interacting with one another. The piece continues Universal Everything’s exploration into VR following a piece released at the end of 2018 called ‘Inside the Sound, a series of 360° audiovisual environments. The studio has long also investigated the interplay between human forms and digital art’s ongoing manifestations of the investigation of how to demonstrate the human form. 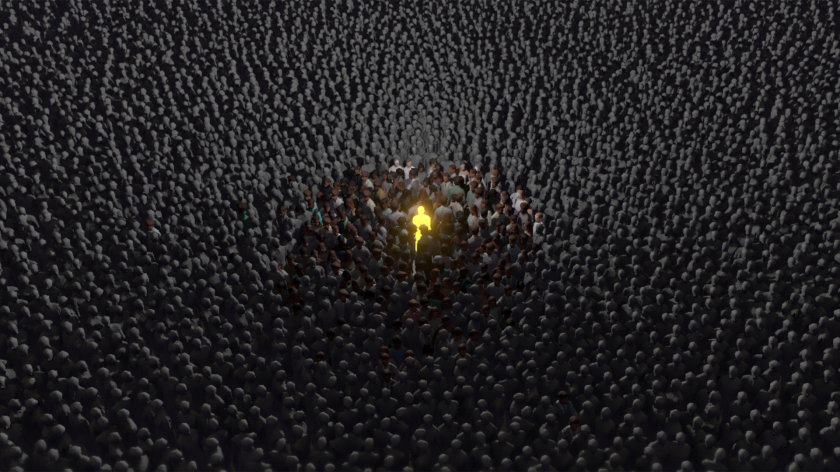 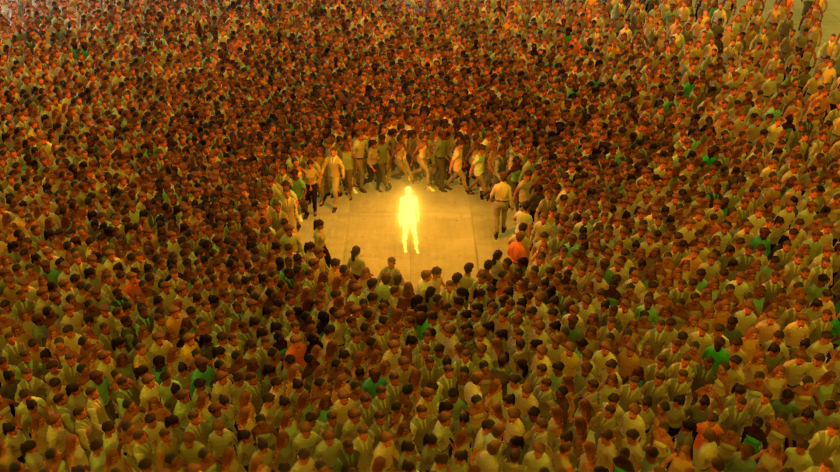 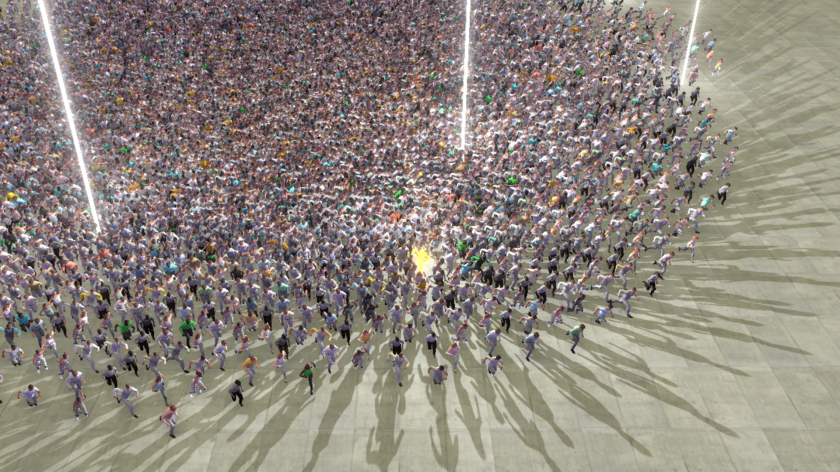 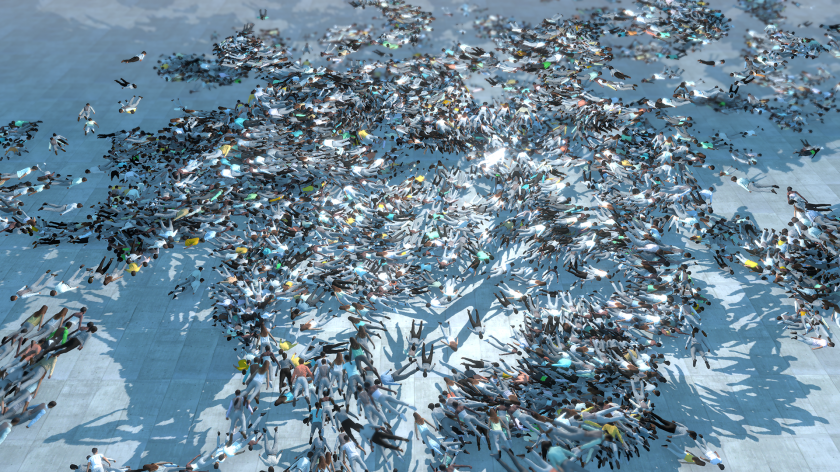