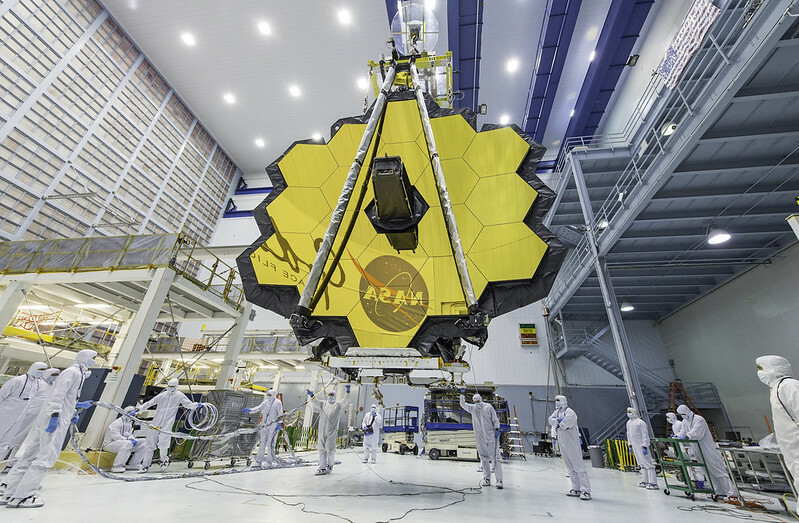 You may have read misleading headlines emphasizing that the — the most powerful such observatory ever built — has incurred some permanent damage. That’s a cherry-picked bit from a describing the instrument’s excellent scientific performance over the past six months, as engineers prepped and tested its .

The Webb telescope, overall, is in great shape. Here’s what you should know about the condition of the observatory that will revolutionize our understanding of the cosmos.

What did scientists conclude about the Webb telescope’s condition?

NASA and its collaborative partners, the Canadian Space Agency and the European Space Agency, concluded that Webb — even after a speeding micrometeroid (a small often dust-sized rock particle) hit and caused a “significant uncorrectable change” to one of the telescope’s 18 gold-coated hexagonal mirrors — is “fully capable of achieving the discoveries for which it was built.”

Crucially, they expect Webb to exceed expectations. “Moreover, almost across the board, the science performance of JWST is better than expected,” Webb’s scientists wrote.

“The science performance of JWST is better than expected.”

And if that wasn’t enough good news, Webb’s scientists have concluded it has enough finite fuel aboard to help power the mission for 20 years. (The telescope used less propellant than planned in order to .) Originally, NASA hoped the instrument would last five years, and the agency was initially pleased to learn it would operate with .

With the Webb telescope at peak performance, astronomers plan to:

How bad is the damage to Webb?

As you’ve read above, the telescope overall is in great shape.

During the six months scientists prepared the $10 billion telescope for its much anticipated science operations, researchers detected six impacts from micrometeroids. Indeed, they expected about one hit every month. “Inevitably, any spacecraft will encounter micrometeoroids,” the report noted. Of the six hits, five had negligible effects.

But the impact that occurred between May 22 and 24 was strong enough to cause, as noted above, a “significant uncorrectable change” in one of Webb’s 18 hexagonal mirror segments (segment C3). Fortunately, the observatory’s mirror — which collects faint light from the extremely distant cosmos — is quite big at over 21-feet across. This means most of the telescope isn’t impacted.

The image on the right shows a light area (bottom right of the mirror) where a micrometeroid hit the Webb telescope, ultimately changing the mirror’s surface.
Credit: NASA / ESA / CSA

“However, the effect was small at the full telescope level because only a small portion of the telescope area was affected,” Webb’s scientists wrote.

What’s more, after the strike, Webb engineers worked to make slight adjustments to the mirror’s alignment, which limited any small imaging errors. (Such errors are to be expected as the telescope drifts a bit in space.) “Webb’s capability to sense and adjust mirror positions enables partial correction for the result of impacts,” . “By adjusting the position of the affected segment, engineers can cancel out a portion of the distortion.”

What risks do future impacts to the telescope pose?

Only time will tell if this impact was rare, or if it might be more common than Webb scientists estimated.

“It is not yet clear whether the May 2022 hit to segment C3 was a rare event (i.e. an unlucky early strike by a high kinetic energy micrometeoroid that statistically might occur only once in several years), or whether the telescope may be more susceptible to damage by micrometeoroids than pre-launch modeling predicted,” the report concluded.

If it turns out Webb is at a higher risk for damage, NASA and its Webb partners can consider minimizing how much time the telescope peers in directions where there are more micrometeroids flying through space, or point the telescope away during certain meteor showers.

For now, however, the telescope is primed to succeed.

“With revolutionary capabilities, JWST has begun the first of many years of scientific discovery,” the report concluded.