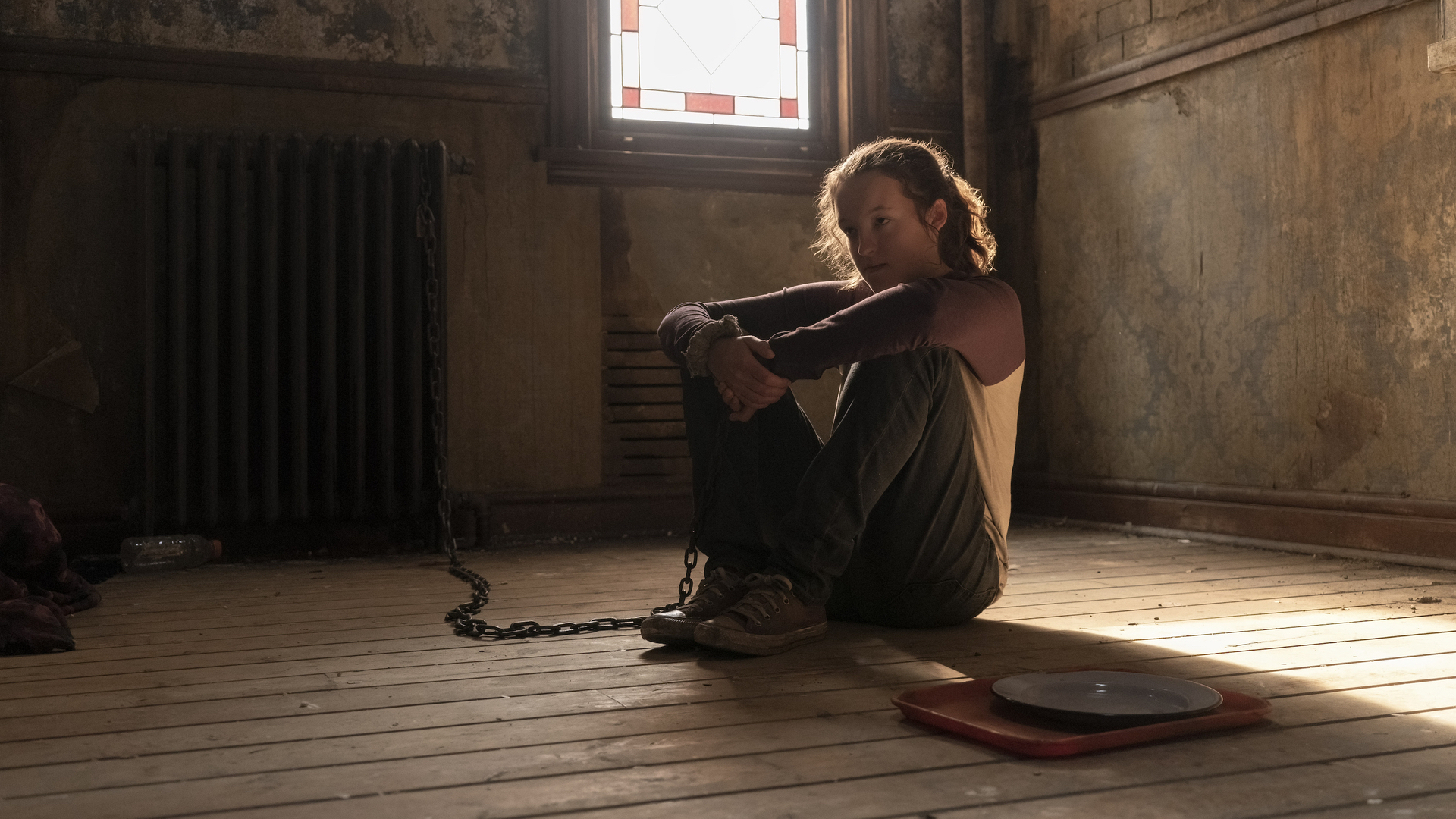 Did you furiously search Depeche Mode’s “Never Let Me Down Again” today? You’ve obviously watched of .

From director Craig Mazin and The Last of Us creator Neil Druckmann, ‘s adaptation of the Naughty Dog survival series debuted on Sunday. The emotional, intense debut episode introduced viewers to America in 2023 (eep), hurtled into an apocalypse with the global outbreak of the Cordyceps fungus. Here, Joel Miller () and his partner Tess (Anna Torv) have one job: to get 14-year-old Ellie (Bella Ramsey) safely across the country crawling with Infected and militaristic, murderous humans.

The episode ended with one elongated dolly shot, showing a radio in Joel and Tess’ empty apartment in the Boston Quarantine Zone (QZ) playing Depeche Mode’s 1987’s track “Never Let Me Down Again” from the English group’s album Music for the Masses. But what did it mean?

The clue to this final moment emerges when Ellie is first brought to Joel’s apartment after being handed over by Marlene (Merle Dandridge) and the Fireflies. They’re killing time until nightfall, before Tess, Joel, and Ellie plan to escape the QZ and head out on their journey. As Joel and Tess have a private conversation in the hallway about stopping by to see their pals Bill and Frank (yet to feature in the series but they’ll be played by Nick Offerman and Murray Bartlett) and stock up on supplies, Ellie investigates her new surroundings, finding a radio and a copy of The Billboard Book of Number 1 Hits. Flicking through the book, she finds a note that reads:

It’s clear Joel and Tess have been smuggling for years by this point, having set up their various channels to secure goods to trade. Part of this system is a radio broadcast from the note’s authors, B/F, which must be Bill and Frank. “The radio’s a smuggling code right?” Ellie asks Joel. As Bill and Frank can’t rely on Joel and Tess to have an encyclopaedic knowledge of music, especially release dates, and Shazaming a song on a smartphone isn’t an option, the code relies on Joel and Tess being able to look up the track in The Billboard Book.

As Ellie correctly guesses, anything played over the radio released in the ’60s means Bill and Frank have no new stock, the ’70s means new stock, and anything from the ’80s means trouble. Ellie guesses this by telling Joel that Wham’s 1984 single “Wake Me Up Before You Go-Go” played when he was sleeping. “Code broken,” she whispers after his worried reaction.

Featured Video For You
Does The Last of Us finally get video game adaptations right?

At the close of the episode after the three have escaped the QZ, the radio begins playing Depeche Mode’s 1987 track in Joel and Tess’ empty apartment, which means trouble is afoot. Sadly, they’ve already left by the time the song is broadcast. Eep.

Either way, there’s trouble ahead for our protagonists in more ways than one.

The Last of Us is now streaming on with new episodes airing weekly on Sunday nights on HBO.