Who, exactly, is going to die in ‘The White Lotus’ Season 2? 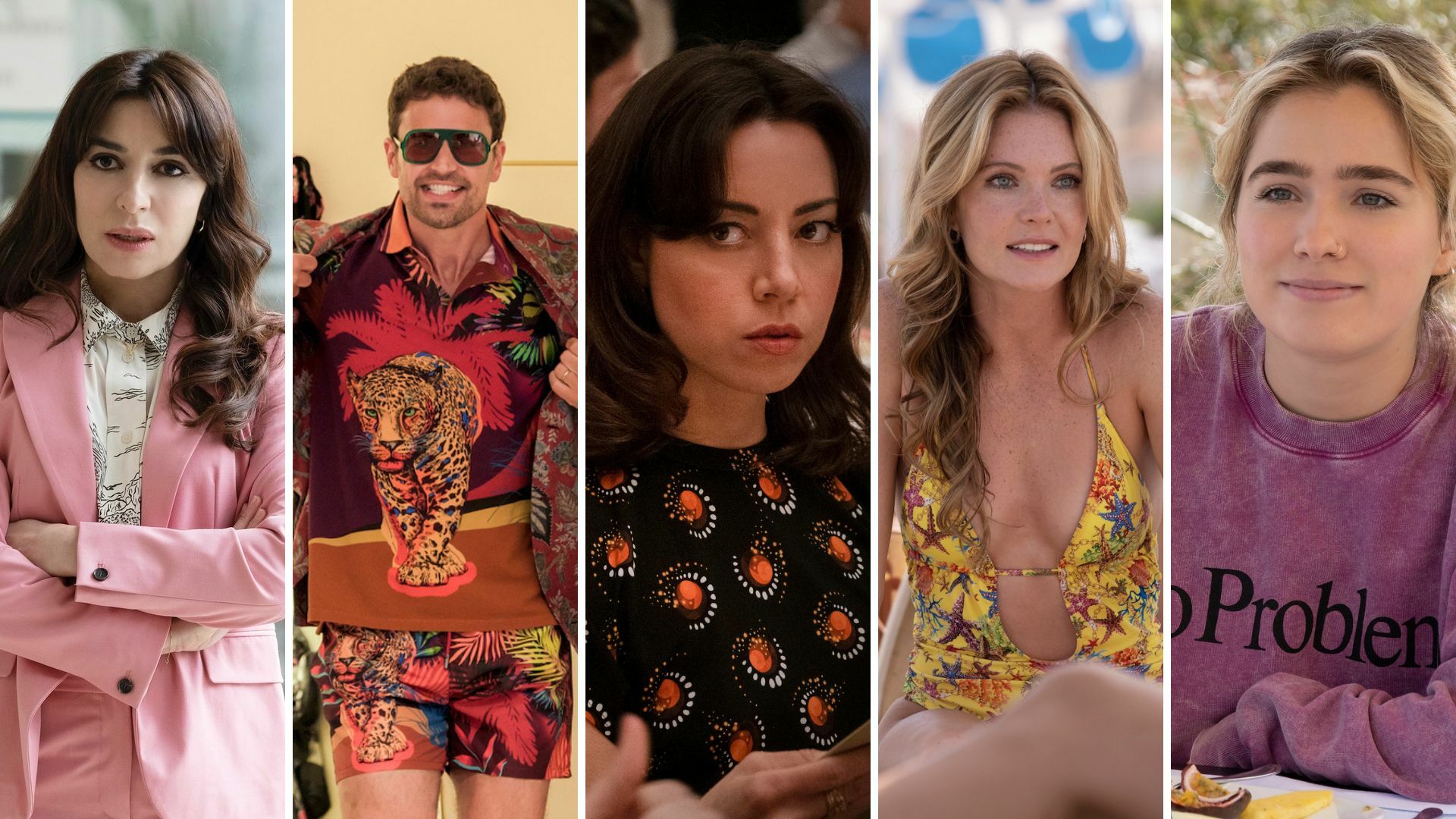 Season 2 of The White Lotus kicks off just like its predecessor: with a death. Daphne (Meghann Fahy), a guest at the White Lotus resort in Sicily, is just hours away from going home when she discovers a dead body floating in the ocean.

Not long after, resort manager Valentina (Sabrina Impacciatore) rushes to the scene, where she learns that more than one guest has died. That’s right: We don’t just have one corpse to identify. We have multiple!

Unfortunately, The White Lotus doesn’t clarify how many guests have died, so there’s a major hole in the clues available for our sleuthing. However, the first episode already gives us quite a bit of information so we can get to theorizing. Here, on a scale of “living la dolce vita” to “sleeping with the fishes,” are the main characters of The White Lotus Season 2, based on how likely they are to die. 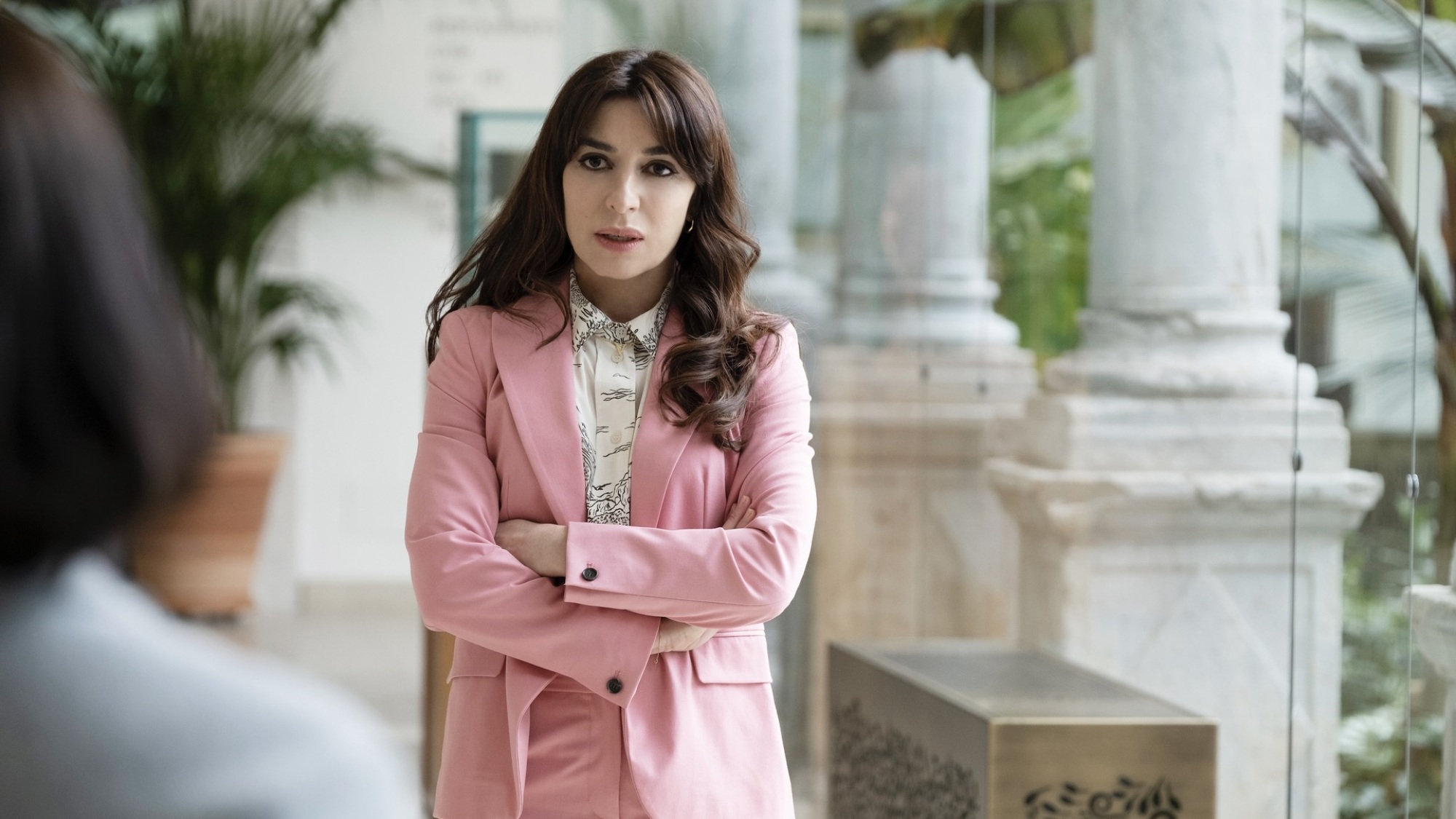 Congratulations to both Daphne and Valentina for being the confirmed survivors of the season! Since we see them in the first scene, we know for a fact that neither of them are the body in the water — or the other bodies we have yet to learn more details about.

Valentina’s safety confirms we won’t have a repeat of from Season 1. This time around, it’s the White Lotus Resort’s guests who are in danger, not its staff. However, the biggest clue as to who those guests might be lies in the first White Lotus guest we meet: Daphne. In Season 1, the first guest we met was Shane. Positioning him as the character through which we first hear about the White Lotus murder suggested that he was somewhat involved — and he was! In the season finale, we find out he killed Armond.

Using that same logic for Season 2, it’s highly likely that Daphne is close to the dead guests. Although, based on her frightened reaction to the body in the water, I really doubt she’s responsible.

4. Tanya and Portia and Greg 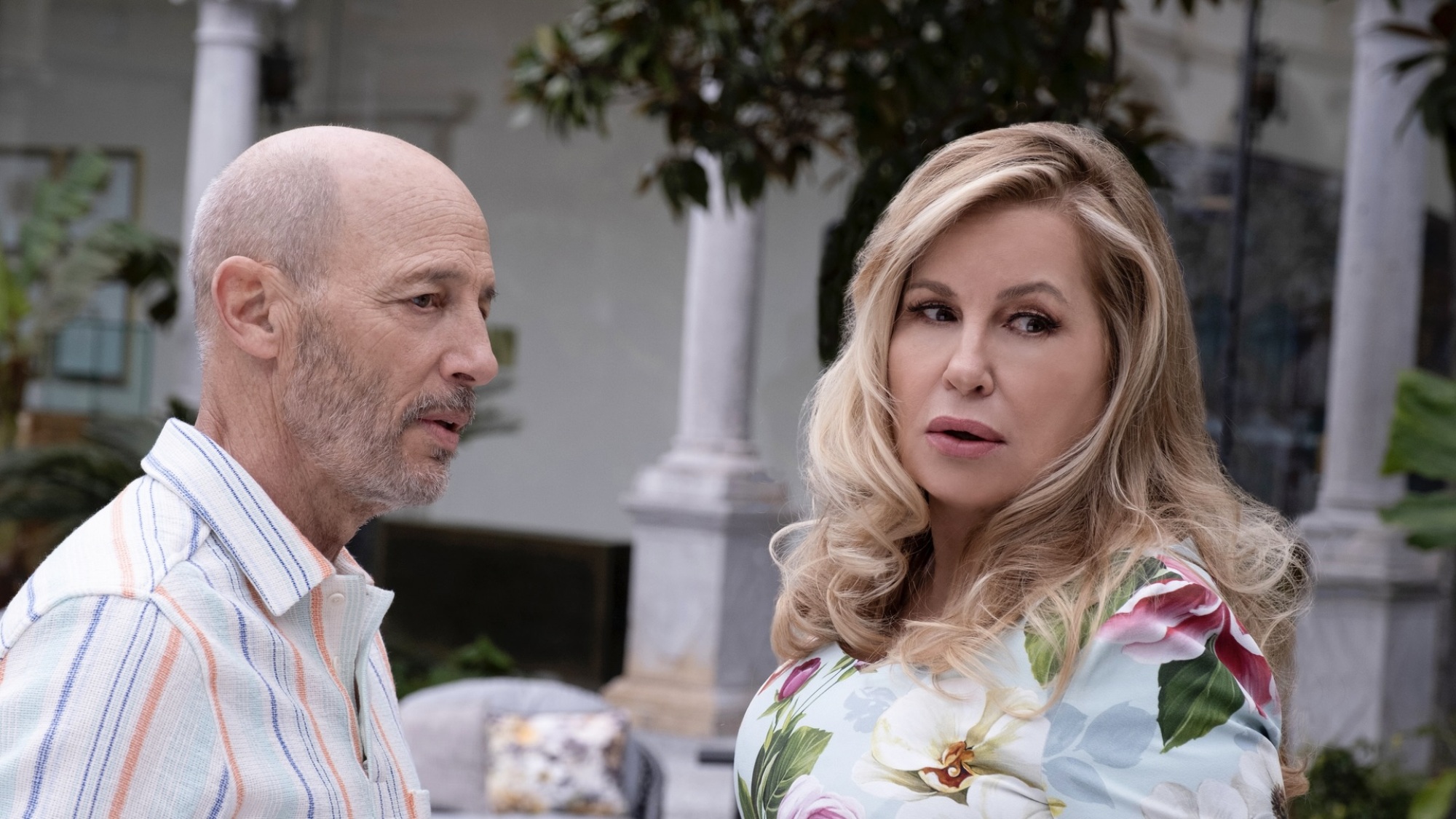 It would be a cruel world indeed if The White Lotus creator Mike White decided to kill off Tanya (Jennifer Coolidge). Coolidge is one of the only returning characters from the first season of The White Lotus, and if she survived the Murder Resort once, I fully believe she can do it again!

Since Tanya’s in the safe zone, it’s also likely that her fellow traveling companions, husband Greg (Jon Gries) and assistant Portia (Haley Lu Richardson) are in the clear as well. None of them have had significant interactions with Daphne either, putting them closer to the end of the list.

3. Albie and Dominic and Bert 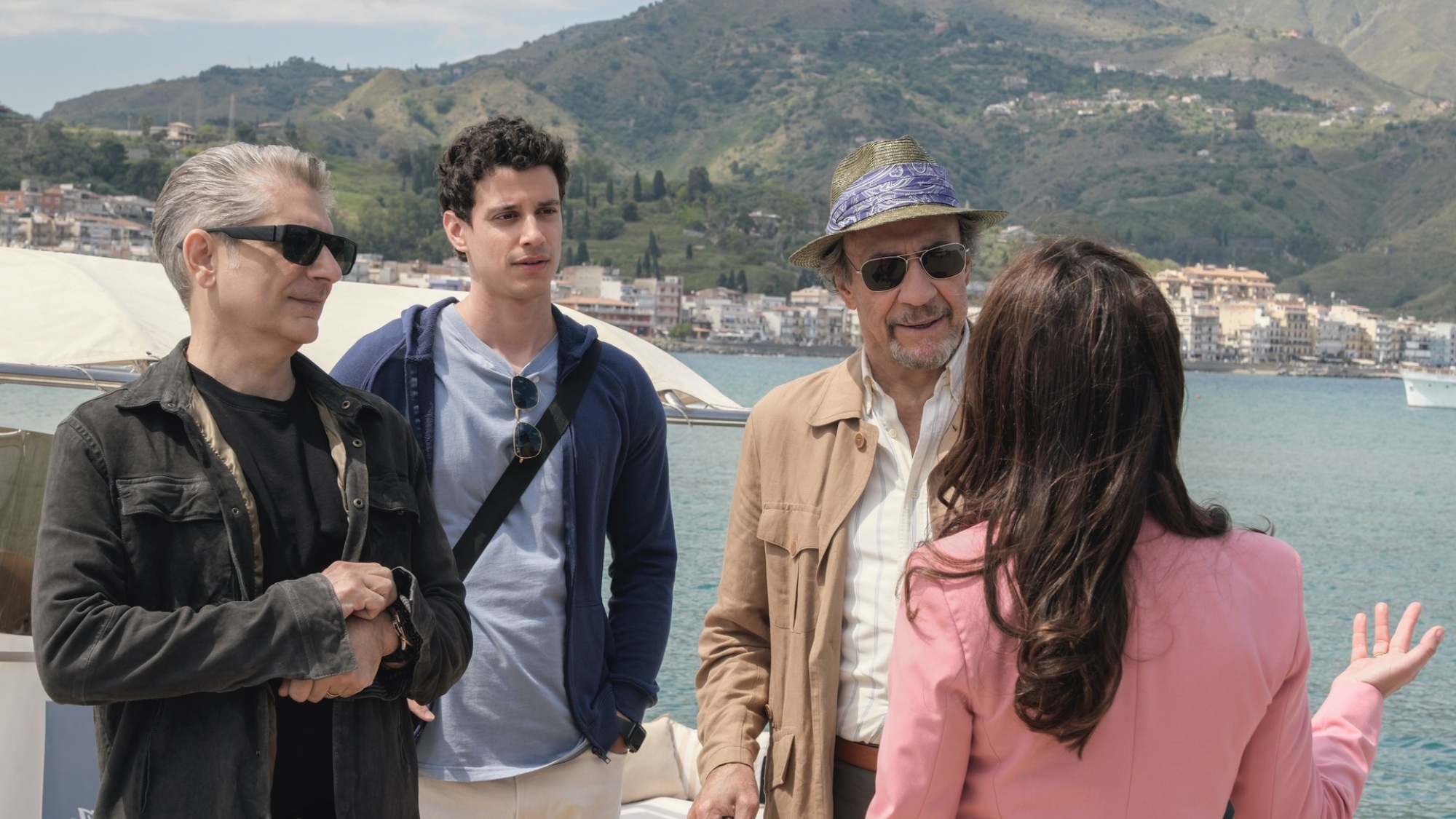 The boys trip trio of Albie (Adam DiMarco), his father Dominic (Michael Imperioli), and his grandfather Bert (F. Murray Abraham) are pretty likely to survive. They haven’t interacted significantly with Daphne, if we’re going by that logic. So far, the only major concern is Bert. Everyone keeps reminding him of his age, and at one point in the first episode, he falls and hurts his head. Could this be foreshadowing a darker fate? 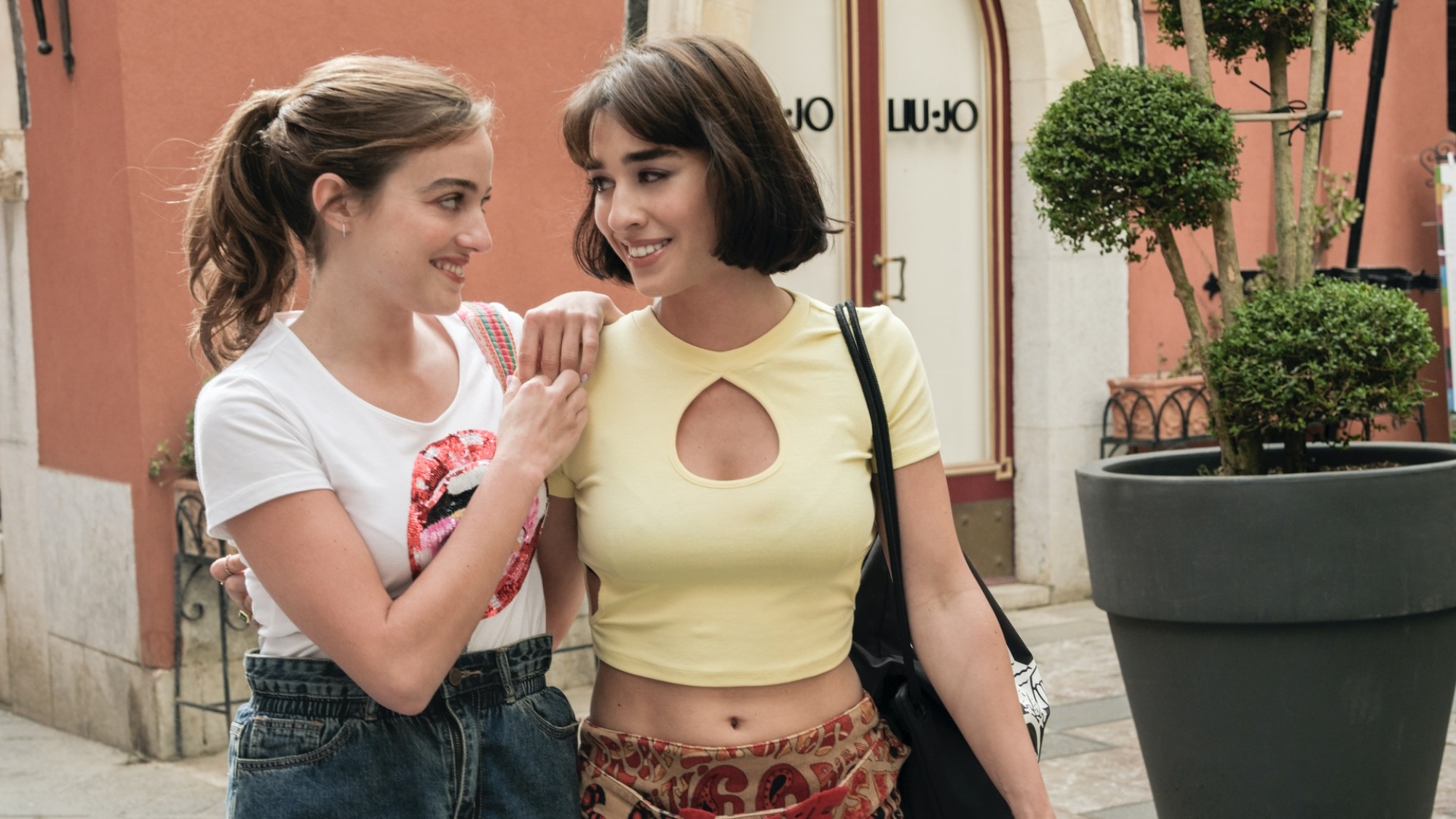 They might not be guests, but they’re not safe.
Credit: Fabio Lovino / HBO

If there’s one thing Season 1 of The White Lotus taught us, it’s that the rich resort guests face no consequences for their actions while the staff and locals suffer. We know based on the first scene of Season 2 that Valentina and the rest of the resort staff are all safe. However, the opening does not account for local sex worker Lucia (Simona Tabasco) and her friend Mia (Beatrice Grannò). While neither are formally guests at the hotel, Lucia’s entanglement with Dominic might mean the two of them will be hanging around at the resort more. Perhaps enough to be confused with guests?

While neither Mia or Lucia have any connection with Daphne so far, I’ve ranked them so high up because as non-wealthy locals, they’re in a far more vulnerable position White Lotus-wise than many of the affluent guests. Their deaths would definitely be in keeping with the show’s ethos that the rich emerge from bad situations unscathed.

1. Harper and Ethan and Cameron 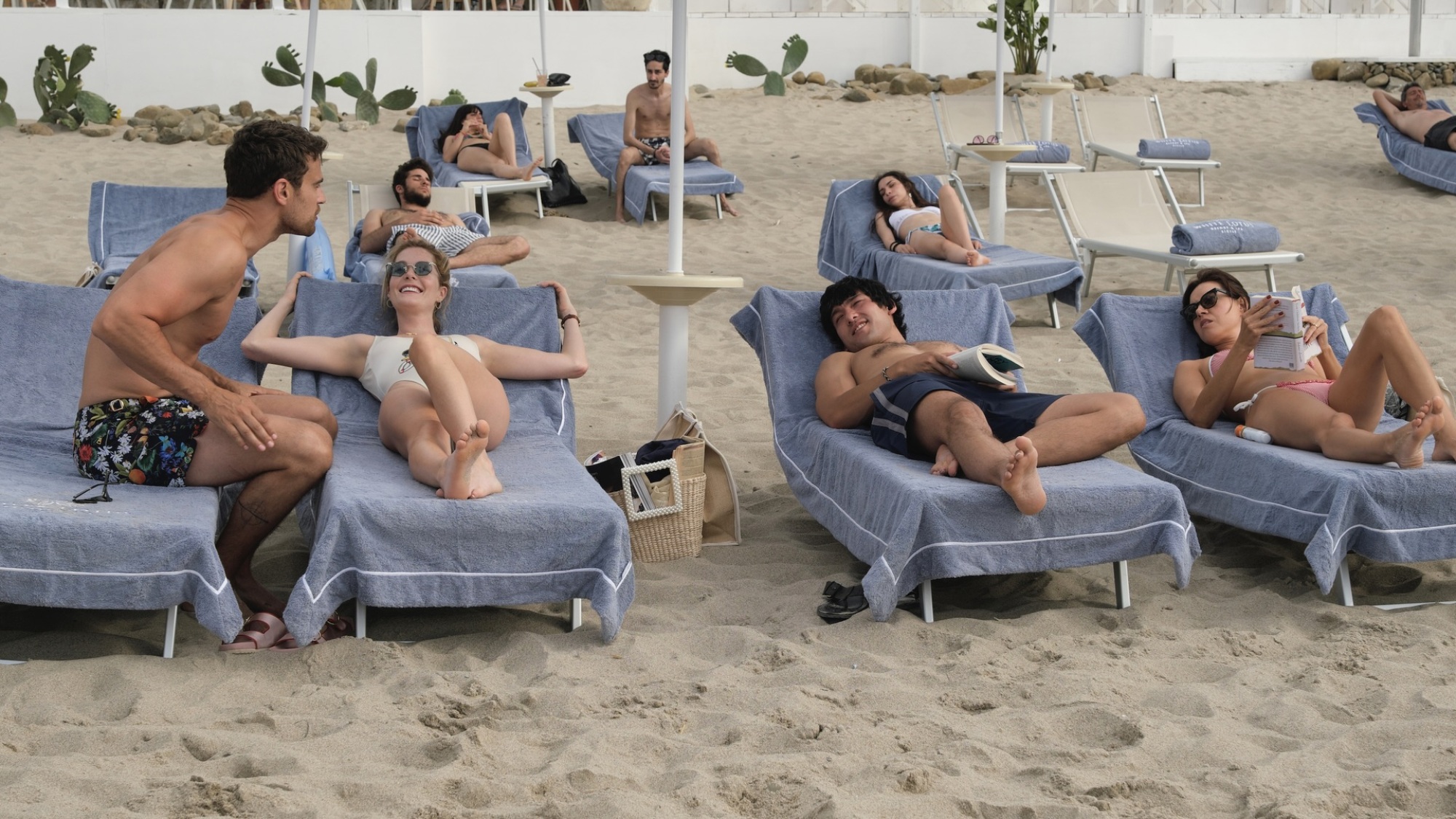 Will this entire quartet survive? Doubtful.
Credit: Courtesy of HBO

Going by the Daphne connection, her husband Cameron (Theo James) and friends Harper (Aubrey Plaza) and Ethan (Will Sharpe) are the most obvious candidates for the season’s victims. Tensions are already running high in the group, what with Harper’s dislike and distrust of Cameron. And you can’t forget Cameron’s violating NSFW power move of stripping down in front of Harper while the two of them were alone. Given the season’s focus on sexual politics, it’s clear something twisted is going to happen among these four. Could that something lead to… murder?

Strengthening this theory is the fact that all three of these characters are missing from the season’s first scene. They could be packing their things, as Daphne does mention this is their last day at the resort. Or they could be hashing out their problems in the Ionian Sea. My guess? The latter.

New episodes of The White Lotus Season 2 are available Sundays at 9 p.m. ET on HBO and