Things everyone knows about Yohji Yamamoto: he makes lots of black clothes; he’s old and sometimes ; he’s kinda into sports. Well, he definitely likes soccer or at least . But Yamamoto is also apparently a big fan of baseball.

Now, if Yamamoto wasn’t into America’s pastime, I would be more surprised. Yohji Yamamoto Pour Homme was entirely inspired by baseball, for crying out loud!

But we haven’t seen many sportsball nods since then, aside from the Y-3 stuff. So color me intrigued when late July engendered not one but TWO separate Yohji Yamamoto baseball collaborations, each for leagues on different sides of the planet.

On September 6, 7, and 8, the Giants’ games at Tokyo Dome will see not only the folks in the game shrouded in Yamamoto’s black garms but the entire stadium itself will match: a press release hints that Tokyo Dome will be “dyed” black to match Yamamoto’s Giants uniforms.

And, like any good fashion/baseball crossover, Yamamoto’s limited edition designs will soon be available for the public to purchase on the .

Not that they’re particularly crazy designs, mind you, but this one’s for the Giants fans.

And the other one’s not. Here, Yamamoto is back with frequent partner New Era for their second or third collab this season alone. It’s insane! These companies can’t stay apart.

Here, Yamamoto’s entry-level Ground Y sub-label is digging into some sportswear staples, including a 47 cap and coaches jacket, which are steeped in, uh, admiration for America’s Major League Baseball teams.

I don’t know what else to call the emotion that Yamamoto and co. are going for here, because the end result is a kind of bizarre alphabetical list of the team names.

It’s kind of funny to be reminded of both how similar these teams’ logos are and how the arbitrary names lead to a bunch of “A”s sitting throughout.

The cap is even plainer, with just a “GROUND Y” logo stitched on the front and little else. But, if that works for you, it’s all on .

With all the stuff churning out of Yohji Yamamoto Inc. these days — , new stores, anime collabs — they can’t all be bangers. Or home runs, if you will. 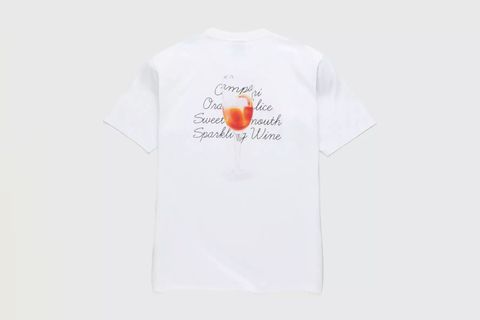